Hello friends! Welcome back to my casual Commander corner of the Cardsphere universe. 2022 is coming to an end, all of this year’s sets have been released (it was a lot), and it’s time to look back and reminisce on the year that was. Like last year, I’m gonna start by giving out a few awards, then we’ll dive into my top 10 cards of the year for Commander.

This year was a bit of a dud for new mechanics. Nothing really lit up Commander nearly as much as last year’s Magecraft, but that might be a good thing because Magecraft is busted. All the good mechanics came at the beginning of the year, with Neon Dynasty’s Reconfigure, New Cappenna’s Casualty and Blitz, as well as this year’s winner: Connive. Connive and Casualty were really close, but Connive ekes out a win here due to the card advantage and not needing fodder to activate it. The worst of the year? Probably Powerstones. They enter tapped and have limitations on their use?

Underplayed Card of the Year

I think this category will be the one that gets harder and harder to award each year, as more and more product gets released and countless gems slip through the cracks of bulk bins. On the other hand, you do have to scroll down really far on the EDHREC page of each new set to find a new card that’s in fewer than 5 thousand decks. And, as you know, EDHREC only pulls in data from deck-building websites, so we know for certain that these cards are being played even more than what we see, since there are countless Commander players out there who don’t log their decklists online.

All that being said, my award for underplayed card of 2022 goes to: Contraband Livestock. This removal spell costs one more mana than Swords to Plowshares or Path to Exile, but it’s much cheaper to buy, and the drawback effect is, in my opinion, better. I’d rather give an opponent a 2/2 than a land or life gained almost every time. Even a 4/4 isn’t that bad. Other gems include Life of the Party and Cone of Cold.

Overhyped Card of the Year

Last year this award went to Archaeomancer’s Map, and I still stand by that. This year’s award goes to a card that elicited many a groan from the Twitter community when it was previewed, including from yours truly. However, despite the card’s immense power, it came and went and didn’t upend the format like we feared, and like previous treasure-making cards have done. 2022’s Overhyped Card of the Year goes to Bootleggers’ Stash. Unlike Archaeomancer’s Map, which I never understood the hype for, Stash has all the makings of an absolutely busted card. There’s nothing that green does better than dropping extra lands on the field, so it seemed like a home run. However, I think the general consensus was that it was just "too much". Many people are over the whole treasure thing, and a lot of people didn’t play it because, frankly, green doesn’t need it.

My pick for this year’s Best New Commander is… kinda boring. But sometimes Titanic wins the Oscar for Best Picture, so this year’s award goes to Jodah, the Unifier. Not only is he a Heroes’ Podium in the command zone, he also gives you a free legend whenever you cast one from your hand. All 5 colors means you get to put the best legends from 30 years of Magic into your deck and just go nuts. Like I said, it’s boring, but I don’t think there’s anything better this year.

Runner-up goes to Isshin, Two Heavens as One.

This is, by far, the most difficult award of the year. I’ve gone back and forth between three different sets over and over, and changed my mind at least 10 times. In the end, I’m going with my heart, and saying New Capenna is the best set of the year. While I know Neon Dynasty and Warhammer 40K are probably the more popular sets of the year, and Commander Legends 2 is getting more popular by the minute (more on this shortly), nothing spoke to my weird, janky Commander playstyle nearly as much as Capenna. Especially if we’re lumping in the Commander decks, which are just bursting with incredibly flavorful, niche cards like Body Count, Life Insurance, and Master of Ceremonies. And the main set had several cards that have been hugely popular with the community, like An Offer You Can’t Refuse, Professional Face-Breaker, and the completion of the Triome cycle. I’ll be revisiting this set for years to come.

Okay friends, it’s time for me to admit my biggest blunder of the year. This is a new category this year, and hopefully I won’t have to do it again next year. I definitely won’t make any bad calls next year, right? Anyway, after half a year, and actually playing with these cards a lot in the last 3 months, I’m here to tell you that I was wrong about Backgrounds. They are an absolute BLAST. I now have two Background decks, which I wrote about here and here, and I’m working on building a third. I’m also building a Narset, Enlightened Master budget deck that runs every Background in her color identity.

Not only was I wrong about Backgrounds, I’d say Battle for Baldur’s Gate as a set is much better than I gave it credit for. It has aged superbly, and will only continue to do so. I only wish there weren’t a new set coming out every month so that we could actually enjoy all of Baldur’s Gates treasures.

As I said in my review of Brothers’ War, this doesn’t seem new and exciting, until you realize that the creature tokens are also lands. Landfall decks can’t get enough of this card, and Golgari aristocrats decks are certainly excited about it too. If you manage to untap with all the tokens you made, there’s a very small chance that you won’t win.

This card does something that we’ve never seen before, and the ramifications of what you can do with it are astonishing. And it’s so new, we probably still haven’t seen all of the interactions that it makes possible. Suffice it to say, your Kodama’s Reach can fetch out Urborg, Tomb of Yawgmoth and Cabal Coffers together. Enjoy!

Not to disparage its fans, but Unfinity is not exactly popular among a lot of Commander players. The stickers and the Attractions…I just don’t have time for all that. But the one card that stood out among the Clown Cars and Bamboozling Beebles was Saw in Half. The two copies being half-strength matters very little when you’re making creatures with powerful ETB effects. Think Dockside Extortionist, or Grave Titan, or Avenger of Zendikar… You get the idea.

Bastion Protector is nice and all, but giving your commander protection from everything could be the best thing you could do for your deck. So often our decks revolve around our commander, and in many cases might not do very much without it. Or perhaps you’re running a format villain like Atraxa, Praetors’ Voice or Chulane, Teller of Tales, and you’re tired of them getting hated off the board. Then Vexilus is for you. While Vexilus itself may still be vulnerable, it’s an extra step your opponents have to take to deal with your commander.

This card is so good that I had to take apart my blink deck after I played it. I honestly just felt dirty with the shenanigans this card caused and the misery it put my opponents in. I can’t be trusted with this kind of power.

All of the ancient dragons from Baldur’s Gate are good, in fact Ancient Silver Dragon is also worthy of being on this list. But being able to make double-digits worth of treasures just by hitting your opponent is too powerful to ignore. Now imagine giving it double strike.

The only legendary creature on this list, and her effect is so strong that she can literally go in any black deck and cause your opponents nightmares. Because everybody loves to draw cards in Commander, but nobody likes to be hurt for it.

I thought about having Alliance be my mechanic of the year, but it’s not really a mechanic, so much as a triggered ability. And it’s also something that we’ve seen before, even if it didn’t have a name. White decks that drop a lot of creatures, many of them token decks, should all be running this for the incredible card advantage it provides. Being able to filter through the top of your deck over and over until you find the card you need is never not good.

Phyrexian Arena who? As many Commander players will tell you, life is a resource. As with Sylvan Library, there’s very little reason to not take everything you can. Unless, of course, your life is low. Then you just take what you need. Still, the advantage this card gives you for just 3 mana is incredible. Which is why you’re gonna find yourself paying almost $30 to buy one.

And the best card of the year for Commander is….

I’ll cheat a bit and say all of the Channel lands from Neon Dynasty take the #1 spot, but Boseiju is easily the best of them, with Otawara, Soaring City the next best. There’s no reason not to swap out a Forest to run Boseiju in every green deck you own, aside from the price tag, of course. And the Channel effects are actually activated abilities, so they can’t be countered by normal counterspells. You need a Stifle or Defabricate to deal with them. Their strength, and their ubiquity, are why they’re the #1 cards of the year.

As the sun sets on 2022, I want to take a moment to thank you all for joining me here at Cardsphere for my bi-monthly articles. It’s been a pleasure, and the Cardsphere team has been an absolute joy to work with. I look forward to continuing my Commander writing with them next year, and hopefully 2023 will be even better. 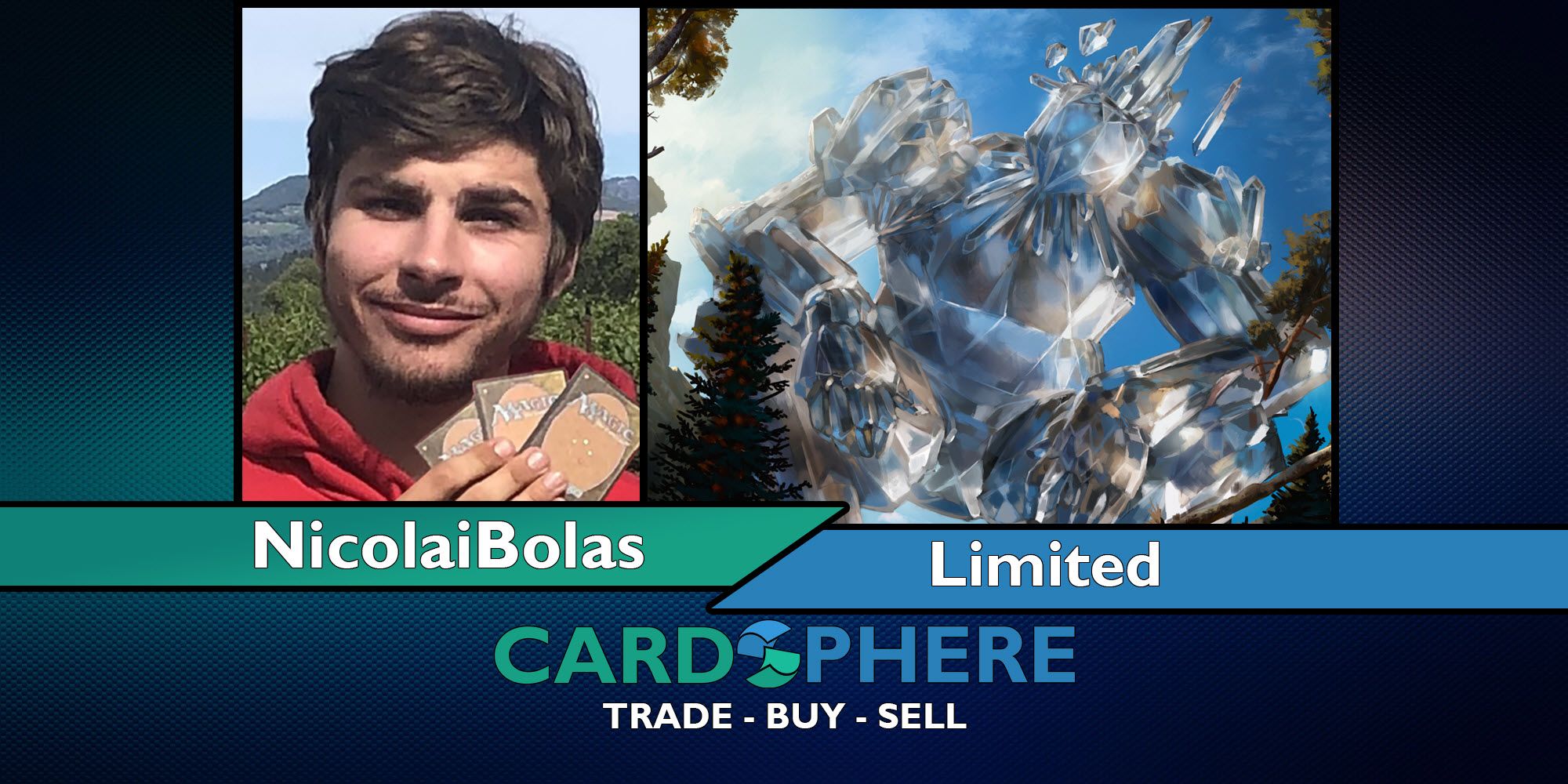 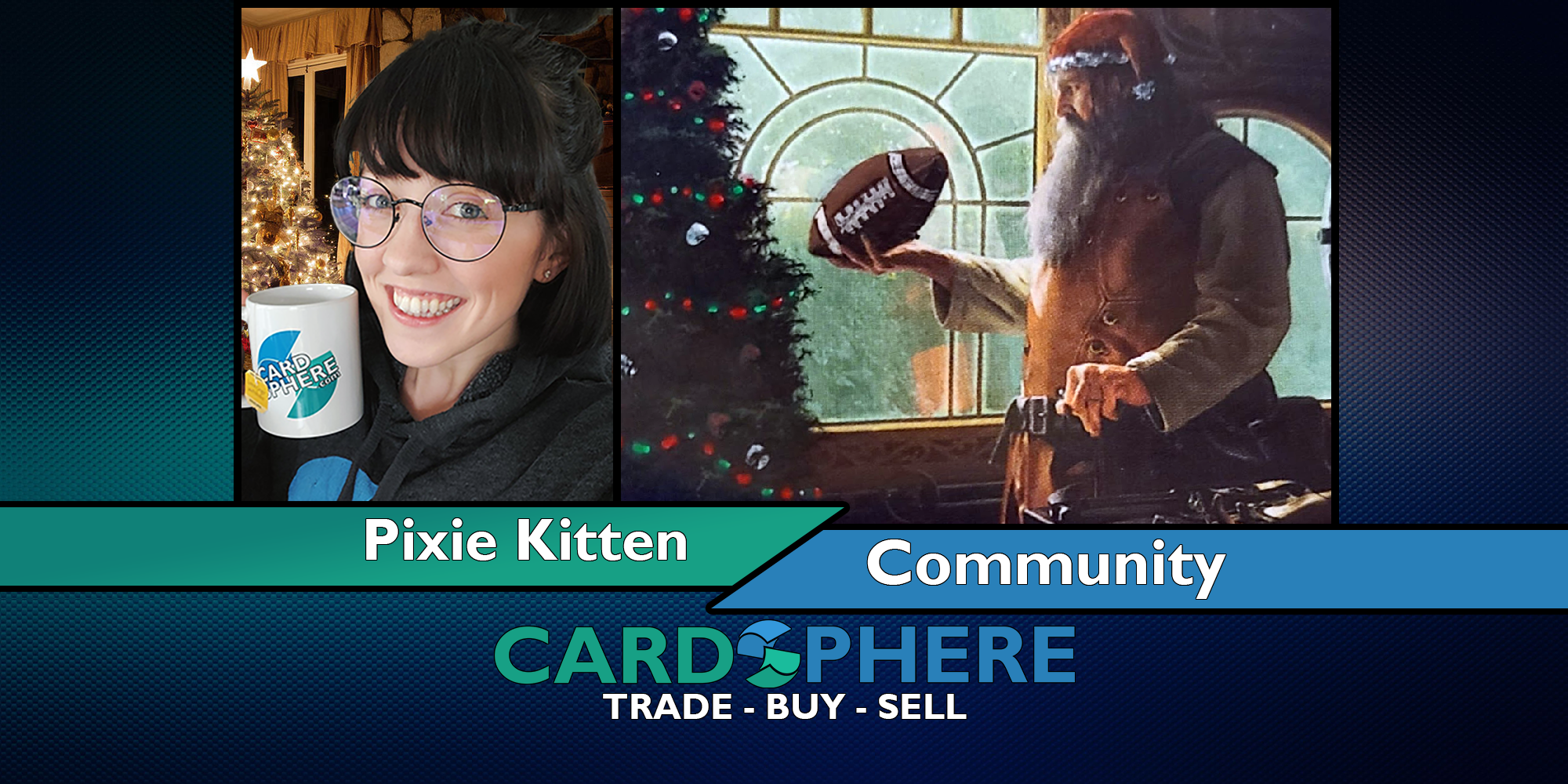 Instead of brewing up a new deck, Pixie Kitten is flipping through Scryfall imagining which Legendary creatures would throw the best Christmas party. Happy Holidays, folks!

Trading Posts
—
The Top 10 Commander Cards of 2022
Share this