Hey friends! Welcome back to Cardsphere. We’re here bringing you a “beary” good Commander deck tech from Commander Legends 2. For our last tech we made embarrassing amounts of artifact tokens with Jan Jansen. Today we’re shamelessly using our opponents’ creatures for our own benefit, with an “Anything you can do, I can do better” approach. And we’re doing it all with Wilson, Refined Grizzly and Shameless Charlatan.

My interest was piqued when Shameless Charlatan was revealed during the Baldur’s Gate previews. A confusing card at first, it made me wonder why I would want to turn my commander into something else. Especially when most commander decks are built specifically around the commander’s abilities. But what if instead of building around our commander, we just rely on others to do the work for us? Similar to Lazav, Dimir Mastermind, we’re upgrading our commander to a bigger threat, but without having to wait for that creature to hit the graveyard. And if we’re going to turn our commander into someone else’s creature, why not make a whole deck around that concept? So we’re going to be busting out all kinds of Clones and copy spells to fill our board with the best stuff on the field. But who to lead it?

Obviously, if I wanted Shameless Charlatan in the command zone, then I had to use a Choose a Background creature. What I wanted from that creature was to have it be low mana value so I could re-cast it easily if it dies, and either green or black, since green/blue or black/blue are the best color pairings for a clone and copy deck. Immediately, Wilson, Refined Grizzly jumped out as the best option. At just 2 mana, Wilson is easy to cast multiple times in a game, and he has that crucial extra protection from his ability of being uncounterable. So I’ll be guaranteed to get him on the board every time I cast him, with Ward 2 protecting him until I can change him with the background.

Nice Deck You Got There

We can’t just rely on turning Wilson into something good. That’s just one creature! We’ll need other clones that can copy our opponents’ creatures, and for that we have: Clever Impersonator, Phyrexian Metamorph, Stunt Double, Undercover Operative, and Vizier of Many Faces.

We’re also making token copies with: Clone Legion, Elminster’s Simulacrum, Progenitor Mimic, Rite of Replication, and Theoretical Duplication. And since we’ll now have our own creatures that we can also copy, we’re tossing in: Cackling Counterpart, Extravagant Replication, Glasspool Mimic // Glasspool Shore, Irenicus’s Vile Duplication, Repudiate // Replicate, and Spark Double. We’re also going to try to circumvent the legend rule by bringing in Sakashima of a Thousand Faces and Mirror Box, so we can make a field full of legends.

We have a lot of token makers, so let’s lean into that a bit. We’ll add: Second Harvest, Adrix and Nev, Twincasters, and Esix, Fractal Bloom.

And, what the heck, just for fun, let’s toss in an alternate win-con with Biovisionary.

Our goal with this deck is simple: we kill our opponents with their own creatures. But, as with any Commander deck, we need our supporting cards to make sure we can keep up with everyone. We’re trying to have a lot of creatures on the board, so Circle of Dreams Druid is going to be great (and certainly more affordable than Gaea’s Cradle) for ramp. We’re also running Tireless Provisioner for its treasure-making, as we can clone the elf to make extra treasures, or use Esix, Fractal Bloom to turn a treasure into a creature. Along those same lines, I’ve thrown in Ezuri’s Predation, which can either be a powerful board wipe, or potentially something much more devastating with Esix.

And lastly, it’s going to be crucial to protect ourselves with this deck, as some opponents won’t take too kindly to us stepping on their territory. Aetherize and Aetherspouts are great ways to get rid of incoming threats (after we’ve cloned them, of course). Guardian Augmenter gives both Wilson and Shameless Charlatan Hexproof. And Sublime Epiphany gives us some huge versatility in protection, while also playing into our token sub-theme.

Here’s the full decklist with a link to Archidekt:

It’s hard to really go into depth with strategy for this article, because we honestly don’t know what our strategy is going to be until our opponents start playing creatures. For that same reason, it’s almost impossible to get a good read on this deck by playtesting it; you simply can’t goldfish it effectively. But sometimes it’s fun to just go into a game with no expectations. A different adventure every time!

So what do you think of this deck? Hit me up on Twitter at @AndyZupke. You can also catch my budget EDH content group Scrap Trawlers on YouTube and Twitch. 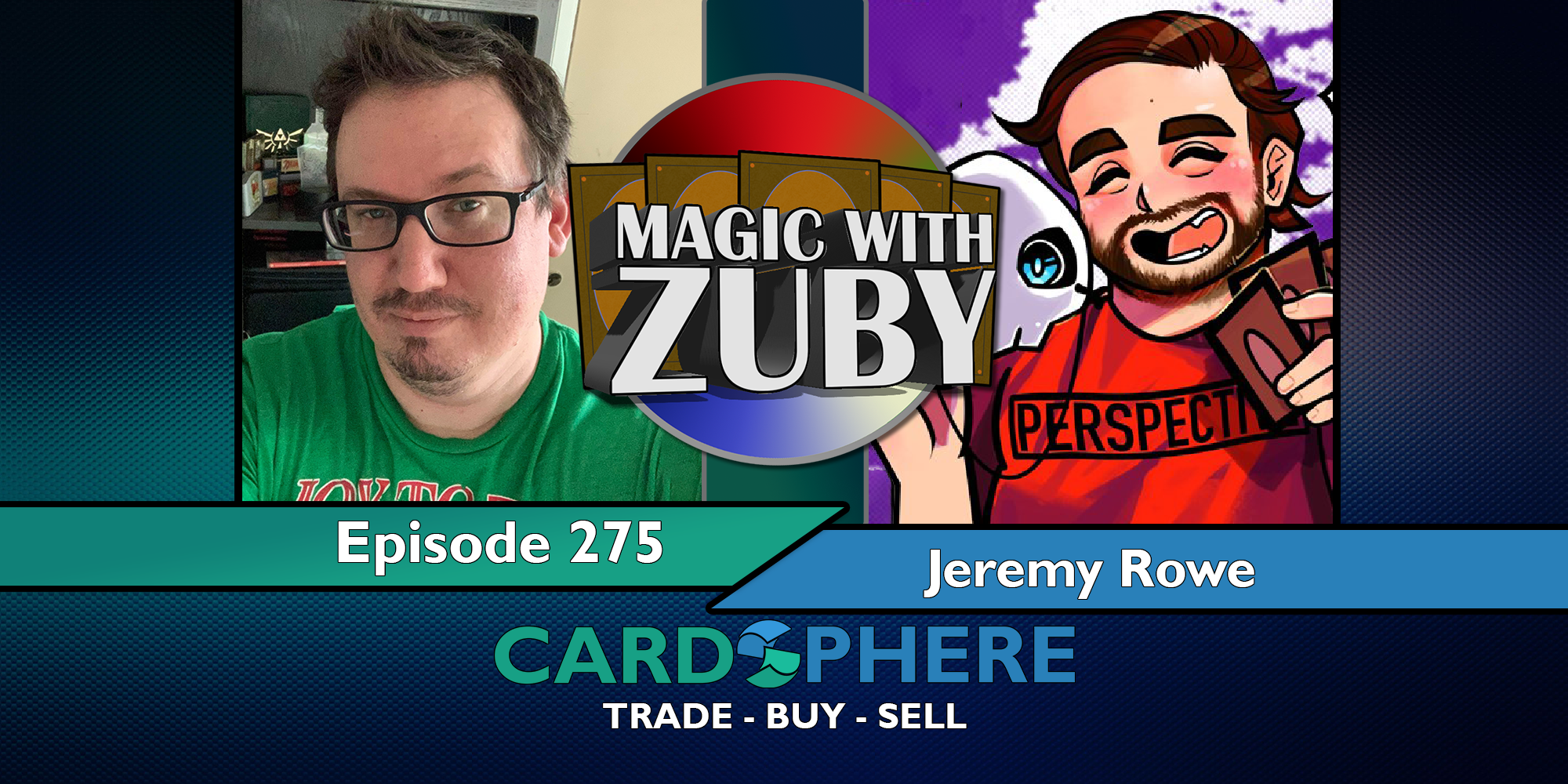 This week we brought on Jeremy Rowe, also known as Coach J Ro, to discuss his career in content creation as well as being a teacher and college professor. Please help me in 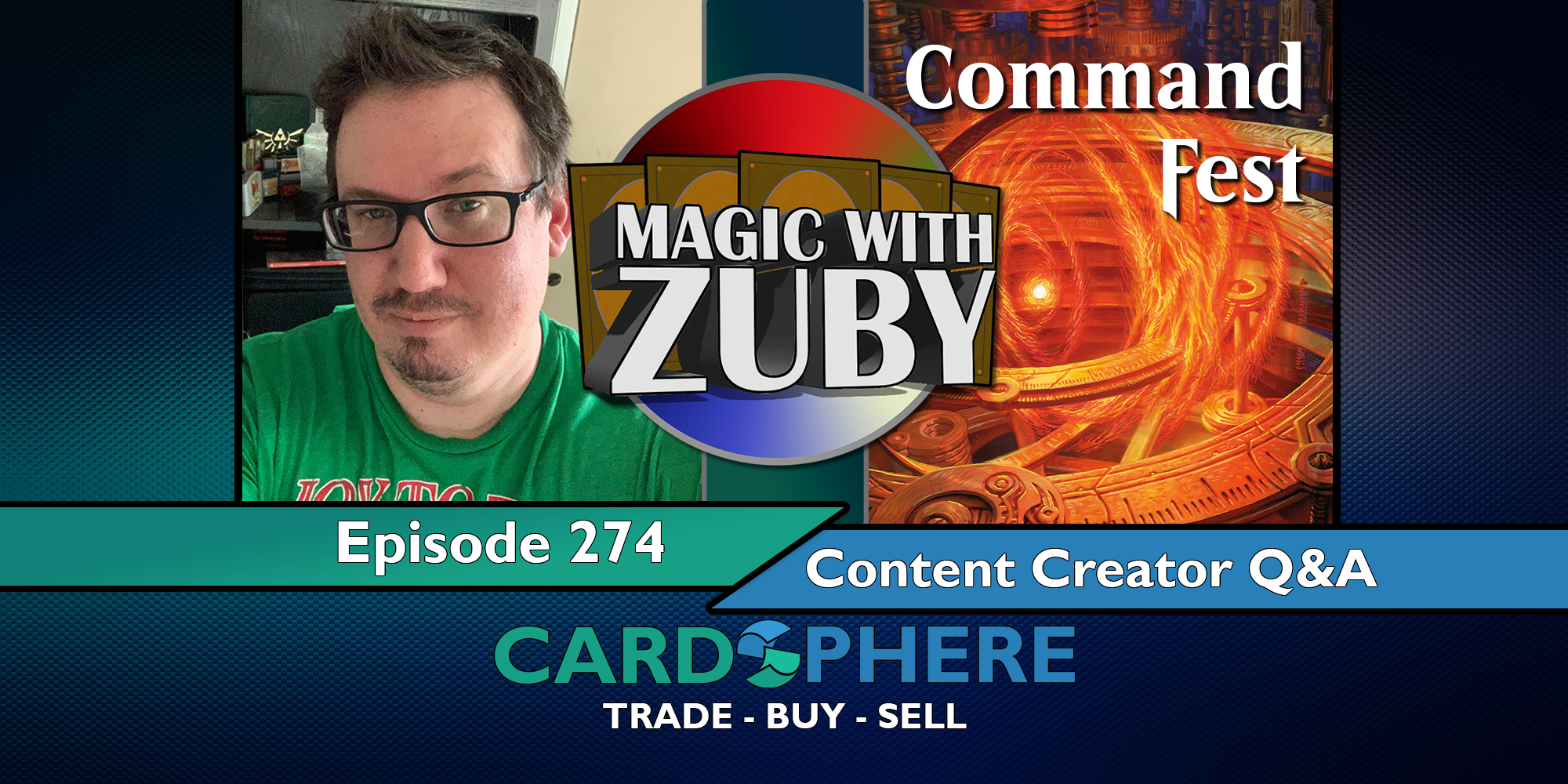 Zuby was a special guest at Commandfest Philly and during the weekend he was apart of a few Q&A panels. We managed to record one of these panels. On the panel with Zuby were the amazing content creators, Nat, Ron, and Shannibal.