What’s up friends?! Welcome back to another Commander article here on Cardsphere. I hope you’re all staying safe and having a great summer. Today we’re going to look at cards that combine two of my favorite qualities in a Magic card: they’re cheap, and they’re new. Yes, we’re talking all the great new cards from Adventures in the Forgotten Realms that won’t wreck your wallet. Can’t afford Tiamat or Old Gnawbone? No problem! This set is overflowing with cheap goodies that are fun to play with. Let’s dig in.

A few articles ago, I talked about the power of modal cards in Commander, and how I view them as another form of card advantage. Some of the best budget cards in this set are the modal cards, the cards where you get to choose its effect when you cast it. You Find Some Prisoners acts as removal or card advantage, or even ramp if you choose to play an opponent’s land card! This is a great card for Prosper, Tome-Bound, who loves playing cards from exile.

Or how about You Find the Villains’ Lair for your Cascade deck? I don’t run counterspells in my budget Imoti, Celebrant of Bounty deck because it’s no good to Cascade into them. But if you Cascade into this card, you can just draw 2 and discard 2. You don’t lose out on casting a spell! You’re Ambushed on the Road can save one of your creatures by either bouncing it to your hand or making it bigger. For just one mana! All of the modal spells in this set are dirt cheap, and they’re all absolute gas in the right deck. Don’t overlook them!

One of the best things about Adventures in the Forgotten Realms is all of that delicious D&D flavor that it brought into the game. While I don't have experience playing D&D, I still greatly appreciate the way this set connects to that world. And one of the best connections is the class cards. The classes are all enchantments that grant you an effect or ability as soon as they hit the board, but you can also pay mana to level them up for additional effects. So they’re kind of a blend of the Level Up ability and sagas. But unlike sagas, they stick around.

Not all of the class cards are friendly on the budget, but most of them are quite affordable. Cleric Class increases life gain, beefs up your creatures, and will bring any creature card back from your graveyard when you hit level 3. Druid Class lets you play an additional land per turn on level 2, and it's the only mono-green permanent under $5 with this effect. Monk Class decreases the cost of the second spell you play each turn and gives you some great card advantage on level 3. And Warlock Class is a less powerful Wound Reflection at Level 3.

This set has a ton of great artifacts that you can pick up for cheap. One of those is Winged Boots, which is in the Forgotten Realms Commander product. While it does have a color restriction, it’s still a great budget replacement for Swiftfoot Boots or Lightning Greaves. Wizard’s Spellbook is one of my favorite cards in AFR, and you can currently pick it up for a quarter. With it, you get to exile instants and sorceries from graveyards and play them! And if you hit that natural 20...well, it won't happen often. But when it does... Expensive to cast, but that’s why we play Commander, right? To play the big dumb spells.

Vorpal Sword, which I talked about in my deck tech for Krydle, can kill a player if you’ve got the mana. Fiendlash dishes out some serious damage, and is great in decks with big power, like Zilortha, Strength Incarnate or the new Zalto, Fire Giant Duke. Holy Avenger gives you free auras when an equipped creature deals combat damage, so dust off your Eldrazi Conscription and Colossification! And Immovable Rod shuts down a threat on the board. This card is great for use against terrifying commanders, because they can’t just recast them like when you kill or exile the commander.

Wizards of the Coast is not stupid. They know that Commander is the most popular format, and they know that people love legendary creatures, not only because they can then be commanders, but because they also add a lot of flavor to the sets. And because we’re getting so many legends with each new set, we’re seeing a large number of them that are cheap to buy. AFR is no exception. Of the 42 new legends, 32 can be purchased for under $3 (excluding shipping costs). That’s 32 new legends that you can buy and brew for cheap!

Aside from Krydle and Volo, which I’ve already done deck techs on, you can build a forced combat deck with Karazikar, the Eye Tyrant. Cast Disrupt Decorum for maximum effect. Or slap a Shiny Impetus or Parasitic Impetus on an opponent's creature. Just keep Sudden Spoiling handy in case your opponents turn on you (they will.)

Or how about a Storvald, Frost Giant Jarl Mutate deck? I already brewed that, and you can check it out here. Or a Varis, Silverymoon Ranger wolf deck? There’s plenty of fun to be had here!

Let’s talk about some of my other faves from this set. Fevered Suspicion costs an incredibly high 8 mana, but it’s less than a dollar to buy! What I love about this card: they go until they hit a non-land, so you’re not gonna lose out if their top card is a land; you get to cast those spells for free; and it has Rebound, so you get to do it again on your next turn.

Hellish Rebuke is one of the best gotcha cards ever printed. Reactive cards like this are my jam. If you’ve got an opponent coming at you with a handful of creatures, cast this baby before damage resolves. If their life total is low enough, you might just take them out. Or how about you “accidentally” show this card in your hand? Seems like a good way to deter some attacks, don’t you think?

Midnight Pathlighter is a powerful evasion card. If you’re going wide aggro in blue and white, this card is a can’t miss. Not quite as good as the all-star Archetype of Imagination, but I’d definitely say running both is worthwhile. I’ll be adding this guy to my Tazri, Beacon of Unity Party deck.

Minimus Containment is like Imprisoned in the Moon or Darksteel Mutation, but without the feel-bads. If you put this on someone’s commander, all they have to do to get their commander back is sacrifice it. No biggie, right?

So what are your favorite budget-friendly cards in AFR? Hit me up on Twitter at @andyzupke and let me know. You can also catch me streaming budget Commander every Sunday night at 7:30 Central at twitch.tv/scraptrawlers.

Until next time, take care my friends, and please stay safe. And play lots of games! 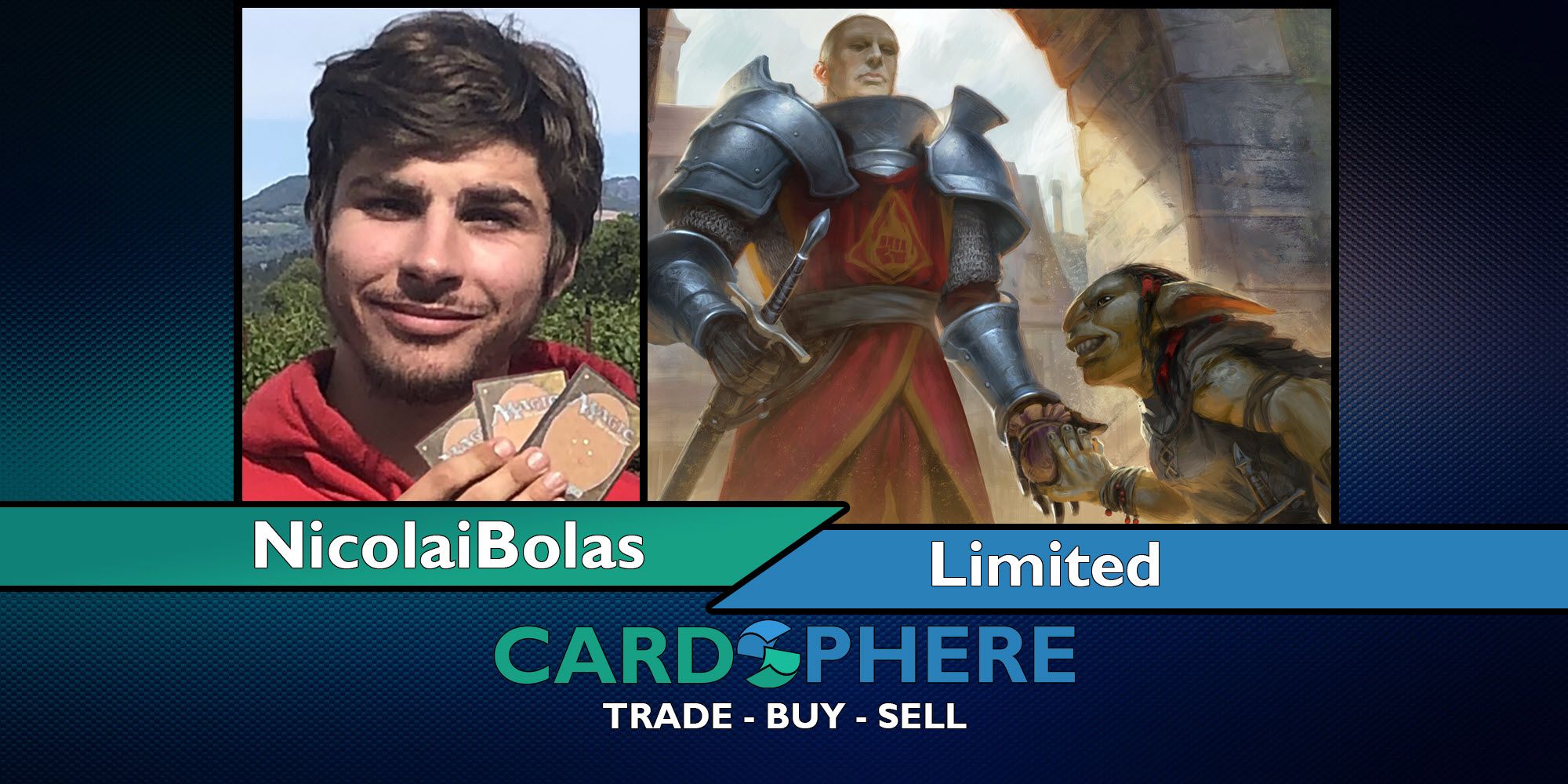 Evaluating the power vs. flexibity of your picks is a key consideration for careful drafters. NicolaiBolas lays out his thought process when doing so for color, cost and strategic values.

The bots have a few loose screws this time around. Join Ben FIscher as he shares some tips and tricks for Adventures in the Forgotten Realms Quick Draft!