Like a whisper in the night, you hear it. The distinctive sound of metal piercing flesh. You look down and see the source: a dagger now protruding from your side. From the darkness emerges before you a hooded figure, their fingers wrapped around the handle of the weapon that now dwells inside you. Darkness covers their face except for a sneer. A brief chuckle, the fog of their breath, then the release as they withdraw the dagger. The hooded figure returns to the darkness. Your legs give out, and you crumple to the ground. Not from pain (you haven’t felt that yet), but from your nerves, which know what’s coming before your heart and brain can even begin to notice your lack of blood. All that’s left is to wonder: why? Why in bloody hell did you come to Baldur’s Gate?

Hello friends! And welcome back to Cardsphere. I’ve got another deck tech for you, and this one goes out to all you rogues and scoundrels that like to sneak in and smack faces. We’re winning with good old fashioned combat here, the way that Dr. Garfield intended. And our commander is a new legend from Adventures in the Forgotten Realms. So quiet down and suit up, and take your afternoon nap. Because tonight we’re sneaking in for some stabby damage with Krydle of Baldur’s Gate.

Krydle is a 1/3 human elf rogue for a blue and a black. Whenever he deals combat damage to a player, that player loses 1 life and Mills 1, then you gain 1 life and Scry 1. And whenever you attack, you can pay 2 generic mana to make a target creature unblockable until end of turn.

So what’s the play here? How do we want to approach this commander? Krydle likes to make creatures unblockable, how about we just fill the deck with creatures that have an effect when they hit someone’s face? And our big finishers are the cards that will make the biggest impact on... impact (I went to college for this writing stuff, can you tell?)

We’ve got two creatures that drain half of an opponent’s life when they hit, with Raving Dead and Virtus the Veiled. Then we have an equipment with the same effect, Quietus Spike. And the shiny new Vorpal Sword just instantly kills them if you pump some mana into it. Add Wound Reflection into the mix, and you’ve got a recipe for pain. What’s not to love? All right, how about one more win con? Let’s throw in Strixhaven Stadium. The stadium gets a point counter whenever we hit an opponent with combat damage. Then if it hits ten point counters, that player loses. It also acts as an inefficient ramp card!

Now Krydle only sneaks in one creature per turn, so we’re gonna need more help for getting our creatures through to people’s faces. For that we have Deepfathom Skulker and Open into Wonder to make creatures unblockable, as well as several swords to give protection, like Sword of Light and Shadow, Sword of Feast and Famine, and Sword of Hearth and Home. Strionic Resonator is also here, and can copy Krydle’s attack trigger if we need it. Ferropede and Etrata, the Silencer are unblockable all by themselves, and Guild Thief can make itself unblockable for a price each turn. And we can’t forget our utility lands like Rogue’s Passage and the new Access Tunnel.

In addition to knocking our opponents out with life loss (or game loss), we’ve got a bunch of other great effects in this deck upon face damage. Let’s start by looking at the ninjas. Here we have Yuriko, the Tiger’s Shadow, an incredibly popular commander, that deals out damage whenever one of our ninjas hits home. So we’ve also got Mistblade Shinobi and Fallen Shinobi as well.

And we have some big beefy creatures that bring the hurt, like Wrexial, the Risen Deep. It has Islandwalk and Swampwalk, so it’s got a good chance of hitting someone, and casts an instant or sorcery card from that player’s graveyard. Lord of the Void exiles the top 7 cards of an opponent’s graveyard and lets you steal a creature from among those cards. Necropolis Regent puts +1/+1 counters on creatures you control when they hit an opponent. Mindleech Mass lets you play a card from an opponent’s hand. And Demon of Loathing makes them sacrifice a creature.

For smaller creatures, we have Cephalid Constable, which bounces permanents equal to its power. So that’s one you’ll definitely want to suit up for some extra oomph. How about we equip it with Elbrus, the Binding Blade? That gives +1/+0 and when the equipped creature hits, it flips and becomes Withengar Unbound. Then there’s Drana, Liberator of Malakir, which puts a +1/+1 counter on each attacking creature when it hits. Bladegriff Prototype brings the multiplayer politics fun. Or hit your opponents with Liliana’s Reaver. They discard a card, and you get a zombie. All upside.

Getting lots of cards in our hand is always a plus in this game. Thankfully there are several cards that give you a card whenever one of your creatures hits. We’ve got Bident of Thassa, Coastal Piracy, Deepfathom Skulker, Jhessian Thief, Reconnaissance Mission, Sea-Dasher Octopus, and Sturmgeist.

Since we’re doing a lot of swinging, and Vigilance isn’t big in blue and black, we’ve gotta worry about the crack back. To protect us, this deck’s got Turn to Frog, Sudden Spoiling, Polymorphist’s Jest, and my old friend Darkness. We’re also running Keep Safe, Mirror Shield, and Swiftfoot Boots to protect individual creatures, and Teferi, Mage of Zhalfir to prevent shenanigans when we move to attacks.

Below is the full decklist, and here’s the link on Archidekt if you wanna take it for a spin.

So what do you think? Is this a good old fashioned beat down deck, or what? And there’s plenty of room to update the deck and make it yours. Make it speedier with some fast mana or tutors. Lean more into the ninjas and add a Maskwood Nexus. Or set Krydle on the throne with the Monarchy mechanic!

Let me know what you think of the deck! Hit me up on Twitter at @AndyZupke. You can also catch me streaming budget EDH with Scrap Trawlers every Sunday at 7:30PM Central. Until next time, take care. And play lots of games! 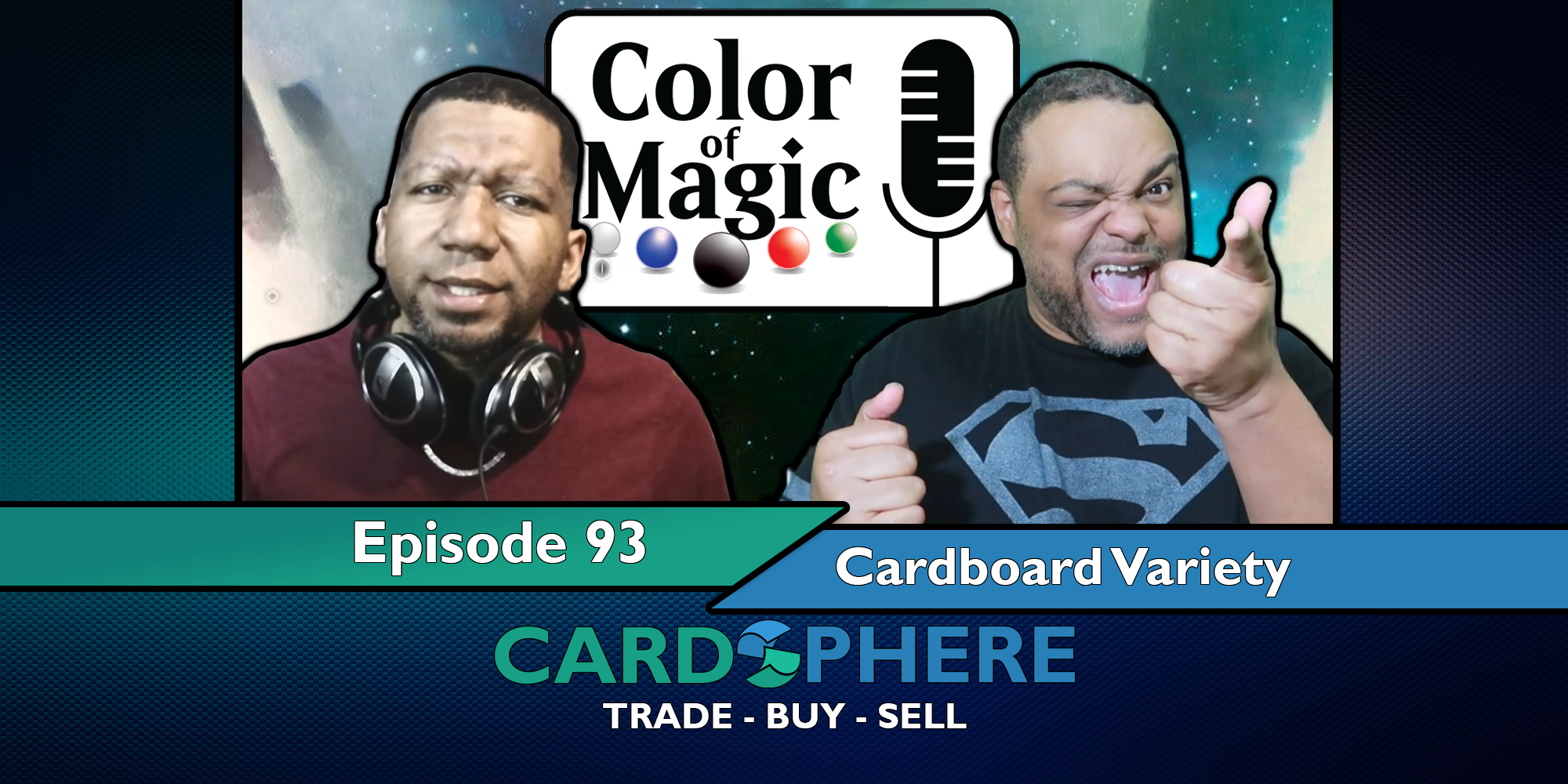 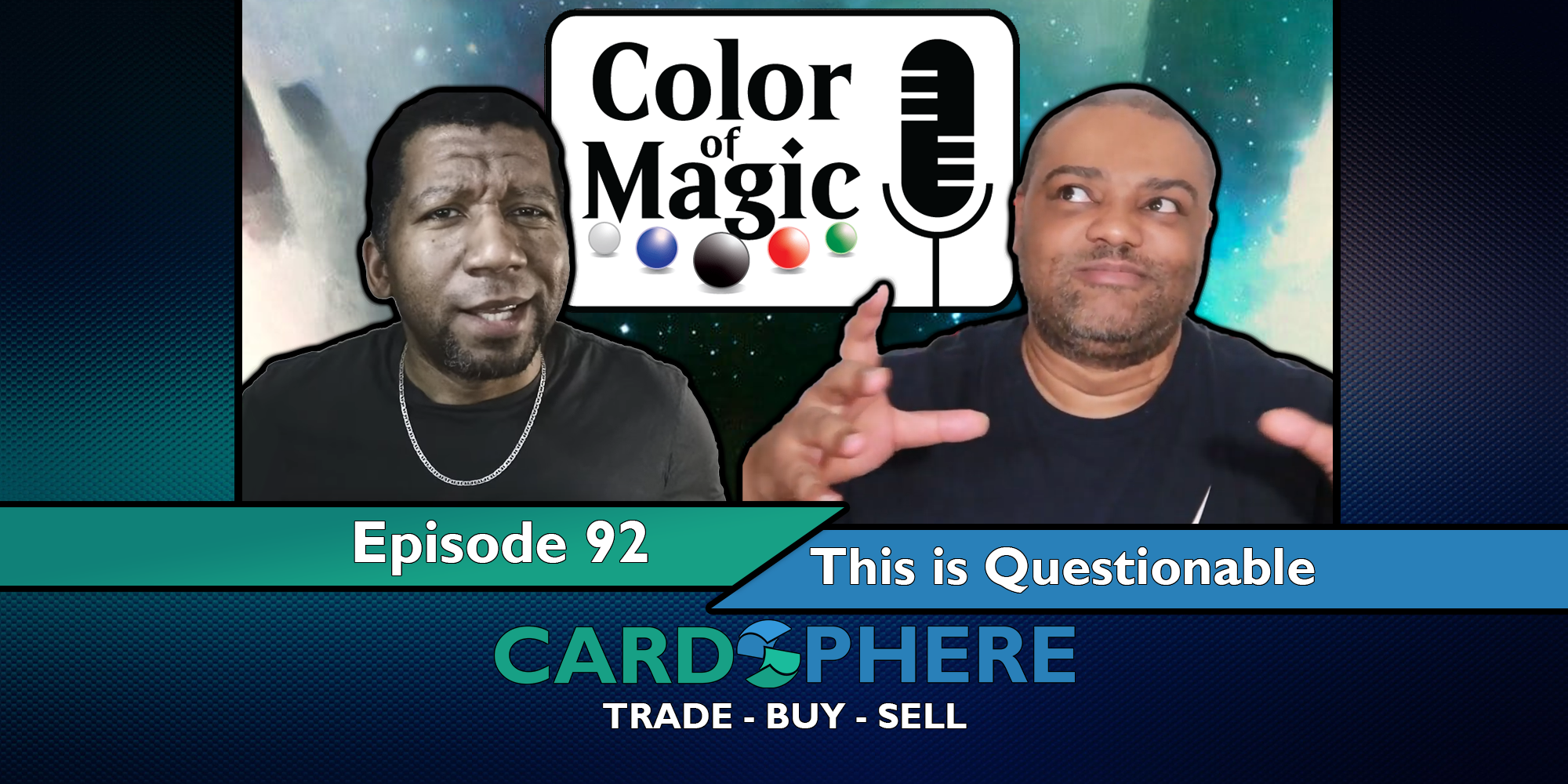