Greetings traveler! Welcome to the Cardsphere Inn, where the hearth is warm, and so is the ale. If you’re hungry, the bread is fresh and our chef is known across the realm for his tentacle stew. We do our best to keep the pugnacious folk out, but best to mind your step all the same. If it’s entertaining you want, there’s a chap over there in the corner. Big red beard, scribbling in his books. For a few coins, or a big compliment, he’ll tell you a tall tale that’ll curl your ear hairs in knots. His name is Volo.

Volo, Guide to Monsters is a 3/2 human wizard, and whenever you cast a creature spell that doesn’t share a creature type with a creature you control or in your graveyard, you get to copy that spell. Volo is, without a doubt, the coolest legend in Adventures in the Forgotten Realms. He does everything I want in a commander. He gives you power, and he gives you limits on that power. I’m a firm believer in the idea that restrictions breed creativity. This is a big reason why I love building budget decks for Scrap Trawlers, and why I love Volo.

You Only Live Twice

So what are our restrictions? First, we don’t get the copy trigger if we already have a creature that has that creature type on the battlefield or in the yard. So it behooves us to build a deck with few or no overlaps in creature types. And because Volo himself has two types, human and wizard, we’re going to get the most value if we avoid creatures with those types. Not hard to accomplish, but we lose out on some powerful creatures, particularly in blue. What else are we limited by? We can’t forget about the legend rule, which states that we can’t have two of the same permanent in play if they are both legendary. This means that while we’ll still get to copy legendary creature spells, either the original or the copy will have to be sacrificed when they enter.

Our path to victory is to cast, and copy, all kinds of value creatures, then throw out a big finisher spell for the alpha strike. For closers, we’ve got End-Raze Forerunners, which provides our creatures with +2/+2, vigilance, and trample until end of turn. Make a copy with Volo, and our creatures all have +4/+4. We’ve got Blossoming Bogbeast, which will give our creatures +2/+2 and trample every combat. Overwhelming Stampede will have a similar effect, pumping our creatures by +X/+X, where X the greatest power among creatures we control. Or how about Augmenter Pugilist // Echoing Equation? The Equation side is what we’re most interested in here, because it allows all of our creatures to become a copy of another creature we control until end of turn. I think 8 or 9 copies of Darksteel Colossus should seal the deal in most games. Or what better finale could we have, than a Finale of Devastation?

But Who Cares? No Big Deal. I Want More.

I’m not satisfied with just making copies with Volo. I want more. So we’ve got Clever Impersonator, Phyrexian Metamorph, and Spark Double, which will come in as copies of other things, but will also get copied themselves by Volo. But what if I want another... Volo? For that we’ve got the only legendary creature in the 99, Sakashima of a Thousand Faces. Just imagine copying all your creature spells twice. Double Major can do the trick as well if we cast it when we cast Volo. Twinning Staff will make a copy of every spell that you copy, so that’s a no-brainer inclusion. Giant Adephage will make copies of itself when it hits. Second Harvest will copy all of your copy tokens. And for fun, we’ll throw in a Temur Sabertooth. This cat will let you bounce a creature you control to your hand. Then you can recast it with Volo out for another copy.

As always, we wanna keep our hand full. For that, we’ve got Beast Whisperer, Consecrated Sphinx, Mulldrifter, Ohran Frostfang, Primordial Sage, and Stormsurge Kraken. Idol of Oblivion is great here since our commander makes tokens. Shared Summons grabs us two creatures from our library, and Lifecrafter’s Bestiary lets us filter our top card each turn and draw a card whenever we cast a creature. Then we’ve got some more advantage with Apex Devastator, which will get us 4 free spells, and Wandering Archaic // Explore the Vastlands, for copying our opponents’ instants and sorceries if they can’t pay the toll.

All these giant beasts make our average mana value a little high, so we’re gonna need a lot of ramp. For creatures, we’ve got Birds of Paradise, Burnished Hart, Circle of Dreams Druid, Ilysian Caryatid, Kiora’s Follower, Maraleaf Pixie, and Regal Behemoth. We’ve got a few rocks, with Sol Ring, Arcane Signet, and Thought Vessel, and a few land fetchers with Cultivate, Kodama’s Reach, and Rampant Growth. Then Rhonas’s Monument will make our green creatures cheaper and also pump a creature until end of turn whenever we cast a creature spell.

We’ll need to deal with threats. For that we’re including Acidic Slime, Amphin Mutineer, Steel Hellkite, and budget all-star Thorn Mammoth. Run Away Together is great since we can bounce our own creature if we want to recast it for another copy. Return to Nature and Ram Through are one-shot removal spells, and River’s Rebuke will wipe someone’s board if they get ahead of us.

We’re very creature-heavy, so we’ll want to protect against board wipes. For that we’re including Heroic Intervention and Wrap in Vigor. There’s also a couple of counterspells with Arcane Denial and Negate, and a Swiftfoot Boots to drop on Volo. We'll also want to be able to bring our creatures back if they do get taken out, so we’re throwing in Regrowth, Creeping Renaissance, and Praetor’s Counsel.

Here’s the full decklist. You can also take it for a spin in Archidekt here.

This is a surprisingly nuanced commander, since there are so many value creatures of each creature type that you can choose from, and each brewer is going to enjoy making those choices of what to keep. It was particularly hard to pick an elemental. We could’ve gone with Avenger of Zendikar or Greenwarden of Murasa, or a dozen other great creatures in that slot. And I think that’s the best thing about Volo, that you get to pick and choose your favorites. In some cases you might even decide that it’s worth it to have overlap. I only have the one overlap in my build with Beast Whisperer and Circle of Dreams Druid both being elf druids. But both are so good for this deck that I’m happy to have just one of either of them.

So what do you think? Hit me up over on Twitter at @AndyZupke and let me know what you would do differently. You can also catch me streaming every Sunday night at 7:30PM Central with Scrap Trawlers for some budget EDH fun. Until next time, take care. And play lots of games!

The bots have a few loose screws this time around. Join Ben FIscher as he shares some tips and tricks for Adventures in the Forgotten Realms Quick Draft! 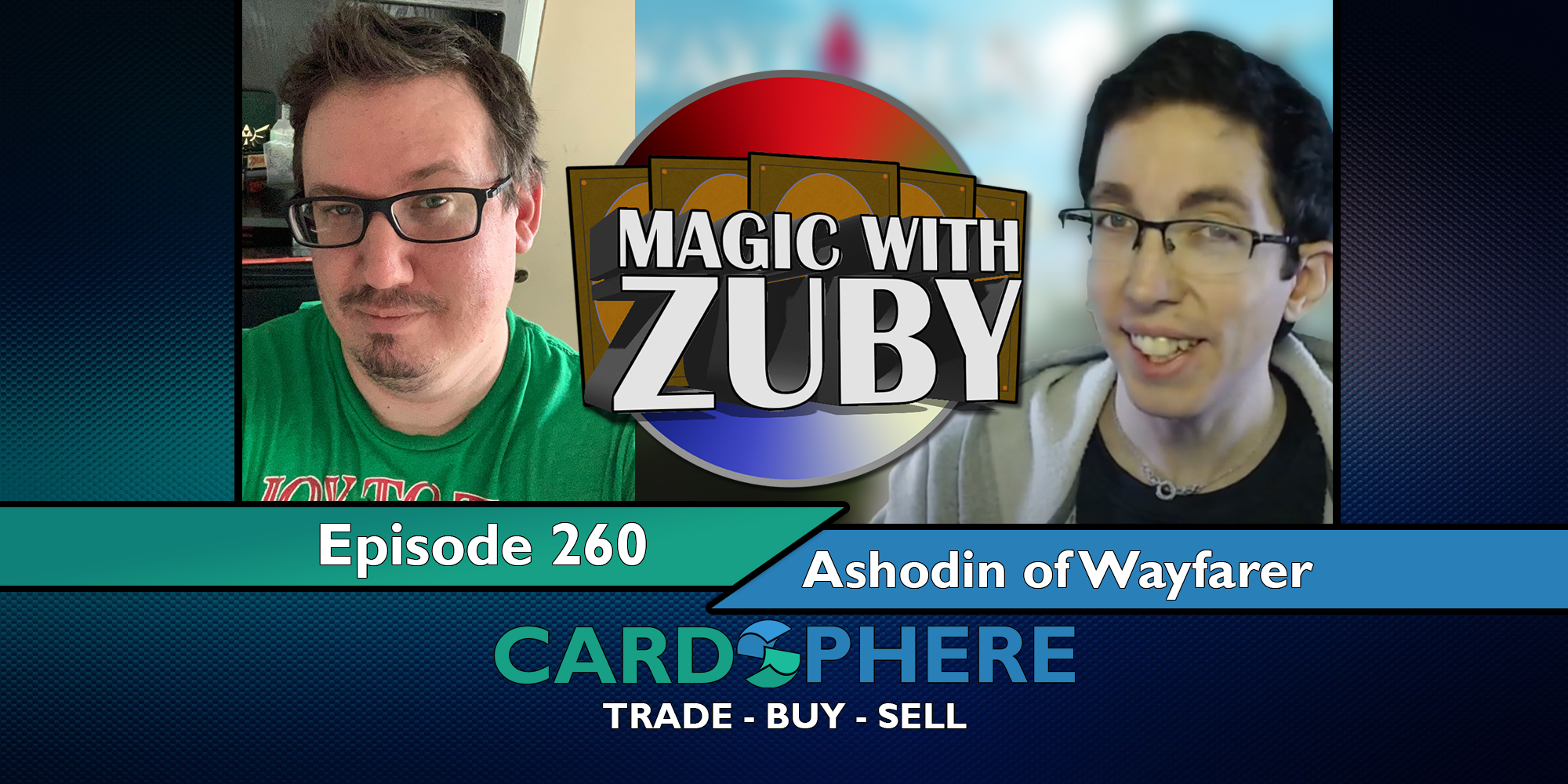