Class is back in session! Today, we will learn how to apply Vector Theory to improve our draft picks thanks to... Newton’s Laws?

This course has a prerequisite: Vector Theory 101. I really appreciate all the fantastic feedback from you folks on my first article, it means more than I can put into words.  Now, let's get to some science!

Let’s say you see a Modern Horizon 2 Booster Box sitting on a table. In physics terms, the box is our system, or our object of interest. There are currently a few things exerting forces on the box- the table, pushing upward on the box, and Earth, pulling downward on the box gravitationally. The box is stationary, so what does this mean about the strength of these two force vectors relative to one another? Think for a moment, then scroll down...

If you said they must be the same strength, congratulations! You just discovered Newton’s 2nd Law! It makes sense that for a stationary, non-accelerating box, two forces exerted on the box in opposite directions* must cancel one another out. This uncovers something very important about vectors: they can be added together! The above is a great example of adding two vectors of equal strengths and opposite directions- the net result is zero.

Let’s say you go to lift up the box straight upwards- maybe you accidentally set it on top of that beautiful Sanctum Prelate promo. As you pull upwards on the box, you exert an additional force vector in the upward direction. The "net force" of the three forces on the box is now upward, so it accelerates in the direction of the "net sum" of the force vectors- Newton’s 2nd Law in action! We can see through this example that adding vectors and analyzing their sum can tell us useful information in physics.

In my last article, I shared my Vector Theory hypothesis. This is the idea that Magic cards have a strength and a direction, and can be treated similar to vectors in physics. Get this- we can apply what we just learned about adding vectors to Vector Theory! Imagine you begin a Strixhaven draft and open Magma Opus, a fantastic (and incredibly fun) bomb. Your next pick, the two best cards in the pack are Flunk and Rootha, Mercurial Artist. These are both cards that are rarely cut from decks, but I’m willing to bet that most people would take Rootha, Mercurial Artist here, as it obviously pairs better with your first pick than Flunk. This may seem pretty intuitive- after all, Rootha is on-color. However, my goal is to use Vector Theory to improve our language and mental models of drafts, decks, and cards past raw intuition. By citing clear and specific reasoning, we can make draft strategy more accessible to people of all skill levels. Let's break down this basic pick in terms of Vector Theory: Rootha, Mercurial Artist and Flunk have about equal vector strengths, but Rootha points in the same direction as Magma Opus, while Flunk points in another direction, maybe even opposite.

As we saw in my physics example above, adding two vectors that point in opposite directions leads to a smaller result than either of the vectors on their own, sometimes even fully cancelling out. This is the equivalent of derailing your draft because you didn’t settle on a college in pack one- your vectors are pointing all over the place, leading to a net sum of about zero. On the other hand, think about a draft where the packs felt stacked in your favor, and you took perfect card after perfect card. This is an example of a draft where the direction of your “vector” was open, and the vector strength of each card you take adds to the overall vector of your deck.

Those are some extreme cases. Most drafts will fall somewhere in between, and this is where the fun begins! By using a more intentional method than raw intuition to decide between seemingly close draft picks, a drafter using Vector Theory can ensure that their decks are cohesive. This can help players of all skill levels think critically about their picks. Since beginning to apply Vector Theory actively in my own drafts, I have noticed an increase in my winrate and my draft confidence, as well as increased accuracy in evaluating how well a draft went. If that sounds appealing to you, try it out in your next draft!

Let’s take a look at a specific example. In a recent Strixhaven draft, I had the option to pack two, pick one either Mage Duel or Natural Order. I had a few Quandrix Apprentices and other typical Quandrix cards. There was absolutely a point in my drafting career where I would slam the mythic, but Vector Theory helped me avoid that trap! The vector direction of the average Quandrix deck in Strixhaven involves establishing board presence efficiently, gaining card advantage, creating oversized creatures, and turning them sideways. Natural Order requires us to sacrifice a creature to go get… a Bookwurm, maybe? I don’t really want to have to sacrifice something like Quandrix Apprentice or Quandrix Pledgemage to get Bookwurm, when sometimes Quandrix Apprentice can out-value it or Quandrix Pledgemage can outgrow it! Natural Order’s vector is strong, but points a bit away from the direction my deck already pointed, which would lead to a reduced “net sum” deck vector. Mage Duel aligns much more closely with the existing vector of my deck so far, and adds additional strength in the direction my deck was already pointing. This doesn’t mean that Natural Order is always worse. It just depends on the context of your draft! Imagine you draft a deck with 3 Hunt for Specimens and 2 Bookwurms. In this case, Natural Order is perfectly aligned with your deck’s vector!

Vector addition helps expand Vector Theory in some pretty useful ways. We can use this idea to justify taking dual lands as high picks in Cube draft, or to explain how two decks within a color pair might have totally different gameplans, or to investigate why a draft got derailed. If you’re interested in seeing Vector Theory used to analyze new cards from Adventures in the Forgotten Realms, I recommend checking out Episode 55 of the podcast I co-host, Draft Chaff! In future Vector Theory articles and episodes, I would like to work on defining directions for various sets and quantifying vector lengths for cards (perhaps with some help from our good pals over at 17Lands).

So, once again, what do you think? Your feedback last time was fantastic, and it seems the Magic community is interested in applying Vector Theory quantitatively in some way. This would work fantastically with vector addition. I have plenty more ideas in store for expanding this hypothesis further, but I would love to hear what you want to know. Until next time, happy drafting!

*This may sound like Newton’s Third Law, or the idea that forces come in pairs. These force pairs are also equal in magnitude and opposite in direction, but for two forces to be considered Third Law pairs, they must be exerted by one another on one another. Two equal magnitude, opposite direction forces exerted by two objects on a third object cannot be Third Law pairs. The more you know! 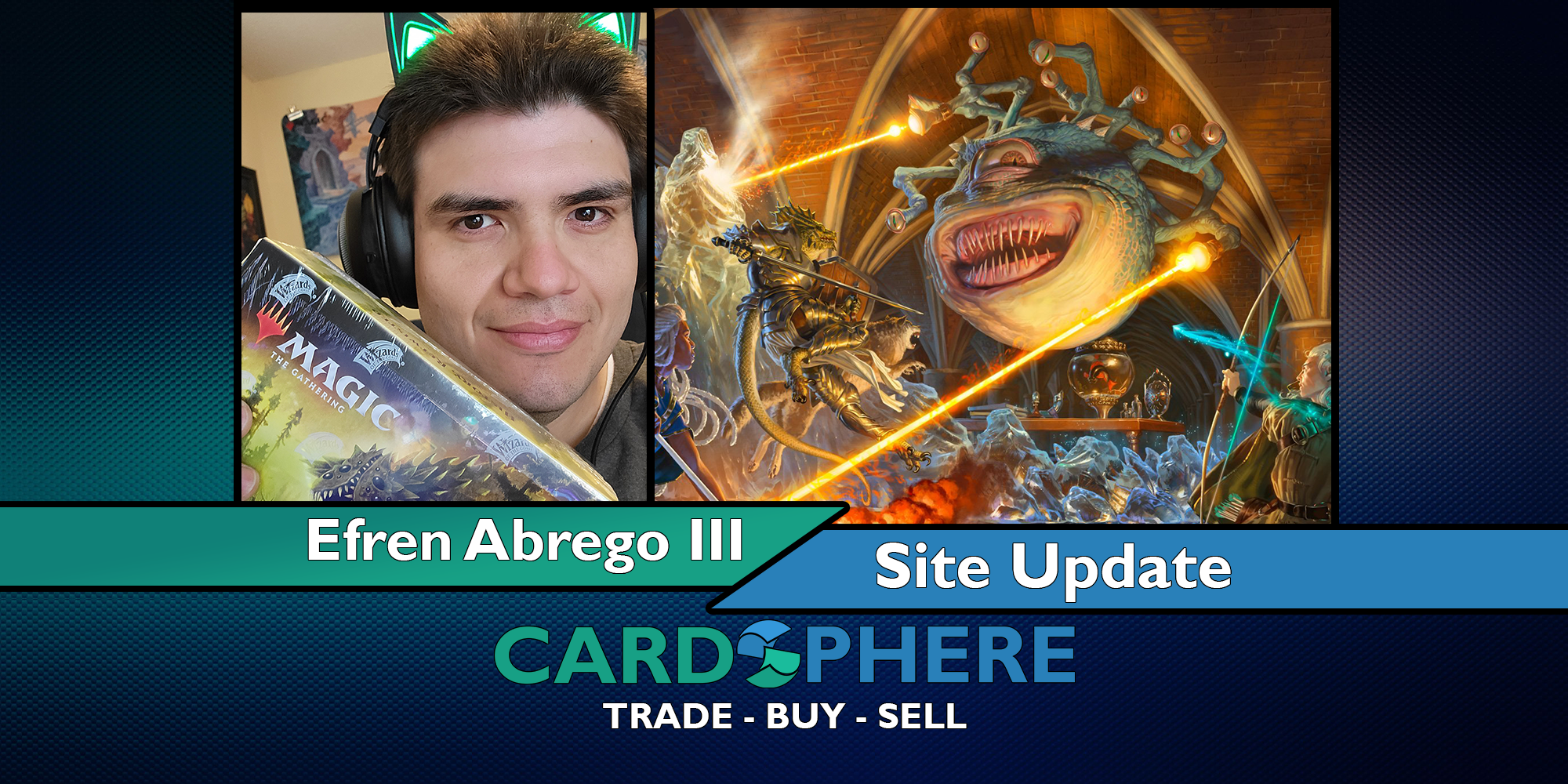 All the info you need to start trading Adventures in the Forgotten Realms on Cardsphere. 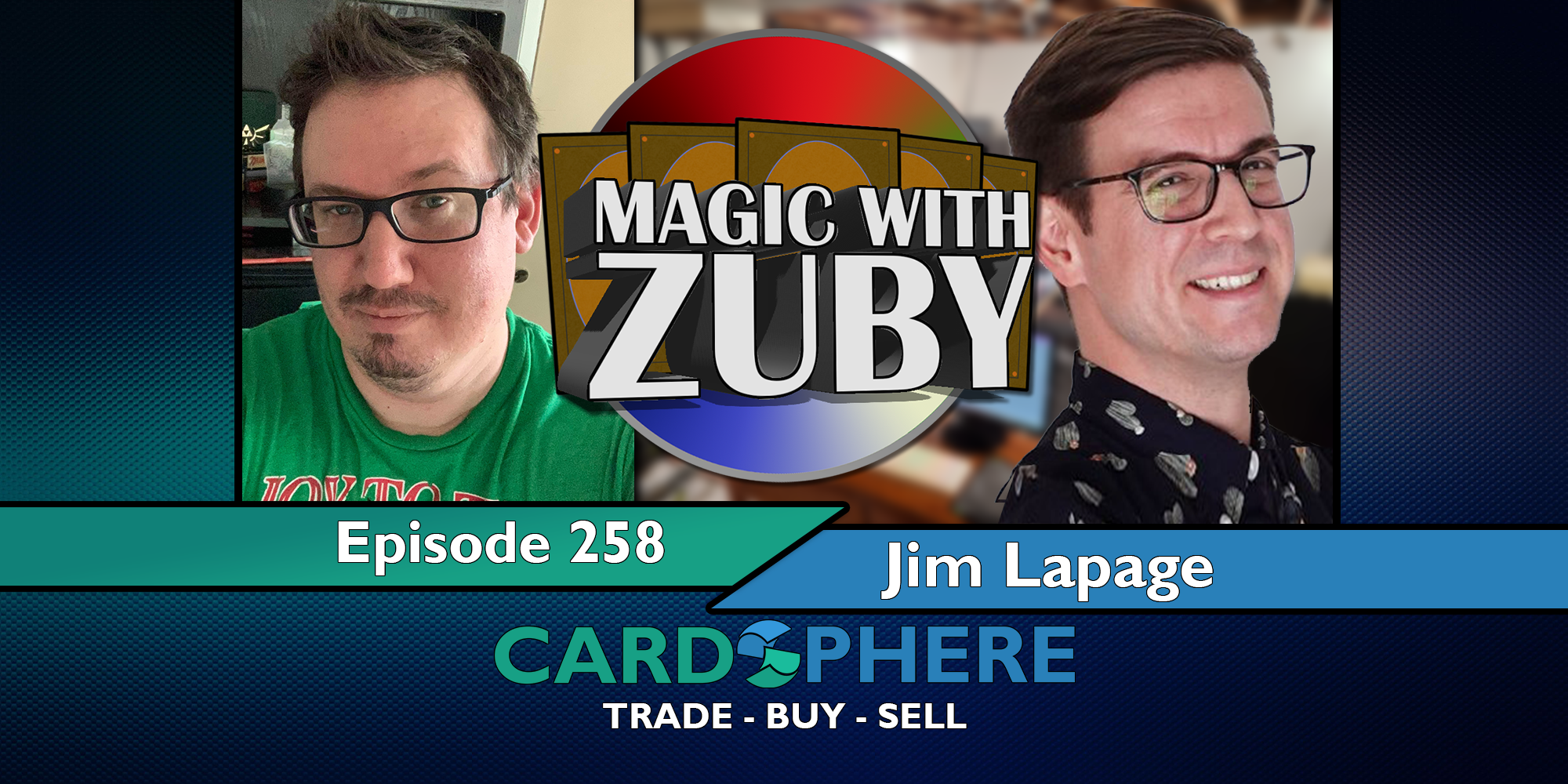 This week we brought on Jim from The Spike Feeders! Jim is also a member of the CAG (Commander Advisory Group) and works closely with the EDH Rules Committee. We discussed a lot on the philosophy of EDH and a whole heck of lot of Legend of Zelda. Please help me in welcoming Jim to the show!