Limited Magic has evolved, and it's time our methods do the same.

Hey! My name is Ben, and I’d like to ask you a question. Read it, close your eyes, think for 15 seconds, then keep reading. Ready? Here you go:

What makes a card “good” in limited?

Answers tend to fall into a variety of categories: it’s a bomb rare, it’s versatile, it helps you win the game or stops you from losing. These responses are all true... but they're a bit vague. We’re entering a new age of limited Magic, and unless you’ve been living under a hedron, you’ve probably heard that data-driven play is the new way to win.

As our methods evolve, so too should our terminology and heuristics, and I’d like to share with you an idea that my limited community and I find extremely useful. And while we cannot yet answer this question about what specifically makes a limited card “good,” we will absolutely be able to by the end of this article!

A bit of background- I studied astrophysics and physics education in college, and I am always looking for ways to overlap formal studies with my more casual interests (namely Magic). When I’m not teaching high school science, I’m a cohost on the limited podcast Draft Chaff. On our show, we value draft chaff very highly, such as cards like Hellkite Punisher. What a sweet uncommon! Imagine our disappointment when we realized this card was nearly unplayable in M21 draft. Upon first glance, this certainly looks like a “good” limited card. It’s expensive, but it's also a huge body at a fine rate with a relevant ability, and there are plenty of recent sets where this card would be a solid B/B+ creature. And yet I passed the poor dragon in favor of Chandra’s Magmutt every single time.

“But Ben, you fool!” you exclaim, “You can’t analyze cards in a vacuum!” You’re exactly right! Limited Magic is a complex ecosystem. I think I've stumbled upon a way to describe cards within that ecosystem more efficiently than ever before. I’d like to introduce you to what I have dubbed Vector Theory. But wait a minute, what’s a vector?

Let’s switch gears for a moment and talk science. Trust me, I’m a physics teacher! Hear me out: the world is full of stuff, and it’s useful to be able to measure amounts of that stuff. We call these amounts “physical quantities” (don’t worry if you Go Blank, there won’t be a Pop Quiz on this later). Pretty much anything you can think of that can be measured with numbers has an associated physical quantity- the volume of water you pour into your teapot, the mass of the flour you add to your pancakes, the temperature at which you set your oven, or the thickness of the bacon you’re frying for breakfast (yum). Most of the physical quantities you encounter are called scalars, and represent an amount, but some physical quantities have not only an amount, but also a direction associated with them as well. We call these quantities vectors!

So, where am I going with this? In physics, vectors are useful because they represent both amount and direction, and we can add or subtract them to solve problems. But the more I thought about it, the more I realized that Magic cards have extremely similar properties - just like vectors, Magic cards have a direction and an amount!

My hypothesis is that decks where more cards in a deck have vectors that align in the same direction, and the stronger those cards are, the greater the overall strength of the deck will be. Think about every time you've painfully passed a splashy off-color mythic in favor of an on-color removal spell- you were making the draft pick that maximized your deck's overall vector!

I should note that I believe many limited players already analyze cards using Vector Theory. It would be just as silly of me to claim to have "discovered" this method as it would for Newton to claim he "discovered" gravity - it's been there all along. But as scientists, when we put our models down clearly in writing, we can begin to build upon them and study applications of those models more effectively.

I believe that Vector Theory's two-axis approach to card analysis is extremely useful for practical purposes. I have spent enough time teaching to know that using specific language is a critical part of learning, and Magic players constantly learn from both their own experience and from one another. Imagine two novice limited players are discussing their first day of drafting Strixhaven. Let's call them, say, Ben and Zach. Ben says to Zach,

"Clever Lumimancer was unplayably awful in my Lorehold deck,”

but does not mention that he was playing a slow, midrange Quintorius, Field Historian build. Zach responds to Ben,

"Plumb the Forbidden was fantastic in my Witherbloom deck!”

but does not mention that he had 5+ sources of Pests. Both of these players will likely walk away from the conversation with incomplete (or worse, incorrect) ideas about the cards mentioned. However, if we adjust their language with Vector Theory, we can create a much more productive conversation:

"Clever Lumimancer didn’t line up well with my deck’s plan of cards leaving the graveyard. It might perform better in an aggressive deck with more copies of Guiding Voice.”

“My Witherbloom deck seemed to have more token-makers than the other Witherbloom decks I saw. "Plumb the Forbidden was good in my list, but might not be as strong without access to Pest Summoning.”

Now that’s learning! Here's an example of a trophy deck containing cards whose vectors all point in the same direction- can you see why? Credits to Draft Chaff community member and data analysis all-star Sierkovitz!

So… what do you think? Is Vector Theory something you're excited to apply, or it it no more than a cute analogy? I’m excited to explore Vector Theory more in-depth in the future, and from this article, you can see that we’ve just scratched the surface. How do we differentiate between multiple directions, maybe even within a single college or color pair? How can we apply this theory while drafting and deckbuilding? Can this be expanded to influence our sequencing and gameplay decisions too? Consider these questions between now and my next Vector Theory article, and I’d love to hear your comments or suggestions in the meantime. If you can’t wait, check out Episode 45 of Draft Chaff (available on all major platforms) where we discuss more applications of Vector Theory in Strixhaven limited.

So, what makes a card “good” in limited? I think we can safely say that the question itself is invalid. Let’s answer that question with a better and more specific question to represent our learning: What is this card’s vector? 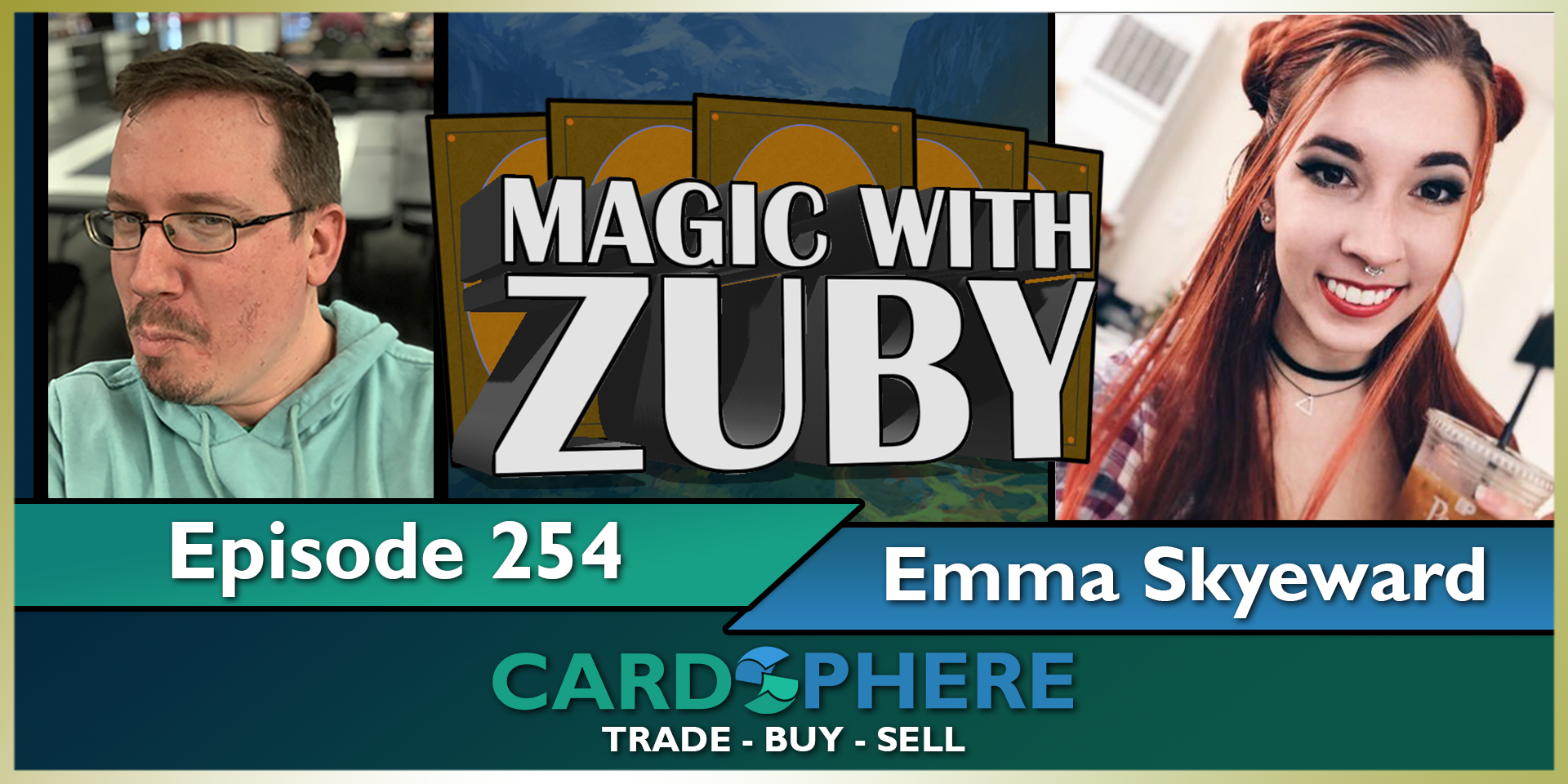 This week we brought on MTG personality Emma Skyeward! She is Twitch Partnered and streams mainly Magic Arena. I had an amazing time talking with her and I hope you all enjoy this episode as well! Help me in welcoming Emma to the show! 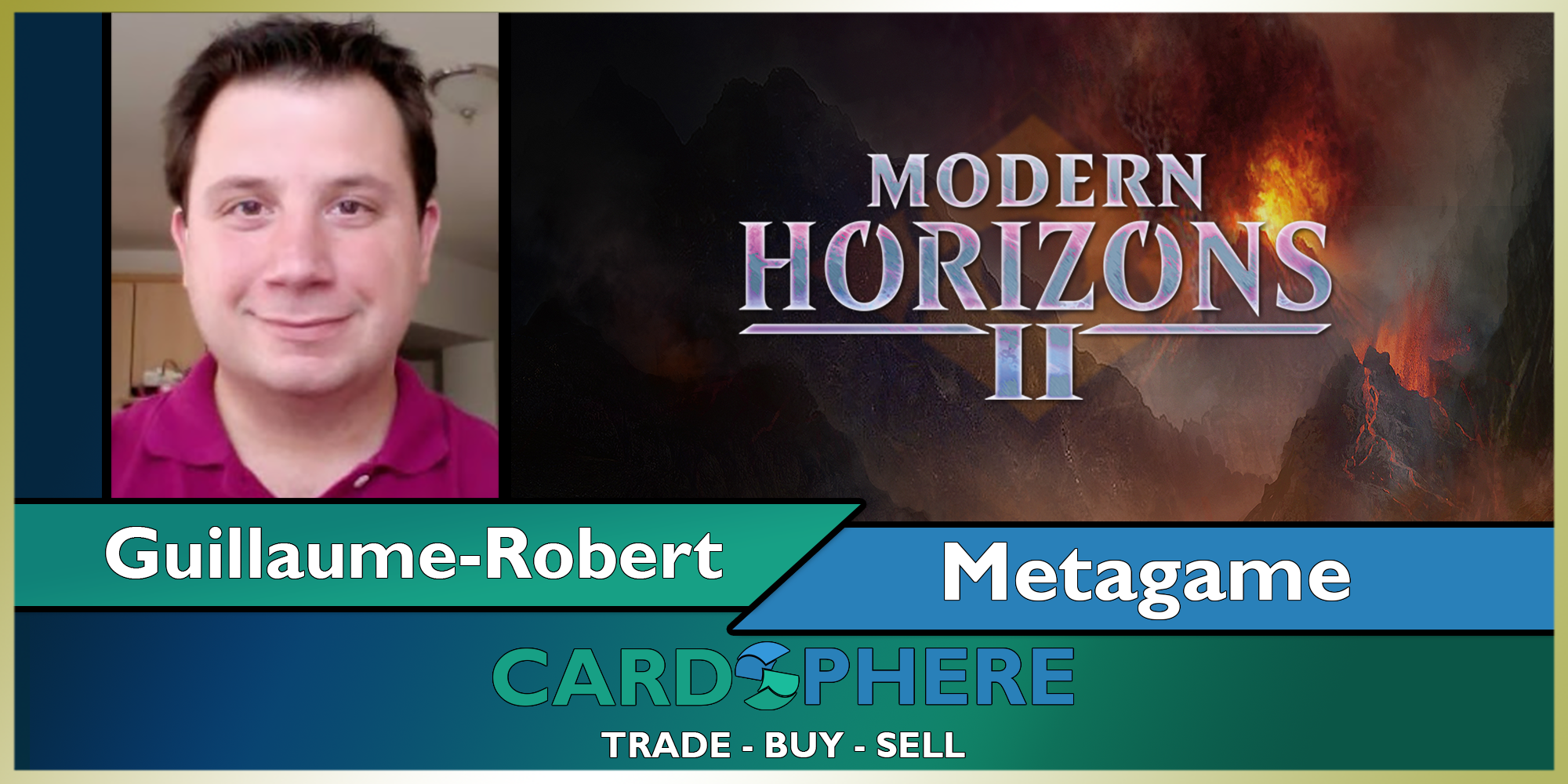 Guillaume Robert comes roaring back with a brand new modern metagame to examine. What's Modern Horizons II doing to the format? All the data is here.