I'm spending a lot of time this month thinking about all the great friends that I've made in the wider Magic community this year, and feeling very fortunate. It's a good feeling with which to settle into the cold Canadian winter. Which means...

The Christmas season is upon us, bringing the good along with the bad. People have started receiving their Secret Santa gifts and are posting messages in the #secretsanta channel on the Discord. 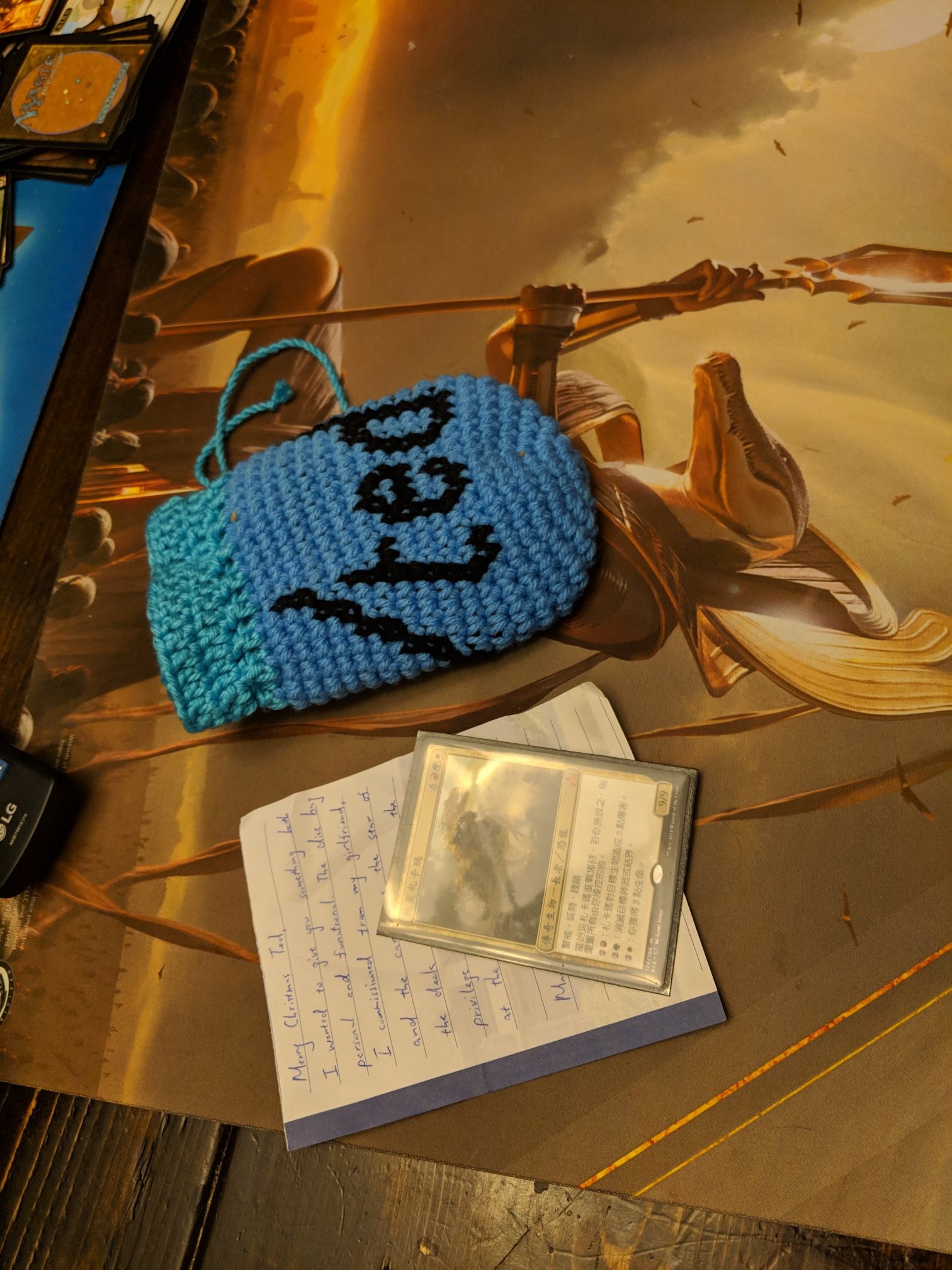 I'm still swooning over my custom made dice bag. Thanks, Guppy. We'll do a gallery to show off all the goods as soon as we can. As with last year, we're seeing a lot creativity, generosity, and thoughtfulness in our community. Which is good because the holiday mail means we need to be at our best.

Last year there were probably ~10 US domestic packages shipped in December that did not arrive until February. And many more which were late to a smaller degree. Because of this, beginning Dec 15th and running for 6 weeks thereafter, Cardsphere will be asking their users to extend extra transit time to both foreign and domestic trades.

Currently the max wait time for trades is 3 weeks domestic and 5 weeks for foreign, but with the postal service being inundated with Christmas cards, secret santa packages, bad weather, and the over abundance of holiday cheer, mail tends to slow down a bit.

Of course, if you a feel a package has gone missing, you are welcome to dispute the trade to summon an admin and let us help things get sorted out. We don't mean to discourage anyone from pressing that button - we're just asking for some extra patience given the circumstances.

Thank you traders, and have a wonderful and blessed holiday season.

This update's a little late because we wanted to ship draft.cardsphere.com before we put it out. I hope everyone's had a chance to try the draft simulator out, we're beginning to get some feedback and are paying attention to the things we need to work on. Happy to report that the overwhelming majority of feedback has been positive. It's been fun to work on, but it has consumed most of the development time for the last few weeks. 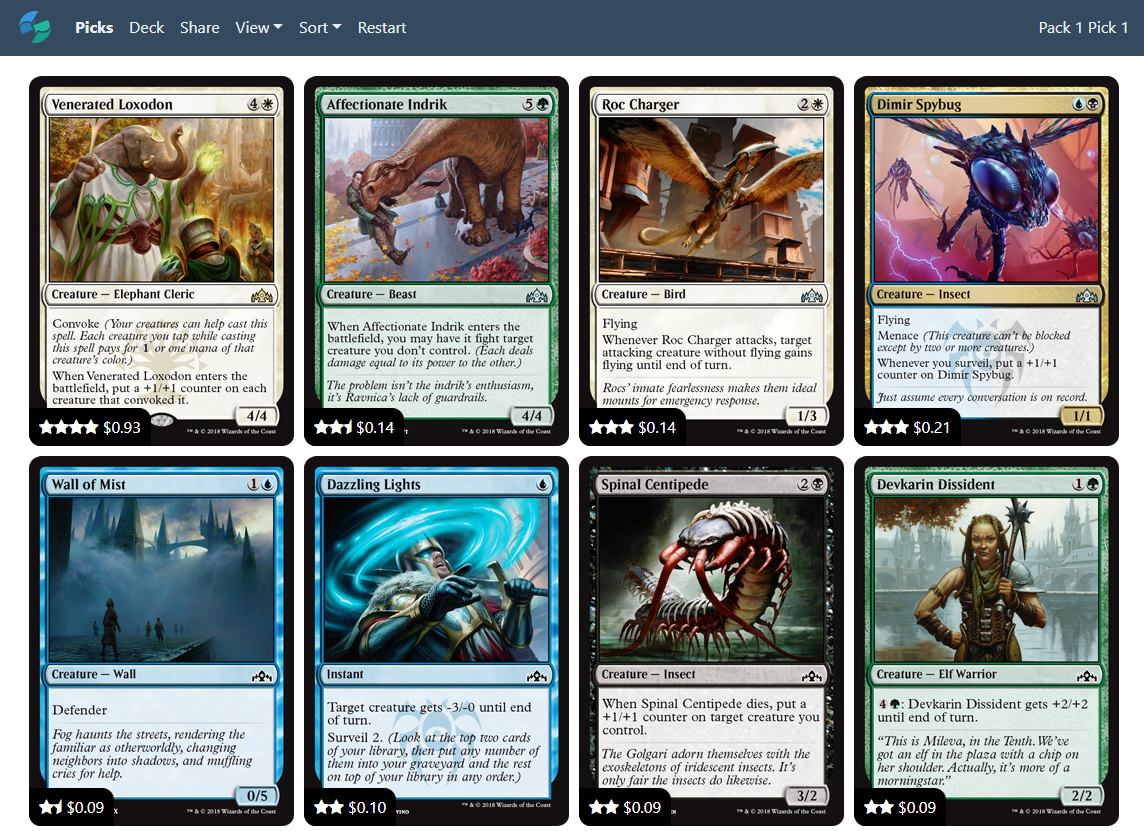 As is customary after doing long haul work, Michael will follow the release with a period where he works on many small quality of life improvements which have come in as requests from the community.

Early in the new year Michael, Efren and I will work on mapping out priorities for the next few months and report back here next month.

Efren and Michael appeared with the Rogue Deckbuilder on his Market Monday show Nov. 26th.

And lastly, we've updated our Twitch to host our sponsored content creators or the main Magic channel if our folks aren't broadcasting. We're also looking to organize some Arena tournaments for the community via Battle.fy to stream out.

I'm wondering why it took so long for someone to realize the MTG community needs an awards show for its small creators, but I sure am happy it's happened. The MTG Content Creators Awards has been launched and nominations are underway.

And of course I'm beaming with pride that so many of our sponsored creators, and even Trading Posts itself has been nominated. Please head on over and let your voice be heard.

Speaking of brilliant content creators: Rhino, also known as MTG_YoungMage needed help, and oh boy did the community come through. Recently Rhino had two Grand Mal / Tonic Clonic seizures that were significantly stronger, more serious, and more frightening for his family. This kind of seizure normally lasts for around a minute, but Rhino's were closer to 5 minutes long.

Of course, Rhino doesn't let anything stand in his way. He's up and dancing, living life and having fun!

Rhino's insurance covers all his hospital costs and access to treatment. But he requires constant surveillance while he sleeps. One of his parents is at his side at all times during the day, and they are also up all night watching him on a borrowed video infant monitor.

We helped organize a GoFundMe to provide this family, who have given so much to our community and others, a strictly better solution. An iOS application called SeizAlarm along with an Apple Watch and iPhone to continuously monitor Rhino, and help his family and physicians manage his illness.

We crushed the goal in under a day! Many generous offers came flooding in from the Magic community, with loads of big names signal boosting. TCGPlayer and CoolStuffInc. made especially generous contributions, and we just can't thank them enough. 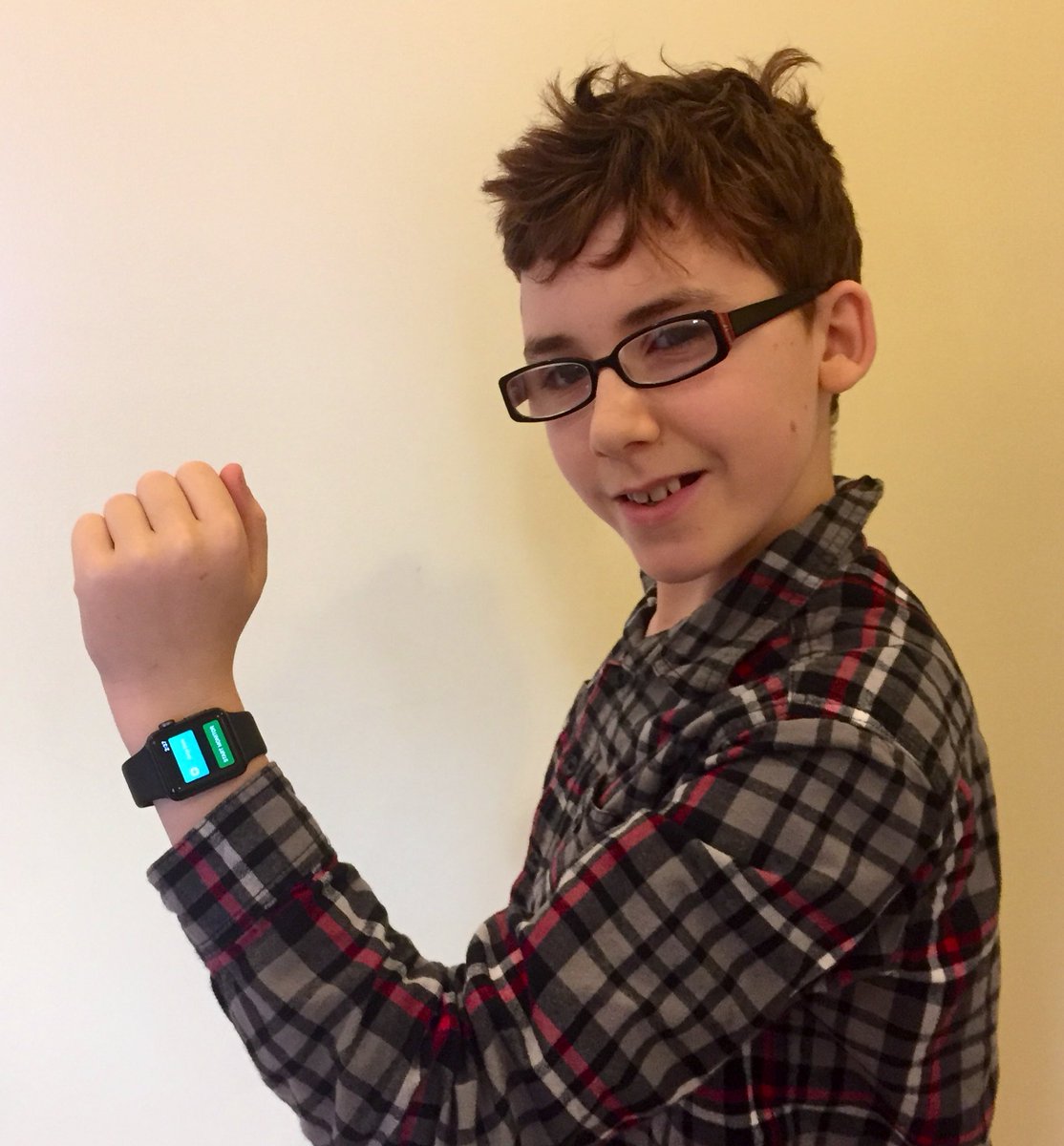 I know that it's difficult to find that extra bit of money during the holiday season, but this is a time for giving. The GoFundMe is still available, and Papa Mage has said that all donations in excess of what they need will be donated to the Ronald McDonald house at which Rhino stays when he is being treated.

Check out the GoFundMe here, and please help spread the word.

If you're playing Magic Arena, you might want to consider also installing MTG Arena Pro. You install a local application that updates the website with your play activity, and you get all kinds of fun stats. There's also social media integration and piles of information about the Arena Meta. 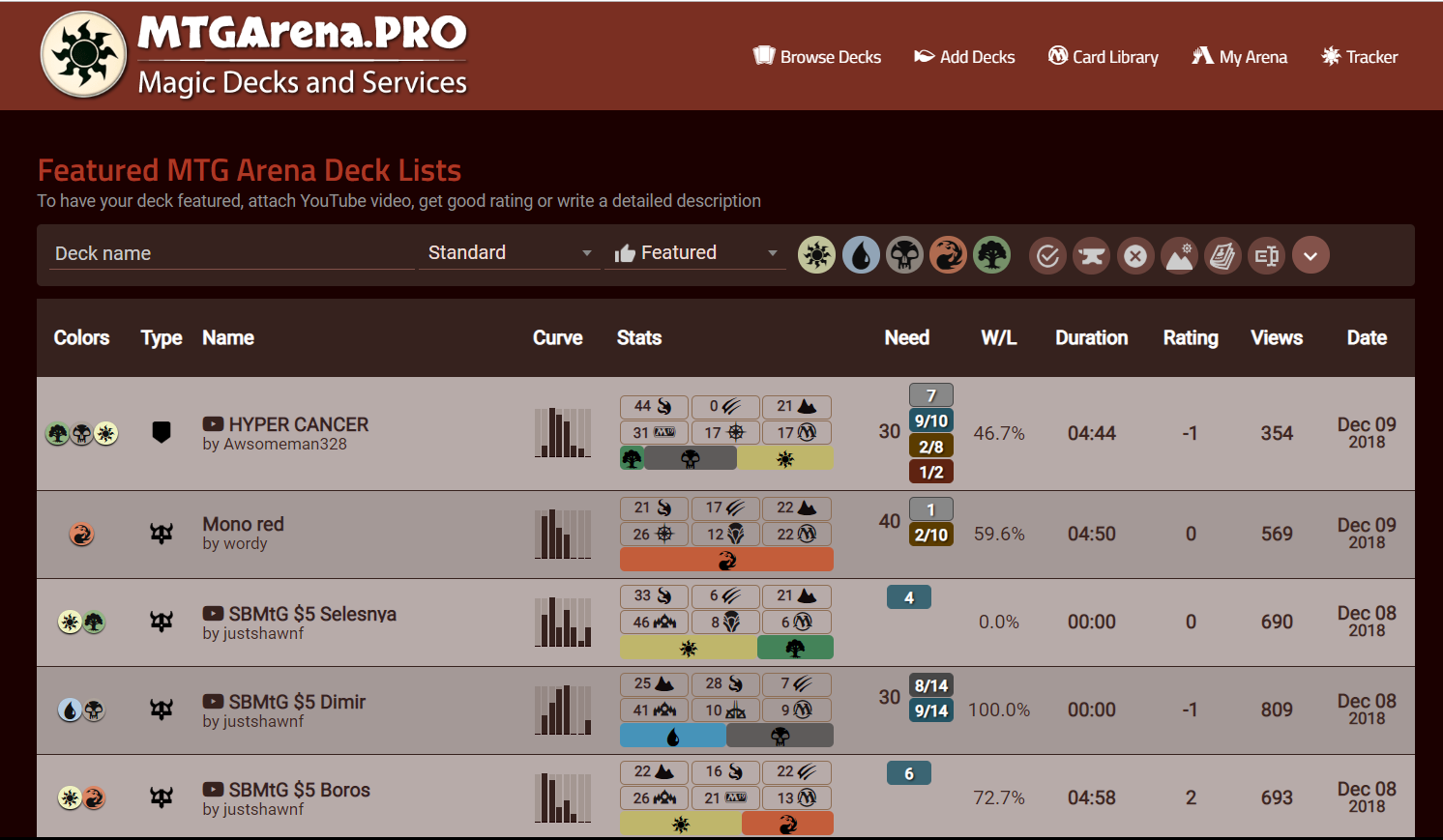 We have no affiliation with them, I'm just really impressed by their product so far.
Check it out!

I dislike the overuse of "family"/"fam" to refer to a community. It always sounds hollow to me, at least coming from a corporation.

But if anyone deserves to be considered family, it's Woadworks. Cody is one of our oldest and most fierce supporters, a Discord moderator, our all-time top trader by value, and runs the merchandise store.

Congratulations to Cody and his wife for bringing home a new baby brother for their daughter!

Have a great holiday everyone, and we'll see you back here in 2019! 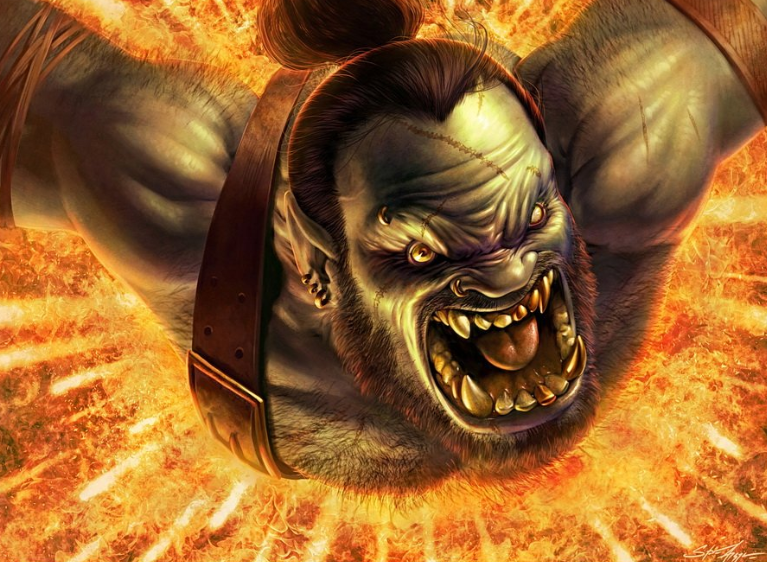 Lord Tupperware shares five resolutions set for himself in 2019. 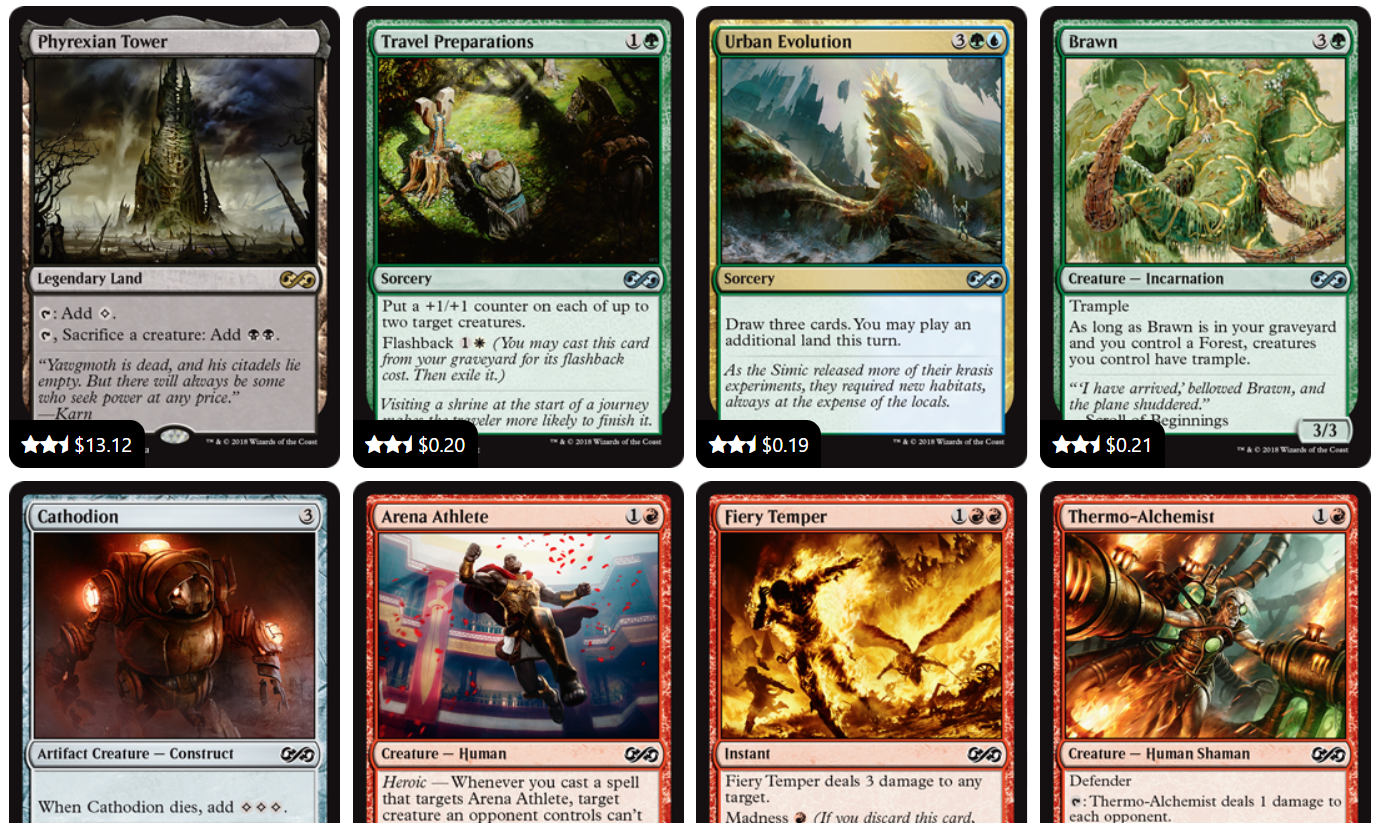 Introducing our Draft Simulator. Ad-free, feature-rich and community-minded, just like Cardsphere itself.