Sooner or later, it happens to almost all of us. You open the envelope and there's that card you wanted so badly. Maybe it's your new Commander, or maybe you finally sent out enough draft chaff to get that Gaea's Cradle. But then the horror sets in... something's not quite right. The card looks too dark compared to other cards you have from the same set. It has a waxy feel that your other cards don't.

Have you been sent a counterfeit? The good news is: probably not.

Cardsphere admins and the community collaborate to eliminate bad actors very quickly. While I won't discuss specifics here for obvious reasons, intentional counterfeiters have a few pretty consistent "tells" that we've grown familiar with seeing, and we've been very successful at distinguishing between people accidentally sending out a counterfeit and those who intend to defraud people. In fact, many times we are notifying receivers that a counterfeit may be on the way to them before the card has even arrived.  But beyond this, it's important to note that most of the time when people think they have received a counterfeit, it's a false positive.

Here's where that darker printing or waxy feel comes in. There's been a lot of print variance over the years, and when you add in special printings like Challenger Decks reusing the same set symbols for cards produced by different printers at different times, or cards printed in other regions, there are often subtle but noticeable differences between legitimate identical cards.  When you add in marketing campaigns based on fear, uncertainty, and doubt for "verification services" on top of this you have a lot of over-reporting of false positives. We definitely received more false positives when Magemarket was around, spending Y-Combinator money to build a fear-based user community.

But of course, actual counterfeits do get sent also, and you should know how to protect yourself. That's what I want to talk about today.

Don't Press the Button Until You Know

The first thing you should do to protect yourself is chill out a bit. Sure, it's considerate to click the Confirm Receipt button quickly and have your trade partner paid. We appreciate that attitude because it's what makes the Cardsphere roll round. But seriously, take the time to authenticate the cards before you click Confirm Receipt.

Once you click the button, Cardsphere no longer is holding your funds. They are immediately transferred to the person who sent you the cards, and that means sometimes those funds get eaten up by people sending cards to that user. While we'll never leave any stone unturned trying to compensate any victim of fraud, it is always easier when Cardsphere is still holding the credit. It can be much harder when you've confirmed receipt – which is why we add the separate dialog prompting you to check authenticity etc.

How Will I Know?

Don't trust your feelings! We need to take a close look at some areas of the card that are very, very difficult to fake affordably. While there are sites out there like Detecting the Fakes that share a whole swath of tests you can use, Cardsphere admins are going to be most interested in seeing the results of the "Squiggly T" and "Green Dot" test. These are the easiest to do at home in a way we can trust. Other tests like the "Light" test are harder for people to get right and read the results on.

Here's an example of the Squiggly T test. We're looking a card back, specifically the bottom of the capital T in Magic: The Gathering.

You already know which one is legit, amiright? The card on the left is legitimate, and we see a very distinct squiggly line on the bottom border of the T. Instead of a sharp black layer, the counterfeit on the right hand side has a blurry mess of ink splotches and one of the best parts of this test is can often be done with most modern smartphone cameras.

Similarly, the difference in black borders on a real card (left) and a fake (right) are pretty striking when looking at the green dot on the card back, but that's just one thing we're interested in. Real Magic cards have an L shaped cluster of red dots inside the green:

While we have seen some legitimate cards fail this one due to print quality issues, it is generally reliable and definitely evidence we'll consider.

Get the Right Tools for the Job

There are some tools that are indispensable for checking card authenticity that you should absolutely purchase if you are buying or trading cards over the mail. They're pretty cheap, too.

The first one to consider is a Jeweller's Loupe. The images shared above were taken with a reasonably priced loupe and a smartphone. Amazon has a lot of options available, and as long as you're getting one with good reviews and not at bottom-of-the-barrel prices, you should do all right. I'm sure there's loads of discussion to be had in the Cardsphere Discord about the pluses and minuses of various models, so pop in if you want more information.

Alternatively, there are some very cheap USB microscopes that also do an excellent job. Hook these up directly to your phone and snap a picture, that's all there is to it. And while the product quality of most of Amazon's offerings is pretty low (these are all cheap electronics) you can't have as much fun looking at things besides Magic cards with a loupe as you will with these microscopes. My kids spent a really fun rainy weekend playing "What is this awful thing?" with pictures snapped with a USB microscope.

Send in the Clowns

In the worst case scenario where we can't make a determination from images you supply, we can always fall back on having you send suspect cards to us for verification. Or if this is your preference, you can always let us know in a dispute, and we'll advise you how to get the cards to us, but the important thing is to keep your cool while Cardsphere helps settle things between you and your trade partner.  Accusations and heated language never help the situation and can be embarassing if the card turns out to be real, which is more often than not the case. 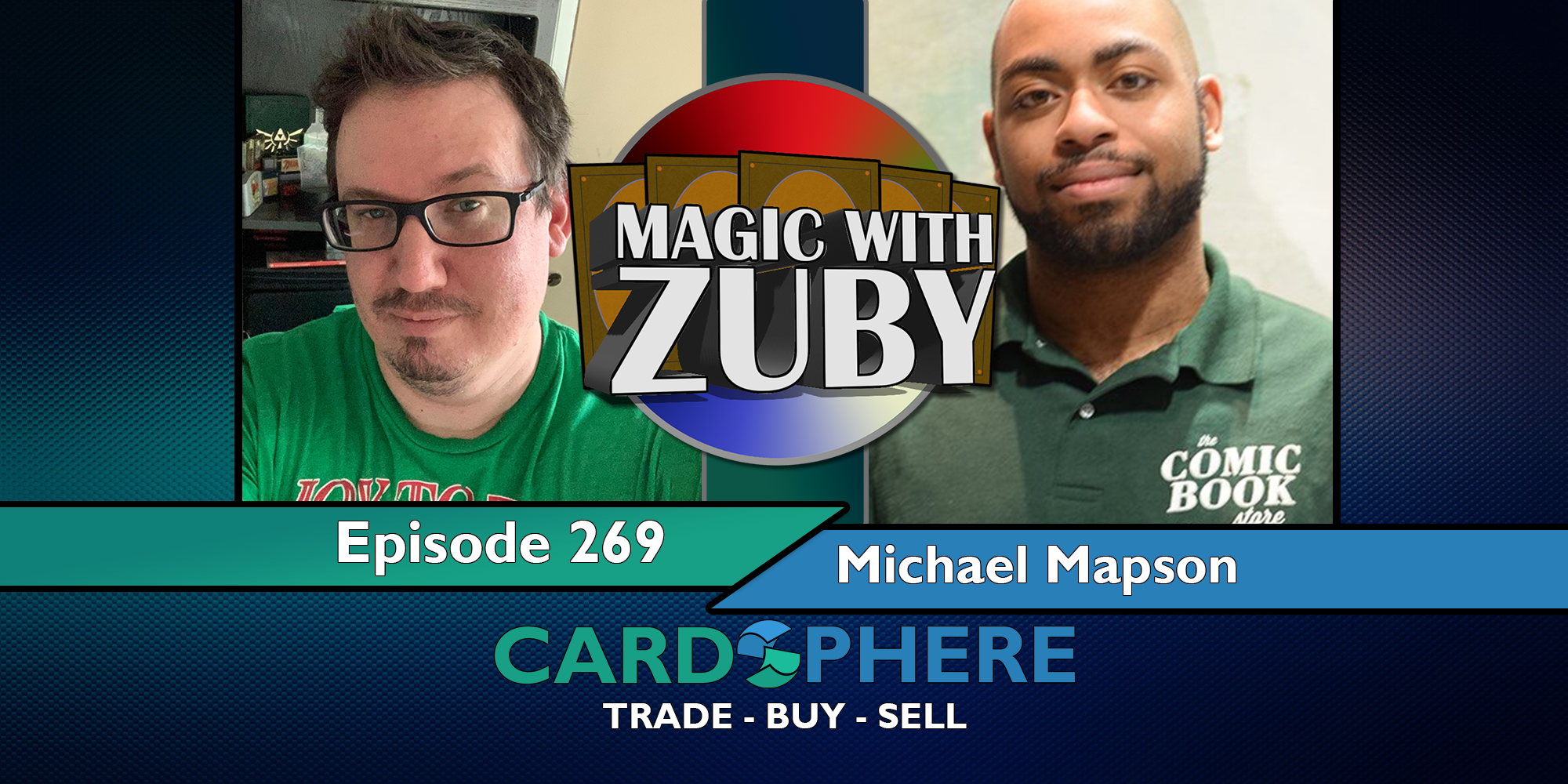 This week Zuby welcomes Michael Mapson of the Dark Depths podcast to discuss all things organized play and competitive Magic. 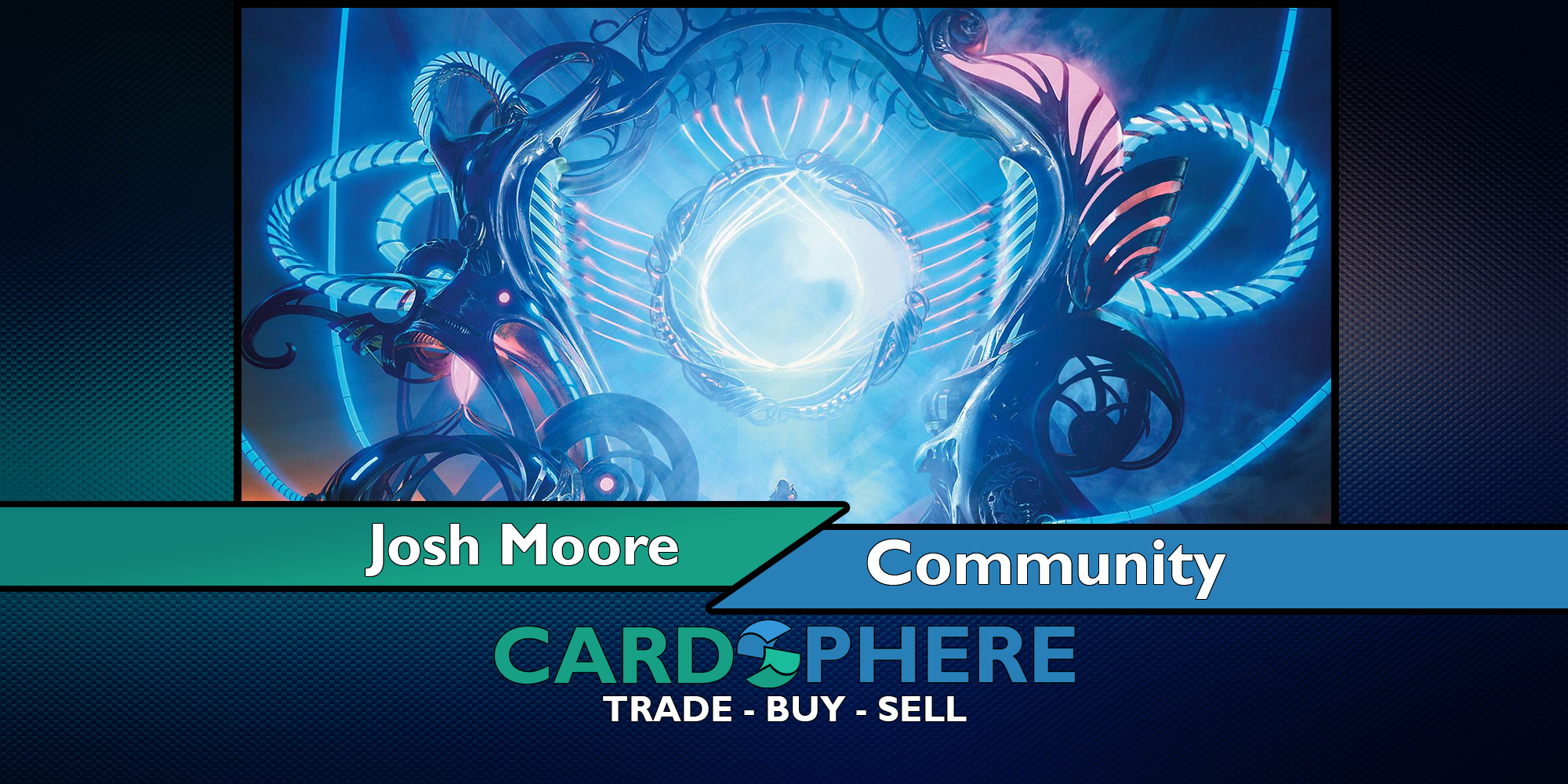 The Cardsphere community has come together to produce the first Cardsphere API (finally). Read all about The Multiverse Bridge in this article!