In this series Cardsphere seeks out people doing interesting things in the Magic community, and get the answers to questions sourced in the Cardsphere Discord. Kicking things off we have Cure for the Common Game, who has famously embarked on a quest to build a deck for each and every Commander printed.

Are there any cards featured in every deck?

No, there is no card that has made it into every deck.

Are there any deck in which Sol Ring doesn't make the cut?

Yes, I have decks that do not have a Sol Ring. I know that almost sounds wrong, but hear me out. Every deck doesn't need one. Or a signet for that matter. I'm a big fan of the Theme, generally when I sit down to build I determine the theme of the deck and build along that line. If the theme is anti-artifact, or no one-drops, then SR doesn't make the cut.

Additionally, I have built decks at times when I have been out of Sol Rings. But I'd guess about half of them do include the card. When I started the channel documenting this quest 4 years ago, I wasn't tracking the deck lists. When Archidekt came into existence, I  started listing every deck from that point on, and in my sparetime (lol),  I went back and started listing at Deck #1. So far I've got  about 320 decks listed.

When I get them all listed I'll be able to answer as to how many Sol Rings I'm using.

Do you have any favorite cards that are critical in a particular deck, but don't appear elsewhere?

My all time favorite card is Jump. There is a story there... I know it's terrible and there are better versions, but it does occasionally make it  into decks.

Who is the worst commander of all time, generally speaking (womp, womp)?

Worst commander... not sure, I would like to think that I can make any of them interesting and fun. Barktooth Warbeard is a vanilla legend, but he leads my Tribal Beards deck. Worst would probably be the ones that don't lend themselves to the Commander rule set. Like Phage the Untouchable.

Who were the most and least interesting commanders to brew?

Don't get me wrong – I like the straight-forward commanders that lead you down a certain path, but I generally don't like to build on  rails, Sethron, Hurloon General, Azusa, Lost but Seeking, and Jhoira, Weatherlight Captain are fun but sometimes you need Axelrod Gunnarson, which I've been working on for about 3 years (tribal  music, songs/bands).

To answer the question I would have to say the most  interesting to me is the wonky partner pairs that no one else builds.

Which deck is your favorite?

Favorite deck? Wow, this is a difficult one to answer. I typically answer this question with "the most recent one." Which is true... we all want to play a deck as soon as we build it. But as far as what deck sees the most intentional play* it's got to be Azusa, Lost but Seeking, so simple but so fun.

*By intentional play, I mean not rolling dice to choose the deck. Often when friends are over for edh night, we all roll to decide who plays which deck.

What colour(s) do you feel gave you the best creativity through restriction?

Each color has its own set of challenges to build around, which really intensifies when building a mono-color deck of that color. One of my favorite things to do is build an "opposite" deck. Really catches people off guard, ya know, a mono-white card draw deck or blue aggro, red life gain, just crazy stuff.

Does your project include every partner combination?

Partners. I started out with the goal of using every legal legendary creature in its own deck. I mean, you could have 10 distinctly different Atraxa decks, so Partners I only use once.

What's your deckbuilding process like? What tools do you rely on?

Deck Building process, whew, I'd say the master plan is there is no master plan. Every deck is different, with a different time frame.

Currently, by the time a new set goes on sale, I have deck boxes labeled and ready to go. I try  to "pre-build" as much as I can, but sometimes that just doesn't  happen. Life is pretty demanding; I work a 50 hr job, 4 kids and do this in my uncommitted time. So, sometimes they just don't dont get finished as quickly as I would like. I think my records are: fastest - 37 minutes, longest - 5 years. Fastest was a deck building challenge at a  local game shop and longest was a dedicated deck (#500) around Jace, after whom my grandson is named.

What other formats (or games) do you enjoy?

I have played every format and even made up some. I think it really helps evaluate cards to play them in multiple formats, and believe it or not, commander is not my favorite format. My favorite format no  longer exists: it's the "blind" pre-release, ya know back before we knew every card, that experience of wonder as you are opening packs and  seeing cards for the first time is irreplaceable.

How often do you return to decks to tinker with them?

Due to the time crunch of building decks at the rate I am, I don't get to go back and update as much as I'd like. I say that's what I'm gonna do when I get caught up, lol.

Do you try and build a variety of power levels? How do you track the power level of the decks?

I do try to vary the power levels, we all don't want to play the same way every time, that's why we love this format. The Gitrog Monster, Memnarch, and Teferi, Temporal Archmage are fun every once in a while, but tribal two-drops is a good change of pace.

Tell us about your physical management of the decks.

I built the wall you see in cube sections, each section holds 100 decks, with it maxing out at 1,200 decks. Which currently is still enough. I keep track of the legends I have used on a  spreadsheet, necessary so I don't accidentally build the same deck  twice. Don't laugh, it's happened before.

How did this become your thing?

I found commander early on, it was still edh back then, and brought it to the local area. I noticed that I really enjoyed the one-of random nature of the format and found myself wanting to have a variety of decks, so I would just build new decks. In 2016 I was taking a professional break, so I was at home all day and my brother told me that I should talk about Magic on YouTube, because I had a way of  getting people excited for the game.

I had nothing but time, so I sat down and thought about what the channel would be about, couldn't decide, so I just started going through my edh decks. I  casually had 80 decks when I started the channel. One day I was in my local game store, trying to decide on which of two legends to buy, when a friend walks up and asks what I'm doing. When I tell him, he laughs and says "you know you're gonna build them all anyway." Tthat was my  lightbulb moment. I had found my thing. I love doing it, and no one else is doing it because people believe it to be impossible. Hold my beer.

What do you think of people all over the world knowing about you and your project?

I am floored that people watch my videos at all, I don't script or edit. I've been recognized in differnet game shops when I happen to be passing through. I have gotten so much support from our community over these last 4 years, it's amazing. People from all over the world, super wierd cause I still see myself as that crazy guy from Tennessee building every deck.

Where can people follow your work on social media or elsewhere?

My YouTube Channel is Cure for the Common Game

I am very active on Twitter where I go by @Cure_game because I didn't notice it shortened it until after I was done registering!

My decks are listed on Archidekt. 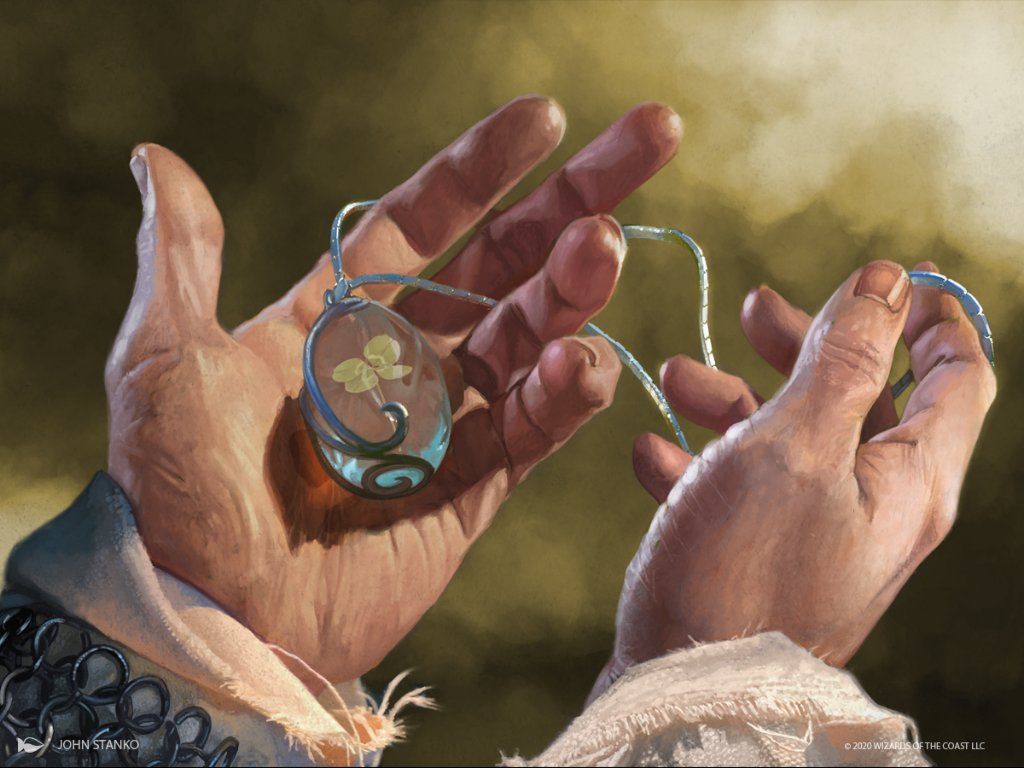 Emily Carrick broke out of the mono red zone during the Venus and Mercury League tournament, taking away more than her play record. 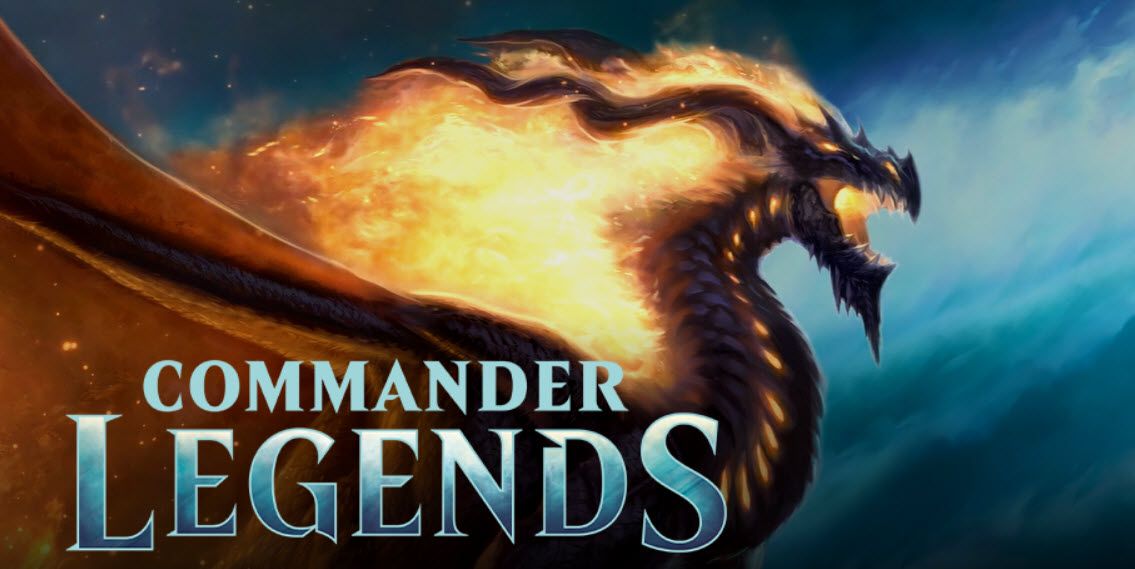 Andy Zupke's out of the gate brewing with Commander Legends' Liesa. Interesting paths to victory and dangerous cards included.