What’s up friends? Welcome back for part 2 of my Dominaria United review here on Cardsphere. Last time we talked about my picks for the best new legends from the set, whether they be leading your decks or hot for the 99. Today we’re gonna look at all the other great new cards in the set, as well as give you my opinion on the set overall. Let’s go!

In addition to giving us a reprint of one of the most popular planeswalkers ever with Liliana of the Veil, Dominaria United also provides us with 3 brand new walkers. First up is the one that’s begging me to create a new colorless deck: it’s Karn, Living Legacy. It ramps. It draws. It kills. There’s literally nothing I don’t love about this dude.

Next up is Jaya, Fiery Negotiator. I’m much less hot on this one, and really only find the ultimate exciting. But we can’t judge a planeswalker by its ultimate alone, especially when their starting loyalty is so far from it. A 1/1 with Prowess each turn isn’t impactful in Commander. The minus 1 is a decent bit of card advantage, but losing a card permanently each time can be tough. And the minus 2 is underwhelming, especially when you’re trying to get to 8 loyalty.

And last we have the newly compleated Ajani, Sleeper Agent. The first two abilities are an “Ajani’s greatest hits” kinda vibe, but the ultimate is really spicy. You’re only two starting loyalty away from it, and you’re in the colors of Doubling Season and the like, so this ult isn’t hard to reach at all.

Now we’ll look at all the cool creatures from the set that don’t have the legendary status, but we love them anyway. First up is Activated Sleeper, a crazy fun way to get a copy of an opponent’s creature that you’re coveting. Just kill that Consecrated Sphinx that’s giving your opponent all the cards they want, and drop your Activated Sleeper to get your own. Big win. Or, conversely, you drop it in response to an opponent killing one of your favorite non-commander creatures. Board wipe take out your Avenger of Zendikar and all those plants? Ha ha, not anymore.

Aether Channeler is a huge win for blink decks, working as removal, draw, and chump creator. All choices can be relevant. Also for blink decks, or really any deck that wants cheap spells, Micromancer is going to be huge for fetching up those cheap counterspells like An Offer You Can’t Refuse or Dispel, or great for getting those X spells with just one pip in their cost.

Fallaji Wayfarer is going to be a powerhouse in decks with lots of creatures and multi-colored spells. While that’s not a huge chunk of the meta, it’s big enough that it’ll see a lot of play. I’m specifically thinking of Naya beatdown decks or 5-color legends decks. Speaking of lots of creatures, if your deck is full of 'em, then Silverback Elder is for you. It’s the obligatory overpowered green creature for the set, and is going to find a home in any mono-green stompy deck that can afford it. Along those same lines, Defiler of Vigor will also be a great tool for green decks looking to Overrun their opponents with combat.

Aristocrats decks got some cool new creatures from this set as well. Phyrexian Vivisector is a powerful piece of card advantage, especially at common. And Serra Paragon does a pretty sweet impression of Sun Titan, showing us that it’s the little things in life (or death?) that really matter.

And we got a couple of fringe cards with really cool design. Robaran Mercenaries doesn’t have a home in a lot of decks, but certainly in decks where your commander has a tap ability. Zirda, the Dawnwaker comes to mind. And then there’s Tiller Engine, a real boon for us budget players who have to rely on Temples and slow fetchers to perfect our mana base.

Not a lot going on in this set for the nonpermanent spells, sadly. But we’ll talk about that more in my final thoughts. For now, let’s just see what I’m excited about for instants and sorceries. First is Battle-Rage Blessing. Not terribly flashy, but a phenomenal combat trick to have in your arsenal. For two mana at instant speed, you not only save your creature, you’re also potentially destroying a creature that’s in combat with yours. So if you think about it, you’re getting Armor of Shadows and Murder combined into one spell with a reduced cost. What a steal!

Then there’s Threats Undetected, a ridiculous tutor that puts Shared Summons and Ecological Appreciation to shame. Yeah, you’re probably getting the worst 2 creatures of the 4, but look at it this way: you’re fetching the 3rd and 4th best creatures from your deck for just three mana! Potentially even getting your best creatures if your opponents aren’t familiar with your deck. This card is busted.

And then we’ve got two cards with Kicker. There’s Joint Exploration, an instant classic for Simic decks. Efficiently costed, and exactly what you want to be doing on turn 3 in any game. And Tear Asunder earns a spot here for its versatility, as well as the permanence. There is no more powerful form of removal in this game than exile.

And for this last bit I’m gonna lump artifacts, enchantments, and lands all together. Because there’s really not that many.

We’ve got a couple of exciting mana rocks with Relic of Legends and Timeless Lotus. Karn’s Sylex one-ups Nevinyrral’s Disk by destroying the world and shutting down life-pay effects like Bolas’s Citadel, Aetherflux Reservoir, and even fetch lands (Polluted Delta) !

The Reaver Cleaver has been receiving a lot of hype, since it’s the set’s treasure-maker du jour. A great way to turn trample damage into dollar dollar bills. And Weatherlight Compleated is a fun hoop-jumping way to draw a lot of cards in aristocrats decks.

I’m not totally sure about Temporary Lockdown. It’s easily one of the most hateful cards that could possibly be played in a game of cEDH, what with all the treasures and fast mana and cheap creatures in the meta. But because it’s so good at that, it might just get hated out of the game. Or not even tried. Time will tell.

Vesuvan Duplimancy, however, is going to be wildly popular. The “not legendary” clause makes this card completely busted. They took Orvar, the All-Form and dialed it up two or three notches. And it definitely strengthens my theory that Wizards is trying to build up the Mutate mechanic, possibly for more use in an upcoming set.

Then there’s The World Spell, which seems like a great way to cheat out some beefy creatures, even if it is a bit costly. Sadly the only Saga I’m excited for, as the rest seem a little low on power.

And the last card from the set that I think is worth mentioning is our only land, Plaza of Heroes. Now some people in the Commander community lost their minds over this one, saying it’s overpowered. Some even said it’s bad for the format, complaining about “auto-includes” and whatnot. And yes, it will easily be the most played card from this set. By far. As for me, I’m pretty take-it-or-leave-it on this one. The price point is gonna keep me from using it in most of my decks (currently sitting around $8), and I don’t think it’s even worth that price. I see it’s usefulness, but it’s just not exciting to me. I don’t need it.

It’s funny. I was actually more excited for this set before I started my review than I am now. And I think the reason why is because the set is so focused on legends, which is where I started my review, and the non-legend cards just aren’t as exciting. It feels to me that the set was almost split in two, with all, or most, of the legendary creatures being designed for Commander players, and everything else being designed for non-singleton/competitive formats like Modern or Standard or draft. So, in hindsight, splitting the review the way I did was kind of like eating dessert before the meal. Obviously, as we saw earlier in the article, there are definitely some non-legend cards that will be fantastic in Commander, just not as many as I’d thought there would be.

There are also several cards that are so clearly for Commander that they seem odd in the main set, and are so narrow that they’re not impactful to the format outside of niche decks. Shadow-Rite Priest will go in cleric decks, but is only 1 of 8 clerics in the main DMU set. Likewise Vodalian Hexcatcher is great for merfolk decks, but is only 1 of 6 merfolk in the set. They just seem out of place in the set, and would’ve been better served in a Commander-specific product.

The new and returning mechanics are all pretty ho-hum. Kicker is the same as always; you pay more for the base spell than you would if it didn’t have Kicker, and most of the time the total cost just isn’t worth it (with the exceptions noted above). I like the idea of Read Ahead a lot, but aside from The World Spell, I don’t feel like it really did anything exciting for any of the new sagas. Domain has never been a mechanic that I’ve held in high esteem, simply because the more colors you have, the fewer basics you tend to run. And Enlist just isn’t made for Commander, which is totally fine.

All that said, I still really like this set. Like Dominaria and War of the Spark, Dominaria United will be remembered as a powerful Commander set based on the strength and variety of its legends. I found at least 5 potential new commanders from the set that I want to build, which is on par with a Commander Legends set. However, I don’t want this kind of set to become the norm. I’d much rather have fewer legends and get more flash and pizazz in the rest of the set. A great example to point to is Ikoria. It had about half of the legendary creatures of Dominaria United, and was full of huge splashy cards that Commander players love, like Emergent Ultimatum and Shark Typhoon, the Triomes, and groundbreaking mechanics like Mutate and Companion. Dominaria United feels a little too safe with its recycled mechanics and over-reliance on legendary creatures to sell the set. Again, I like the set and think it’s very strong. It’s just not what I want to see all the time.

Hey, you made it! That wraps up my review of Dominaria United. What did you think? What do you agree with? Disagree with? Hit me up on Twitter at @AndyZupke and let me know! You can also catch me making budget content with the Scrap Trawlers over on YouTube and Twitch.

Check back next time for more fun Commander musings. Until then, take care. And play lots of games! 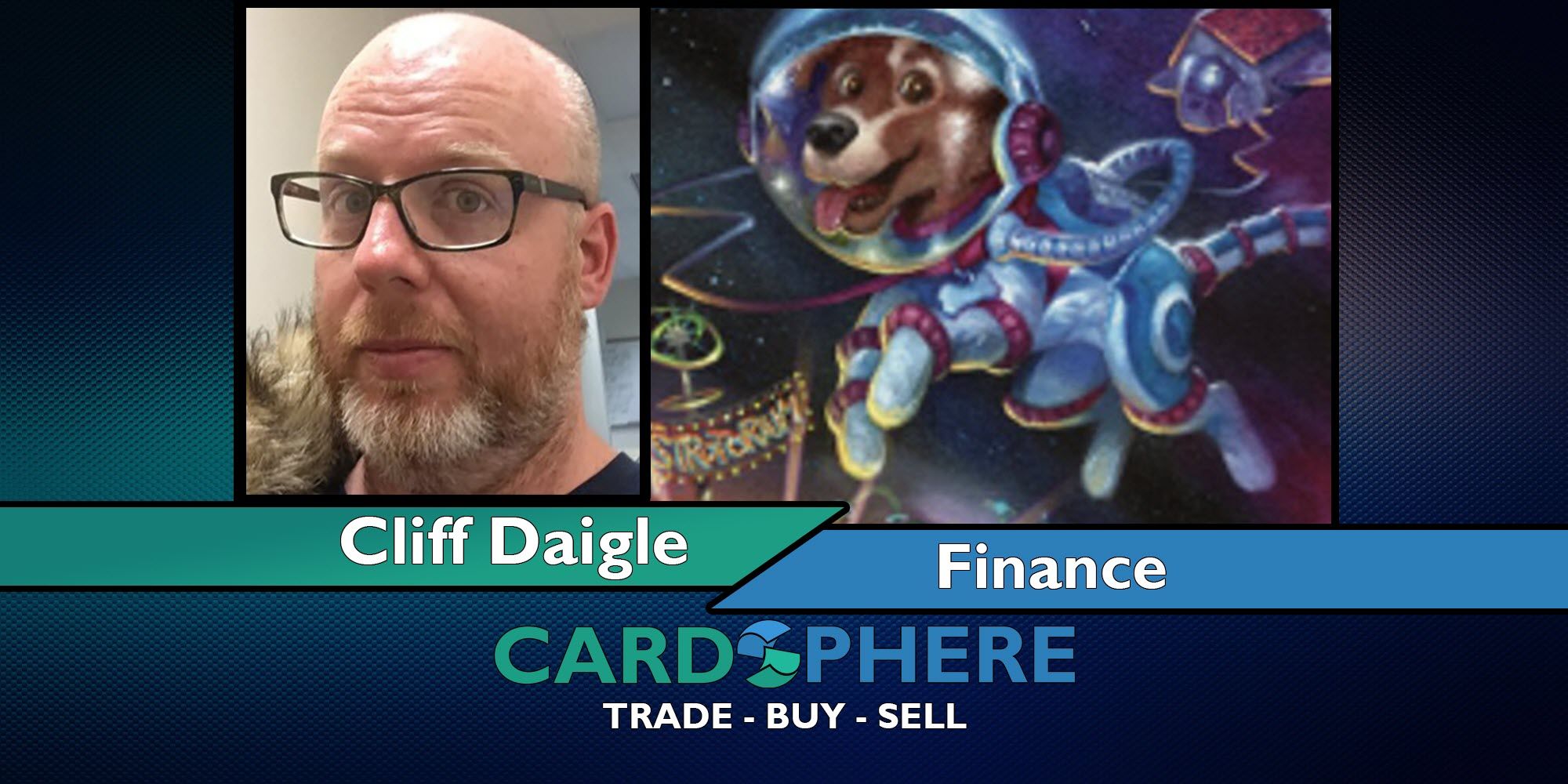 Unfinity breaks new ground, even for an un-set. In a time when all sets have special variants and full art lands are commonplace, how much value does Unfinity promise? 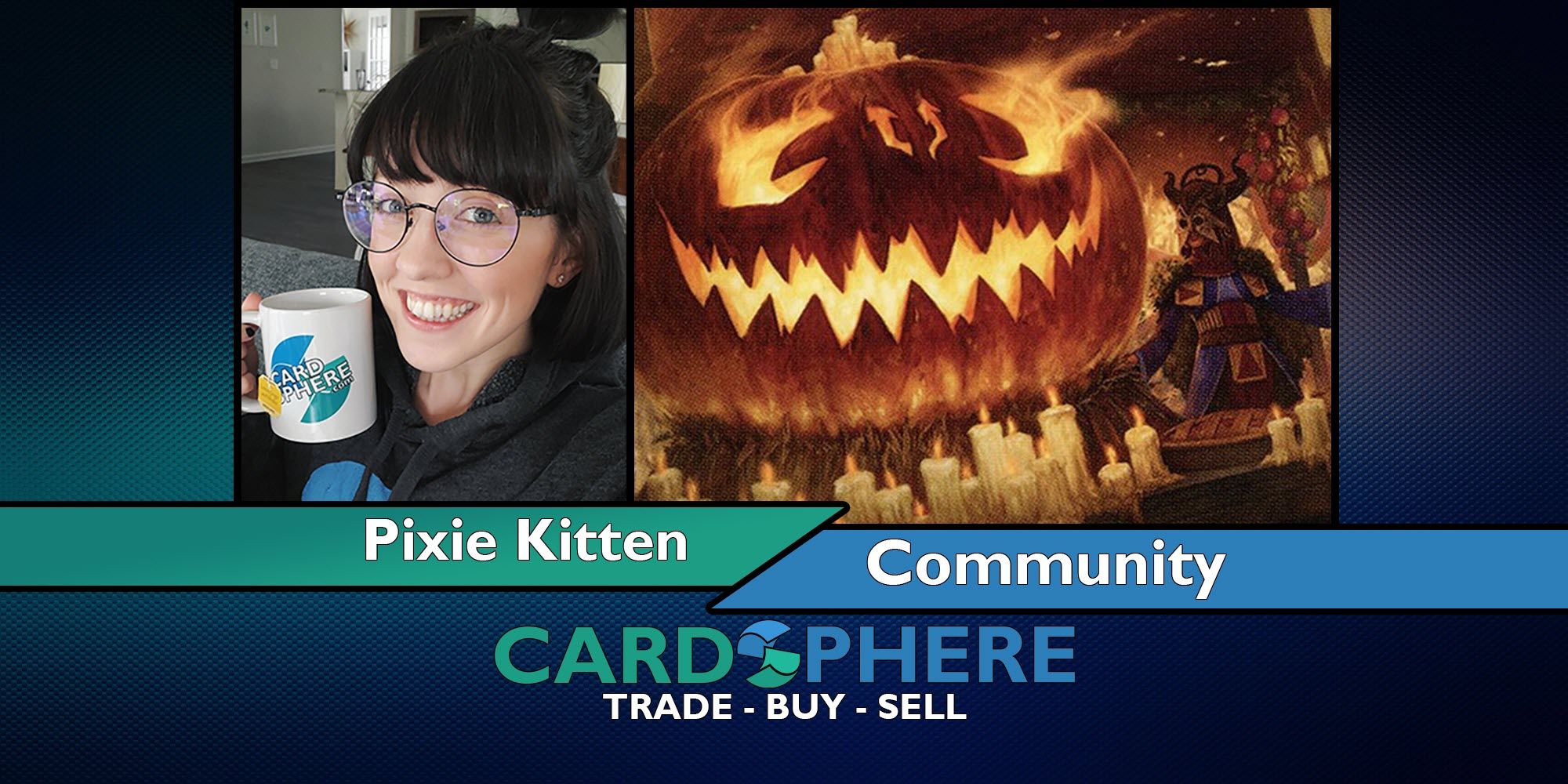 Autumn brings many blessings, but only pumpkin spice lattes are as sweet as rotation! Pixie Kitten proposes who else might be super excited about the fall treat's retrun.