This year I had the pleasure of being introduced to Jon Dunning from They Said, We Said by Coach from The Card Bazaar, and we became fast friends. I guest co-hosted his Walking Dead show, and appeared on another episode as part of a panel. Then he invited Efren and I to join him on The Hive Mind, simply the best Magic: the Gathering talk show available anywhere.

Jon continued to impress us with his talent and ability to not only attract A-list personalities, out of whom were drawn some truly fascinating conversations. It didn't take long before we decided we'd offer a sponsorship. And we couldn't be happier with his work, both on The Hive Mind and with the Tin Street Hooligans.

The one problem is that Jon is not getting the viewership that his show deserves, so I've come up with a list of my 10 favorite shows from this year, in chronological order, for your viewing pleasure. For each, Jon has provided some thoughts about the episode.

Jon: I used to curse Jeff's name back when I played Modern events in Las Vegas. There were a couple kids that would watch him constantly and I would have to play against Kikki-Chord all the time. It's kinda funny that he didn't take credit for the deck during our episode. Made me feel bad for thinking ill of him.

Jon: Nathan Holt's episode is one that still resonates with me. I had no idea his struggles with mental health and it floored me how open he was about it. Having lost my father a year ago to mental health issues, Nate's episode caught me off guard.

Jon: This was the second time I had Alex Kessler from The Masters of Modern on the channel. The first being a Star Wars show we did with Tony Walters (RAD Entertainment) & Ashley Blodgett (LaughStashTV). I felt very laid back hosting this episode because Alex and I had somewhat become friends. This episode also helped launch his kickstarter for Battle Bosses.

Jon: Vince was so cool. I felt like I was talking to a close friend right from the start. A lot of tech issues with this one. We had to start the episode twice and my daughter had a potty issue that I had to take care of while he interacted with the chat. All live!!! Vince was a real class act.

Jon: Sydney aka Tappy Toe Claws is one of my favorite people in the community. We actually both guested on another show together so our episode was quite chill. I hate that there was major internet issues with this show and her connection kept freezing and glitching. We might have to do a follow up one day.

May 9 : Ted & Efren from Cardsphere

Jon: *Ted & pre-partner Efren was again another laid back show. I had found out about Cardsphere and Ted through Coach from The Card Bazaar. I remember Coach telling Ted that he should guest on THM. I was at work and didn't see the tweet. Ted said he would love to come on but I was radio silent letting him twist in the wind while standing there looking pretty. Ted has guested on The Walking Dead Shows & another movie show I host and has become one of my best friends in the community. Efren made the really cool intro graphics for The Hive Mind. *

May 3rd : The Professor

Jon: Feeling a little down on myself as a content creator I decided to take the ultimate half-court shot and shoot for the moon. I made a proxy thumbnail for Tolarian Community College and tweeted Brian asking him if he thought people would want to see that episode. Boy was I surprised when he responded & responded within seconds. It was also an amazing experience sharing stories over a lot of whiskey. Brian really is an incredible person and perfect ammbassador for the game. I'm glad we have become friends.

Jon: DJ aka Jumbo Commander is the nicest, most uplifting person in MTG period. When I moved to Seattle I decided I wanted to make more deck techs and on a whim I messaged DJ for feedback. He was sooo gracious with his constructive and stellar feedback. Of course he was no different in the interview. I still remain in contact with him to this day and was over the moon when he and Josh talked about THM on The Command Zone.

Jon: Jason Alt was someone I listened to for a long time via Brainstorm Brewery. I had interviewed Corbin Hossler priviously. I knew I had to stay on my toes because Jason has a very dry sense of humor and I wasn't as confident in myself or with the show yet. Having Jason on lead to he and I co-hosting an amazing film podcast in Director's Cut. I feel like I also have gained an amazing friend.

Jon: Seiben was someone that took the time to give me some really great advice early on. He was not interested in guesting on my show or anyone elses. The show was on hiatus after I moved from Vegas to Seattle. I really had no clue if I was ever going to bring it back. Then Seiben tweeted out that he felt like talking on podcast finally. I told him I would bring back the show if he would give me the interview. I guess we can all thank Geoff for The Hive Mind being on the air today.

Our own Josh Moore covers the results of Cardsphere's second annual Secret Santa. Thanks to everyone who participated! 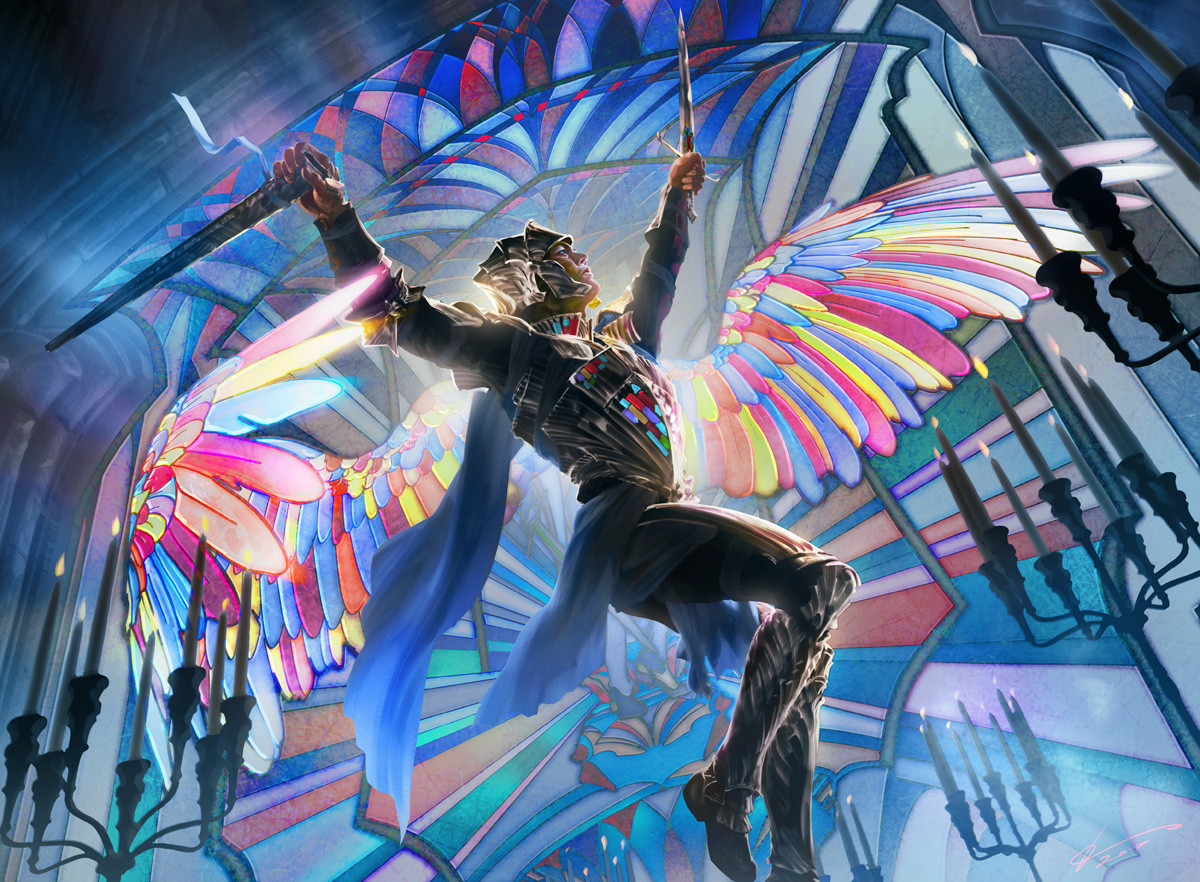 Using Monte-Carlo Simulations, MrLuBuFu goes into depth into the mathematics and grind of making Mythic in MTG Arena

Trading Posts
—
A Year of the Hive Mind
Share this