We can learn a surprising amount about Neon Dynasty Limited by first understanding the difference between a bug and a puppy.

Sitting down for the finals of Neon Dynasty Game Day, I felt fantastic. I had just won 10 straight games of limited, and word had spread around that the dude who first-picked The Kami War had actually cast it a few times. I shuffled up, wished my opponent good luck, took a deep breath... and was steamrolled by ninjas in about 5 minutes.

I had a blast at Game Day, but walked away with more than just the gameplay memories. While talking to my final opponent about their sideboarding choices, they said something that really stuck: "I boarded in everything that could make you discard. You couldn't keep both your lands and your huge spells."

I find Kamigawa: Neon Dynasty a very rewarding set to explore. The draft experience has the same vibe as those cooking shows where the hosts reveal a basket full of interesting ingredients, leaving the participants to think, “How can I combine all these into something great?”

Today, I would like to take a closer look at two strong ingredients available in the basket: Virus Beetle and Spirited Companion. These each have fantastic flavor (A bug in the system? A companion to spirits? So good!), and have been putting up gameplay results to match. At first glance, they appear to perfectly mirror one another, but understanding their differences will help us better understand the entire format!

These two cards are similar on paper (err, cardboard), as they are both 2-mana 1/1s that “put you up a card.” But do they do this in the same way? Virus Beetle makes your opponent discard, while Spirited Companion makes you draw. One gains you resources, while the other denies your opponent resources. One draws a random card from your library, while the other removes the worst card from your opponent’s hand. I highly recommend you pause here and go check out Sam Black’s article on this topic of draw vs discard attached to a creature -- it’s an excellent deep-dive into how draw vs. discard effects select different preferred game states.

One of my biggest recent personal level-ups has been to stop asking whether or not a card is good, and instead ask when it is at its best. Both the dog and the bug are solid turn-2 plays, but while both players are in the building phase, I believe the beetle is at its best. Beetle leads to the net reduction of resources for your opponent, which can be quite punishing in the early game. I found this out the hard way in the Game Day finals. My opponent cleverly identified that they could disrupt my ability to stabilize by attacking my hand. I never had a chance of resolving my high-impact 5-drops, let alone The Kami War!

In the mid-to-late game, drawing yourself a card is more important than forcing your opponent to discard one. They might not even have a single card left in hand! Here, Spirited Companion is at its best, as it helps you find more pieces of your deck’s “recipe.” The difference between finding your Season of Renewal or not is often the difference between winning and losing. It can also dig for your key removal spell, bomb win condition, etc.

So, we now know when these cards are at their best, but what about where? Consider Vector Theory: what vectors make best use of these two unique effects?

Virus Beetle is right at home in the blue, red, and/or black aggressive strategies. Whether playing ninjas or an artifact strategy, these vectors want to deny your opponent resources and end the game proactively. The leftover 1/1 artifact creature pairs well with Oni-Cult Anvil, Moon-Circuit Hacker, and Voltage Surge.

If you’re playing a green, white, or black enchantment or “go big” strategy, Spirited Companion is clearly better, as this vector wants to draw into sagas and recursion in the late game. It can help you find key cards like Season of Renewal, Geothermal Kami, Gloomshrieker, or even Colossal Skyturtle.

So, in the end, I believe Spirited Companion is the better early pick, but I honestly love playing with both! I hope you enjoyed this deep dive into some seemingly shallow creatures. Thinking through all this has really helped me get a handle on the format. If you’d like to hear some more thoughts on Neon Dynasty limited, check out the latest episode of Draft Chaff. Have fun drafting, but if you run into me in the queues… You Are Already Dead! 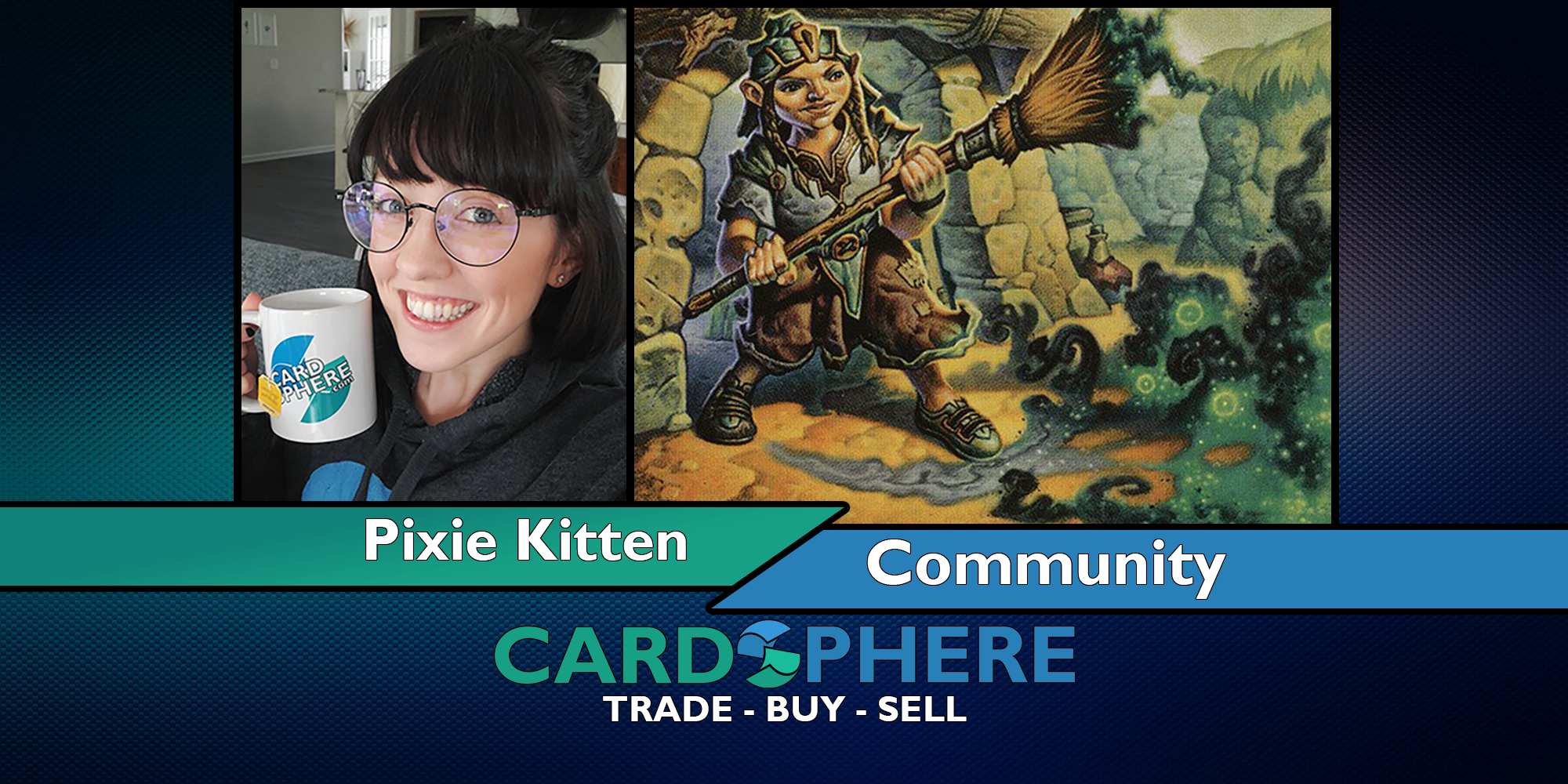 Pixie Kitten Plays.... organize all your Magic: the Gathering gear. She's found solutions large and small in all price ranges, so check it out! 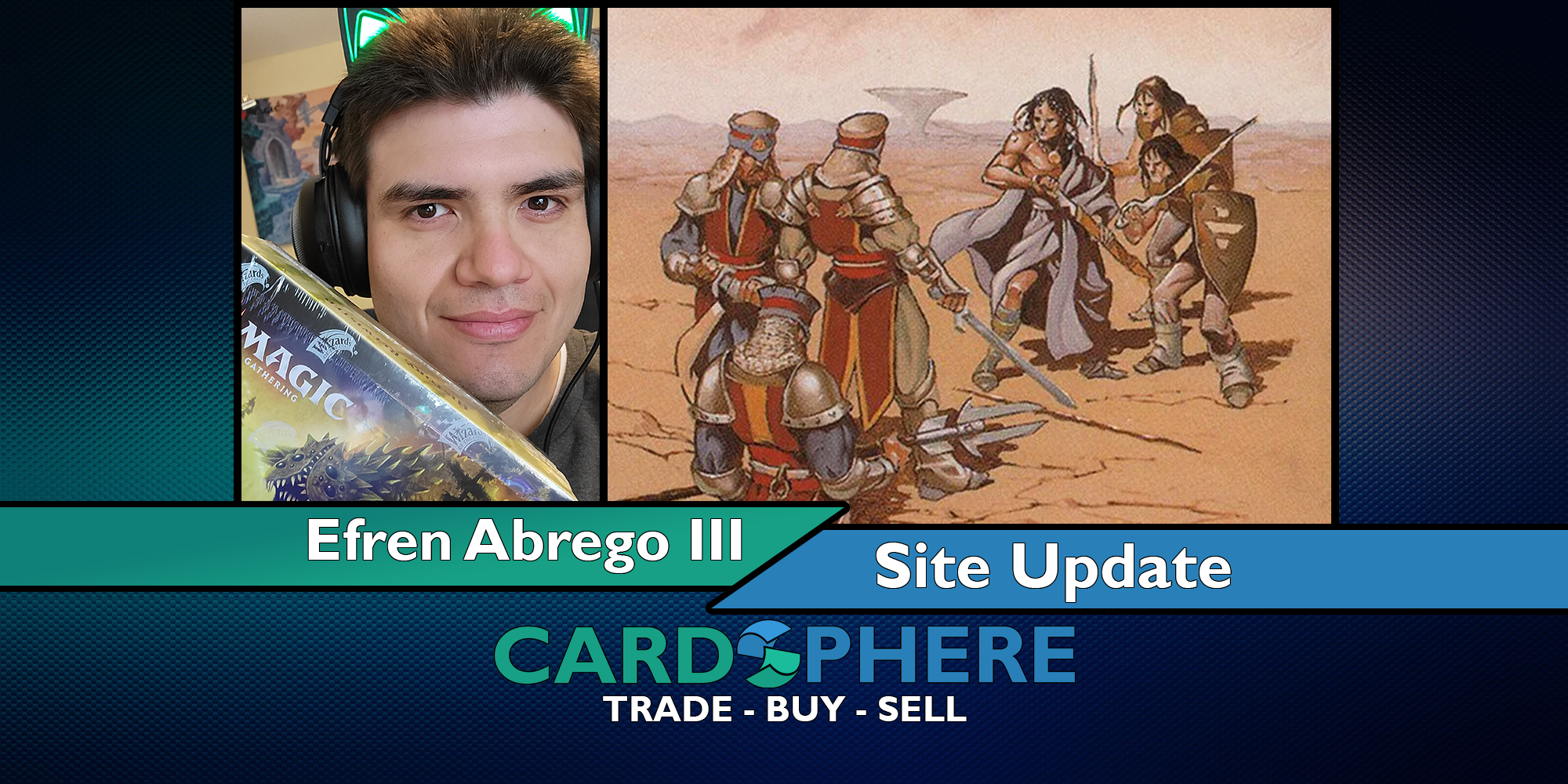 A new feature rolling out will grant some users the ability to self-resolve condition disputes.

Trading Posts
—
A Tale of Two Commons
Share this