I’m the kind of Commander player that quickly gets bored with decks. Some of my best decks have been taken apart simply because I’d done everything the deck could do and I was ready to move on. This is why I never have Voltron decks for very long, because of their inherent linearity. I need mystery. I need suspense. I need a deck that won’t win the exact same way every time.

Enter: Kaldheim. This set gave us a multitude of great cards for Commander. And among them, one of the coolest 5-color commanders ever printed: Esika, God of the Tree // The Prismatic Bridge. Why do I like this commander so much? Well, I like having options, and Esika gives you two options in the command zone, a creature or an enchantment. You can take the god that turns your legends into mana dorks, or play the enchantment that cheats stuff out on your upkeep. This commander seemed perfectly poised to lead the experiment that I had cooking in my brain.

To cure my ennui, I needed a deck that could give me a mostly different experience each time I played it. I’ve piloted enough decks that try to win with the same few cards every time. For example, while my Sisay, Weatherlight Captain deck has a large variety of legendary creatures and planeswalkers, I always find myself fetching out the same few cards that will help me close out the game the quickest. I needed a new deck that could prevent me from doing that. But how?

With most Commander decks, you build it to be a machine. A fine-tuned, well-oiled contraption that does something specific, and does that specific thing as efficiently as possible. But with this mindset, it’s impossible to be surprised by a deck, or, at least, surprised for very long. And, of course, the other players’ decks and gameplay can certainly make things more interesting. But at the end of the day, you’re still trying to grind out your deck’s main plan.

So could I make a deck with no plan? No, the deck still needs ways to win, otherwise I’m just wasting my opponents’ time. How about a plan that is simple, but could be accomplished in different ways each time? Like good old-fashioned combat? Yes, that could work.

I realized that if I truly wanted to have a different experience every time I played the deck, I would have to break some rules. Specifically, I would break the 100-card rule. Yes, this rule is at the very foundation of what makes Commander Commander. And it’s unlikely that every player I encounter would be okay with me cheating with an oversized deck. So how could I break the rule while still having a legal deck?

The answer is in the setup. While the deck may be over 100 cards, I would only play 100 cards every game.

The main bulk of the deck is 75 cards. This part includes my commander, lands, ramp, card draw and advantage, removal, and all the other boring crap that you need to make a functional Commander deck. These 75 cards will be the same every game and are built around making the other 25 cards work. So, where are the rest of the cards?

In addition to my 75 card deck, there is another 100 card deck that is separate. These 100 cards are all legendary creatures and planeswalkers of varying abilities and power levels. At the beginning of each game, I’ll take the 100 card pile, shuffle it, and deal it into 4 face-down piles of 25 cards. One of these 25 card piles, picked either randomly or by an observer, will get shuffled into the 75 card pile, thus making my 100-card - completely legal - Commander deck for that game.

I don't want to know what 25 cards went into the deck until I start to play it. So to keep the mystery intact, I’ve taken precautions to ensure that there is no way for me to look at the deck during the game. There are no tutors, nothing that will allow me to pick up the deck and look at it once it’s been built. No Demonic Tutor or Kodama’s Reach. Not even an Evolving Wilds.

As a 5-color deck, not being able to tutor up lands certainly adds a serious challenge to the manabase. Because of this, I have zero basic lands in the deck. Every land has to either give multiple colors or serve a needed function for the deck. And for ramp I have to rely on non-land permanents. I decided to go with mana rocks, as they seemed the most versatile and less reliant on green than land auras and less likely to get killed than mana creatures. I also don’t want to risk having my Prismatic Bridge flipp over a Llanowar Elves in the late-game.

Because the strategy is simply combat, and because I never know what creatures and planeswalkers I’m going to get, I don’t want to rely on any one specific sub-strategy, like Modified creatures or creature-type focus. Because of this, I’ve included legends that are just generally good for helping my team swing in (Adriana, Captain of the Guard, Akroma, Vision of Ixidor, Vela the Night-Clad), or can serve functional purposes like card draw, ramp,  or removal (Jegantha, the Wellspring, Kiora, Behemoth Beckoner, Drakuseth, Maw of Flames). That’s not to say that I don’t have a few silly surprises in the deck. For fun and variety I’ve added cards like Torgaar, Famine Incarnate to halve someone’s life total, Sen Triplets to play other people’s stuff, or Myojin of Infinite Rage to destroy all lands (who needs lands when you’re cheating out stuff for free every upkeep?). To keep the deck somewhat fair, I’ve tried to vary the power level of the legends, with Fblthp, the Lost and Inga Rune-Eyes on the low end, all the way up to backbreaking cards like Elesh Norn, Grand Cenobite and Koma, Cosmos Serpent. The nice thing about it being random is that I don’t feel as bad if Elesh Norn comes out randomly as I would if I intentionally cast it. "It's not my fault!"

Some of the legends are win-cons on their own, like Syr Konrad, the Grim or Odric, Lunarch Marshal. And some are cards that I might never find a home for anywhere else because of their inefficient casting cost, like Isperia, Supreme Judge, Szadek, Lord of Secrets, or Sisters of Stone Death. There are ways to get creatures back from the grave, like Storrev, Devkarin Lich, Reya Dawnbringer, and Ravos, Soultender. And I've got even more ways to cheat stuff out, like Winota, Joiner of Forces and Kinnan, Bonder Prodigy.

Some of the non-legendary cards that make up the 75 constant cards are absolutely essential to the deck. Chromatic Orrery costs a lot, but the effect makes it absolutely worth it. The biggest weakness in this deck is having the right colors, and the Orrery, in addition to Chromatic Lantern and The World Tree, help to alleviate that problem.

Sphinx of the Second Sun is so good in the deck, and it happens to be the only non-legendary creature included. Having an additional upkeep each turn with the Prismatic Bridge out is possibly the strongest thing that I can do with the deck. And being able to draw and untap a second time is pretty nice too.

Scroll Rack is brilliant in this list. If I’ve got a high-MV creature in my hand that I can’t cast, I just put it back in the deck so that the Bridge can bring it out next turn. It’s also just generally good at manipulating the top of my deck, as I learned in a recent game when I had Syr Konrad, the Grim on the board. My hand was full of lands that I didn’t want, so I used the Scroll Rack to put them on top of my library and get a fresh hand, then used Konrad’s activated ability to mill everyone. All I lost were lands, while other people lost much more important things, and Konnie dealt some crucial damage.

This deck attracts a lot of heat in the form of creature removal. And the best way to get back in the game after you’ve had your army wiped out is Eerie Ultimatum. This card, one of my favorites in the deck, brings every single permanent in the graveyard back to the battlefield. And you can definitely call it a comeback.

All right, combat’s great, but sometimes it needs a little push. For that I’ve got Overwhelming Stampede, Akroma’s Will, and Bond of Discipline. Any one of these cards can easily seal the deal for you if you’ve got a decent sized army. No army? Try Genesis Wave.

Here’s the decklist, as well as a link to the deck in Archidekt. Because of the way it’s laid out, you can’t really playtest electronically. Unfortunately, you’ve gotta have the cards or be willing to spend a decent amount of time randomizing. In the list below, the Sideboard makes up the list of 100 legends in the deck.

So what do you think? After playing it several times, I can honestly tell you that this deck is a blast to play. Not just because it’s a different experience each time (that’s a big part of it), but also because it’s impressive to your opponents. I’ve already won a couple of games with it, and it’s such a great feeling. I love this new deck, and I’m excited to play it with more people.

Do you have any ideas for random decks like this? Let me know! Hit me up on Twitter at @AndyZupke. You can also find me Sunday nights when I’m streaming budget Commander with the Scrap Trawlers at twitch.tv/scraptrawlers. 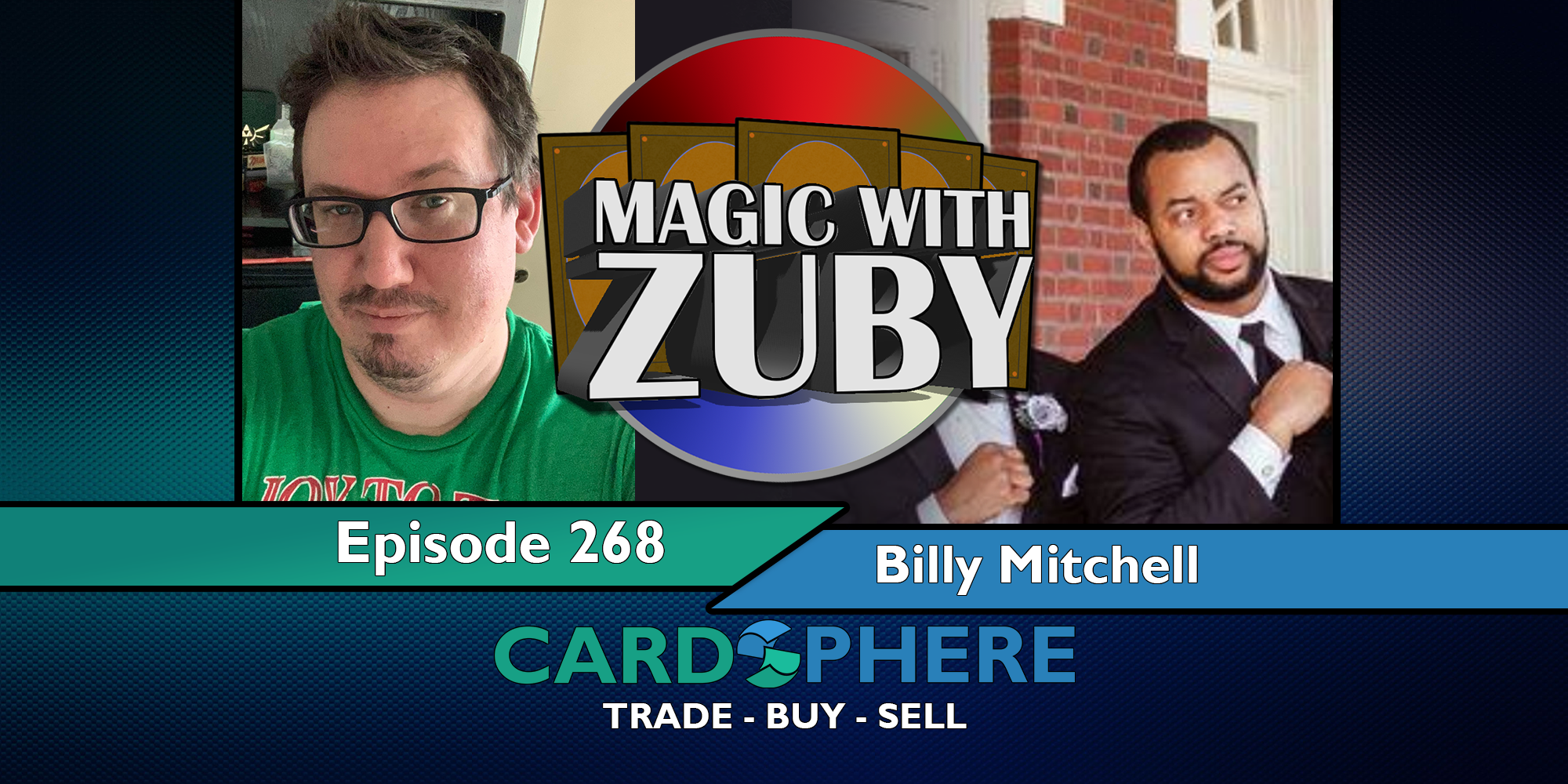 This week we brought on Billy Mitchell, the co-host of the Dark Depths Podcast, which is a Modern/Legacy Podcast. We discussed a LOT of how Modern and Legacy has changed over the years and I pick Billy's brain about both formats 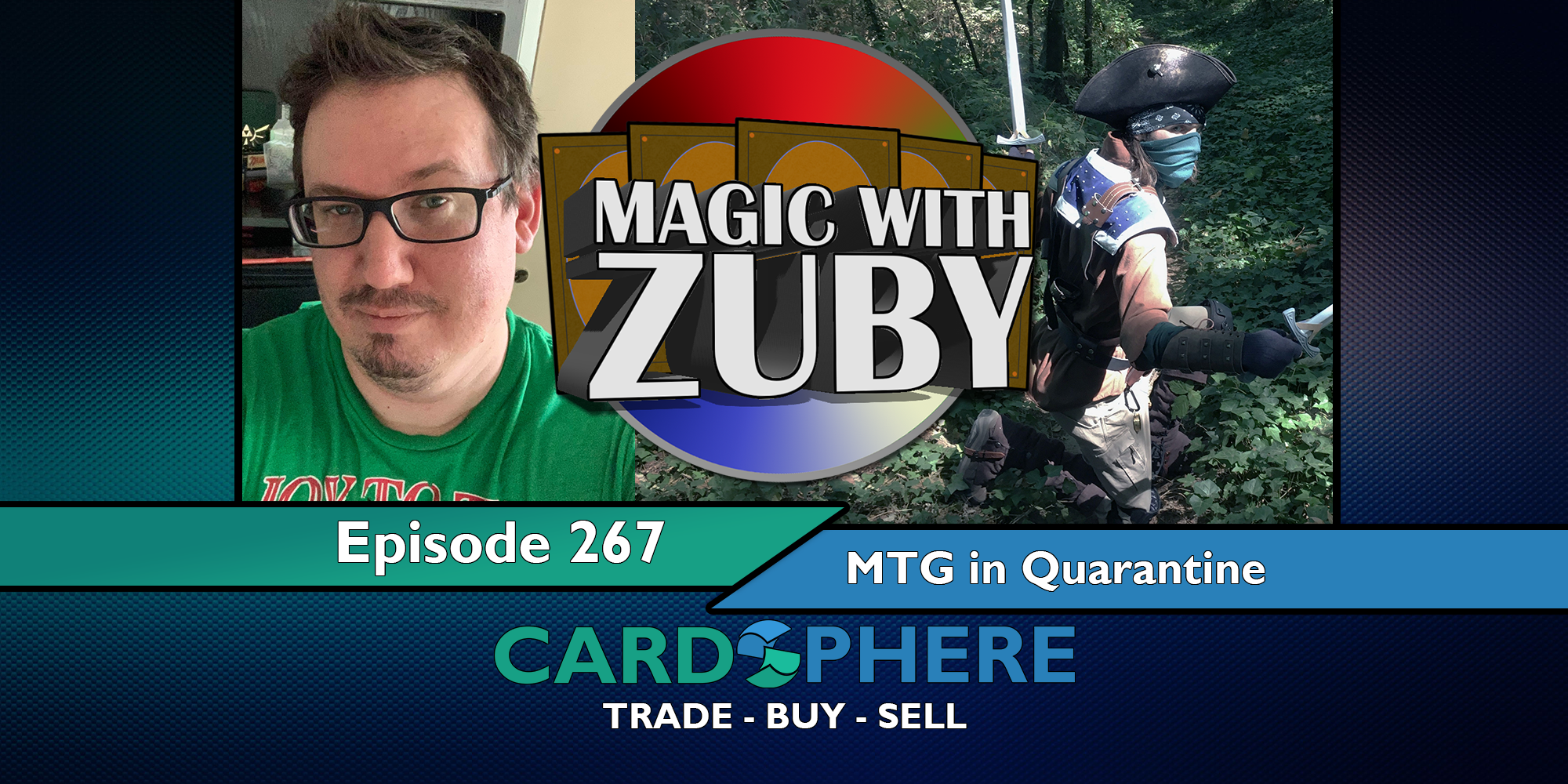 This week we brought on the host of the MTG in Quarantine podcast, MJ! We discussed what it's like setting up a podcast, go really deep into EDH discussion and much more! Please help me in welcoming MJ to the show!

Trading Posts
—
A Box of Chocolates Commander Deck
Share this