There is a misconception among many in the Commander community that to play with a budget deck is to limit oneself in terms of power and consistency. That budget decks should only be played with other budget decks, or risk getting wrecked spectacularly. And, to take this a step further, many players hold the belief that playing with a 5-color budget deck is akin to Sisyphus, rolling a rock up a hill, or, in our case, forever pushing back against the 2 and 3-color value engines that dominate so much of the Commander meta.

So I’m here today to put these ideas to rest. Not only can a budget deck, if built properly and with a good commander, hang with most non-budget pods (outside of cEDH) but it's also possible to build a very strong 5-color deck within these budgetary confines.  I’ll also show you why now is the best time there has ever been to play Commander on a budget. And I’m going to do all of this with my new Sisay, Weatherlight Captain deck.

The Limit Does Not Exist

My Sisay deck was built for a Scrap Trawlers stream, in which our theme was “Dollar Store,” or more commonly referred to as 1DH. So not only is the deck limited to a total cost of $50, per usual Scrap Trawlers rules, each individual card couldn’t cost more than $1 (a few of the cards have since appreciated to slightly over a dollar). I was doubly constrained with this build, but I was determined to use this challenge to create my first ever 5-color budget deck. I’d been dying to use Sisay in a deck that didn’t feel like cheating, since she is incredibly powerful, so it seemed that her time had come.

The biggest concern with a 5-color budget deck is understandably the mana base. Mana fixing for a 5-color budget deck, especially with each card under a dollar, requires us to set aside our differences with 3-mana rocks, and embrace what they have to offer. I’ve been known to avoid them myself in the past, mostly based on the advice and opinions from more seasoned players. But this deck proves that they are perfectly fine and playable additions to decks that need them. So included here are: Commander’s Sphere, Darksteel Ingot, Letter of Acceptance, Mana Geode, and Scuttlemutt. The last one has more than one use here, being able to turn one of our legends into a 5-color creature, thus making Sisay a 7/7.

Because Sisay requires so much mana to activate, and because the deck needs so much different-colored mana, I went heavy on the ramp. So in addition to the 3-mana rocks, I’ve also added in Cultivate, Ornithopter of Paradise, Prismatic Lens, and Azorius Signet. I went with Azorius over any of the other nine guild Signets because the deck relies so much on white and blue over the other colors. I’ve also included Rishkar, Peema Renegade and Jiang Yanggu, Wildcrafter to turn our creatures into mana dorks. Yurlok of Scorch Thrash works really well here, providing 3 of the 5 colors needed to activate Sisay, and goes great with untap effects like Kiora, Behemoth Beckoner and Ral Zarek.

A Land Down Under (a Dollar)

A while back, I tweeted about my confusion as to why Wizards keeps printing the same trashy land with different names. This was referring to: Rupture Spire, Gateway Plaza, Archway Commons, and Transguild Promenade. Outside of Limited, I see no reason why anyone would play these cards. Some people think, and I know this because several responded to my tweet cantankerously, that these garbage lands are, like a benign cyst, just something you have to live with until you have the money to remove it. Dear reader, I can honestly tell you that, after 2 years and dozens of budget decks built, these lands have no reason to exist in any Commander deck. You should never have to pay mana to play your lands. Period. Entering tapped is perfectly fine and probably even necessary, as we’ll see shortly. But paying a mana for them as well? No. Just don’t. You can do better, honey. These lands don’t deserve you.

So what are we using instead? There are two excellent lands that come into play untapped and usually give you all the colors you need: Command Tower and Exotic Orchard. The Orchard is highly underrated and should be included in any deck with more than 2 colors. And because of numerous reprintings, it’s incredibly affordable.

Next up we’ve got the “pain lands”. These are the lands that tap for a colorless, or for 1 of 2 colors for the negligible cost of 1 damage to you. Shivan Reef is one example, and can be purchased for right around a buck. Sadly, only half of these, the 5 allied-colored, have seen significant reprints, so the other 5 aren’t budget at this time. Let’s hope that will be fixed soon. In the meantime, for the enemy-colored pairings, we’ve got the dual lands originally printed in Battle for Zendikar, such as Prairie Stream and Smoldering Marsh. These have seen significant reprints in recent Commander pre-cons and are all relatively cheap to pick up. They don’t always enter untapped, but they do so frequently enough that they’re worth it. Also, and this is the best part, they have the basic land types, so you can fetch them up with cards that name specific basic land types, like Farseek or Gift of Estates.

A significant portion of the land base for Sisay is the tri-color lands, such as Opulent Palace and Arcane Sanctum. Originally printed in the Alara and Tarkir blocks, these have all been reprinted multiple times, and are almost all available for under a dollar. They do enter tapped no matter what. And that’s okay. They’re worth it for giving us 3 color options. However, I did add in one way to get around them entering tapped, with Archelos, Lagoon Mystic.

Path of Ancestry also gives you all of your colors, and even has a sweet Scry ability too. Then don’t forget your Evolving Wilds and Terramorphic Expanse.

With Sisay, we’re looking to cheat out all the best legends and bash faces with them. I’ve cooked some great lines to victory into this deck. For instance, the combo of Zetalpa, Primal Dawn and Odric, Lunarch Marshal has ended several games, with Odric giving all of my creatures Zetalpa’s abilities, plus, hopefully, other abilities as well. But first I like to clear the way before I send in the army. We’ve got two ways to do that, and they both happen to be some of my favorite cards to play. First up is Bond of Discipline. This is one of those cards that your opponents will rarely see coming and won’t be prepared for, outside of a counterspell. If our creatures aren’t big enough to seal the deal with one swing, the Lifelink it grants will pad our life total to keep us alive until our next turn. Or we can do one better. Let’s drop in Kardur, Doomscourge. Kardur forces all of our opponents’ creatures to attack other players until our next turn. After a full round of our opponents smashing into each other while we sit back and relax, life totals are going to be low, and all their creatures will be tapped from attacking. Then you can just waltz on in for the win.

To make sure we can get to this point, we gotta have protection. We’re keeping Sisay safe with Anara, Wolvid Familiar, Esior, Wardwing Familiar, and Sigarda, Heron’s Grace, with Winged Boots and Mirror Shield for more single-creature protection. And I have to mention one of my absolute favorite unsung heroes from 2021, Nils, Discipline Enforcer. This guy flew under the radar, but I’m imploring you to give him a try. He’s saved my bacon on many occasions.

The deck is packed with plenty more powerhouse cards that have massive impacts on the game, like: Ruric Thar, the Unbowed, Etali, Primal Storm, Heroes’ Podium, Piru, the Volatile, and more. And all those cards I just mentioned can currently be purchased for less than 50 cents.

So why is now such a great time for people who want to play on a budget? There are two main reasons. First is the amount of new cards WOTC is releasing. We’re now getting more product than ever before, and because of this, only a select few cards from each set are showing any real monetary value. Here are some numbers to prove it. In 2021, there were 185 new cards printed that could be your commander. Of those 185, 124, or roughly 67%, can currently be purchased for under a dollar. That’s 124 new potential commanders for you to build decks around with just a bit of pocket change. We can also look at rares in general. Last year, 728 new rares and mythics were printed. Of those, 472, or roughly 65%, can be picked up for under a dollar. This vast amount of product being pumped out ensures that there are plenty of good, playable, and cheap cards for us to put in our decks.

Second, we are getting more reprints than ever. Each new set released in Standard now has 2 to 5 ancillary Commander decks to go with them. These decks all have an abundance of reprints of format staples, many of which had significant price drops because of the reprints (Disrupt Decorum and Hellkite Tyrant are some recent examples). There's also full sets devoted to reprints, like the Masters sets, Jump/Start, or one-offs like Time Spiral Remastered.

And it’s not just the regular reprints that are helping our cause, we’re also getting a large number of premium reprints. These are cards with special art or border treatments, like the Mystical Archives from Strixhaven, Secret Lairs, old-border treatments in Modern Horizons 2, or Commander Collections. While these premium printings might be out of our reach financially, they do help to lower the cost of the non-premium versions of those cards, making them more accessible for us cost-conscious players.

I’ve been streaming budget Commander with the Scrap Trawlers for over a year now, and playing budget decks with my local group for a year before that. I can say with confidence that $50 decks are not only getting easier to build, they are getting stronger as well.

Here’s the full list of my Sisay, Weatherlight Captain deck to prove it, with the link to Archidekt to take it for a test run.

I hope you’ll consider giving budget Commander a try. I’ve had so much fun building and playing these decks, and I never feel like I’m missing out on anything by keeping the cost low. Our games are just as fun and dramatic as games with decks that cost as much as a mortgage payment.

If you’d like to chat with me about budget Commander, hit me up on Twitter at @AndyZupke, or come watch us play budget decks Sunday nights at 7:30 Central at twitch.tv/scraptrawlers.

Previews for Kamigawa: Neon Dynasty have begun, so we’ll dive back into that set in two weeks. Until then, take care. And play lots of games!

The holidays have passed, but it’s still the most wonderful time of the year- spoiler season! Let’s take a first look at some of the limited archetypes we’ll be seeing in Kamigawa: Neon Dynasty. 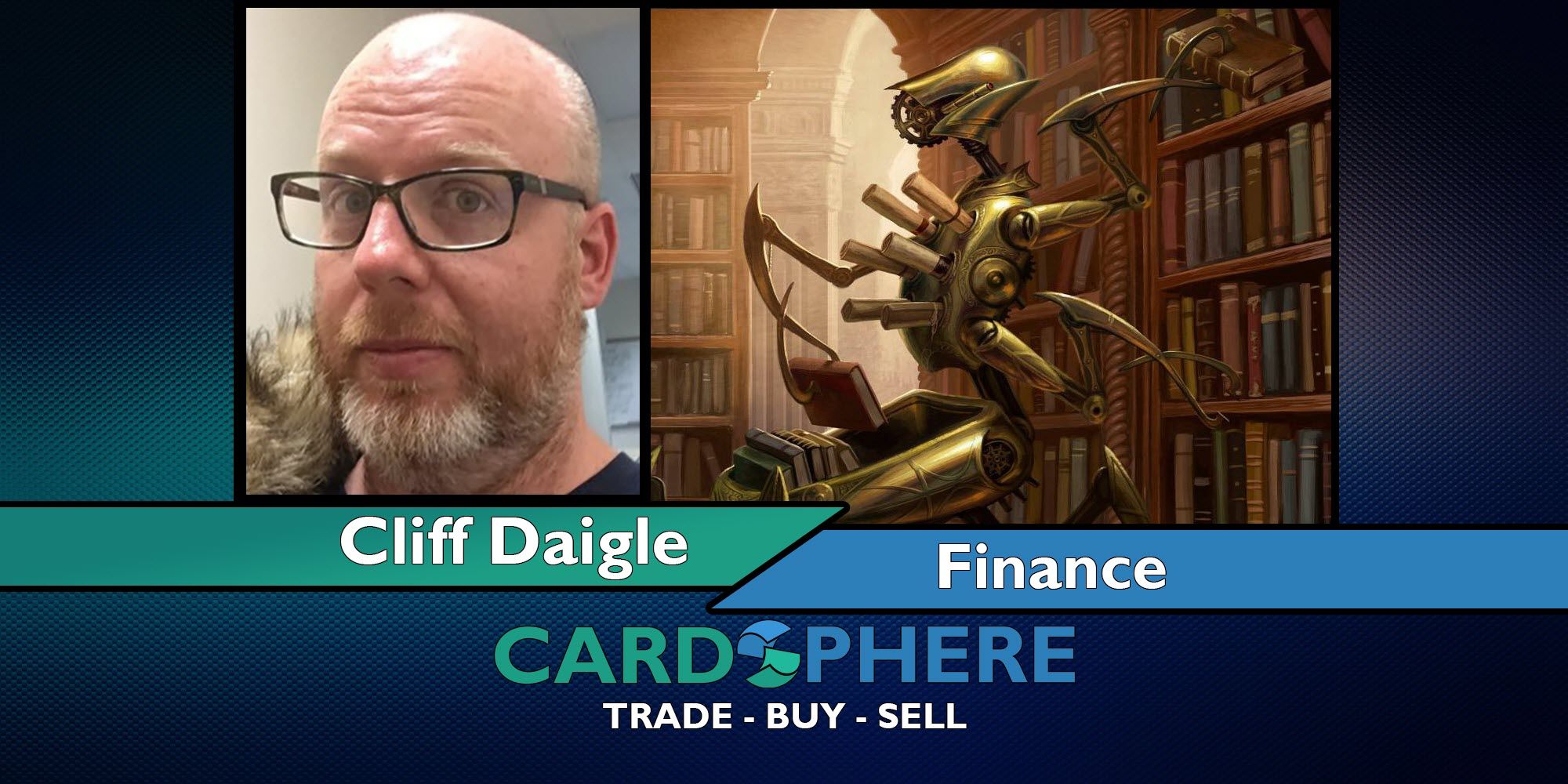 Cliff Daigle shares a hierarchy of formats and explains how they relate to price movement or staleness, especially over the last two years.