The June 1st B & R list has come and gone, and Winota, Joiner of Forces still stands in Standard. Some may believe that Winota has become nerfed due to the ban of Agent of Treachery, but in reality, Winota has only began to show her vast presence in Standard. While Winota's synergy with Haktos, The Unscarred, and Kenrith, The Returned King is obvious, there are many friends that are awaiting Winota's call.

Over the past few days, I have had many people tell me that Winota may not be as relevant in Standard with the loss of Agent of Treachery. While it is true that Winota will not be as powerful in Standard without Agent, Winota is far from unusable. As stated earlier, Haktos, The Unscarred continues to be one of the best targets for Winota as it enters the battlefield with protection from most mana costs. The first turn it enters the battlefield, it can serve as a shield and even provide an extra turn needed to spin Winota's wheel once more.

Kenrith, The Returned King also remains relevant past the Fires of Invention ban through Winota as well. An important thing to note is that two of Kenrith's lesser used abilities are awesome combat tricks. In a Naya deck, Kenrith's green ability (add a +1 counter) can be a sneaky way to throw off the opponent's combat math. In Mardu, Kenrith's recursion brings back Cruel Celebrant or even a fallen Luminous Broodmoth.

Speaking of Mardu, there is a ton of potential for Winota in the three colored deck. Red Destruction on Twitch anticipated Agent of Treachery's banning, and developed a deck prior to the MTG Open that achieved positive day one results with a 7-2 record on the first try. Mardu Winota brings back a ton of great concepts and synergies discovered from using Rakdos Sacrifice and even a favorite from Throne of Eldraine limited: Syr Konrad, the Grim. The deck's synergies revolve around sacrifice through Witch's Oven, Cauldron Familiar, and Cruel Celebrant. War of the Spark common draft favorites return such as Grim Initiate and Lazotep Reaver to bring back those zombie armies that enable Winota spins. In addition to Syr Konrad, another human that the deck can pull is Judith, the Scourge Diva. Judith provides a boost to all the tiny creatures in this deck as well as additional damage when creatures are sacrificed. Judith, cat, oven, and Syr Konrad provide synergies where the opponent is taking consistent damage once the setup is complete via Winota's ability.

Another deck that is fast and powerful through Winota is simple Boros Aggro. The deck's a basic Winota shell involving Grim Initiate, Raise the Alarm, and Legion Warboss. However, some of the targets that Winota obtains in these colors create a powerful wide field. Inspiring Captain is a human from M20 that grants +1 power to each creature on the board until the end of the turn. While one power per creature til only the end of the turn does not seem like a big deal, putting two or three of Inspiring Captains on the board at once will change the flow of the game. If there's already some tokens out from Raise the Alarm and Goblin Warchief, the board gets big quickly on turn four.

Some may believe that there is a lack of evasion since most attacks from Winota's forces are on the ground. Did you know that Winota can summon a powerful flying creature with vigilance and can summon even more creatures if it gets a second attack? One of Winota's most powerful search targets is Silverwing Squadron from Throne of Eldraine. For those who have never heard of it, it has flying, vigilance, and if it swings a second time (as the effect misses due to when Winota initially drops a creatures on the battlefield), it adds a 2/2 white knight with vigilance as well. The most important feature of Silverwing Squadron is its power and toughness being equal to the amount of creatures on the field. On the turn when the field swings with Winota, the field potentially has 3-4 creatures swinging to activate Winota's ability. And it only gets bigger with each successful activation.

There are two feared cards that one should be aware of when entering the new Standard post banned and restricted list: Deafening Clarion and Flame Sweep. Fortunately, there is a card that will help to lessen the blow from those two that also happens to be an eligible target Winota can pull out of the deck: Tajic, Legion's Edge. Tajic is not only easily summonable without Winota at three mana, but also has mentor and first strike that's activated for WR. As if that is not enough, Tajic has another ability that is key in any matchup against Clarion and Sweep: Tajic shields other creatures from noncombat damage. While Tajic still dies if one of these cards is activated, the rest of the field remains safe.

As the banlist takes effect and Agent of Treachery and Fires of Invention leave play, there are a few other humans in Standard to consider. If one would want to run a form of Jeskai Winota heavy on instants, sorceries, and/or aura spells, Scholar of the Ages would be great to reoccur anything from spot removal to draw spells, and Storm Herald is great for a more aura-heavy deck. Other cards to consider for Mardu are: Plaguecrafter, Blacklance Paragon, Oathsworn Knight, General Kudro of Drannith, and General's Enforcer. Last but definitely not least, if running a multicolored deck, consider Roalesk, Apex Hybrid for +1 counters and Atris, Oracle of Half-Truths for card advantage.

Be sure to keep an eye out for M21 spoilers as Core Set 2021 approaches, also. Look for humans and how they may fit into the current standard with Winota, because as long as she remains off the Standard ban list, she will continue to remain relevant with her powerful ability. While building with her is a challenge as the player will have to balance human and non-human creature spells, she will only gain more friends with each new set. While Winota will be missed by some due to her suspension in Historic, those who truly love her will see this as an opportunity to brew with her in Standard.

Enjoy spoiler season and consider the possibilities. Game on. 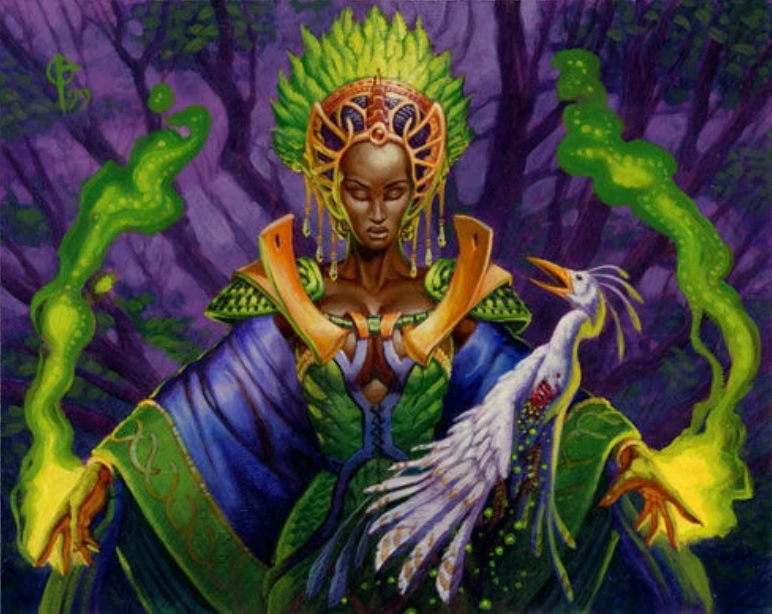 Elizabeth Rice's got her eye on a new commander in Core 2021, from the far off jungles of Mwonvuli: Jolrael. Check it out! 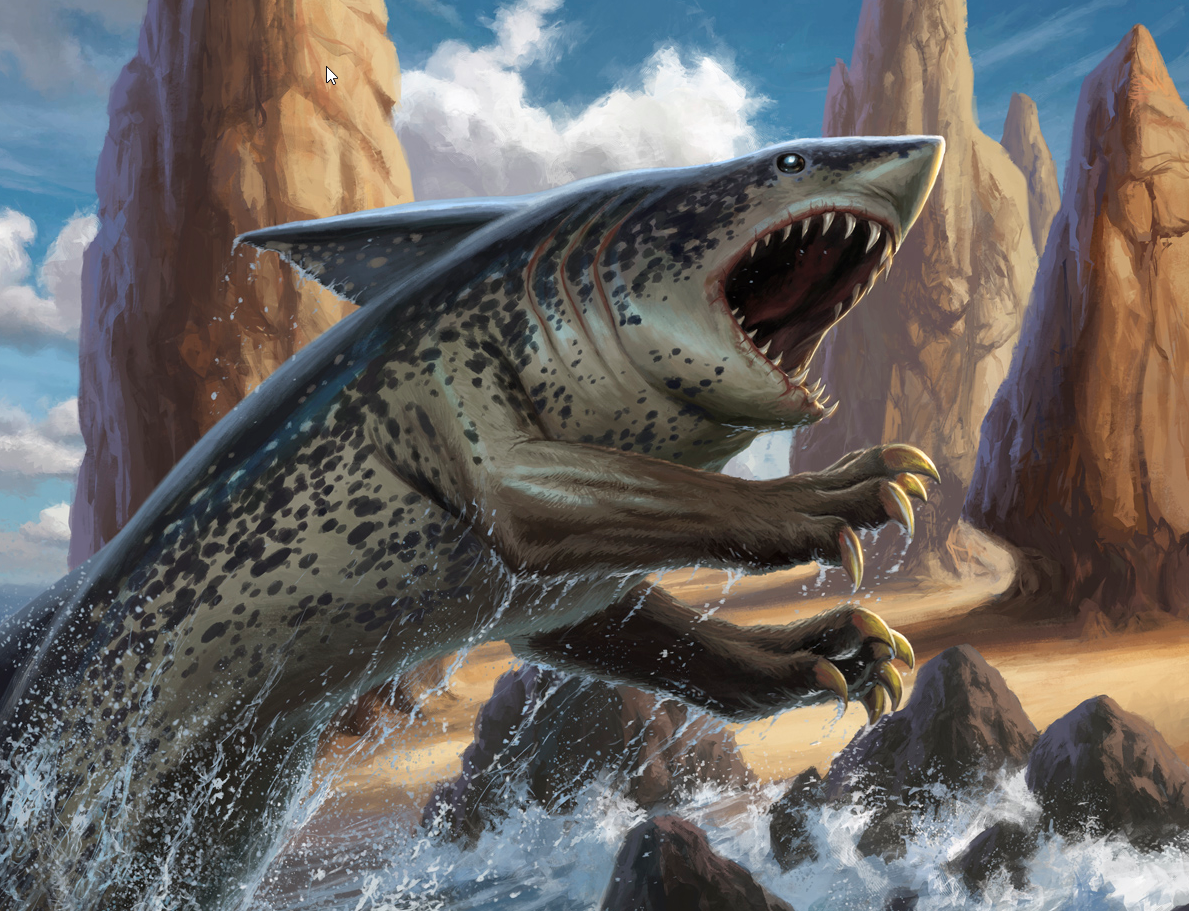 Lord Tupperware goes through some recent plays and discusses reading opponents' plays, and making sure that you aren't leaking information to them.

Trading Posts
—
The New and Familiar Friends of Winota
Share this