Some of you may be familiar with the story of Achilles from Greek Mythology. For those of you who aren't, here's the quick version. Achilles' mother dipped her baby into a river, making him invincible wherever the water touched. Later in his life, Achilles is doing what legendary warriors do, slaying the opposition. The God Appolo didn't like that Achilles defeated a warrior named Hector. As revenge, Appolo guided to hit Achilles him in his heel, the only part of his body that the river water hadn't touched.

I know what you're thinking, "Alby, first of all, you look great in that Cardsphere hat you always wear. Secondly, what does this story have to do with Magic?"

Great question. The moral of Achilles' story is that even the most powerful, unbeatable warriors always have a weakness. The same is true for Magic decks. There is no deck that has ever been made in the history of Magic that didn't have some kind of weakness. So, for this article, I'd like to go over the weaknesses of some of the best decks in Modern that way you too can... shoot an arrow into their heel.

Tron has a very focused game plan of trying to assemble Urza's Tower, Urza's Power Plant, and Urza's Mine. Because of how focused this gameplan is, there's very little interaction in the deck, especially in Game 1. So, decks like Burn and Infect are great matchups against Tron. Its lack of interaction lets these aggressive strategies take over the game and finish it quickly. So, turn a Monastery Swiftspear or a Glistener Elf sideways and take down Tron before they even have a chance to play their 3 lands.

Tron also has difficulty dealing with cards that disrupt their lands. Blood Moon, Alpine Moon, Spreading Seas, and Ghost Quarter are just a few potential options. Disrupting the lands does require you to have some kind of additional pressure to go with it though or else the Tron player will have enough time to find an answer or to get enough lands to start paying retail for their threats.

Humans is arguably the best creature deck in Modern right now, but it shares the same weaknesses that most other creature decks share. Board wipes are very, very good against them.

Wrath of God, Terminus, Damnation, Oblivion Stone, etc. are usually a 3 for 1 or sometimes even more. Even if you're not trying to wipe out all of their creatures at once, 1 for 1 removal spells like Fatal Push, Path to Exile, Dismember, and Lightning Bolt can slow the Humans deck down a bit. These are all cards run in the main for many Modern decks. But my favorite way of beating Humans is with my old friend Ensnaring Bridge. Humans decks have been been trimming copies of Kessig Malcontents recently, which means their only out becomes Noble Hierarch beatdowns.

The most successful way that I've found to take down Izzet Phoenix is by denying them resources. The big finishers Arclight Phoenix and Thing in the Ice demand a certain number of resources must had for the cards to do basically anything, thereby providing a nice juicy heel at which to shoot.

Recursive hand-attack from cards like Liliana of the Veil make it hard for Phoenix players to turn on their threats. Taxation also slows down Phoenix players. Thalia, Guardian of Thraben, Ethersworn Canonist, and even Spell Pierce make Phoenix players use their resources much more slowly and unfavorably. Incidental graveyard hate and exile effects are also very strong. Relic of Progenitus, Path to Exile, and Scavenging Ooze all cards get rid of those pesky phoenixes for good.

Also, Chalice of the Void X=1 is basically GG if you're a Chalice deck.

UW Control should not be good in this format, yet it somehow manages to put up decent numbers. When you look at the top 20 decks in Modern, this is the only one that's reactive rather than proactive. This makes its weakness being slow and it needing to have the right answer at the right time. Aggressive decks are great answers to UW Control.

Having Teferi, Hero of Dominaria, Cryptic Command, and Supreme Verdict in your hand feels pretty bad when you're staring down a turn 1 Goblin Guide. Hand-attack is also a great way to disrupt UW Control's desire to disrupt you. Thoughtseize and Duress on turn 1 are fantastic, but they're also fine draws later in the game. They usually require your opponent to counter them, which will then give you an opportunity to try resolving a planeswalker or other important card for the matchup.

These two decks are pretty similar. Both are artifact aggro decks, so cards that are good against artifacts and/or good against aggressive strategies are what we're after. For artifacts, Stony Silence, Ancient Grudge, and Knight of Autumn are all great answers. There many more artifact answers available, but these are top contenders. Against aggressive decks, cheap interaction like Fatal Push and Lightning Bolt are usually capable of taking down every creature.

The key card in both decks is Arcbound Ravager. If you have the opportunity to remove a Ravager early, do it. Meddling Mage and Pithing Needle naming Ravager are both effective plays that I have seen made several times.

Another card that might not seem great, but is secretly amazing is Spellskite. With 4 toughness it blocks well enough to slow down the aggressive starts, but most importantly it's another answer to Ravager, Arcbound Worker, and even Walking Ballista. Your opponent can't take advantage of the Modular ability with a Spellskite on the table because Spellskite can change the target of the ability to itself.

Thanks for taking the time to read the article! I hope you enjoyed it. Remember, if you decide you want to try out some of the answers that I've mentioned in this article, you should get them here on Cardsphere! 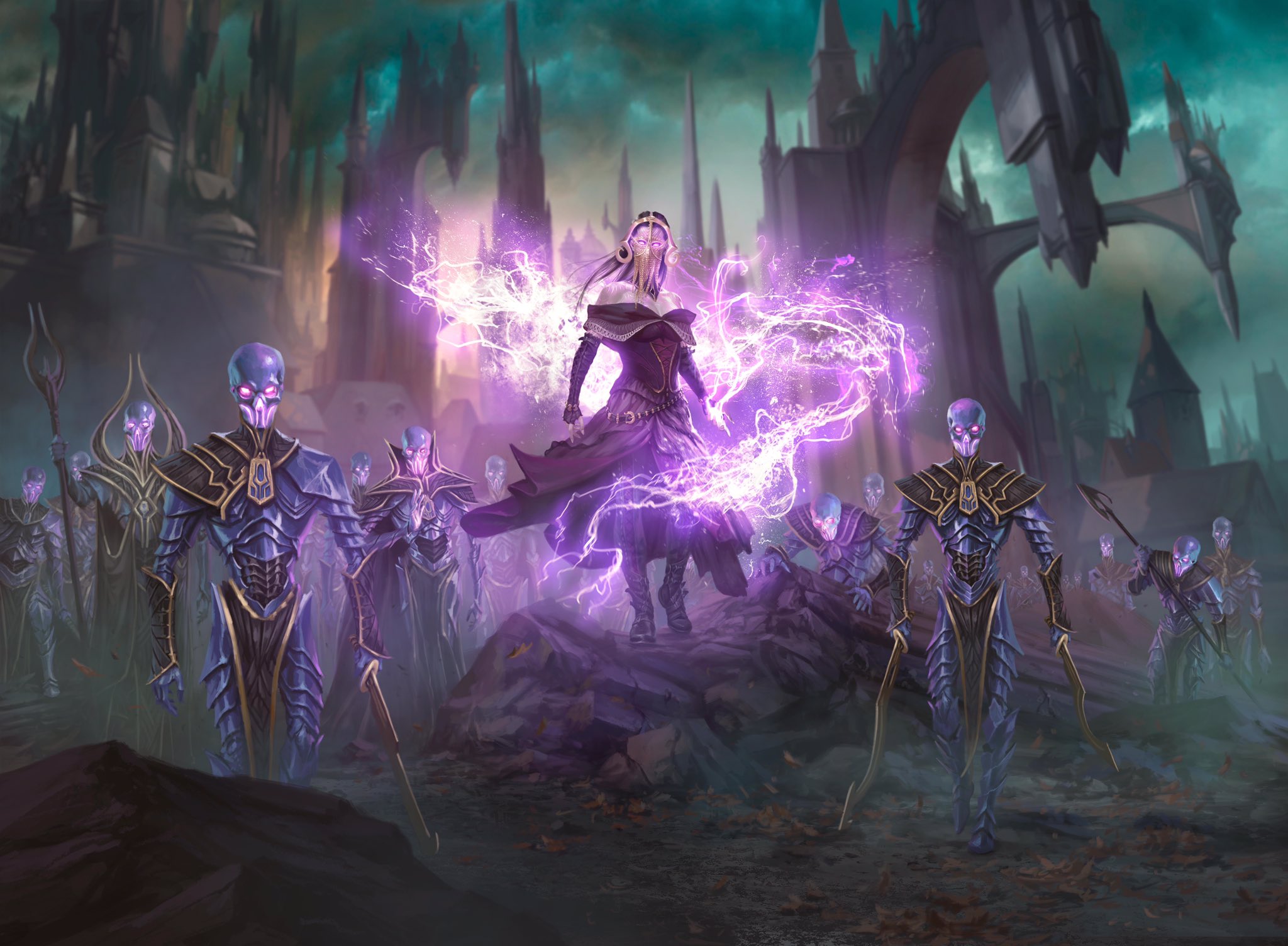 As we near the sweet spot for picking up WAR specs, Cliff Daigle clues us in on some picks he's keeping an eye on to acquire at the right time. 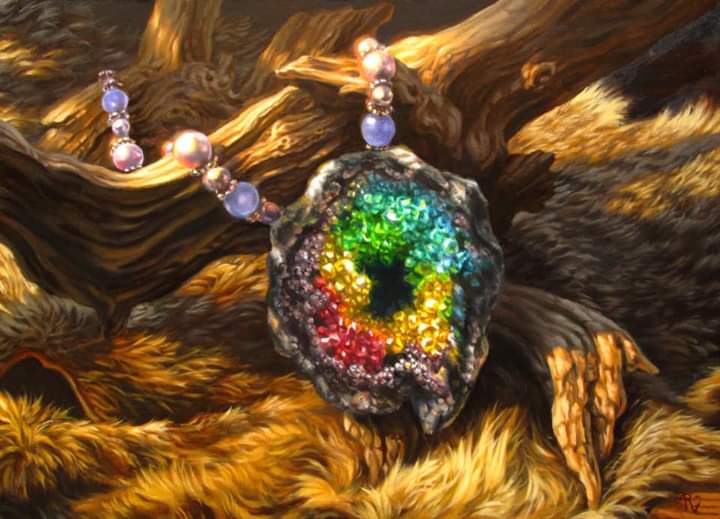 Lord Tupperware provides some advice on how to put together a working color deck in MTG WAR limited.

Trading Posts
—
How to Beat the Best Modern Decks
Share this