Hey friends! Come in, come in. Thank you so much for coming. Today I’ve brought you another deck tech for one of the legends from Zendikar Rising. And this time we’re bringing games, snacks, cocktails, and that weird cousin who’s visiting from out of town. Throw your coats on the bed, and join us for the beatdown party, with Tazri, Beacon of Unity as the host.

Tazri is a 4/6 human warrior costing 4W, with a discount of one generic mana for each creature in your Party. She also has an activated ability that costs 2/U 2/B 2/R 2/G, which lets you look at the top six cards of your library, reveal up to two wizard, warrior, cleric, rogue, and/or ally creature cards and put those into your hand (we’re gonna skip the allies today, sorry friends). So to take full advantage of this ability, we’ll want to stack the deck full of creatures of those types. Let’s see what kind of dish we brought to pass around.

Life of the Party

We gotta really pack the house if we want to get this party hopping. And not just any old boring creatures. We want this party to be dope, as the kids say, so we’re looking for the creatures that are going to boost each other up and work together to bring the pain to our opponents. We’ve got Zagras, Thief of Heartbeats to give our crew Deathtouch, Vela the Night-Clad bringing the Intimidate, Samut, Voice of Dissent handing out the Haste, Archetype of Imagination allowing us to soar over our enemies, and Surrak Dragonclaw dishing out the Trample taco salad. Tasty.

We’ve also got Vito, Thorn of the Dusk Rose hanging outside the bathroom, giving everyone Lifelink for a small fee. With his additional life drain ability, Vito can end games quickly, especially if we’ve got Ikra Shidiqi, the Usurper on the battlefield. And what the heck, why not throw in Najeela, the Blade-Blossom for an additional combat step or two? We’re chock full of warriors here, so I think she’s gonna mingle well.

With all of these powerful creatures, our opponents are going to be doing their best to take out our biggest threats. So we’re going to want to have a lot of protection in this deck. I’ve included Marisi, Breaker of the Coil and Grand Abolisher to stop any tricks during combat. Surrak Dragonclaw makes sure our creatures get past the bouncer. Mother of Runes fends off those pesky targeting spells. And we’ve got Heroic Intervention, Flawless Maneuver, Linvala, Shield of Sea Gate, and Selfless Spirit which all give Hexproof and/or Indestructible to our whole team for a turn.

Even with all of this protection, we’re still going to lose some creatures now and then. But it doesn’t have to be forever. Ravos, Soultender gives us back a dead creature each turn. Marchesa, the Black Rose has some conditional recursion with her Dethrone ability. Storrev, Devkarin Lich brings a creature back if he hits our opponents in combat. And the new Thwart the Grave makes sure the party never stops. Even Finale of Eternity will do the trick if we pump enough mana into it.

A Party for the Ages

You may have noticed I’ve listed quite a few legendary creatures so far. Yep, this deck has 23 legendary creatures in it. Let’s take advantage of that. We’ve got Heroes’ Podium to pump up all of our legends and also give us another way to hunt for creatures from the top of the library. Day of Destiny gives all of our legends +2/+2. We have Mox Amber for some free ramp. Reki, the History of Kamigawa will draw us a ton of cards. And Primevals’ Glorious Rebirth gives us a powerful recursion spell, reminding us that heroes get remembered, but legends never die.

I’ve also included a whopping 13 ramp cards here. The deck is very mana hungry, and we’re going to need a lot of extra lands and rocks if we want to have any hope of actually using Tazri’s ability. We’re going to be doing a lot of attacking, so Grand Warlord Radha feels like a good fit for some extra mana. Mirari’s Wake definitely fits well with our creature-heavy deck. And Chromatic Orrery is a perfect inclusion for ensuring that we’re able to activate Tazri each round, as well as helping us cast our spells with multi-colored pips. Or you can just use it to draw a bunch of cards!

When you’re ready to bring this party to a close, cast a Finale of Devastation for X = a ton. Or you can play one of my favorite budget finishers with Bond of Discipline. This card, matched with Vito, Thorn of the Dusk Rose, is sure to close out a game or two.

The price tag on this deck is a bit high, but a lot of that cost comes from the 5-color manabase. You can easily go budget with the lands, taking out all of the shock lands, Triomes, and Mana Confluence, and shave at least $150 off the bill. Sure, that may slow the deck down a little bit, but you’ll still have fun as long as you’re not trying to keep up with a super competitive meta.

Party Over, Oops! Out of Time

There you have it, friends! This deck is really fun, and full of cool and flavorful creatures. It goes hard on the attacks, turning lots of creatures sideways. And who doesn’t love that? Party poopers, that’s who. While we’re mainly winning through combat, the deck has enough variation that you’re not going to get bored quickly. No combos to tutor for, nothing going infinite, just a fun and casual beatdown deck.

Keep checking back here for more Commander fun. Commander Legends is right around the corner, and I CAN’T WAIT to see what the set has in store for us. Party on. 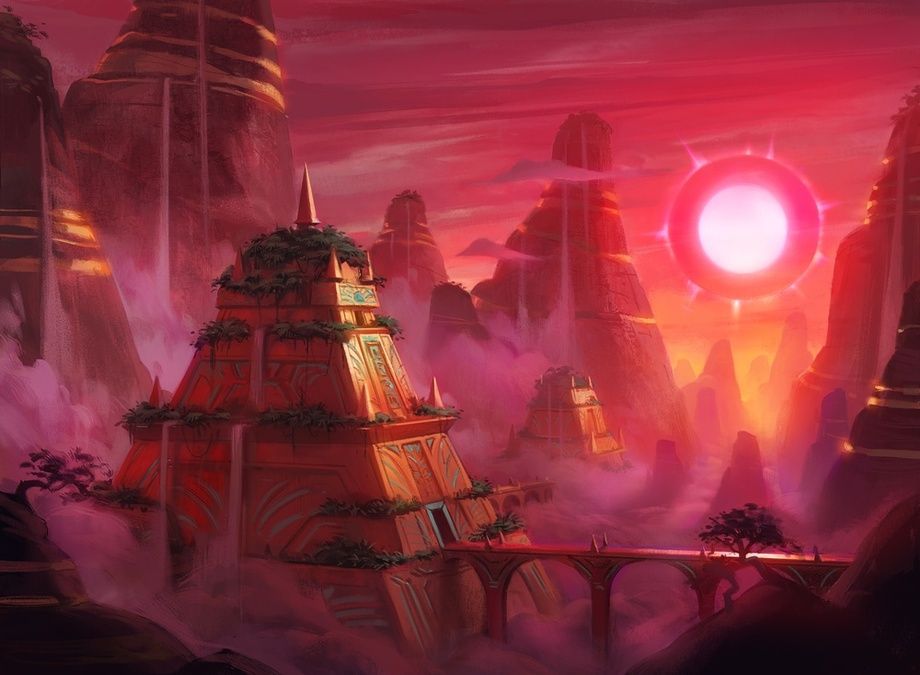 Elizbeth Rice opens up her flavor bible once again, this time taking a look at the plane of Ixalan. 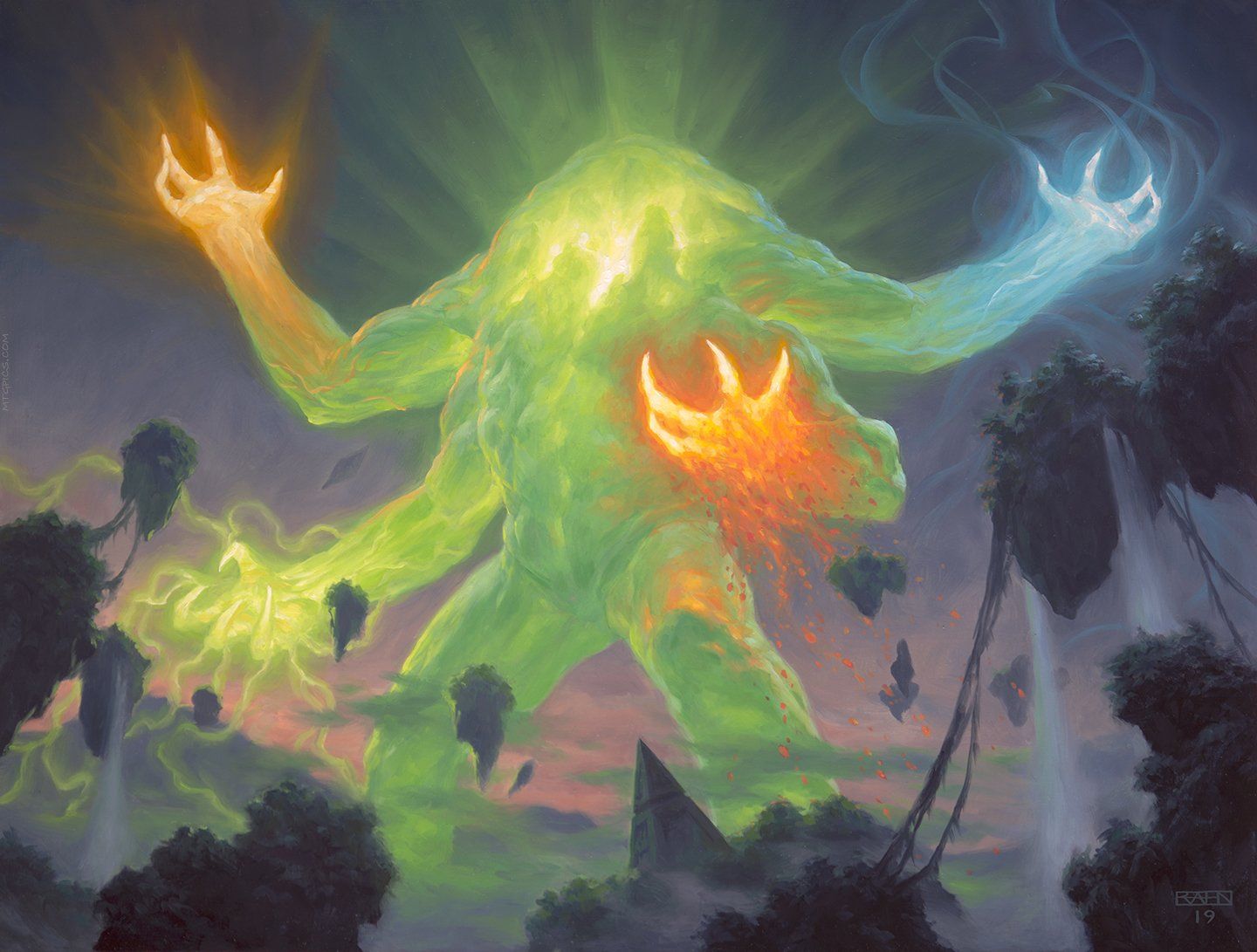 Skybilz and Guillaume Robert team up to examine power creep, the banlist, and how R&D and players can make things better.

Trading Posts
—
Who Rocks the Party? Tazri, Beacon of Unity
Share this