I believe that if you’re here and using this awesome asynchronous trading platform, your goal is similar to mine: To get as much joy as possible out of this game while spending the least cash (for my purposes, the expense of shipping doesn’t really faze me.) I love that I can trade cards away and get something I want, without endless binder haggling.

Don’t get me wrong, I dearly love the personal interaction of trading but life is so much easier when I’ve got sufficient Cardsphere credit to just get what I want.

As a result, I constantly think about what I want to trade for and what I don’t want to trade for. I want to be mindful of the long term: Sometimes things don’t move on CS for months, even if I’m the best price. That happens, and needs to be planned for.

Right now, we’re in a time of doldrums. We know a little about Theros: Beyond Death because of leaks. We know that the Mystery boosters are going to be at every GP and every store, helping lower prices of those cards. That’s not new.

What I can’t lose sight of is that Throne of Eldraine is going to be Standard-legal for two years, and that’s twice as long as any other set currently available to us. We’re also near to max supply on this set, given the Collector boosters and prize packs and how we usually don’t open much product during the holidays.

So what’s the best value for the next couple of years? What can we buy low on, and sell high sometime before September 2021?

It is going to take a while for me to get used to writing four prices instead of two!

We have seen the prices of good removal in Standard go down and then head back up. The existence of multiple versions shouldn’t change that. Murderous Rider is not a $6 card. It’s more like $10-$12. Observe two recent historical examples:

Vraska’s Contempt made it to sub-$5 as a preorder, jumped immediately to $10, declined to $6, then rocketed to $15-$20 and stayed there for the better part of a year, only starting to decline in price a few months before rotation hit.

Hero’s Downfall was the same sort of pattern, but lacked the exile clause so necessary during the time that Hazoret the Fervent was terrorizing Standard. Still, the ‘low the up then hit bottom then hit max price about a year after initial release’ holds up.

Based on this, we can expect that Murderous Rider will hit max value around October 2020.A lovely timeline: I’m picking mine up in paper trading, just spares here and there. I’m not sure whether I’ll buylist them all away in one shot or piecemeal them out on CS for $10+ each. Depends on the heights it gets to and how many people are offering 90% of value in trade.

This is the core of Magic finance, the buy low sell high, but you have to plan for it. So much is gained by seeing what things are too good to be so cheap, and moving in beforehand.

Korvold, Fae-Cursed King has jumped from $10 to $30 and is now $25 because the sacrifice synergies are so very strong. That was hard to see coming. Sometimes, cards spike and retrace downwards in price, but that doesn’t mean they aren’t capable.

I’ve been one-shotted by Embercleave. It’s an awful feeling, going from ten to dead and wondering what just happened. It was on my list to be a cheap mythic pickup, but then Oko’s ban happened and everyone ran to play aggro.

I still believe Embercleave is a $15 or even $20 card. Decks that play it want the full set. Commander players are soaking up some of the copies, as it’s super ridiculously amazing in that format, even if it’s not being cast for RR. I’m hoping the card travels back to the $7 or lower range as we ramp up for new Theros, because the card will have two years to impress us. All it needs is one good on-camera moment, one ‘tfw Embercleave = gg’ memeable reaction, and then it’s time to sell into the hype.

Fabled Passage is currently $18 in its cheapest printing, and that’s a price while we are opening the set left and right. It’s the second-most expensive extended art foil, beating out The Great Henge. While it’s not seeing Modern play, it’s in 70% of Standard decks, according to MTGGoldfish’s deck stats.

I honestly don’t know how high this can go. Sure, it’s reprintable, but when? We’ve got a lot of supplementary products coming down the pipeline, but will those happen before this card hits $30? Perhaps $40?

Fabled Passage is in 18% of Pioneer decks too, the only fetchland currently legal in that format. If the reprint doesn’t happen before October 2020, Fabled Passage will have doubled in retail price. Seeing it at $36 will be the norm, and we will all think back to right now and wonder, ‘Why didn’t I pick up more copies!?’

Finally, I’m here to advocate for Emry, Lurker of the Loch. Currently she’s at $4/$7/$20/$80 and that’s the sort of progression that grabs my attention. Emry is having a huge impact on the non-rotating formats, especially the assorted flavors of Urza decks in Modern. Doesn’t matter which version of Urza you like, Emry is here to play second fiddle and make the deck run smooth as silk. Worst case is that Emry enables a free card draw via a Bauble of some sort, but equally possible is the resurrection of a key combo piece.

The jump in price for the special versions of Emry hasn’t filtered down to the regular nonfoils. That won’t always be the case. Get your copies now and thank me later. 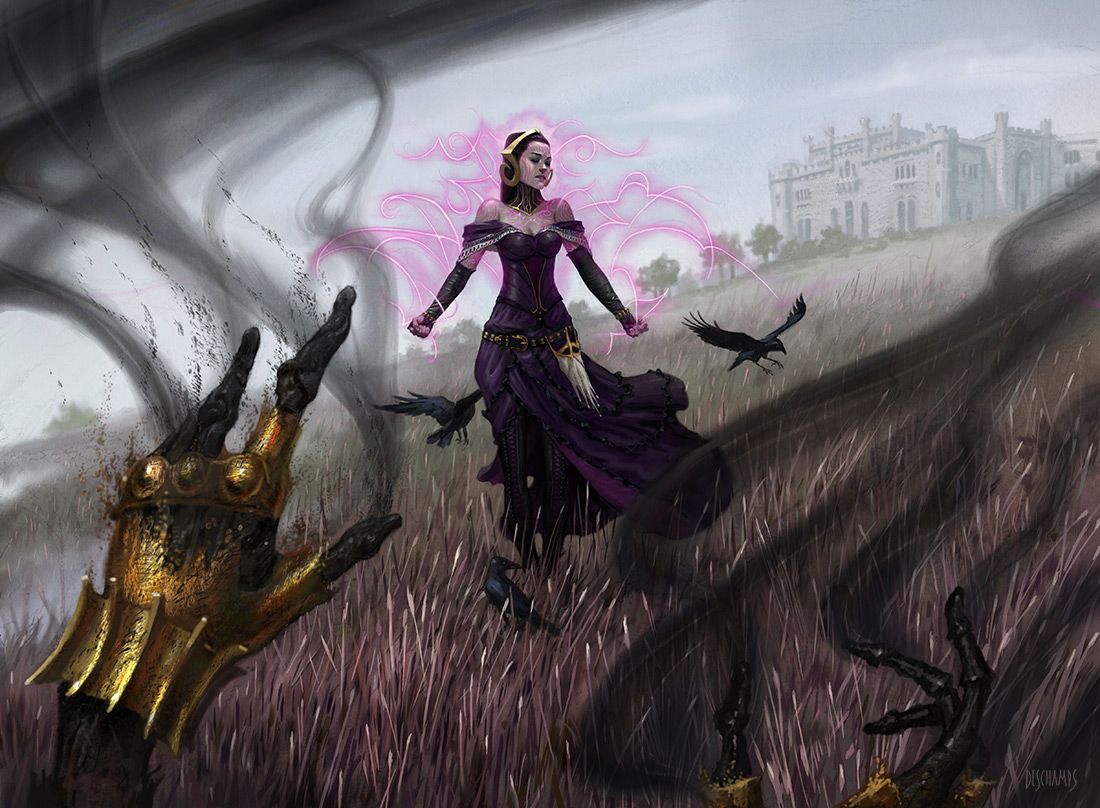 In which we have a final parting with Joe Dyer, The Eternalist, and he muses about years past and what comes next. 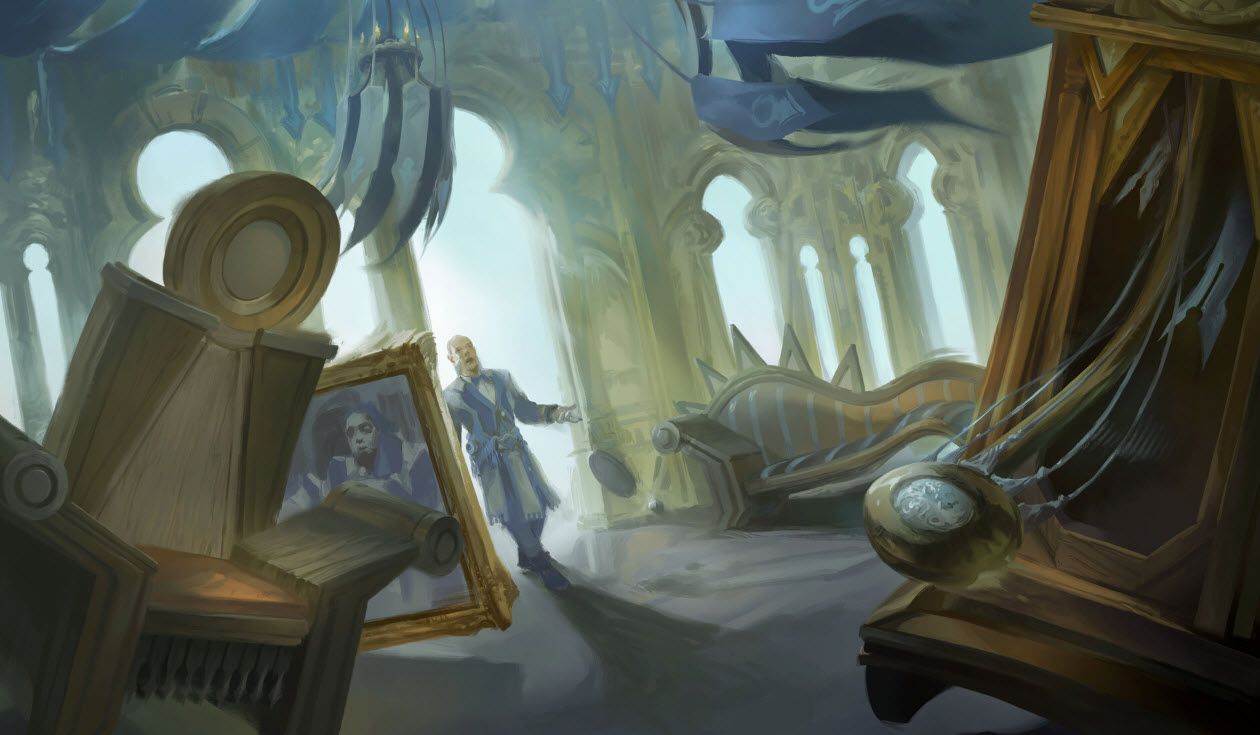 Lord Tupperware's still going strong with Eldraing limited, finding new pieces to build around and re-evaluating many cards. Have they slipped below your radar?