I’m member #490 on this site, something I take a little too much joy in. I heard about Cardsphere early, I was stoked early, and I joined early.

In the years since, I’ve come to several conclusions about what the site is good for and what it doesn’t do well. This isn’t about features inside the site, or the concept of asynchronous trading, just the observations I’ve made and the rules I’ve come to follow.

#1: Cardsphere is definitely not for the accumulation or liquidation of speculative Magic cards.

I freely admit I buy and sell cards speculatively, but my budget is pretty restrained as a high school teacher and father to two elementary school kids. I’m also happy to share things I pick up on that basis, and I frequently do share that on these very pages.

When a card spikes or drops due to reprinting, we freeze it, and people have a chance to adjust their wants, haves, and offers. Sometimes a card spikes due to demand, such as a lot of X spells and Hydra spells with the introduction of Zaxara, the Exemplary. Look at the last five trades of Primordial Hydra:

Traders on Cardsphere loathe paying for spiked cards. I’m not sure why, but Primordial is a great card if you’re building the deck. No one wants to pay the new price, though.

In terms of quantities of cards, I’ve noticed here is that people are loath to list lots of copies, or just don’t have lots to list. Cardsphere is filled with people who list their collection and then look for others who want the things from that collection. Not a lot of speculators on here, and aside from tokens (a topic for another day) there aren’t people asking for more than a playset of a card.

At the same time, it is hellaciously annoying if I say I want 10 of a card and I put a good percentage, now I’ve got ten individual things to keep track of, to unpack from individual toploaders and then re-organize in my collection. If I ordered 10 from one website, bam, one package to deal with. I’ve learned that it generally isn’t worth it.

When you look at a card’s best offers, there’s a lot of folks who are content to offer 30% on everything, and let business come to them. That’s a valid viewpoint, and if you’ve got 100 cards worth a buck each, why not turn those into $30? A long box of nearly-bulk rares can be most of a dual land.

If you’ve got the time and the hookup for cheap stamps, go for it. On the other extreme, if you see an offer for low-to-mid-level cards that’s 80% or more, you should jump on that. Fetches, reserve list cards, and other staples can go a bit higher, and please utilize our Discord to help meet folks who want to buy or sell.

Those folks offering 10-30% on tons of cards? Doesn’t take a lot of hits before you’re feeling like the king of the world. It feels very very good to get a card for so much less than the retail, it’s a dopamine rush of satisfaction.

Balance that, though, with the desire that you have to acquire this new card. At first, I listed everything I wanted in foil, because I’m a magpie like that and want to foil things out. The problem was that I couldn’t accumulate value for the bigger things that I wanted, and thus had to adjust.

Patience is good but don’t forget that you can advertise your needs. We have a weekly Reddit thread, we have the Discord for constant interaction, or even just advertise on Twitter! The more ways you get involved and get interactive, the more likely you are to find someone who’ll send you what you want for the price you want.

As I said, 80% offers are the sign that someone’s serious. If you crank your offers up, and advertise to other traders, you’ll get your fetches and foils a lot sooner, but the expense is going to be there. I realize this seems simplistic, but humans are simple creatures. We’re going to sell what we have for the most we can get. Recognize this as a fundamental principle here, with a minor caveat:

When I see that two people want the same card, but one has a second card I can send and the percent isn’t far off, I always take the multi-card offer. Saves me a stamp, makes packaging easier, and just simplifies everything. Believe it or not, I’m aspiring to get rid of cards, not accumulate them. I want to take the many cards I have and turn them into a smaller collection of greater value. I do this (well, did this before the virus) at GPs by letting vendors decimate my binder because they have some Masterpiece I want.

The first piece of advice I give people who ask about starting in Magic finance is that the first week cards are out, they are never more valuable and they are never more in demand. On Cardsphere, there’s an additional reason to sell quick: No fees!

Elizabeth Rice discusses a significant challenge faced by many content creators: what to say or not say about the state of the world outside of your subject matter. 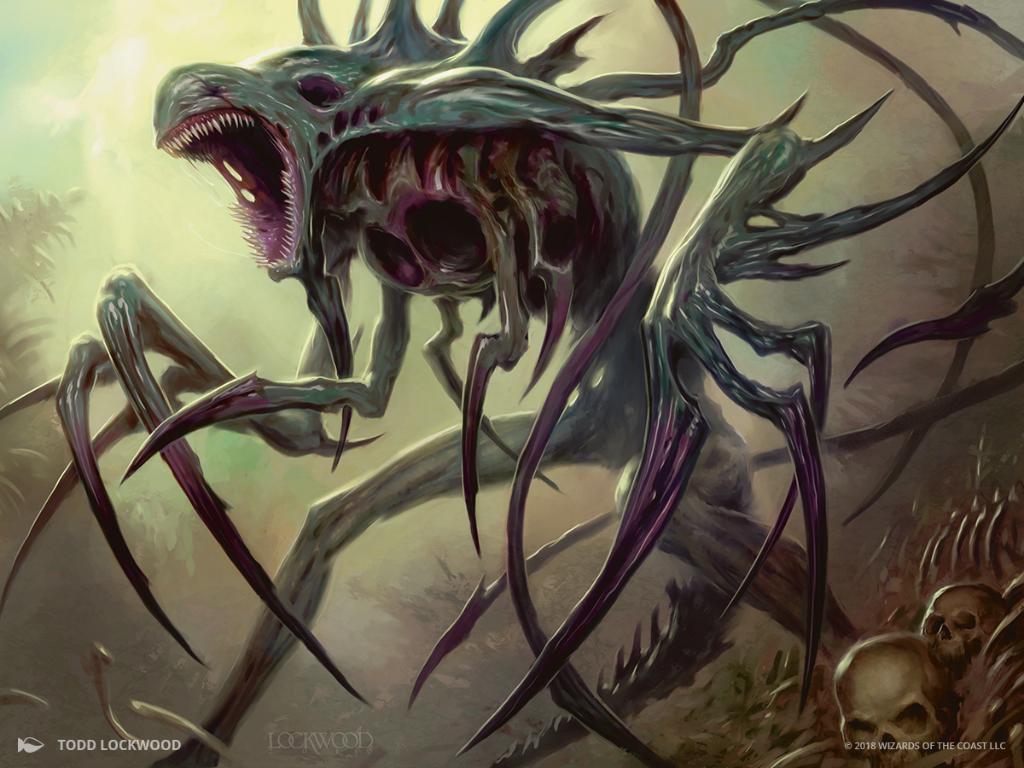 Mono Black Control variants are found across pretty much every format. Darin Keener runs this list out in Historics on Arena.

Trading Posts
—
What Cardsphere Is, and Isn't
Share this