I'm back with updates on my progress in the VML tournament, and I'll be honest... the updates aren't great. But I'm pushing on and will finish this tournament out even if it kills me! NEVER GIVE UP! NEVER BACK DOWN! EVEN IF YOU'RE IN LAST PLACE!

So week 3 was actually two weeks ago, before the latest standard ban (bye Uro!). I was matched up against Ally Warfield, who you've probably heard of and is actually a really good competitive Magic player. So on top of my regular nervousness, I was EXTRA nervous playing against Ally. All I could do was my best, so I went for it!

I had registered a Gruul Landfall deck, and my opponent was playing a 4 color Omnath deck. This was a decent match up for me, since my deck was pretty aggro-ish!

Opponent was going first, but I started this game out with a nice opening hand. I had two Lotus Cobra's so I was happy with that!

But I won't dwell on this game too long, because this is how turn 4 started:

And after two Genesis Ultimatums this was the end of turn 4:

MY GREATEST FEARS WERE COMING TRUE! I was being completely pummeled! And to make it worse, I didn't submit a sideboard. I had accepted my fate and went on to game 2.

I started out with a one land opening hand, so I had to mulligan to six. The mulligan did not feel great after the beating I'd just taken, but I did have Lotus Cobra and my secret weapon, Valakut Exploration! This was the card I believed could win me games!

My first draw was a Fabled Passage, so getting more land was good and I got my Lotus Cobra cast! Opponent cast their own Lotus Cobra and when it came to my turn, I was able to destroy it with Roil Eruption! Haha!! Things were going very nicely! I had to made sure to play my lands carefully and use landfall wisely. I got Brushfire Elemental out in the same turn I had destroyed my opponents Lotus Cobra, so was able to get in a little damage. On opponents turn, they cast another Lotus Cobra! Curses! But that was okay, I felt like I was still ahead for now.

So I got another Valakut Exploration and Skyclave Geogode exiled and playable until end of turn from the enchantment and decided to just go for it and cast a second Valakut Exploration. I wanted lots of card options and this is a really way to get them!

I attacked with my 5/5 Brushfire Elemental (of course was not blocked by the Lotus Cobra) and the exiled card did 1 damage to my opponent at the end of my turn, so opponent was down to 11 life.

On my opponent's turn, they were able to cast Omnath, Locus of Creation, but didn't have a land to play, so that was end of turn for them! Back to me where I had Kazuul's Fury in hand and drew a mountain. How very lovely! I played my land and got Roiling Regrowth and Scute Swarm as my exiled cards. I hestitated for a moment and decided to play the Roiling Regrowth to just keep the landfall coming. This was gonna be fun!!!!

I got two more lands and OMG, the triggers! Another OMG was the cards I was getting exiled with Valakut Exploration! Two Migratory Greathorns who let you put a land on the battlefield when they mutate? YES PLEASE!

I mutated one onto my Brushfire Elemental and put another Forest into play triggering everything again! A third Valakut Exploration and an Akoum Hellhound were added to my exiled cards pile.

I was getting so greedy and seeing red.

So of course I cast the third Valakut Exploration. My Brushfire Elemental/Migratory Greathorn was now and 11/12 and I was officially out of mana, so I went to combat and attacked with my big boy. My opponent blocked it with Omnath, but that was okay, but at the end of my turn, the 5 cards I had in exile from my Valakut Explorations were going to go to my graveyard and do 5 damage to my opponent! They were down to 6 life.

Opponent played a land on their turn, then cast a Storm's Wrath to kill everything that was out then pass turn. I was okay because I still had that Kazuul's Fury in hand that I could play as a land if I needed to. On my turn, I drew a Brushfire Elemental, so I cast it first then played my land. Trigger were on the stack when out of nowhere came a Spikefield Hazard to kill my Brushfire Elemental! OH NO! I got three cards in exile that I could play, and decided to cast a Lotus Cobra and let the other two cards do two more damage.

It went to opponents turn; they played a land and cast Escape to the Wilds. Another Spikefield Hazard killed my Lotus Cobra, but that was it! Back to my turn, where I drew an Ancient Greenwarden and was able to play a Fabled Passage from my graveyard! This was just so beautiful, the deck was playing exactly how it was meant to be played! Truly a masterpiece!

NOT ONLY THAT BUT ANCIENT GREENWARDEN DOES THIS THING:

You see the part about the triggered ability triggering an additional time??? Hello Valakut Exploration! DO YOUR THING!

I got six cards in exile and my opponent quickly conceded! I WON GAME 2!

My opening hand was trash once again with no lands, and I had to mulligan six with a hand I still didn't love.

The first few turns started out very similar with Lotus Cobras out on both sides. Unfortunately, I didn't have to way to destroy my opponent's, but I did quickly draw a second one, so decided to attack with one and see if they would block or let a little damage through. They did block with their own Lotus Cobra! Okay, well I got rid of it! Mission accomplished.

It went to my opponents turn, and they cast Elder Gargaroth. Uh oh. I did not have a way to deal with right now (or at all? What was in my deck again??) But I need to calm down, because I had a Lotus Cobra out, another one in hand, and my prize winning card Valakut Exploration in hand. On my turn, I cast a Lotus Cobra, played a land wasn't sure if I should cast some blockers for the Elder Gargaroth or not. I decided to cast my Valakut Exploration because it hadn't done me wrong yet!

My opponent cast a Fabled Passage (without any landfall abilities out, what?!) and was then able to cast Kenrith, the Returned King. Okay. This was kinda really, really bad. Both creatures got trample and haste immediately and I was beginning to sweat. I did not block with my two Lotus Cobras and took 11 damage. Yikes!

Back to my turn, I drew a land and also had Roiling Regrowth in hand, so I could get some triggers going. I wasn't sure what was the best play, but I decided to cast two Skyclave Geopedes to try and get some blockers, and potentially kill one of my opponents creatures. Between Kenrith and Elder Gargaroth, things were not looking good for me.

On my opponents turn, they ended up just going to combat and attacking with all. I double blocked the Elder Gargaroth, but with my opponent having all their mana up, I assumed they would use one of Kenrith's abilities and finish me off.

They gave all creatures haste and trample and gave Kenrith a 1/1 counter, so I was officially dead.

I lost another round, but didn't go down without a fight! I was very happy that my deck was able to perform pretty much perfectly for game 2 and get me a win there.

If you'd like to watch the replay of the match, you can find the video on my YouTube channel here:

Fast forward a week, and we will go onto my week 4 match!

For week 4, I decided to just go completely off the rails and play a Temur Fling deck! If it plays just right, it can win on turn 5 and since many people were playing 4 color Omnath, which isn't particularly fast, I wanted to give it a try!

I decided to sideboard for Dimir Rogues because that can be a bit aggro-y and this deck can lose fast to an aggro deck.

Remember the last sentence that you just read? Well, let me tell what my opponent was playing: Mono Red Aggro.

This week's review is going to be as short as my match was, because this was actually worst possible match up I could have gotten. cries

The video of this devastation is also available, for anyone interested in witnessing my murder.

It was a terrible match up, but that was kinda the risk I took deciding to go jank!

Only 2 more weeks are left are in the tournament (thank goodness, am I right?). Week 5 is a double match week, so I'll be back here next time to give you an update for two more games! I have been seeing some fun looking Mono Black Discard deck lists floating around and that is totally my style! Stay tuned! 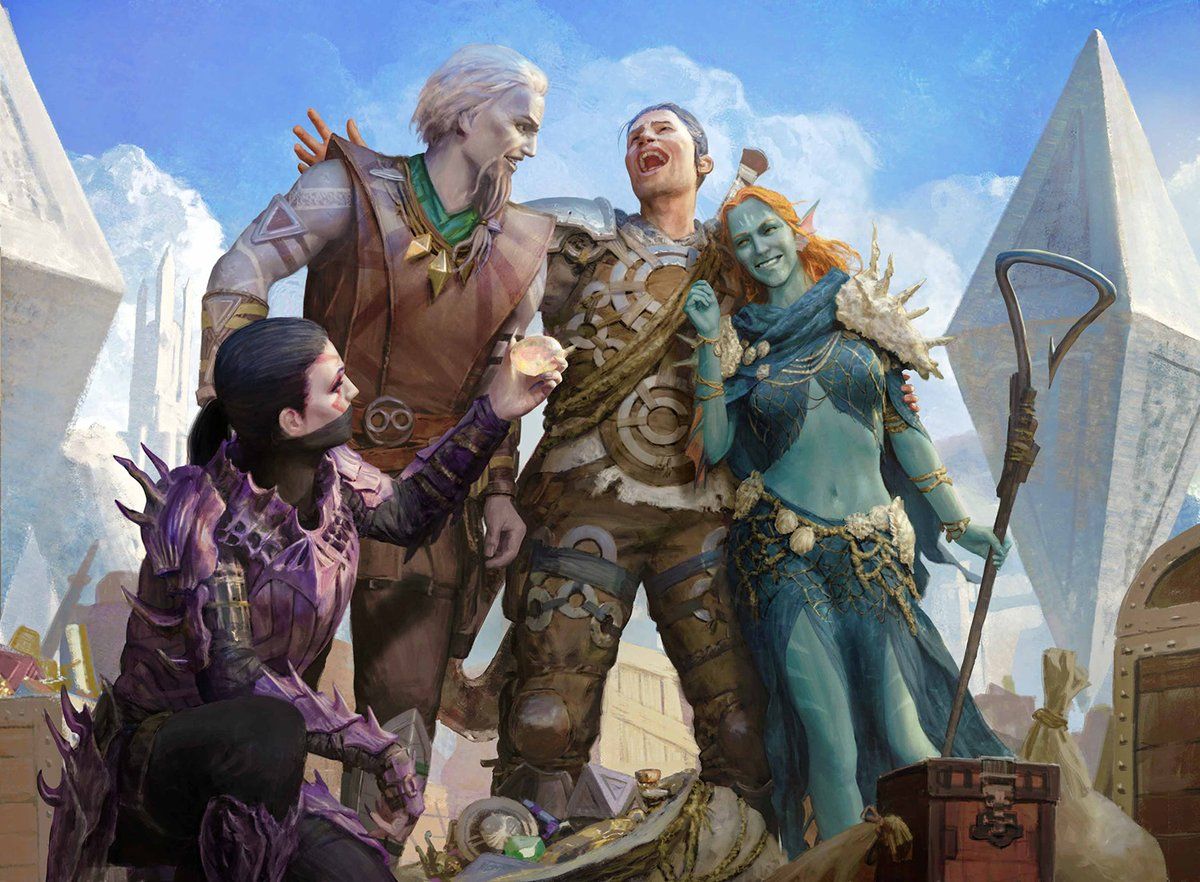 All of the glory without costing a fortune! Andy is back with his top budget EDH picks from Zendikar Rising. 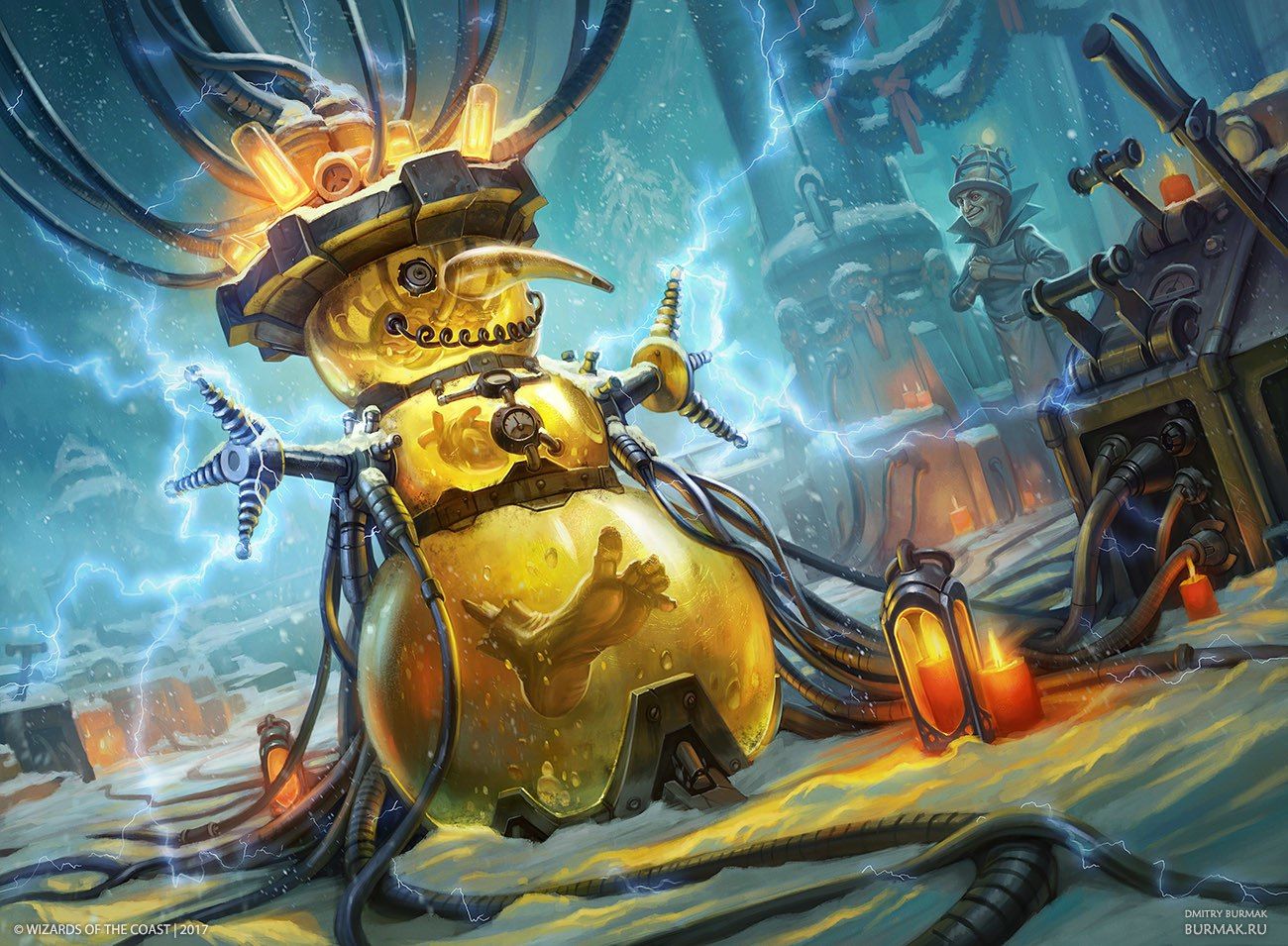 Once again Cardsphere Discord mod Josh Moore is running our Secret Santa. Help us make this year the best ever - people need the boost!