Blue is, in my opinion, the most powerful color in Magic. Especially in EDH/Commander. I  wrote "Underrated $1 White Rares" previously and had some great cards to show. White is my favorite color in Magic but has some flaws and you'll see blue has some as well. Well, with no further ado, let's talk about underrated $1 or less blue rares!

Thieving Skydiver ($0.91) is so close to our $1 cut-off, but hear me out. It is a 2/1 flyer for 1 and a blue mana. Not amazing. But it has a Kicker for X. Sadly, X cannot be 0, but when Skydiver enters the battlefield, if it was kicked, we can gain control of target artifact with converted mana cost X or less. If it's an equipment, we can immediately attach it to Skydiver. Neat!

Verity Circle ($0.42) is a interesting blue enchantment. It says, "Whenever a creature an opponent controls becomes tapped, if it isn’t being declared as an attacker, you may draw a card." This means whenever Llanowar Elves taps for mana, Anje Falkenrath activates in her Madness tribal deck, Blossom Dryad untaps target land, the list could go on.

This could be a great budget option for those who do not want to purchase a Rhystic Study or Mystic Remora which are both "pricey" if you consider cards over $10 pricey. Usually, that is yes in budget decks. My usual budget deck does come out to be $50-$70 on average but there is the occasional $100 deck.

Why should you consider Verity Circle? Well, now opponents no longer have the option to pay mana to not let you draw a card. Whenever they tap a creature they control and it's not attacking, you just draw a card. This can be a lot of cards and no longer caring about spells. I think opponents may underestimate this one.

Windreader Sphinx ($0.25) is a 7 mana 3/7 sphinx with Flying. This is a great blocker but I wanted to focus on "Whenever a creature with flying attacks, you may draw a card." This not only includes Windreader Sphinx and our creatures, but our opponents as well!

For those who do not know, I love to draw cards so Windreader Sphinx can help meet that need. Not only is this a budget option for card draw, but this is also a sweet option whenever we need a relevant blocker, flyer, and want to have our opponents think twice when attack with their flyers (now that is powerful).

Speaking of Flying, Winged Boots ($0.35) is an underrated card that recently got printed. It's an equipment that costs 2 and 1 to equip. A 3 mana investment to give a creature Flying and Ward 4. Ward is a newer Keyword that makes players now pay the listed amount of mana (or take another action such as discardning) whenever a spell or ability would target the creature.

This makes Swords to Plowshares now a horrible removal spell. Orginally paying 1 white mana to remove a creature is very, very good. When we make it 4 and a white mana that will really discourage players to interact with our creature and ultimately this is a very powerful and underrated ability itself.

Wake Thrasher ($0.65) is meant for Merfolk Tribal usually but that does not mean it isn't good for other decks. I'm genuinely surprised this does not see more play. Yes, it is a 1/1 that costs 2 and a blue mana, but it says, "Whenever a permanent you control becomes untapped, Wake Thrasher gets +1/+1 until end of turn." This is a powerful ability especially when there is 3 lands to untap at the beginning of our turn - this will make Wake Thrasher a 4/4 just by using our lands to cast it last turn!

Imagine if we had a larger board state. More lands, mana rocks, creatures we attacked with last turn. Wake Thrasher becomes a huge threat by us just playing the game and this can be an easy way to take down our opponents.

If you have a creature token deck, try Curiosity Crafter ($0.62)! You get a 3/3 Flying Bird Wizard that gives you no max hand size and, my favorite part, lets us draw cards whenever we deal combat damage with our creature tokens. This is another great version of Reconnaisance Mission that now offers us no max handsize.

You could be interested in Curiosity Crafter for the no max hand size and I understand why. This is also another great budget version of Spellbook or Thought Vessel. Curiosity Crafter is a creature unlike the artifacts I just mentioned. So this can be more likely to be destroyed with Wrath of God or any creature-focused board wipes. The same can be said for Spellbook and Thought Vessel with Shatterstorm. I think it depends on your playgroup, so I'll leave this choice up to you.

Angler Turtle ($0.67) is a card only available in the M19 Gift Pack but an awesome card that can give creatures a Goad effect. It's a 5/7 turtle that has Hexproof and "Creatures your opponents control attack each combat if able." Wow! This is similar to Goad, but our opponents can attack us now. And that's ok! We have a 5/7 that can probably kill most of what they will have and maybe we're wanting our opponent's attacking us when our commander is Isperia, Supreme Judge. Isperia loves when creatures attack us and we draw cards when they do. Why not make our opponents help us draw cards? Seems like a great plan.

Being able to make our opponents attack with their creatures can potentially make them not play certain creatures from their hand. For example, Blood Artist is a great card for dealing damage when creatures die. Well, our opponents want this effect to happen multiple times, so it's likely they will not play it if they will lose it soon after. Angler Turtle can do this and has Hexproof. So it will take a board wipe to take this one out. Ouch.

Call to the Kindred

Call to the Kindred ($0.47) is perfect for tribal decks. We enchant a creature (most likely ours) and at our upkeep reveal the top 5 and we may put a creature that shares a type with the enchanted creature and put it onto the battlefield. The rest of the cards are put on the bottom of your library. And we still get to draw our card for turn!

Not paying mana for spells is a very powerful thing to do in Magic. We're also not casting it. So opponents cannot counter the creature. They could remove the enchantment or counter the triggered ability, but this is just so cool. I like idea of grabbing a creature (let's say a Agent of Treachery) and putting on the battlefield and it happens to cost 7 mana. Our opponents will definitely be targeting us and our enchantment ASAP.

There are great Blue rares that are less than $1 and that are underrated. Black is up next and I know there will be some great cards to geek-out about! 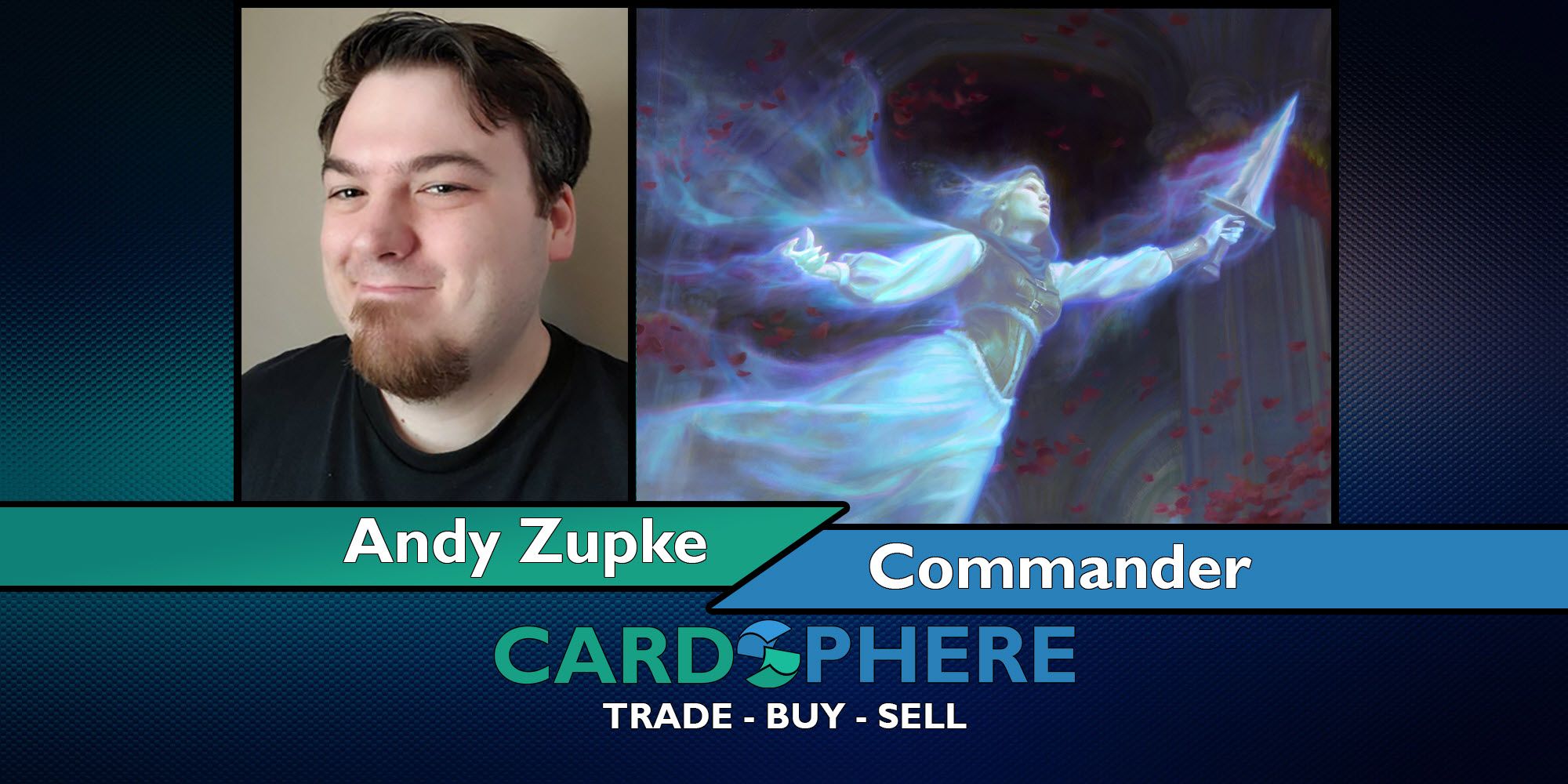 Back with another decklist that's we're dying to try out, this time Andy Zupke is back with a Dorothea, Vengeful Victim list! 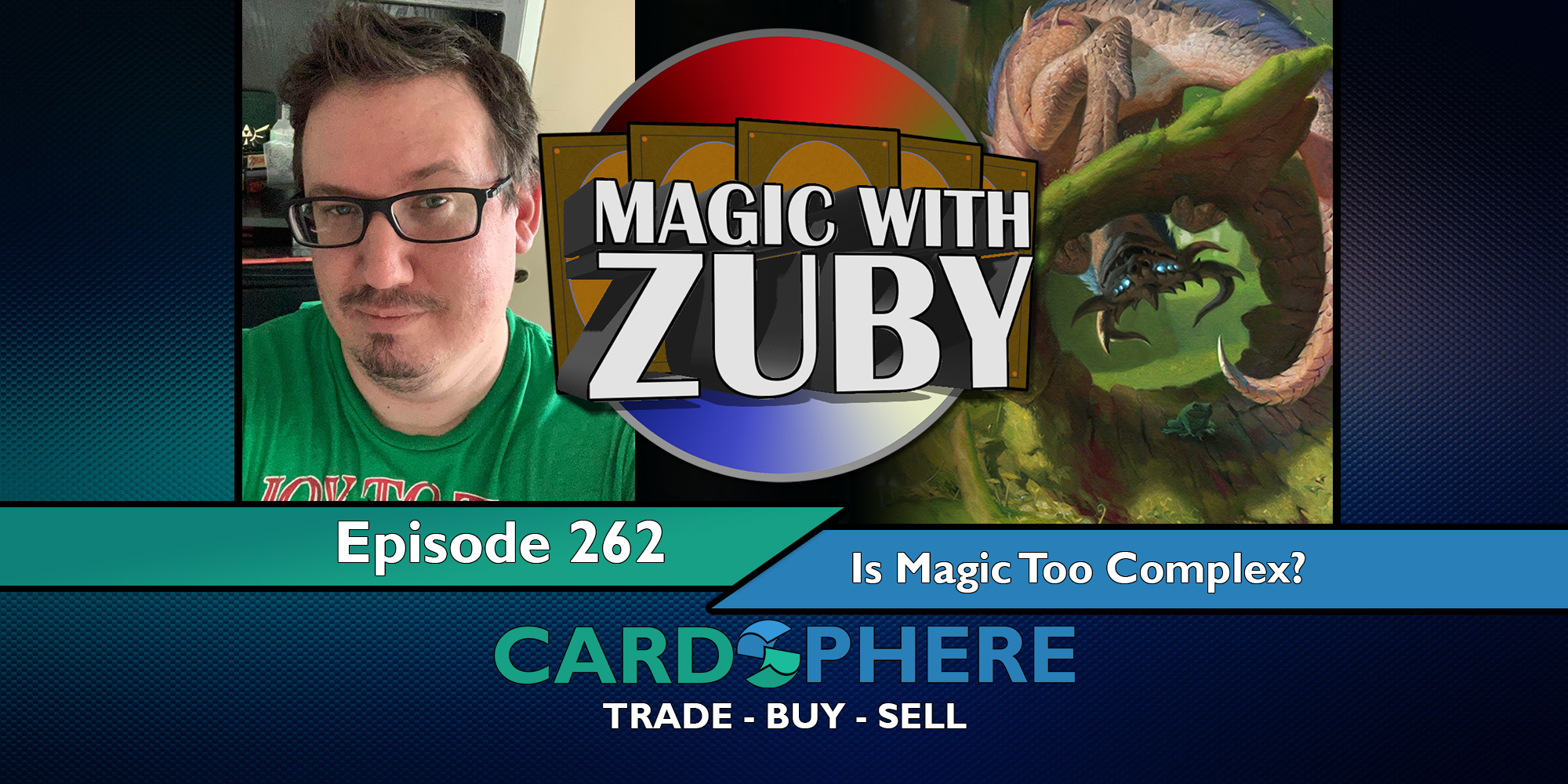 This week Zuby discusses the more recent mechanics in Magic the Gathering and whether or not the mechanics developed in the age of Arena have made the game too complex.complex.