One of my joys in Magic the past year years has been the design and execution of a cube made up only of Uncommon cards. Every set, I pore over the silver symbols, looking for the ones that will enhance the current archetypes and others that might unlock new ones. I’m sad to say that while I evaluated Expressive Iteration for the Cube, I did not anticipate this level of popularity:

That’s right, a card you could have bought five months ago for a quarter is now buylisting for $3.25 at Card Kingdom and can be sent out on this site for $3+, which is a phenomenal return for an uncommon. In fact, going by price alone, Iteration is in the top 10 cards for the set. This is for the regular, nonfoil too: I haven’t even addressed how it’s an uncommon with a promo version!

A big part of this is COVID and the slow return to in-person play. We’re not opening packs at the same rate we used to, although there appear to be a whole lot of people who want to open Collector Boosters. We can not only look at Expressive Iteration as an example of what might be, but also a common from the same set, Dragon’s Approach:

This never really got cheap. Most people with resources knew that every previous card with ‘you may have as many copies as you want in a deck’ had gotten expensive, so Approach never settled down. From here, it’s only going to go up. For something like this, one person buys 30 copies, maybe 50 depending on the deck, and that can drain inventory extremely quickly.

Innistrad: Midnight Hunt has three contenders here, and maybe you’ve already figured out what they are. Each has a range of applications, and wide appeal. Faithful Mending, Infernal Grasp, and Consider are each surprisingly good at what they do.

As the only common of financial interest from this set, Consider ($1 regular, $3 foil) is going to get a lot of attention. It’s foil in some Draft Boosters, and roughly every 26 Collector Boosters you’ll get a foil of this.

When you’re thinking about buying copies of a card like this, the similar cards have to be looked at. Opt has too many printings to have any sort of scarcity, and Thought Scour was also over $1 before being reprinted several times. I think Consider will also get reprinted, but not too soon. There’s money to be made here, looking at the current range of decks playing it. Specifically, the assorted Tempo and Phoenix decks in Modern and Pioneer. We’re starting to get big events in person, and if those decks take off, Consider will be a $5 card. Stores aren’t all reopened yet, so there’s not the flood you might expect.

Faithful Mending ($2, $4.50) is appearing in a wider variety of decks, from Reanimator to Tempo and some Indomitable Creativity lists. It’s an uncommon, so it’s less likely to show up in Collector Boosters (roughly every 41.5 CBs) and it’s immediately being tried in just about every deck that ran Faithless Looting.

I’m pretty sure that this is where I would want to have the largest stack of cards. Flashback isn’t always easy to reprint, and this is a gold card too. I’m hesitant about buying in when the price is still this high, though. If I am picking this up at $2, I need it to be a $5 card in order for me to buylist it at a profit. (I don’t want to sell off these cards a couple at a time--fees and shipping will eat a lot of my margin.) Plus, Mending is a card that improves with every discard/graveyard set that gets released.

I’m hoping that this has a chance to get cheap before I purchase a lot of copies.

Infernal Grasp ($1, $2.50) is in a different spot. It’s going to have some Commander appeal, as the 2 life is much less relevant in that format, but this is probably the card that will have the most Standard demand out of the three cards we’ve listed here. Modern and Pioneer might be interested too, especially if we think of Dismember being 1B and 2 life for -5/-5. This has the potential to be very relevant for nonwhite decks.

It’s also got a problem in the promo department. The promo frame version of this is becoming available, and that’s going to soak up a lot of demand. The promo packs aren’t given out as much as before the pandemic, so that might not be much of a thing for too long.

Right now there are masses of regular copies around eighty cents on TCG, and I’d vastly prefer that price be lower. Promos are definitely a stay-away for now, as everyone is listing theirs for at least $5 (foils at $10!), and that price has to come down some for anything good to happen. I expect to see these all over Standard for the next two years, but the big unknown is paper play. SCG and CFB are both hosting big events before the end of the year, and those will be a real test for Magic players in general.

The price of entry is mask wearing, plus a vaccination card or a negative PCR test in the last 72 hours. That might be too much for some players, and that level of proof might also be too much for local stores who are desperate for anyone to come in the door.

Still, these three uncommons have one more mark in their favor: The season for Innistrad: Midnight Hunt is a little shorter than usual. Rather than have this be the big set until February, like Zendikar Rising got before Kaldheim showed up, Crimson Vow will be out in just a few weeks, officially released on November 19! That’s a very short turnaround, and that will result in smaller quantities of these cards being available.

Magic with Zuby is back with a brand new edition. We are hitting it up a bit old school today with a solo episode and we discussed the recent bannings in EDH and the Magic Arena Matcherino debacle. We also dive in to some Dungeons and Dragons as well as some Final Fantasy XIV! It's great to be back! 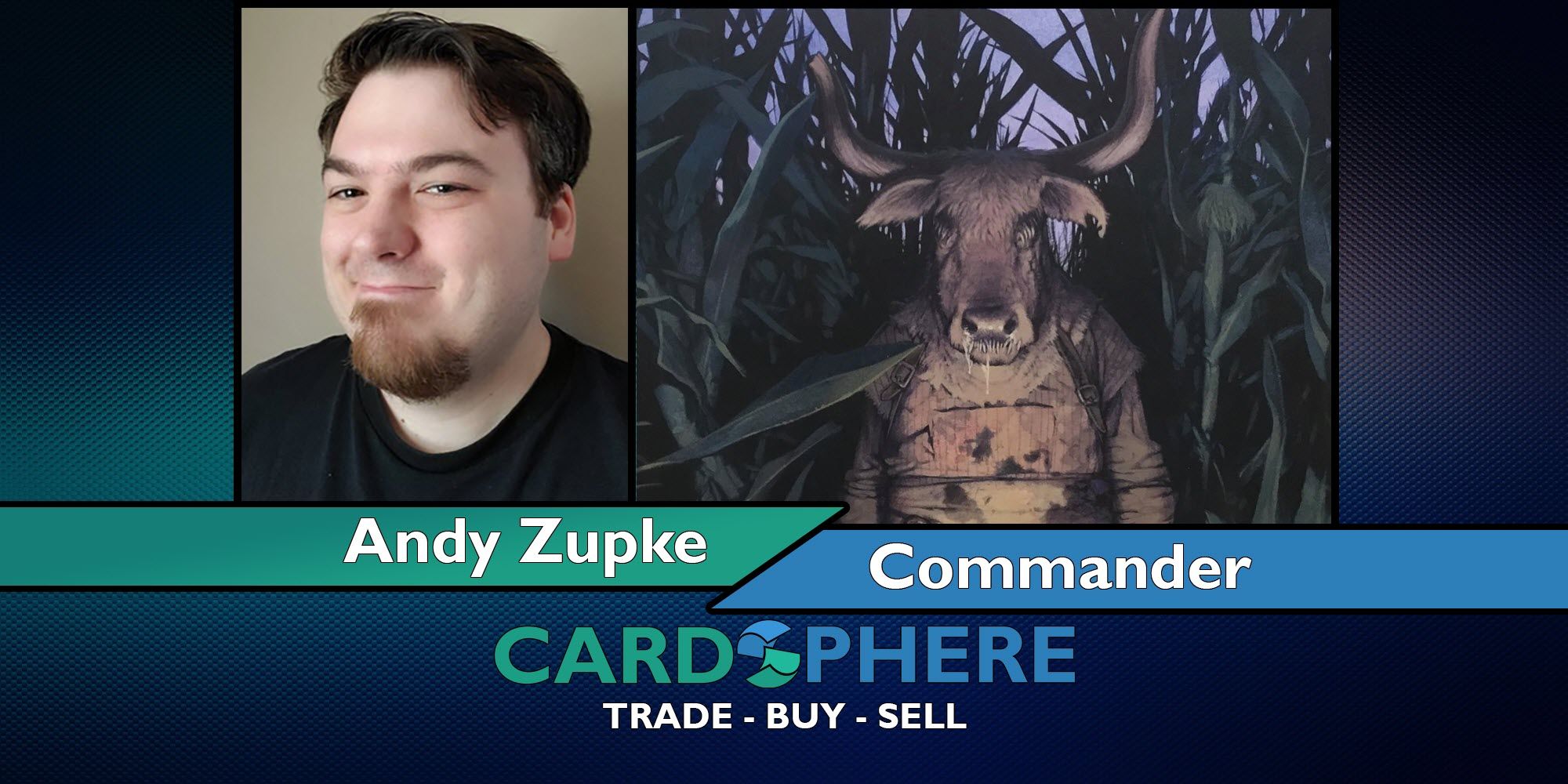 Andy Zupke walks among the rows of corn and the pumpkins in the patch to pick out the most exciting Commander cards in Innistrad: Midnight Hunt. Lots of tricks and treats in this one, folks!