On Friday, July 24th, Throne of Eldraine will be coming to Premier Drafts on MTG Arena and I could not be more excited! Personally, Eldraine is my favorite limited format of all time and with M21 feeling more or less “solved” as a draft environment, I’m very much looking forward to returning to this fairy tale world once again. Now, for those of you who only drafted this set against the bots back in the fall of 2019, there’s probably only one card on your mind:

But trust me, this set has so much more to offer than the Big Bad Blue Mill Menace and I hope that by the end of this article you’ll be ready to explore all that Eldraine has in store for you. Now that we’ll be drafting the set against humans, I guarantee you’ll have a great experience. Let’s get started!

In my mind, what makes Throne of Eldraine such an incredible format is just how many archetypes there are and how viable each one of them is to draft. Not only are there the ten color pairs, but there are five mono color decks as well! And within each color pair are often different flavors of the deck based on which of the two colors you are more heavily favoring. It is a true “drafting the hard way” format. If you find the open lane for your seat, you’ll end up with a good deck.

There are three new concepts introduced to us in Eldraine: Food, Adamant, and Adventures. Food tokens don’t offer much to explore. What you see is pretty much what you get, though it's important to note that these pockets of three life don't make the aggro decks worse. Adamant and Adventures, however, I think are worth discussing here. The presence of Adamant and tough mana requirements in general leads to some pretty strange limited mana bases. Ensuring you can get your Adamant bonuses on certain cards like Garenbrig Paladin or being able to put one of the quadruple hybrid uncommons like Arcanist’s Owl in your Blue/Red deck will lead to some 11-7 or 12-5 split mana bases.

Adventure is just a slam-dunk limited mechanic. This mechanic provides aggro decks with combat tricks attached to creatures, leaving the deck with upward of thirty spells sometimes. The abundance of modal cards presents multiple decision points on many turns of the game which leads to better and more complex game play. It also allows for sweet buildarounds like Edgewall Innkeeper and Lucky Clover. But more on those later!

Before we dive into the archetypes, I think it would be helpful to check in on each color, what it’s trying to do in the format, and what its best tools at common are

White is a very aggressive color in ELD. As such, I believe its two best commons are Ardenvale Tactician // Dizzying Swoop followed by Faerie Guidemother // Gift of the Fae. The flexibility, evasion, and raw power of these two cards put them at the top of the heap for me. Trapped in the Tower has my vote for third best common with Flutterfox close on its heels. Trapped is a fine removal spell, but is less important in aggressive decks than good threats. Of note: the adventure half of Faerie Guidemother can knock off Trapped in the Tower, so be on the lookout for that interaction!

One of the reasons Merfolk Secretkeeper // Venture Deeper was the scourge of this limited environment is that it is actually quite powerful even outside of the bots undervaluing it. Secretkeeper really ties the room together for blue. Once you’re appropriately valuing that card, so many of blue’s other good commons go up in value: So Tiny, Didn’t Say Please, and Run Away Together. Blue can have some aggressive, evasive strategies as well, but Milling is what it does best.

Bake into a Pie gets the nod here for not only the best black common but the best common in the set overall. Reave Soul is a gap behind the 4 cmc premium removal spell and past that, black gets incredibly contextual. Smitten Swordmaster // Curry Favor would be the card I’d choose if I had to pick a third best black common, but sometimes you’d rather have a Malevolent Noble or Wicked Guardian or even Forever Young. It’s just too dependent on what your deck is trying to do.

Another incredibly aggressive color in the format, Red offers a great removal in Scorching Dragonfire as number one (though it’s not as good here as it is in M21) and Rimrock Knight // Boulder Rush as the second best common. Again, it gets fairly contextual past that with a lot of great aggressive threats like the catch-em-all Seven Dwarves, Raging Redcap, Redcap Raiders, and Weaselback Redcap. I think the one that gets my vote is Searing Barrage, with the caveat that you can cast it for the adamant cost as that extra three damage is quite potent.

Green can do a lot in this format: it’s a got the tools for a great mono colored aggro deck with Wildwood Tracker, Rosethorn Halberd, and Maraleaf Rider; it’s got powerful midrange pieces as well as good role players for ramp and fixing. When all was said and done, I believe Outmuscle emerged as Green’s top common followed closely by Fierce Witchstalker. In third place on raw power level is Garenbrig Paladin, but your curve and archetype will dictate this choice more than a pick order will.

One of the best commons in the set is Golden Egg. It does so much at such a low cost. It’s a great early draft pick because it helps you stay open. It has synergy with Food decks, Artifact/Enchantment-matters decks, draw-two decks, and helps you splash. Beyond that, a lot of the artifacts at common and uncommon are quite good. Jousting Dummy slots into any aggro deck perfectly, especially since most of those decks have some Knight synergies. Scalding Cauldron gives every deck a removal spell, though you really don’t want to load up on multiple copies of this. And like Golden Egg, Gingerbrute has a lot more applications in the format than at first glance.

Within the 15 archetypes that exist is a wide range of styles from hyper aggressive to mill/control decks and everything in between. Here are a handful of decks to look out for. In the aggressive camp you’ve got Mono Red, White and Green. These can be mono colored in the true sense of the word or decks where you have 13 or more lands of a single color and are lightly splashing for a second color. Boros, Gruul, and Rakdos are probably the best aggro color pairs after that. Boros gives you access to the two best aggro colors in the set and a ton of combat trick Adventures attached to creatures. Gruul gives you access to all the non-human synergies with cards like Ferocity of the Wilds really overperforming. And Rakdos largely making this list off the power of Steelclaw Lance.

The more value based or defensive decks are concentrated in the Sultai colors. Simic is the best home for ramp and splashing nonsense. Green gives you fixing with Rosethorn Acolyte // Seasonal Ritual and Beanstalk Giant // Fertile Footsteps to back up colorless fixing in Golden Egg, Spinning Wheel, and even sometimes Heraldic Banner. Golgari is the deck where your Food producers and payoffs are most concentrated, though I wouldn’t expect a true “Food” deck to come together all that often. And Dimir is the best home for the blue mill package where black’s removal and blue’s synergistic Mill cards complement each other quite nicely. Bonus points for snagging the Mythic Uncommon of the set Syr Konrad, the Grim.

Archetypes that come together less often but are fun when they do include Azorius Artifacts and Enchantments and Izzet Draw-two. Both of these decks require rares and uncommons to really come together but the support is there for sure. Arcanist’s Owl and Improbable Alliance are powerful payoffs in the right configurations of decks.

The last but most important point to discuss about Throne of Eldraine is the number of incredibly fun and powerful build-arounds that there are to play with. I’ve already mentioned some archetype or synergy specific payoffs like Improbable Alliance, Edgewall Innkeeper, and Lucky Clover. But there are so many more. Try to recreate a Stax value deck with Doom Foretold or Dance of the Manse, build out a great sideboard with Fae of Wishes // Granted, draft a bunch of card draw and mana sinks to enable Fires of Invention, build the ultimate control deck around Midnight Clock, and so much more!

Going back and looking at the entire visual spoiler for this set and a number of my draft logs and trophy decks has me so incredibly pumped to return to Eldraine. What are you most looking forward to about this set coming back? Let me know on Twitter! And, as always, Happy Drafting! 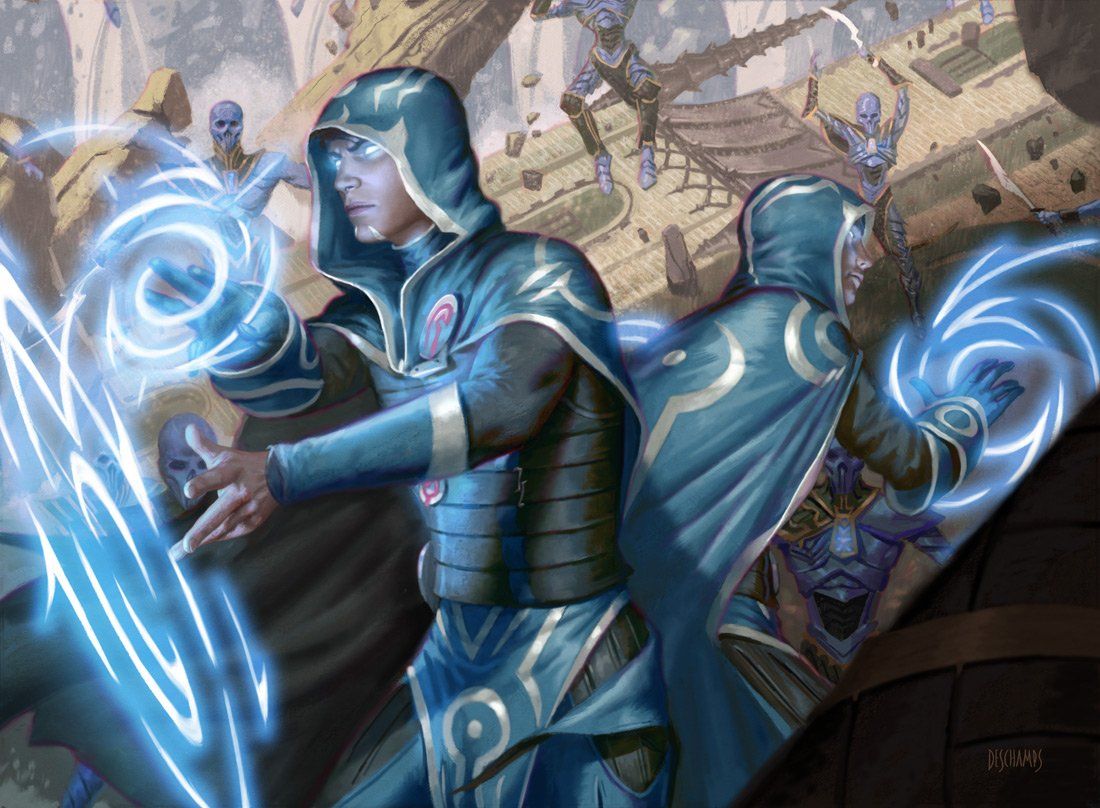 Cliff Daigle shares the picks he's looking at for rotation pickups in light of how Commander-driven pricing impacts us in the COVID era. 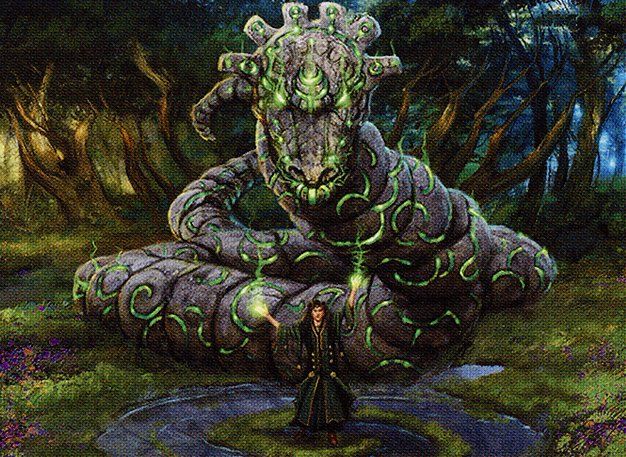 In a world where the best decks always get the attention, Darin Keener provides an in-depth look at the Stanbdard deck he plays for fun,.