Welcome to Tier Fun's Search for Spice. I am Andrew, your guide through Modern, and this will be a bi-weekly column where I scour the Modern Magic-verse for any and all signs of Spice (accompanied by videos of me playing the decks where applicable!). Without further ado, let's embark on our journey.

If you've ever liked Mardu Pyromancer but wanted it to end games faster, you might have accidentally wished this deck into existence.

On paper, this deck seems to be in a bit of a sweet spot with regards to how Modern looks right now. It's fast enough to go under a decks like Tron and KCI, while also seemingly having a puncher's chance against UW Control and Bridgevine strategies (though I'm not sure any deck can beat their nut draw game 1). It remains to be seen if BR Kiln Fiend has what it takes to match Mardu Pyromancer's longevity, but Kiln Fiend strategies have been a menace to Modern before (the Gitaxian Probe days shudder) so the power level, in theory, is proven.

UR based Tempo decks will always occupy a special place in my heart as they were my first taste of competitive Magic (scrubbed out of my first FNM with the infinite life Boros Reckoner, Azorius Charm, and Boros Charm combo and I've never looked back). So, you can imagine my delight when Jeff Hoogland of all people began popularizing this strategy with his UR Wizard-Fae decks. He spent time refining the archetype before showing up to SCG Indianapolis July, 28th with a deck he has come to refer to as UR Tempo. No longer running Spellstutter Sprite and cutting back to 2 Vendilion Clique made the Fae moniker a mild misnomer.

Finishing 6th after starting 13–0 was a small heartbreak to those of us on team UR but, more importantly, Jeff's finish showed that this strategy was viable in the cutthroat world of Modern. Now, that being said, this isn't an "I BROKE MODERN!" moment but rather a "Boy, this deck sure does produce good games of Magic" moment. The deck isn't heavily favored against any one archetype but, in trading off "free wins", you gain percentage points against the field in general. In my opinion, that's an extremely worthy attribute when you aren't 100% sure the meta you are about to battle with.

So how does this deck go about having play against the field? Snapcaster Mage, 8+ Bolts, evasive threats that aren't just beaters, and just enough interaction to get by is how. It sometimes feels like you're walking a tightrope but, typically, you have the tools to be in almost every game. After playing the deck on my channel, I came away very impressed with Mutavault and Wandering Fumarole in particular.

Usually decks similar to this tend to cheat on lands to maximize spell/threat density and minimize dead draws later. Instead, this list embraces creature lands and their resilience to sweepers while trimming some of the "air", like Serum Visions, typically found in aggressive UR decks. It took me a few games but I am 100% on board with both the lands and lack of Serum Visions. Sure, Delver doesn't flip quite as often as you'd expect in a typical Delver shell, but it turns out that enabling Wizard's Lightning and threatening to flip is good enough here. Plus, you haven't lived until you've stifled one of the many juicy triggers in Modern with Nimble Obstructionist. Think Oblivion Stone, Horizon Canopy, fetches, planeswalker activations...

If any of this sounds even remotely interesting, sleeve it up and take it for a spin. In my estimation, this deck's level of fun is impossible to overstate. You are doing yourself a legitimate disservice by not playing this if you value interactive Magic even in the slightest. There are a few games of me playing it linked below, and you can also find Jeff playing it on his channel. Play this deck!

Now this deck is my kind of spicy: a Kiki-Jiki, Mirror Breaker combo with Bring to Light as a tutor and Glittering Wish as a tutor for a host of silver bullets? Sign me up! 5 Color Glittering Wish is a toolbox player's fantasy come to life. You can search for anything your heart, or the game state, requires: removal, value, hate cards, and even an infinite combo.

With any deck like this, the trick is to survive the early turns by either accelerating your mana aggressively or gumming up combat before the toolbox is fully online. This deck does both with the Arbor Elf/Utopia Sprawl combo, a host of other mana dorks, and Wall of Omens as a premium way to stem aggression. Heck, with two Utopia Sprawls and Arbor Elf, you just punched your ticket straight to Magical Christmasland with a potential turn 3 Bring to Light fueled Kiki combo (assuming you already have one piece of the combo in hand).

Now, I don't expect that to happen often (if ever) but it is encouraging to know that you can theoretically fight the most degenerate decks in Modern at their own speed. The biggest issue I see with this deck is its ability to consistently survive against Burn, Infect, or even UR Tempo. Decks that can present an early and evasive clock, especially those with some form of disruption, appear to be the nightmare scenario for 5 Color Glittering Wish. Blood Moon decks have the potential to be annoying too but, with smart fetching and Birds of Paradise/Utopia Sprawl/Sylvan Caryatid, this deck transitions seamlessly to a Bant Midrange strategy with the potential to hard cast Kiki-Jiki.

I'm not sure how competitive 5 Color Glittering Wish is in a Bridgevine meta (Rest in Peace seems like a big oversight in the sideboard) and there are a few changes I would likely make before playing it (replacing Wrath of God with Supreme Verdict for Glittering Wish value for one), but I think this deck is well worth tuning or taking to an FNM for the sheer amount of fun it presents.

A deck popularized by MTGO Media Luminary SaffronOlive, Cremator Evolution is still lurking on the edges of Modern, waiting to dome unsuspecting opponents for 15. That's right, 15 to the dome is this deck's game thanks to the unique ability of Cragganwick Cremator.

The biggest deck building constraint here is that Cremator's ability is a random discard, so the plan of attack is to empty the hand with some of the best low cost threats that Green has to offer in Strangleroot Geist, Steel Leaf Champion, and Noble Hierarch. Going this route, rather than stuffing the deck full of looting effects to get empty handed ASAP, gives the deck a surprisingly powerful secondary plan of attack: the good old fashioned Combat Step. There's also some redundancy here in the form of Fauna Shaman, giving you the ability to pitch useless creatures for Cremators or their sacrificial fuel (Emrakul, the Aeons Torn, Worldspine Wurm, and Ghalta, Primal Hunger).

I haven't even mentioned the other namesake of the deck: Eldritch Evolution. If you haven't caught on, there are tons of subtle synergies between the seemingly distinct strategies of the deck. Strangleroot beats down, but it's also the perfect fuel for Eldritch Evolution to turn into a Cremator. Did you curve Strangleroot into Steel Leaf Champion and you've got an Evolution burning a hole in your pocket? Go grab that Surrak, the Hunt Caller, give it haste, and crash in for 13 on turn 4. Or turn to Huntmaster of the Fells if you need to accrue value instead. Eldritch Evolution is the glue that holds this monstrosity together and, if anything, I feel like this deck should run the full 4.

This deck fascinates me because of its relative uniqueness to the rest of the Modern field. Going forward, I would consider maxing out on Ghalta before turning to Emrakul or Worldspine. You lose some minor protection against mill, but Ghalta is surprisingly castable against most decks. Maybe testing out a few copies of Dramatic Entrance, at the cost of some of the stompy plan, is the way forward here? I'm not sure but I am very confident this strategy has room for refinement and growth; perhaps you are the one take it to the next level? Here is some gameplay if you're interested in how this particular build plays out:

That's it for me today, thank you for checking out the first step of my Search for Spice. The journey continues for this bi-weekly column on August 23rd. In the meantime, send me any and all well-performing spicy decks you find and I might get to them next time.
Until then, the spice must flow! 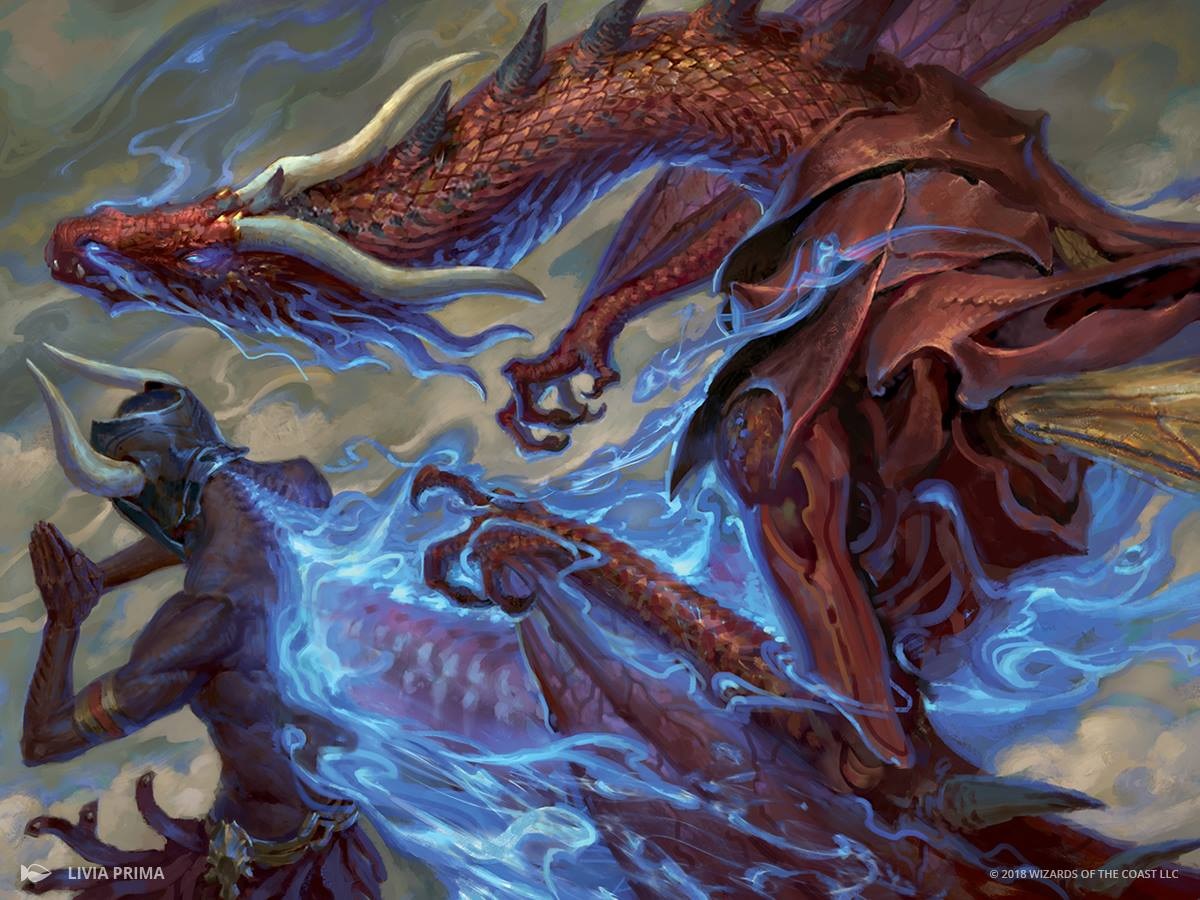 Join Ethan Saks as he puzzles out the best line of play while hellbent, by paying careful attention to the board state. 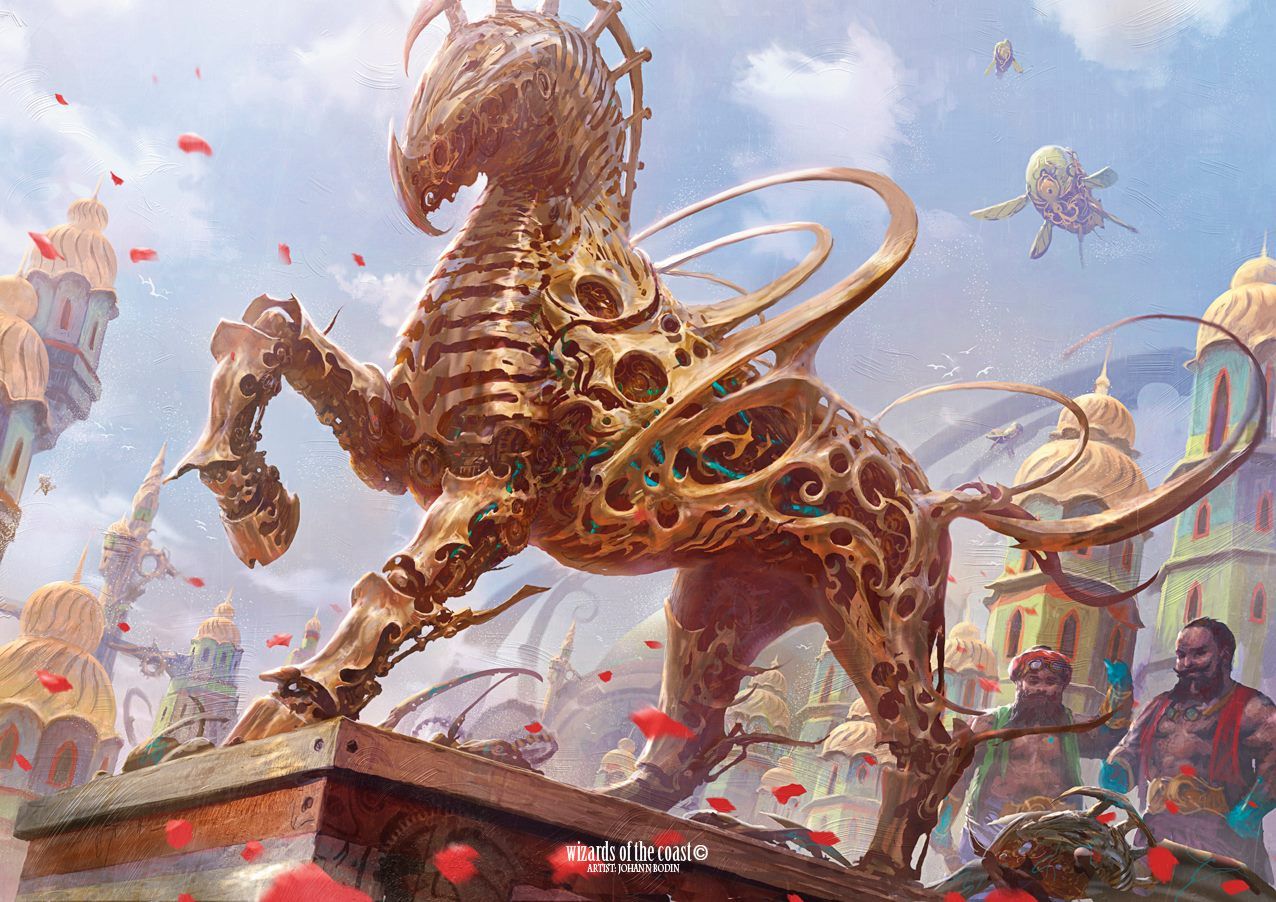