With Guilds of Ravnica hype winding down and the surprising Arclight Phoenix taking its place alongside Assassin's Trophy as the "Biggest Winners for Modern" (with Creeping Chill barely missing the cut), there's still one card I feel has been left largely unexplored: Niv-Mizzet, Parun!

Not that it hasn't been neglected for good reason: the card is the most cost-restrictive 6-drop in Modern at UUURRR and it doesn't immediately win the game. In a format as fast as Modern that's more than enough to turn off the vast majority of sane players. I am not a sane player.

When I saw Niv-Mizzet, I didn't see its downsides as stop signs; I saw them as hurdles that can be overcome for the right price. A quick glance at its text and I knew the price was right at least for me. Convinced it was worth the effort I set forth to answer the question of "Is Niv-Mizzet good enough for Modern and, if so, can you win games with a deck built around it?"

The answer is a resounding yes.

It turns out if you can build a deck with a critical mass of instants and sorceries that replace themselves, Niv-Mizzet is absolute gasoline. Untapping with Niv and a simple Opt in hand is enough to either turn around or end most games. If you aren't quite on board with that scenario yet, try reading Opt as a Forked Bolt that Draws 2 with scry 1. That cleans up a lot of board states, especially with the suite of All-Star Izzet spells we can draw into: Cryptic Command, Lightning Bolt, Electrolyze, and even old friend Snapcaster Mage. Not to mention you will very rarely if ever be empty handed in a deck this dense with cantrips (26 counting Snapcaster Mage and Ancestral Vision) so expect your Niv-Mizzet to always be ready to rumble.

Obviously The biggest enemy of any deck relying on honestly casting a 6-drop to win is surviving long enough to cast it. That's where the time honored Izzet control kicks in. Squint a little and you'll see a deck that's quite similar to the best delay-and-survive deck Modern has ever seen: Splinter Twin. In fact, I based my list off of Jelger Wiegersma's Pro Tour Fate Reforged runner-up Twin list (he lost to Antonio Del Moal Leon, also on Splinter Twin.) We are heavier on cantrips to do our best to ensure a lethal Niv-Mizzet if we untap, we need Anger of the Gods and an extra Electrolyze to control crowds due to a longer expected game one, but this definitely has the soul of Twin. Even if it plays more like post-board Twin a la Blue Moon (another close cousin to this deck but with a harder eye on control over going-off).

The other upside to all of these cantrips is that we are more likely to see our sideboard cards than typical decks are (especially if we are keeping in Ancestral Vision post-board). The sideboard still needs work, but I've identified Dredge/graveyard decks in general and go-wide strategies as the matchups I most wanted to shore-up post-board and it definitely succeeds there. Silumgar's Scorn is the catch-all answer I was testing here over my typical combination of Negate/Dispel/Disdainful Stroke and I'm not sure how much I love it. On one hand having access to Counterspell post-board is quite powerful in a lot of matchups (Tron, Ad-Nauseam, Primeval Titan strategies, Bedlam Reveler strategies, and Control). On the other hand I typically don't bring them in without the accompanying Stormbreath Dragons and that is a lot of sideboard space to devote to enable Counterspell. Outside of enabling dragon synergies, Stormbreath also helps against Path to Exile decks which make me more nervous than usual with so few concrete win-conditions. The sideboard needs refocusing but the specifics of that will reveal themselves with more testing.

Outside of testing out another Path resistant win-condition or two (I'm thinking Ral, Izzet Viceroy, Jace, the Mind Sculptor, or maybe another Keranos, God of Storms) and adding an answer to Tarmogoyf (Ral again or something like Vedalken Shackles even), I've been pretty happy with the deck as a whole. After going the extra mile to tailor a deck to Niv-Mizzet's specific needs, he has held up his end of the bargain by ending games in spectacular fashion. Heck, the deck has so much going for it in my eyes that I'm only just now realizing I haven't talked about its "nut draw": turn 1 Ancestral Vision into a turn 3 Sarkhan, Fireblood opens the door for turn 4 Niv-Mizzet with Ancestral Vision about to come off suspend turn 5 (aka Draw 4 Deal 4 Damage however you choose).

Uncounterable Niv-Mizzet can also hose some strategies just by being on the battlefield as I've already received a handful of concessions with Niv on the stack against both Storm and Arclight Phoenix decks. I can also guarantee Jund/GBx players will not appreciate seeing turn 1 Ancestral Vision in a Niv-Mizzet deck. Burn is our absolute worst matchup so adjust the deck/sideboard accordingly if that is popular in your meta (starting with Dispel.) Outside of Burn I don't think there's a matchup that can't be challenged with the right draws or minor tweaks.

This deck is FUN to pilot and you rarely feel out of any game until your life hits 0. Niv-Mizzet, Parun earns an easy Tier Fun Stamp of Approval from me and I highly recommend taking it for a spin if you're looking for interesting games of Magic. Until next time, happy travels and happier topdecks! 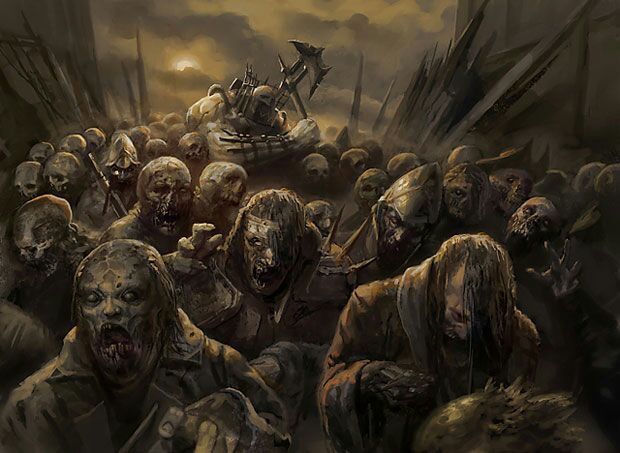 This time around, we're going to do a straight up data dump because we're operationally at the mid year point. 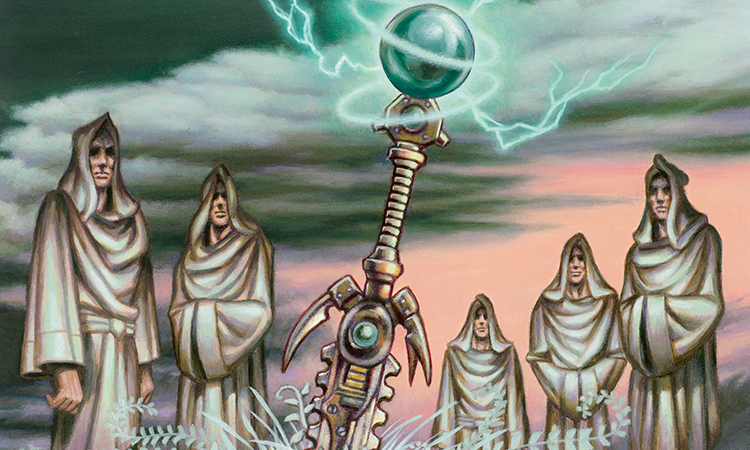 Ron Taylor gives us the rundown on another burgeoning format: Premodern.

Trading Posts
—
The Search for Spice: Niv-Mizzet, Parun
Share this