Hello friends! Welcome back to Cardsphere for some more delicious Commander content. Today I’m bringing you a deck tech for one of the new legends just revealed from Dominaria United. We’re serving up some direct damage with Tor Wauki, the Younger. But it’s not your normal deck! You might even say, “It’s a bit odd.”

Tor Wauki, the Younger increases non-combat damage we deal by 1 point, and also deals 2 damage to any target whenever we cast an instant or sorcery (he doesn’t increase his own damage, sadly). Also, Tor Wauki has Lifelink, so when he deals that damage you’ll also gain the 2 life.

So while considering this commander and how I would build him, I noticed some important details that would completely determine how I was going to brew. Tor Wauki’s color identity is red and black, his mana value is odd, and he deals direct damage. So, as you’ve probably already guessed, we’re in the exact frame we want to be to add Obosh as a companion! Obosh, the Preypiercer doubles all the damage dealt from our odd mana value sources. Which means that, in addition to everything else we’re going to do in the deck, Tor Wauki is going to deal 4 damage whenever we can an instant or sorcery instead of 2. That damage is gonna add up fast!

As with all companions, there’s a clause we have to adhere to with the deck, and in the case of Obosh we’re not allowed to run any nonland cards with an even mana value. So no signets, no Underworld Breach, no Dockside Extortionist. But as I always say, brewing with restrictions is a fun way to test our brewing muscles. So let's get to it.

Obviously the goal here is to deal a lot of damage. Tor Wauki can hit any target, so we have removal built into the command zone if we want to direct that damage at pesky creatures our opponents control. How about our own creatures too? That’s right friends, my old flame Brash Taunter is making an appearance in yet another deck tech, because I just love that pugnacious, unkillable goblin so much. But why would we waste the effort of hitting Brash when we can just deal that damage directly to our opponents? Because of damage enhancers of course!

With Obosh on the board, when we cast an instant or sorcery, Tor Wauki can deal 4 damage to Brash, and then Brash will turn around and deal 9 damage, increased by 1 by Tor Wauki, to an opponent. That’s almost a quarter of their life total. While our odd MV restriction keeps Fiery Emancipation out of our hands, we’re still able to run other damage enhancers like Dictate of the Twin Gods and Gratuitous Violence. With Obosh, Brash Taunter, and Dictate on the field, casting any instant or sorcery spell, with damage directed at Brash Taunter, will result in 36 damage to an opponent if my math is correct. Just from casting one instant or sorcery!

There’s plenty more damage to be dealt, and Brash Taunter isn’t even the only goblin in the deck. We’re also running Guttersnipe, which deals 2 damage to each opponent whenever we cast an instant or sorcery, as well as Vial Smasher the Fierce, who deals damage equal to the mana value of the first spell we cast each turn to a single opponent. But goblins aren’t the only ones here to have fun. Kaervek the Merciless dishes out the damage whenever our opponents cast spells. Kederekt Parasite and Ob Nixilis, the Hate-Twisted hit them when they draw (Peer into the Abyss for the win!). And with Tor Wauki’s Lifelink, we’ll benefit from throwing in Vito, Thorn of the Dusk Rose to add a bit more pain with each of Tor Wauki’s bites. Falthis, Shadowcat Familiar ensures that Tor Wauki can kill even the biggest of creatures by giving him Deathtouch, with Basilisk Collar included for the same purpose. Florian, Voldaren Scion filters through our deck for the best stuff, and Sedgemoor Witch is going to give us blockers in case we’re getting swarmed.

We’ve also got a couple of big finisher spells with Fireball and Fall of the Titans, which we'll beef up with Mana Geyser or Jeska’s Will.

The unfortunate thing about companions is that, unlike your commander, they’ll never go back to the companion zone. Once they’re in the game, they stay in the game. And that means if Obosh dies, it goes to the graveyard. Since Obosh is so crucial to the deck, we need to protect it. We can’t run Swiftfoot Boots or Lightning Greaves, so the next best thing is Whispersilk Cloak. We’ll also throw in ways to save Obosh from the grave, with Feign Death and Malakir Rebirth // Malakir Mire, and Deflecting Swat to shoo away any nasty spells that target our beautiful hellion. To get it out of the grave we’re adding Reanimate, Kolaghan’s Command, and Entreat the Dead.

And because we’re not able to run Underworld Breach or Mizzix’s Mastery, we don’t have a lot of the best ways to recast our instant and sorcery spells from the graveyard. So instead we’ll just double them up when we cast them. For that purpose we’re adding in Pyromancer’s Goggles, Dualcaster Mage, Double Vision, and Reiterate.

Here’s the full decklist, with a link to Archidekt to take it for a spin in playtest mode.

If you’re an odd duck who’s looking to deal a ton of doubled damage in a mildly spellslinger build with a fun restriction, then this deck is for you. Hit me up on Twitter at @AndyZupke and let me know what you think of this build, or what cards you’d run that I missed. You can also find my budget Commander group Scrap Trawlers over on YouTube and streaming on Twitch. 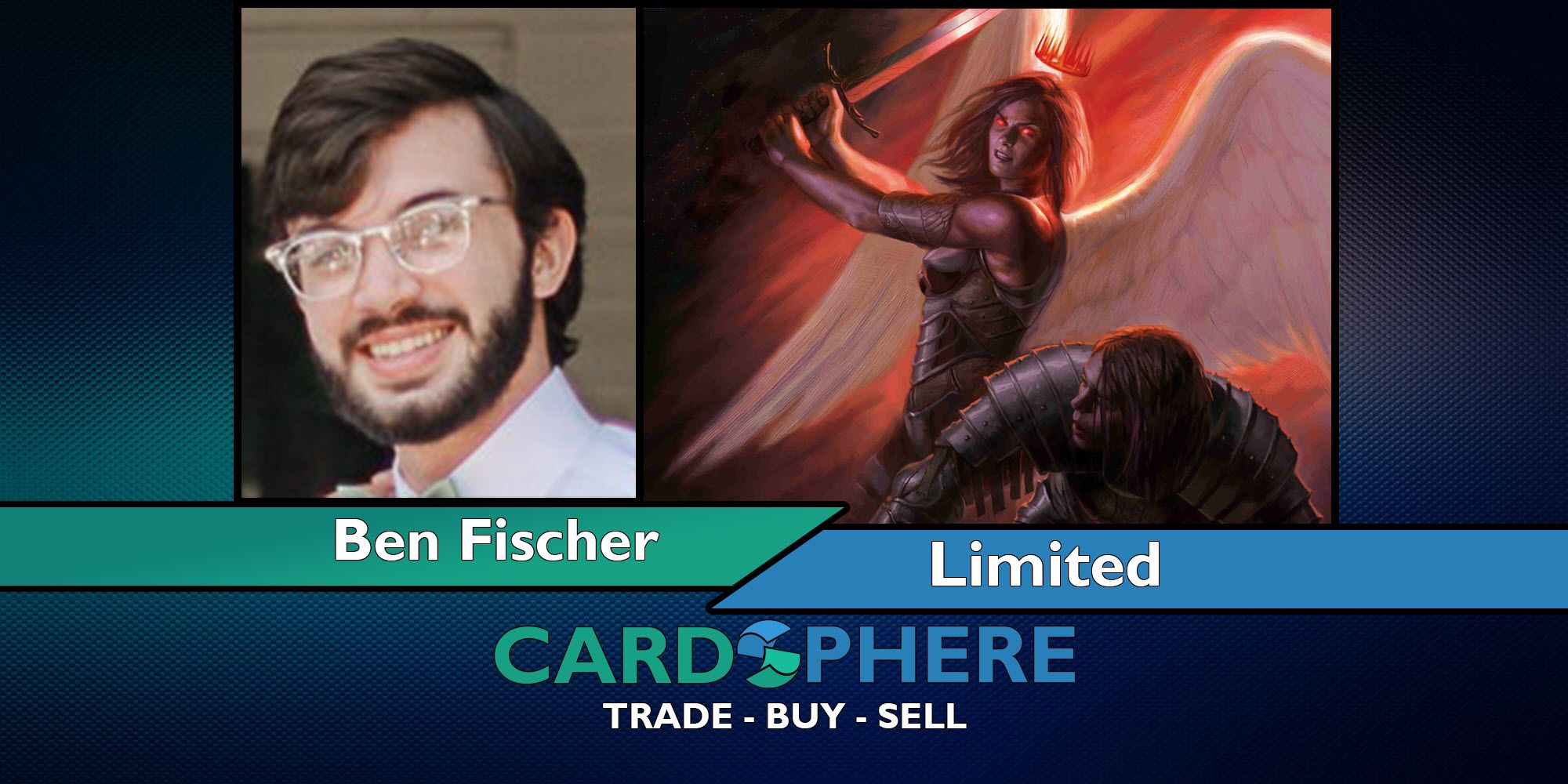 Ben Fischer from the Draft Chaff podcast joins us again with the third class covering Vector Theory. This one's a crucial read for drafters looking to level up! 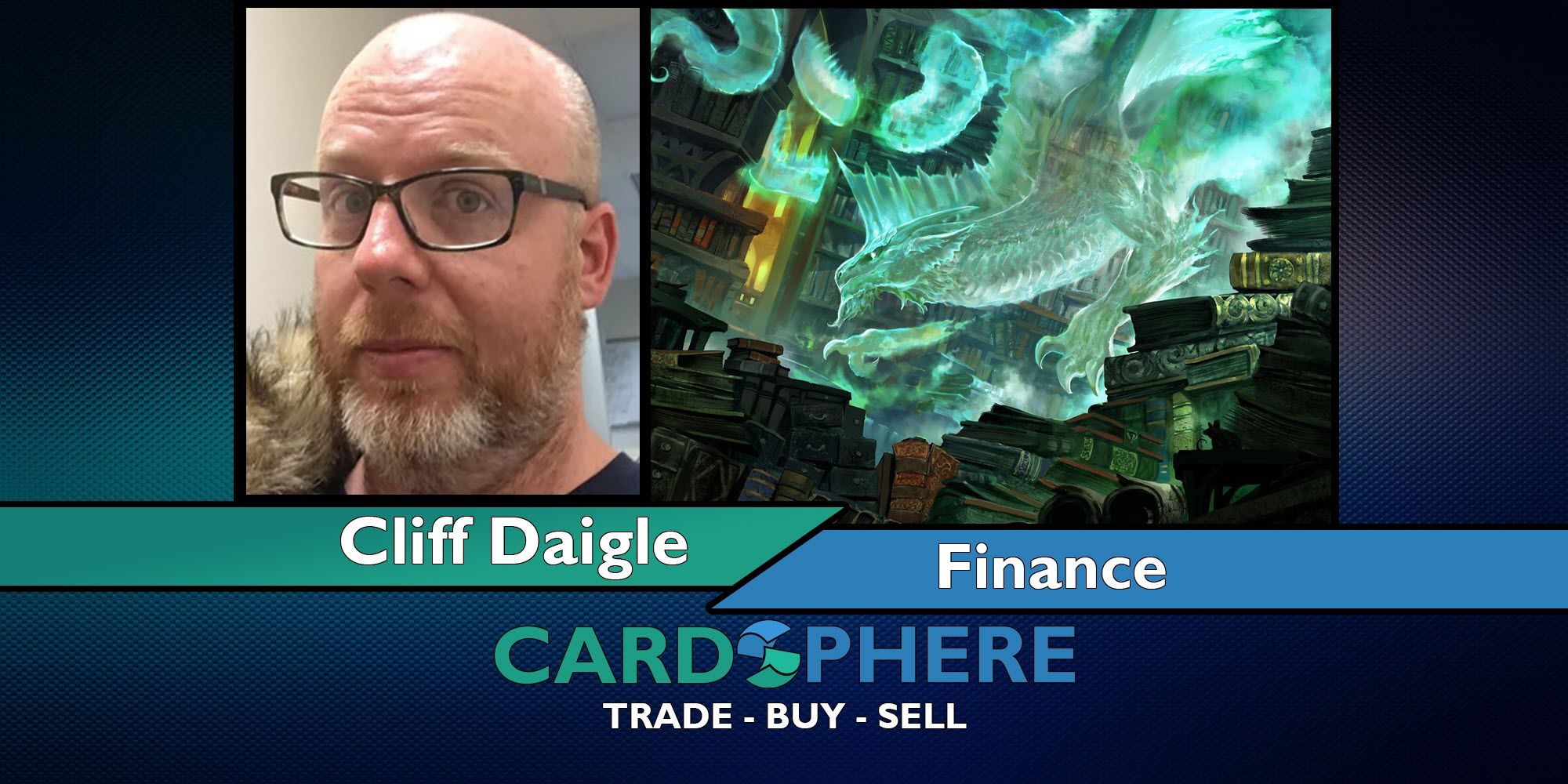 Does Standard rotation still matter in Magic Finance? Cliff Daigle revisits some old cards to find out, and looks ahead to identify some nice pickups for right now.