Until Streets of New Capenna, The List was a novelty. First of all, you’d only get a card from The List in 25% of Set Boosters, and at 300 cards long, you’d need to open 1200 Set Boosters to get one copy of whatever card was on there that you wanted.

One out of 1200 packs is astonishingly rare. That’s three times rarer than an Extended Art Foil Jeweled Lotus in Commander Legends Collector Boosters. You’re about three times more likely to open a Neon Green Hidetsugu, Devouring Chaos from a Kamigawa: Neon Dynasty Collector Booster than you were to get Ceremonial Guard from a NEO Set Booster.

So as you can imagine, as a result of this rarity, being put into The List did very little to reduce the prices of cards. It was more like a psychological exercise: knowing that copies were being put into circulation, would that have an effect on our buying patterns?

It’s tricky to find a card added to The List a while ago, sees a lot of play in whichever formats, and doesn’t have other things going on. Gauntlet of Power was also a Time Spiral: Remastered reprint. Demonic Tutor was a Mystical Archive card.

Here’s Korvold, Fae-Cursed King, one of the top commanders all-time on EDHREC:

Not a lot of movement since the reprint. Here’s one that lost about a third of its value, Balefire Dragon:

That’s a good indicator. Prices were rising, but kept in check by a trickle of reprints.

Now, however, The List has become a very different tool. Wizards has told us that The List is now down to 67 cards, meaning that you would have gotten a Demonic Tutor every 268 packs or so. That’s much more reasonable, and I’d expect the prices to drop accordingly.

However, they threw a big wrinkle in there. You’re now going to get one of the Stranger Things X Secret Lair functional reprints in The List, and the drop rate for those nine cards has been turbocharged. We’re expressly told that approximately 1 in 8 Set Boosters will have one of those cards.

So that means, since 25% of the time you’re getting a card from The List, if you open eight Set Booster packs (on average) then you’ll get six Art Cards, one Stranger Things card, and one card from the other 58 cards currently on The List.

So for you to pull a Demonic Tutor from The List, that means you’ve got a 1 in 8 chance to get a non-Stranger Things card, times the 1 in 58 chance of getting exactly the Demonic Tutor. As a result, you’ll get one every 464 packs. Again, that’s a really low drop rate, but Wizards is going to move in the direction of being wary.

In a lot of ways, this is analogous to how they treat Treasure Chests on Magic Online, but TCs can be adjusted much faster and the opening rate for those is a lot higher. For paper cards, it takes a whole lot longer for Wizards to adapt to market forces. For instance, if you were playing or collecting when Commander 2013 came out, that was the set that introduced True-Name Nemesis. People were buying just the deck that had TNN in it, Mind Seize, and leaving the others behind. Wizards couldn’t send out extras of just that deck right away, and it took a couple months for them to even do two Mind Seize in a box and three other of the C13 decks.

This shift in The List is going to do a lot to prices. We’ve already seen that being in The List for a 1/1200 chance was enough to keep prices flat or start lowering them over time, especially if they were in The List for several sets in a row. With this greatly increased output of List cards, even if the Stranger Things reprints are taking a lot of slots, we ought to see some prices dwindle down slowly.

Some cards I’ll be keeping an eye on:

The first four of these are Commander staples, though Sakashima’s Student has been in so few products, the ninja demand just can’t keep up forever. If they all take the sort of hit that Banefire Dragon did (or bigger!) they will be in perfect position for scooping up and holding for value. Nothing in Magic finance is easier to handle than buying popular cards after a reprint happens, as you can stock up cheap now, and let them go when they are back to being expensive.

These are some of the more expensive cards on The List, and if the amount in circulation jumps up, the price ought to fall. If enough Set Boosters are opened, it ought to fall a lot, but time will tell. We don’t know what the numbers are, and it’ll be enough to know there’s a lot going on. 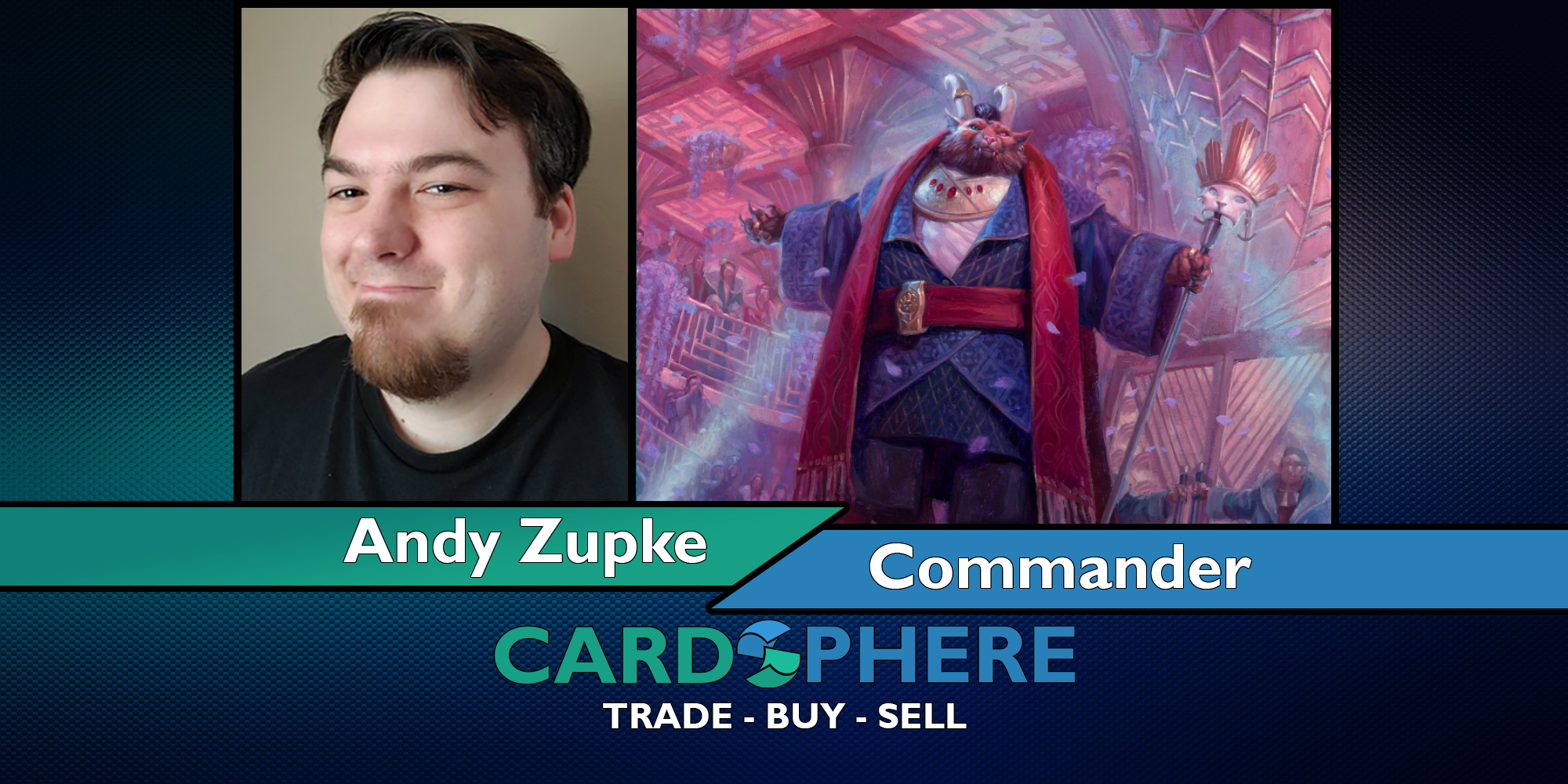 Andy Zupke shares a review of the Streets of New Capenna, from the best bosses to the greatest goons. Check out these predictions on which cards will soon be played at your Commander tables! 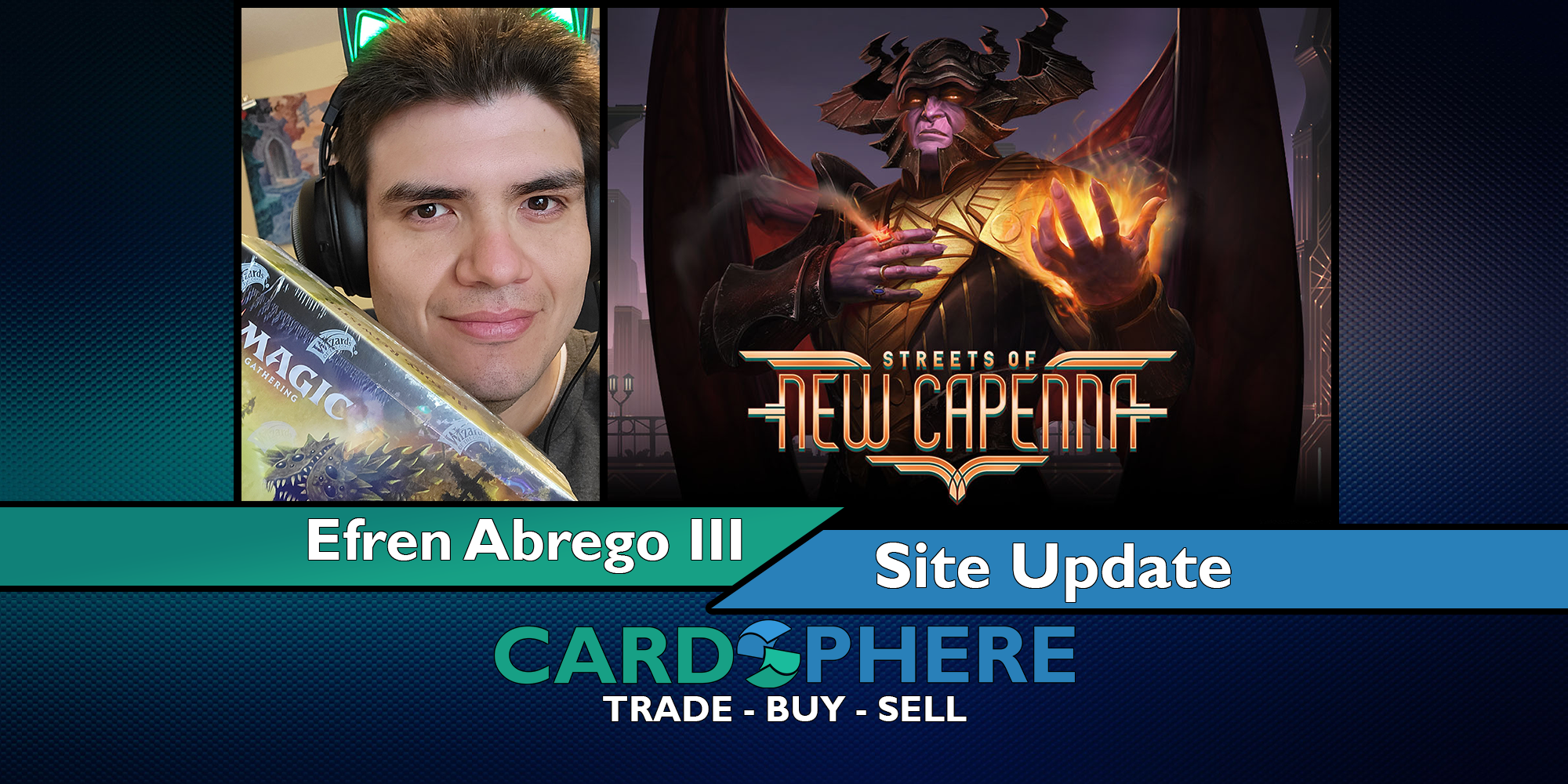 It's that most wonderful time of the quarter: Prerelease time! And that means lots of new cards to trade, decks to build, and sets to collect! Here's a rundown of where to find the cards you're looking for on Cardsphere.