A while back, I wrote an article on the "Top 8 Characteristics of a Great Limited Format." When looking back at the sets I enjoyed the most, the biggest surprise to me was that almost all of them used the graveyard as a resource. In Theros Beyond Death we have another exceptional way to utilize the graveyard in Escape. Today, I’m going to explore what makes this such a slam-dunk limited mechanic and how it affects the evaluation of a number of cards in the set.

One of the most frustrating things about Magic is how often non-games can happen. Being either choked on mana or flooded are two of the biggest feel-bads, which means that mechanics that help mitigate either of those scenarios are going to lead to better game play. Cycling allows you to turn your expensive or situational spells into potential land drops, Adventure gives aggressive decks the combat tricks they need without the cost of an actual card in your deck, and Flashback provides an opportunity to cast more spells in the late game. Escape works in a very similar fashion in THB. When you’re not purely reliant on the top of your library to be able to further your position in the game, you are given more options to interact with your opponent. More interaction = more interesting games of magic.

In THB, not all colors get access to fantastic Escape cards. The best of the bunch are concentrated in Black (one of the reasons it’s the best color in the set) and Green. Pharika’s Spawn, Voracious Typhon, Loathsome Chimera, and Mogis’s Favor are ones to look out for at common and uncommon. Underworld Rage-Hound and Sentinel’s Eyes are good options in Red and White. And at rare or mythic you get access to some oppressive threats like Woe Strider, Phoenix of Ash, and  Polukranos, Unchained. These cards can be your deck’s game plan all on their own provided you have enough ways to fuel your graveyard.

The Old (self) Mill

Speaking of ways to fuel your graveyard, there are quite a few in this format. And I’m not just talking about the obvious cards like Venomous Hierophant, Mire Triton, Funeral Rites and Relentless Pursuit. When you have even just one powerful escape card in your deck, that should cause you to look at some cards in a new light. Traveler’s Amulet, for example, should be an auto include in any two color deck with something worth escaping. The first copy replaces your last land and all of a sudden you have ⅓ of a Pharika’s Spawn or a ¼ of a Voracious Typhon. This may sound hyperbolic, but I truly believe this is the way to think of cards ending up in your graveyard. Thrill of Possibility or Thirst for Meaning not only trigger your Mischievous Chimeras but can get you those last two cards to recur an Underworld Rage-Hound. These cards perform double duty in that they lower the cost of including niche cards in your deck like Sleep of the Dead or Sweet Oblivion. These are cards you hope to not cast from your hand, but if they’ve found their way to the yard, can be ways to take out a pesky blocker or two or snag the last 8 cards from a controlling opponent, respectively.

As you start to think about cards in your graveyard as fractions of an escape card, so too should be thinking about cards ending up in your opponents graveyard. Take, for example cards that can trade 1-for-1 with an opponent's card, while putting their card in exile and yours in the graveyard. Removal like Final Death and Dreadful Apathy, interaction like Agonizing Remorse and Deny the Divine, and even a creature like Incendiary Oracle has additional value with the presence of Escape. It turns them into 1.25-for-1's a lot of the time if both you and your opponent are trying to Escape, which will almost always be the case with at least one card in your deck. Similarly, graveyard hate is important to think about. Having access to a Soul-Guide Lantern or Cling to Dust in your sideboard (or even your maindeck since both of these cards cantrip) can be a big difference in grindier matchups. Sagas and Omens are another great example of cards that have an effect on the game as they make their way to graveyard to fuel your future Escape cards.

With the presence of Escape comes the danger of milling your opponent. Towering-Wave Mystic and Sage of Mysteries should almost certainly be used (if indeed there is an appropriate time to use them) to mill yourself. The danger of randomly drawing your opponent a card in the mid-game is too strong. The Binding of the Titans feels like an exception as the window for your opponent to take advantage of the cards is so small that this saga is often quite good in a deck with a handful of escape cards.

And I think a handful may even be too many. The sweet spot for escape is 3-4 cards, in my opinion. You want enough that you have access to at least one, but not too many that the utility of these cards is diminished. Almost certainly, one of your escape cards will be better than the rest. Once you find that one, you want to be sure you’re not spending precious resources to cast a Mogis’s Favor for the second time when there’s a Pharika’s Spawn on your side of the battlefield. Sacrifice outlets have also proven to be quite important in tandem with Escape creatures. Sometimes your Pharika’s Spawn or Loathsome Chimera is blanked by a Nyxborn Seaguard or a Riptide Turtle and you need a way to kill it off yourself. Lampad of Death’s Vigil or Soulreaper of Mogis do quite nicely in those situations.

Depending on how much self-mill you have, it can be correct to run more than 40 cards. If you’re in a dedicated Golgari Escape deck and have 5 or more pieces of incidental self-mill, that’s when I’d start considering running more than 40 cards to ensure you can enact your gameplan before you run out of resources in your library. Use this deckbuilding tool sparingly but know that it is available to you.

This format has not been an all-time great for me, but the presence of Escape has led to some incredible games of limited. Golgari Escape is one of my favorite decks in the format, if not my favorite, and Escape has a lot to do with that feeling. What have been your favorite interactions with Escape in THB? Let me know on Twitter! And, as always, happy drafting! 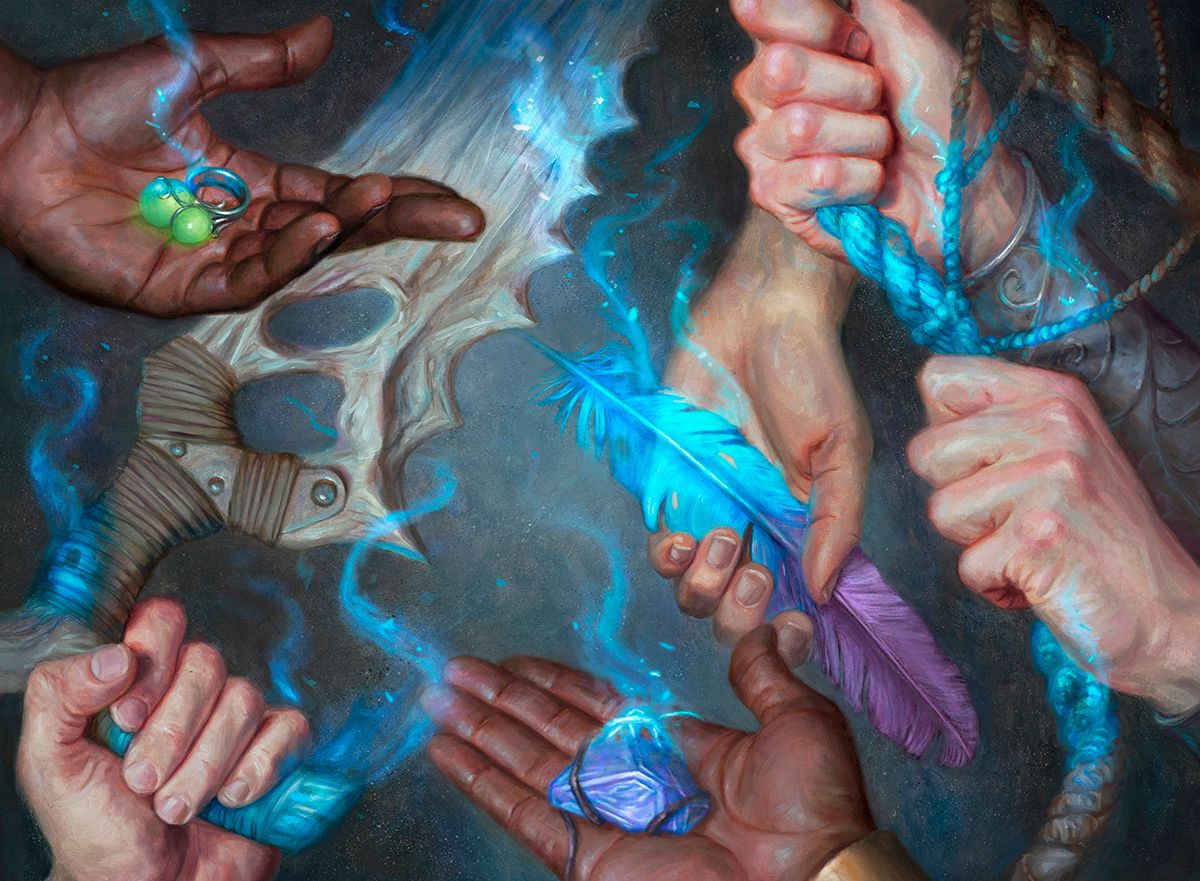 Elizabeth Rice shares thoughts about WotC's new creator program, breaking down its strengths and weaknesses, and her hopes for the program's future. 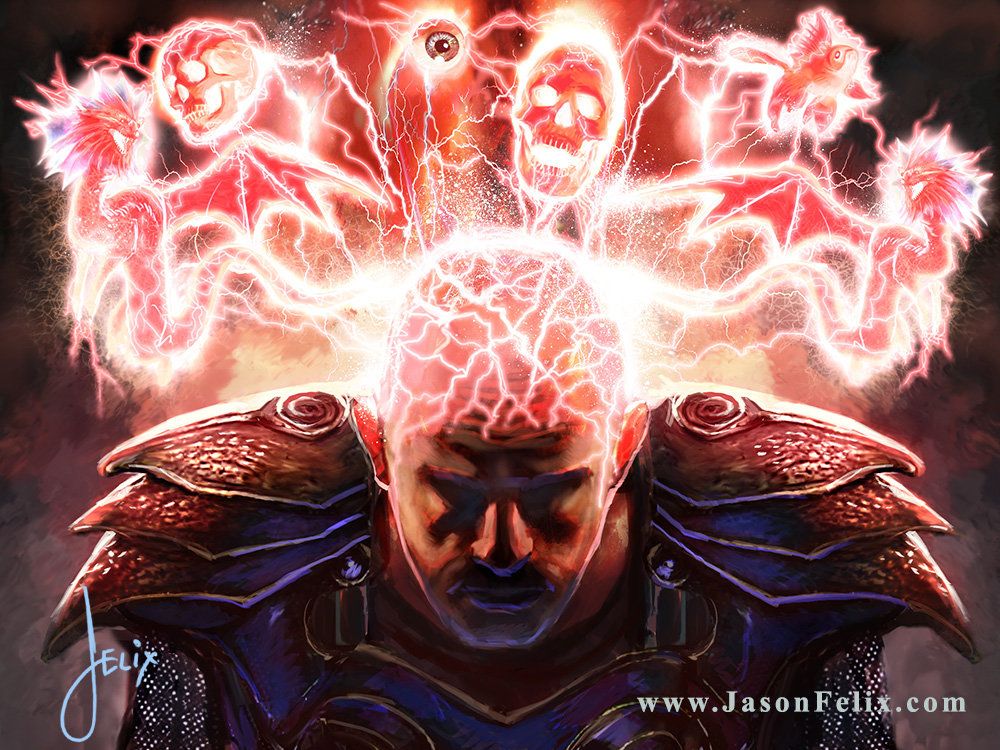 Darin Keener leaves decklists behind to talk about mental health and how Arena affects it.

Trading Posts
—
The Great Escape: Exploring an A+ Mechanic
Share this