Hello Everyone!  Last week we took a look at some of new mechanics of Zendikar Rising and how they will impact Limited and Constructed.  Today I want to take a deeper dive into some of the new cards of the set that I expect will make a big splash as standard rotates.

The Elder Giant Elephant in the Room

Anyone who has played virtually any format in the past nine months is familiar with  Uro, Titan of Nature’s Wrath. This dominant powerhouse of a card that has found its way into deck lists across the world.  Wizards of the Coast has banned multiple cards that support it, but the legendary monster continues to ramp and draw its way into a variety of decks.  With that in mind, any decks we look at need to combat the Simic menace.

Nighthawk Scavenger has a unique interaction with Uro.  This throwback to the classic Vampire Nighthawk comes competitively costed but includes a unique reverse Tarmogoyf ability, letting its power grow based on cards types in the opponent’s graveyard.  This turns into an interesting double-edged sword against Uro decks; they can remove card types to escape Uro, but need to fill up the graveyard first to allow it.  This means that your Nighthawk Scavenger will have time to beat in as a 3+ power creature while they fill the graveyard with a variety of card types.  Once they have the ability to escape Uro, you still have a deathtouch creature that trades with it.

Let’s look at a U/B build that uses the power of Nighthawk Scavenger combined with another fun new Zendikar Rising card, Zareth San, the Trickster.

This deck uses a variety of tempo spells and combat tricks to control the skies, while filling the graveyard to pump up Nighthawk and give you targets for Zareth.  It can be dangerous, as you potentially mill an opponent into their Uro.  Luckily, we run plenty of tools that can combat it like Eliminate and Brazen Borrower to bounce the giant back to their hand.  If you want to add additional threats, remove some of the conditional counterspells and add another legendary Rogue with Rankle, Master of Pranks.  Or go the other direction and drop out a few of the Mimics or Scavengers to create a full U/B Flash deck that always plays on the opponents turn.

The next deck is a new take on the aggressive mono green strategies that have filled the meta since the most recent round of bannings.  It loses some strong cards like Pelt Collector and Voracious Hydra, but new additions from Zendikar Rising could give it new life.  I splashed a small amount of black specifically for Grakmaw, Skyclave Ravager which is a strong three drop in it’s own right, but combined with other +1/+1 counters matters cards can grow out of control quickly.  Even if an opponent can answer it right away you get a second 3/3 body left on battlefield.

The focus here is a variety of +1/+1 counter synergies that combine with Wildwood Scourge to further press that strategy.  There may also be a case for splashing white instead to gain the power of Conclave Mentor.  I don’t think this will offer quite the same explosiveness that current green decks produce, but it has a bit more board resilience to help keep up into the late game.

The last deck I want to take a look at today is what a potential shell for Uro will look like after rotation.  Adventure decks are mostly rotation proof outside of some mana base changes, but I think Uro will continue to find its best home in a ramp shell.  Zendikar Rising gives us a wonderful reprint to help support our mana production in Lotus Cobra.

The list plays a little more of a midrange game than current Uro ramp decks.  We lose access to haymakers like Hydroid Krasis and Nissa, Who Shakes the World so we have to look at some recent game changers in Elder Gargaroth and Questing Beast to replace them.  The end goal is still resolving an Ugin, the Spirit Dragon but the addition of Lotus Cobra gives us a lot of new utility plays.  A turn two Cobra can lead to a turn three Uro + two additional mana for another Cobra or Jolrael.  The ultimate Magical Christmas Land turn is if you drop a Fabled Passage off your Uro, you can follow it up with a cultivate and be ready to drop an Ugin on turn four.  Splashing for Yasharn, Implacable Earth gives you an extra body and refuels your hand for landfall triggers.  There are a lot of different directions you can take this deck but I fully expect Lotus Cobra to present itself as a game-changer in the upcoming standard metagame.

This is just a small selection of the decks I expect to see after rotation.  Cards like Leyline Tyrant offer larger splashy effects and I have already been hearing some buzz about combo decks stocking Ancient Greenwarden and Nahiri’s Lithoforming to create huge landfall triggers.  I look forward to brewing with some of these builds and hope this article sparked some new ideas of your own.

In which Pixie Kitten Plays week 2 of the VML and encounters Uro a few times. Sounds UGHworthy. 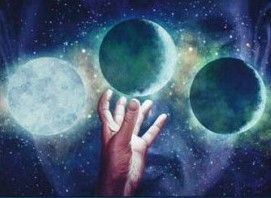 Dale Zellmer talks about using Cardsphere and PauperBattleBox.com to put together a game night in a box.

Trading Posts
—
The Future of Standard with Zendikar Rising
Share this