Howdy folks! It's me, your Legacy specialist Joe, and we're here this month to continue our deep dive into the various decks that make up the Legacy format!

As some of you might have heard by now, a little celebration for myself, in that I am now also writing Vintage content for MTGGoldfish! This is an exciting thing for me, so keep an eye out for my stuff over there!

Our deck this month comes from a suggestion on Reddit, where it was called "the most fun deck in the entire format". I'm not sure that's accurate but this deck is a lot of fun to a great many players out there: Death and Taxes!

The name comes from the simple idiom "There's only three certainties in life: Death, Taxes, and someone bringing a White Weenie deck to a Magic tournament." A White Weenie deck has existed in many configurations throughout the years and as such DnT has evolved into a deck focused on taxing and controlling its opponent while laying down a beat on them.

The storied history of this deck is such that I can't track of all of the changes made to the deck over the years or even how it truly began, but thankfully I know someone who has. Phil Gallagher of Thraben University has a wonderful page on his website detailing the history of DnT, and it's well worth checking out.

The Current Face of DnT

DnT is very much a deck often built to handle a specific metagame, and as such very skill-testing for brewers. This means even showing a few lists isn't enough to truly get a feel for what this deck can accomplish, since many of its pilots are fervent in the development of the deck.

Let's take a look at some lists anyways, so that we can start to understand where this deck comes from. The first list we have to look at is from a friend of mine! From a 4th place finish at SCG Columbus Team Open, here's Josh Willey's list.

Josh's list is fantastic versus the current metagame steeped in decks such as Death's Shadow, Grixis Control, and Miracles. Sideboard cards such as Gideon, Ally of Zendikar help shore up the control matchups where cards like Terminus are a consideration, while main deck Mirran Crusader does the same for matchups against Death's Shadow by being able to push through a Shadow player's removal.

DnT has always had a plethora of answers throughout the years, and new tools are printed every so often. Cards such as Palace Jailer and Recruiter of the Guard became near instant inclusions with the release of Conspiracy: Take the Crown because of their sheer power level. 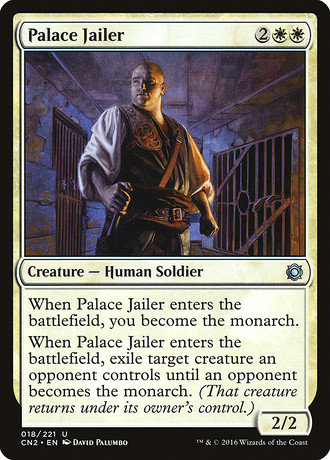 One of the most interesting things about DnT is that while the deck is predominantly mono-white in construction, it often sees various splash colors attempted. Whether these splashes are better than mono-white is debatable, but splashes absolutely do offer interesting functions to a deck that's mostly white weenie creatures.

Red adds a very interesting aspect to the deck, giving it not just a Blood Moon-like effect in Magus of the Moon, but also a card like Dire Fleet Daredevil which is an interesting combo with Aether Vial. R/W does have some downsides, but it can be powerful in the right metagame.

Other splashes include Black (for cards such as Zealous Persecution, Dark Confidant, or Orzhov Pontiff), Blue (for things like Meddling Mage and Geist of Saint Traft), and Green (for cards like Gaddock Teeg, Choke, and Qasali Pridemage). Another concept that has come up for this deck is the ability to splash Colorless mana cards such as Eldrazi Displacer into the deck as well, for another avenue of disruption.

The Core of the Deck

Regardless of where the deck falls, there are a few things about it that always ring true when it comes to its core development. 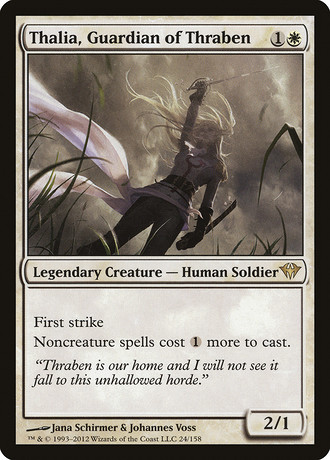 Other common threats this deck utilizes are:

The best thing about DnT is that there are plenty of solid sideboard options for this deck. Some of the most common are: 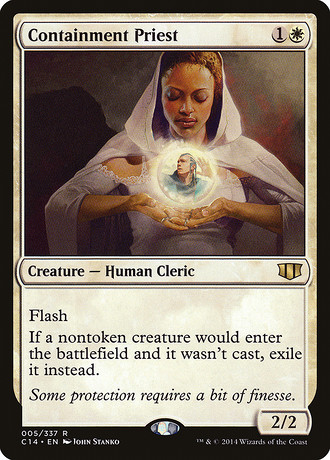 That's it for a high level overview look at a little bit of the history and core construction of Death and Taxes. I'll remind you again to check out Phil Gallagher's website Thraben University because it is such an extensive resource on the subject of DnT that everyone should visit at least once before running out the deck. Phil himself is a fantastic guy and a very strong player, so he really knows his stuff. If you've got burning questions about how to build your deck best, it's probably accurate that Thraben University has answers for you.

That is all the time we have this month. Let me know what decks are you guys interested in seeing next month. I'm sort of enjoying this whole reader selection bit, so hit me up either on Discord, Twitter, or Reddit! 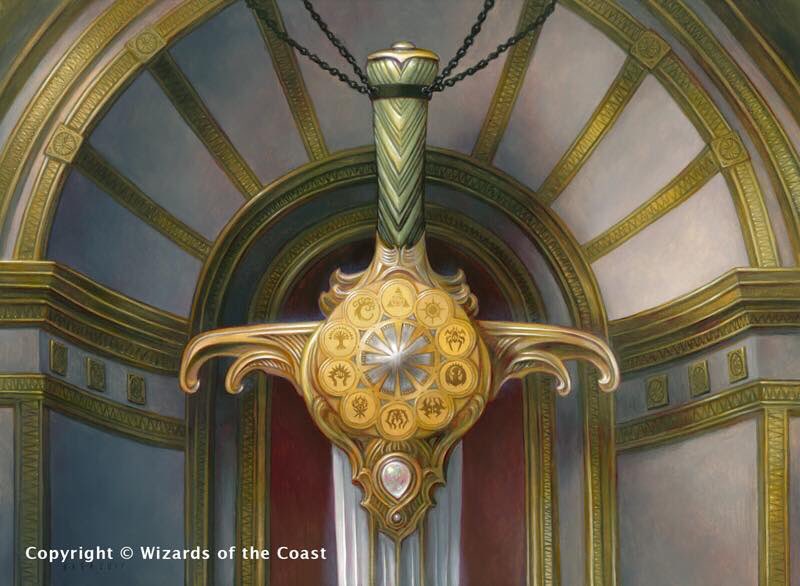 When should you move into the 5 color deck when drafting GRN? Lord Tupperware provides his thoughts. 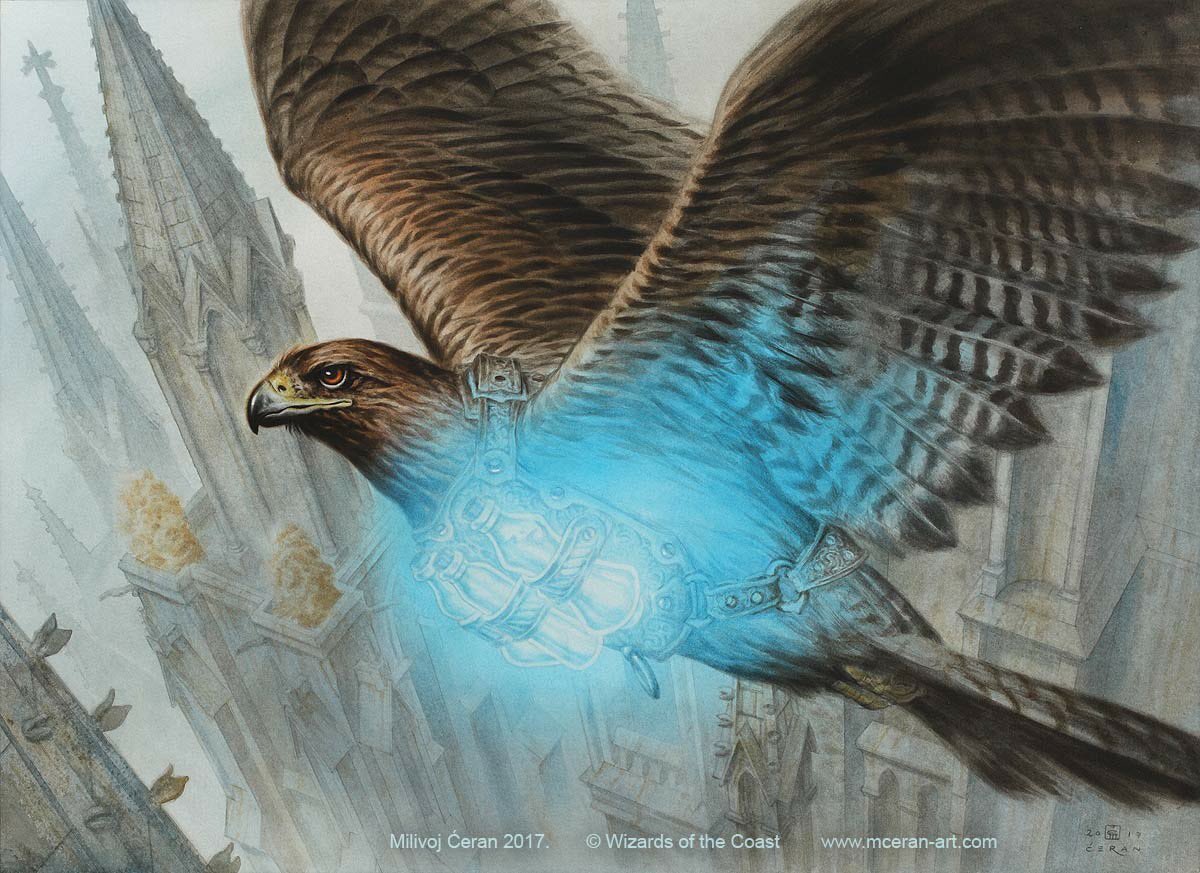 Darin Keener discusses Boros Weenies in Standard. And we mean it - this list runs twenty one-drops!