Howdy folks! It's Joe again here and this month we are continuing our look into the bread and butter of the Legacy metagame and some of its top decks.

This month we're going to be looking at one of the format's most ubiquitous spell-based combo decks. I'm talking of course about Legacy Storm.

Author's Note: Pardon the dust, I had to fix some of the decklists here because of the banning of Gitaxian Probe

The History of Storm

As long as the Storm mechanic has existed (dating all the way back to Scourge), many have sought to abuse the highly explosive mechanic to create decks capable of not only winning on Turn 1, but to do so by casting a huge number of spells to do so.

Early on, Storm players quickly identified the power of the interaction between Lion's Eye Diamond and Infernal Tutor, and two distinct variants of the archetype emerged eventually with the release of Shards of Alara in the card Ad Nauseam. Dating all the way back to 2006, both early versions of ANT (Ad-Nauseam Tendrils) and TES (The Epic Storm) became a big part of the format as one of the premier spell-based combo decks.

In 2018, Wizards of the Coast banned Gitaxian Probe, a card that had become ingrained in Storm lists for some time, but thanks to the tireless efforts by folks like Caleb Scherer and Bryant Cook, Storm's tale lives on.

The two decks became differentiated by many things eventually, and we're going to talk about both variants in this article.

The Difference Between the Storms

When we talk about Legacy Storm, more often than not most people are referring to the deck "ANT", but ANT is not the only Storm variant that exists. In fact, there are several Storm-based variants in the Legacy format.

No matter what version of Storm you're playing, the primary Storm kill condition versions often share the same game plan: Cast an inordinately large number of spells to ensure that Storm trigger is lethal to either kill the opponent on the spot (with Tendrils of Agony) or the next turn (with Empty the Warrens). Each deck does this in a different way, using ritual spells, card draw such as Brainstorm / Ponder / Preordain, and accelerative mana like Lotus Petal and Lion's Eye Diamond. Versions often play cards such as Ad Nauseam due to the low amount of CMC's spread out through the deck, and cards like Past in Flames allow versions to continue storming off with flashback spells.

The variant ANT is one of the most common variants seen today in the field of Legacy. What sets ANT apart from other Storm variants is that the deck often spends its turns sculpting its hand and denying its opponent the ability to interact with their kill turn. While ANT can go off quickly through disruption, the deck doesn't always land that Turn 1 kill and has to use cards like Duress and Gitaxian Probe/Cabal Therapy to strip away its opponent's hands while gathering together the critical mass of spells it needs to go off.

One of the arguably most well known ANT pilots in existence is one Caleb Scherer. Let's take a look at his list from the SCG Team Open in Atlanta.

As one can glean from looking at this list, the "red" portion of the list is basically relegated to Past in Flames and Empty the Warrens due to the fact that they are easily splashable with one red mana symbol. Cards like Dark Petition and Infernal Tutor allow the deck to speed through to a win condition, and accelerants like the ritual suite, Rain of Filth, and Lotus Petal all help the deck have the mana to do so.

Sideboard-wise, this deck seeks to take down its biggest threats, which generally end up being cards that either prevent the Storm pilot from casting its spells effectively (such as Chalice of the Void, Sanctum Prelate, etc) or effects that tax its spells (Thalia, Guardian of Thraben, Thorn of Amethyst, Sphere of Resistance, etc) through the use of various pieces of removal such as Echoing Truth, Chain of Vapor, and Hurkyl's Recall. Occasionally in Storm-heavy metagames, you will sometimes see Storm pilots adopt a few copies of Flusterstorm in their sideboard in order to have available for the metagame.

On the other spectrum of the wavelength, we have the variant TES ("The Epic Storm"), and its creator and most famous of pilots, Bryant Cook. I've had the sincere pleasure of playing against Bryant in both person and on Magic Online, and he is a very pleasant person to play against. Bryant tirelessly dedicates his time to his chosen archetype, running his own website to promote and develop strategy content for pilots of the deck.

Let's take a look at a recent list from MTGO Legacy Leagues.

One of the primary things that sets TES apart from ANT is that the deck utilizes the card Burning Wish heavily to fetch its win condition or silver bullets from its sideboard. In fact, the deck's only mainboard win condition in Game 1 is a singleton copy of Empty the Warrens, but the Burning Wish package allows the deck to have virtually 4 copies of a revelant sorcery at any time. TES also relies heavily on red rituals in the form of Rite of Flame and is not so reliant Game 1 on Past in Flames, opting to be just faster and more explosive.

Sideboard-wise we see a number of the same cards that even ANT plays, as the shared bad matchups for this deck are still just as bad.

These cards are the bread and butter of mana accelerants for this deck. Lion's Eye Diamond looks innocuous on the outside, but anyone familiar with the deck knows that it is what drives the archetype and allows the deck to function. One of the ways it does this is by activating it holding priority after casting Infernal Tutor. This lets you discard your hand and float 3 mana of a chosen color (usually black or red) to then use Infernal Tutor to search for any card (because of the "Hellbent" effect).

Brainstorm, Ponder, and Preordain often find their ways into various Storm lists as ways to dig and find answers as well as ways to win the game.

Cards like Infernal Tutor either can be chained or used to find a kill or to find a way to continue to chain of spells to a kill. Ad Nauseam allows the Storm pilot to dig to a set of cards in hand that allows them to simply go off, and Dark Petition is basically Demonic Tutor 95% of the time.

Many Storm decks run sets of Duress and Cabal Therapy in order to proactively get rid of any answers their opponent might have to them going off.

No matter which Storm variant is played, the kill conditions of Empty the Warrens and Tendrils of Agony are generally the accepted ways of killing your opponent. Tendrils is often used primarily due to the fact that it simply requires 10 spells to be cast to be lethal, but decks like TES often deploy Empty the Warrens as a primary kill condition due to the fact that very few decks in the format can handle 12-16 Goblin tokens on Turn 1.

That's all the time we have this week folks! Next time we're going to continue looking through the spyglass (pun intended) at some of the top decks in the format, and the next deck we'll be gazing upon is a most recent GP winner from GP Birmingham. I'm talking of course about Mono-Red Prison a.k.a. "Dragon Stompy"! 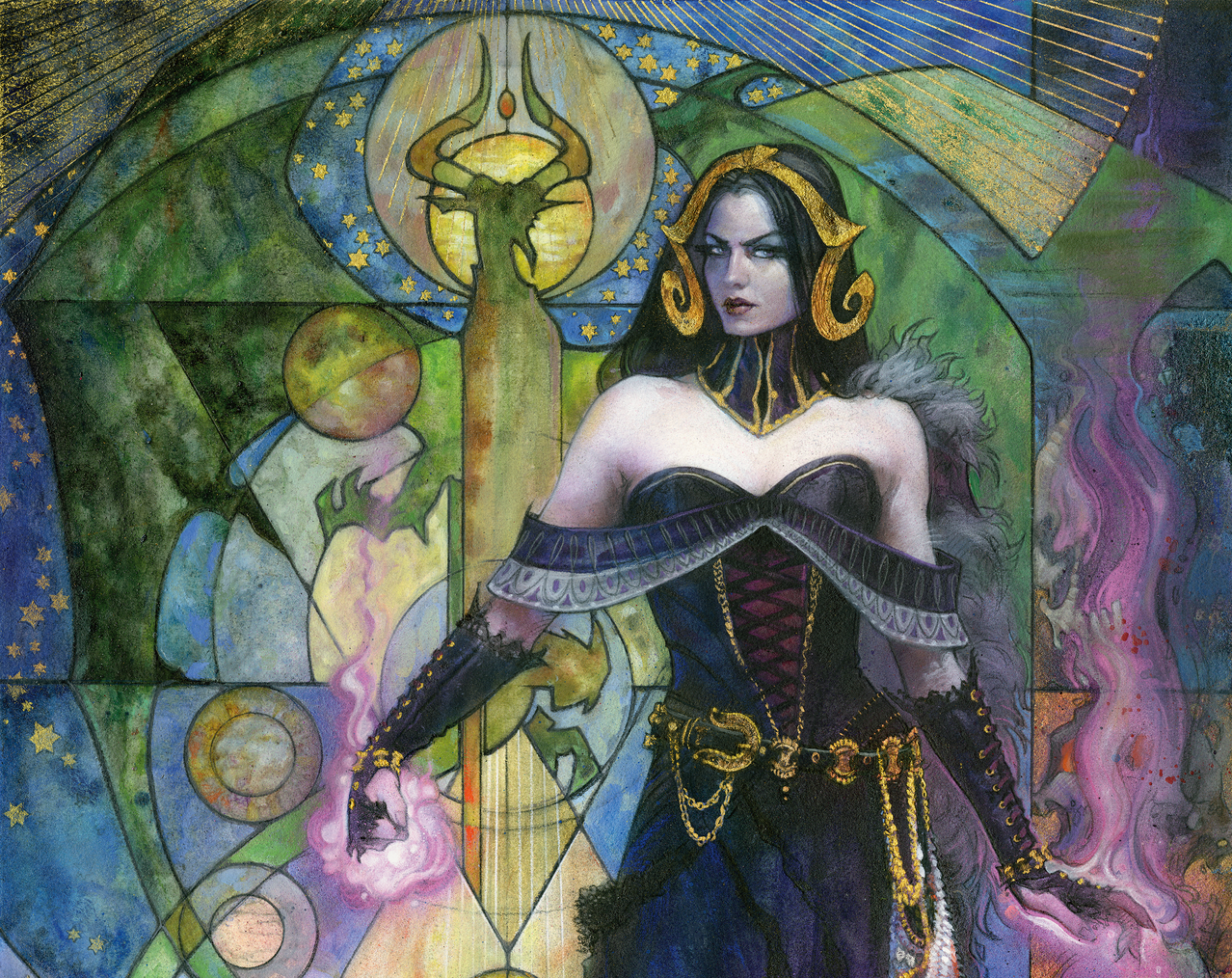 How fast is Core Set 2019 Limited? Let's run the numbers and try to find out!

Trading Posts
—
The Eternalist - Team Storm is Blasting Off Again!
Share this