Howdy folks! It's Joe again and we're here delving into various archetypes within the Legacy format!

This week we're going to be talking about a deck that is fairly important to my own wheelhouse, a deck archetype that I have registered competitively at various Legacy events. I'm talking of course about the archetype Nic Fit!

The History of Sacrificing Veteran Explorer for Fun and Profit

The history and the origin of the name Nic Fit is something that is always contentious, despite the fact that it's pretty easy to find out. Too often you hear the story of people talking about how someone claimed it was a "nice fit" and a typo cut off the "e", or that it was named after a person.

In fact, the name Nic Fit comes from a song of the same name by the band Sonic Youth. This was what the original source user Tao was listening to when he developed the deck. And of course, if you don't believe me, I always back up my sources.

From Tao's original ideas, the deck quickly took off in the hands of various different players, eventually finding its way into the hands of one Kevin McKee (a.k.a. Arianrhod) who has been playing the deck in various forms since 2011 and is still a huge proponent for the deck today (and a genuinely great dude with whom to hang out with and chat.)

In December 2011, Caleb Durward gave the deck a little limelight by making a Top 8 finish at a SCG Invitational.

Other impressive finishes include a 10th place finish by Kevin McKee at US Eternal Weekend, among others that have performed well with this archetype. I myself have a 10-5 Grand Prix finish under my belt with a Junk (Green/White/Black) version of the deck.

Since 2011, the deck archetype has fragmented into numerous color combinations and deck styles, so there is something for everyone to enjoy. 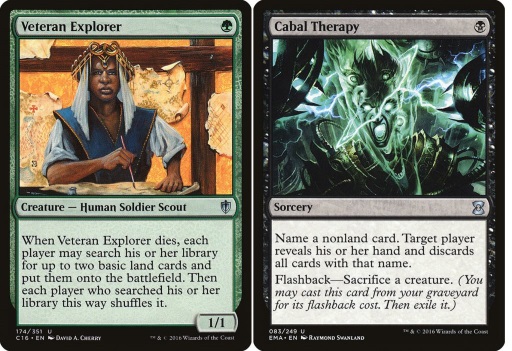 At it's core, Nic Fit refers to a very specific interaction: Veteran Explorer and Cabal Therapy. When Veteran Explorer dies, both players get to go search for two basic lands and put them into play. Cabal Therapy not only provides the sac outlet needed to make this happen, but also provides disruption to the opponent's hand.

What makes this strategy functional is that the vast majority of the Legacy metagame is defined by decks that run very few basic lands. Wasteland and Duals are a huge part of the metagame, with very few decks (like Miracles, Death and Taxes) running a lot of basic lands. Nic Fit is able to exploit this hole in the metagame by including 6 - 8 total basics, so often times the ramp provided by Veteran Explorer is completely one-sided.

In addition, as a toolbox deck Nic Fit has access to cards like Green Sun's Zenith in order to hunt down silver bullet cards or provide additional redundancy.

One other amusing defining trait is that the deck is capable of playing cards that otherwise generally see little play in Legacy. Often described as the deck that plays "Standard all-stars of years past", it is not uncommon to see lists playing cards like Thragtusk or Primeval Titan, or Planeswalkers like Elspeth, Sun's Champion. Furthermore, there is practically a variant of Nic Fit for just about any type of player, making the deck one of the most customizable decks in the entire format.

That being said, often times it is the deck's ability to play these kinds of cards that draws negative attention from players who cannot grasp the understanding of what is playable and what isn't. My experience with this has been that many times people don't understand the deck or the draw behind playing it, and often choose to ridicule instead of trying to learn. Jokes about how Nic Fit is basically like playing EDH in Legacy are thrown about (I've heard them all), but the reality of it is that this deck is very powerful in the hands of a skilled and capable pilot, and it's great if you're looking for something that is unique and can fit your own personal style of play. Also great if you're looking for something to dive into that takes a lot of practice and play time to produce positive results with, since sequencing and format knowledge with Cabal Therapy are very important to playing the deck.

Well, this wouldn't be a fun article without putting up some decklists and talking about the variations of the deck that are the most popular. Nic Fit doesn't really have a supremely stock list like other decks in the Legacy format often do, instead there are many sub-variations of the archetype all based around the interaction of Explorer/Therapy.

When we talk about "fair" decks in Legacy, we're referring to decks that rely on winning the game through means such as creature based combat and disruption either through countermagic or discard. Decks such as Delver are fair decks, because they don't utilize a combo of cards to win the game.

Nic Fit at its core is the epitome of a fair deck, and the most common list that most people can find familiarity with is Junk Fair.

Siege Rhino based Nic Fit decks are often the most normal of the versions seen in the hands of most players. I took this version to GP Columbus in 2016. This variant has changed over time, most notably adopting better threats such as Tireless Tracker and Archon of Valor's Reach as very powerful threats. Junk Fair is basically a midrange variant of the deck. Because of this, many often flock to this deck as a reasonable comparison to Abzan in Modern, not understanding it's quite different to play.

Nyx Fit is a newer variation that has really only gained popularity in 2017. The deck significantly different than the normal Junk Fair decks, focusing instead on powering out an Academy Rector and killing it to establish a large lock-piece enchantment such as Overwhelming Splendor or Dovescape. This variation gained some notoriety after Paragon City Games took the deck through a Magic Online League managing to go 5-0 in matches but 10-0 in games. The deck's name comes from the fact that the earliest incarnations of it (prior to Amonkhet/Hour of Devastation) played Starfield of Nyx in it.

The Unfair Side of Things - Shifting into Legacy

On the other end of the spectrum, we can talk about Unfair decks that try to win via a combo of some sort. Nic Fit has a few of these as well. In fact, what's the most broken thing we can wish for off Burning Wish? Well, Scapeshift of course.

This version seeks to play both a fair and unfair game in a strange hybrid. By playing the normal game of ramping into creatures, etc, the deck also gains access to a powerful "I win" button in the form of Scapeshift. This is the variant I play often (one that I really enjoy quite a bit) because it always feels so incredibly strong.

Other Unfair variants in this color combination include Sneak Fit, which seeks to stick a Sneak Attack into play and kill its opponent with something like Emrakul, the Aeons Torn or Inferno Titan.

One of the things that I greatly enjoy about Nic Fit as an archetype however, is the community of people that are behind the deck and working on it constantly. Not only is there a subreddit, but there's also a Discord server in addition to the work being done on the Source, and also a website!

I would like to give a big shoutout to folks such as Kevin McKee (for being Kevin McKee), Isvan, Matt Hackbert, etc who all spend much time whittling away at Nic Fit as an archetype and constantly refining and working on the deck. One of the major things that keeps my attention with this and makes this deck for me, a lot of fun to play and work on is the people associated with it, and the Nic Fit community is bar none some of the nicest people I've had the pleasure of associating with.

Nic Fit's future is ever evolving, and by the time this article is published, you will all know about cards like Assasin's Trophy and Vraska, Golgari Queen. That is one thing that really speaks to how the future affects a deck like Nic Fit. New printings give the deck better decisions in deck-building and playstyle, and sometimes inspire new archetypes built around them (such as Arena Rector has.) It's an exciting thing, and I'm very excited for Guilds of Ravnica and the sets that follow for that reason. We have nowhere to go but up!

That's all the time we have this time to talk about silly Legacy decks! Next time, I'd like to hear from you guys! What deck should we delve into next month? Let me know either through Reddit comments or through Discord. I would be curious to hear your thoughts on what you would like to see featured here. 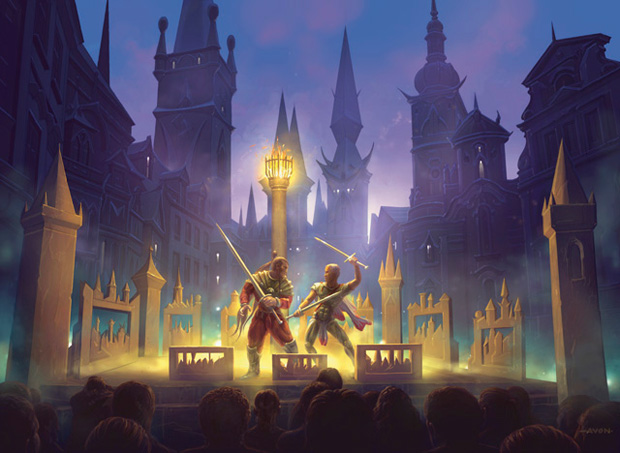 Jon Dunning from The Hive Mind joins us for a special treat which lines up well with his other shows: fantasy casting the Magic movie! 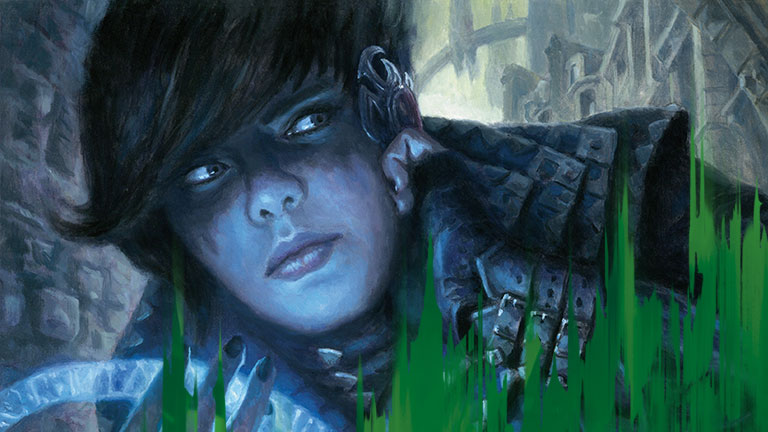 Preparing for the new Standard, Darrin Keener compares Surveil to similar mechanics still in Standard to assess its power level.

Trading Posts
—
The Eternalist - Sacrifices Must Be Made
Share this