Howdy folks! It's Joe again and we're back with another look into the history and gameplay of another Legacy archetype.

History of the Mongoose

The sheer history of Threshold decks goes all the way back to the old Extended format, where a Blue/Green based deck named "Gro" flourished, utilizing a low mana curve, loads of cantrips and efficient beaters such as Werebear and Quirion Dryad as finishers. Variants of this deck, such as "Miracle Gro" and "Super Gro" began to place well at larger events.

Over time, Threshold/Gro decks evolved in various ways, adopting different color splashes and different strategies, but none have held their ground as much as Canadian Threshold. Named after David Caplan and Lam Pham (who are from Ontario, Canada), Canadian Threshold was a tempo-based mana denial deck, utilizing the strength of Wasteland and Stifle to choke its opponent's manabase, while swinging in with a singular set of threats.

David Caplan piloted the deck that came to be known as Canadian Threshold to a Top 8 finish at GenCon 2007, where the deck looked something like this:

It's worth noting that the very core of this deck still looks very close to the same today, with some obvious changes based on newer cards that have been printed.

The deck would receive a new upgrade in the form of the printing of Ponder during Lorwyn, but it was Innistrad that would bring about the revolutionizing of an archetype. 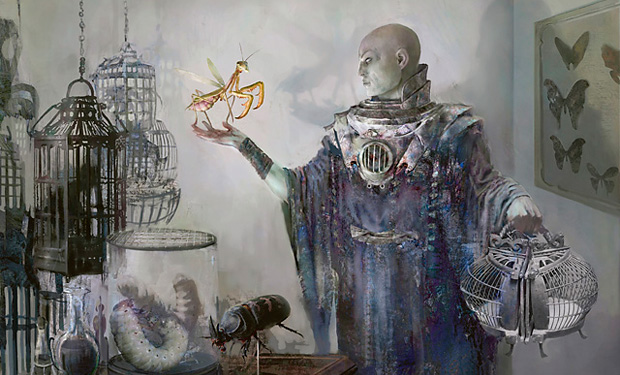 With the printing of Delver, blue tempo decks gained quite possibly one of the most evasive creatures ever printed. The deck has continued to evolve, transforming from the old Canadian Threshold much like how Delver transforms into a 3/2 flier by becoming RUG Delver.

RUG Delver, like all other Delver variants except for U/R, experienced the same push out during Khans of Tarkir due to Treasure Cruise and Dig Through Time, but it was really the printing of a certain Elf Shaman that had put a hard nail into RUG. Deathrite Shaman presented a very potent issue for RUG Delver. As a 1/1 initially, Nimble Mongoose just could not ever swing through the 1/2 Elf, and attaining Threshold and keeping it was hard thanks to DRS. In addition, Tarmogoyf simply wasn't the threat it used to be with the adoption of cards like DRS and Gurmag Angler that could keep it in check. It seemed as if RUG had lost its Goose.

But then, something joyous happened. Wizards banned the Little Elf That Did Bad Things, and suddenly RUG Delver players were reaching for their Mongeese and Goyfs again. The deck hasn't changed much in its time, but its strategy still holds true as a powerful way to attack Legacy as a format.

Let's take a look at what RUG Delver looks like now in 2018.

As we can see, not much has really changed long-term for RUG Delver since its glory days. RUG's game plan for a match is fairly simple. Disrupt your opponent's mana through the combination of Wasteland + Stifle, stick a threat such as Delver of Secrets, Tarmogoyf, or Nimble Mongoose, and protect it with your very life as you clock your opponent with a hyper efficient beater.

What gives this deck this kind of game is not just either Wasteland or Stifle, but the combination of both used in tandem to punish opponents and force them into incorrect plays. In fact, often times the correct Turn 1 play from a RUG Delver player is Turn 1 Fetchland. This can often punish their opponent if they attempt to play a Fetchland of their own if the RUG player has Stifle in hand.

RUG is a highly efficient, highly tuned machine that can dismantle even the best strategies if it can get out the gate early with mana disruption and a clock. Even during the period of time that RUG Delver was considered universally bad (hint: it wasn't) by the majority of Legacy players, RUG Delver "lifers" soldiered on, tirelessly dedicating time and effort to mastering the deck's every ins and outs.

The Core of the Deck

Ever since the introduction of Tarmogoyf and Delver of Secrets, the threat base in RUG Delver has pretty much been set in stone. Sure, the deck has tried other threats here or there to stay relevant, but the triple threat package of Delver, Goyf, and Goose have always been good. 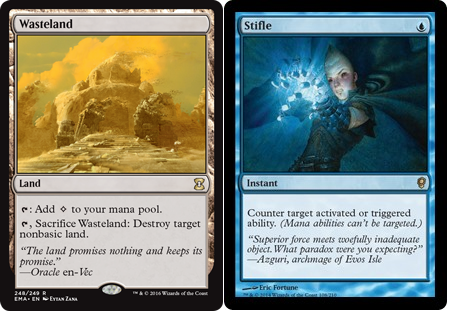 The most important part of this deck, effectively knowing how to use Stifle and Wasteland is what makes or breaks a good RUG pilot. There are a million little applications for Stifle and how to best use it.

The obvious "blue" package that goes in nearly every blue deck in the format: Ponder, Brainstorm, Force of Will, and Daze are all very important cards to the RUG Delver game plan, while the additions of cards like Spell Pierce and Spell Snare help keep the pressure and efficiency of the deck up.

Sideboards are always in flux in these kinds of decks, with new options being printed all the time. Cards like Winter Orb and Submerge are long-time pieces of technology, giving the deck game against decks like Lands and Turbo-Depths (Submerge being powerful enough to take down Marit Lage.

Newer sideboard options like Abrade and True-Name Nemesis have also cropped up as powerful sideboard cards, and things like Sulfur Elemental have long helped the deck deal with other mana denial decks such as Death and Taxes, whereas Life from the Loam allows RUG to keep up the mana denial pressure in certain matchups by letting it recur used up Wastelands.

That's all the time we have for this month, but rest assured we're going to be continuing to look into the various decks of the Legacy format going forward.

Our next article will take a look at a deck that's somewhat near and dear to my own heart, because it's a deck that I actually play in paper Magic and have for quite some time. It's a deck that's highly customizable to play style and can be quite powerful if built properly, but requires a high knowledge of the format to do so. The deck is Nic Fit. The time is next month. We all knew this would happen eventually. Prepare yourselves. Veteran Explorer is coming. 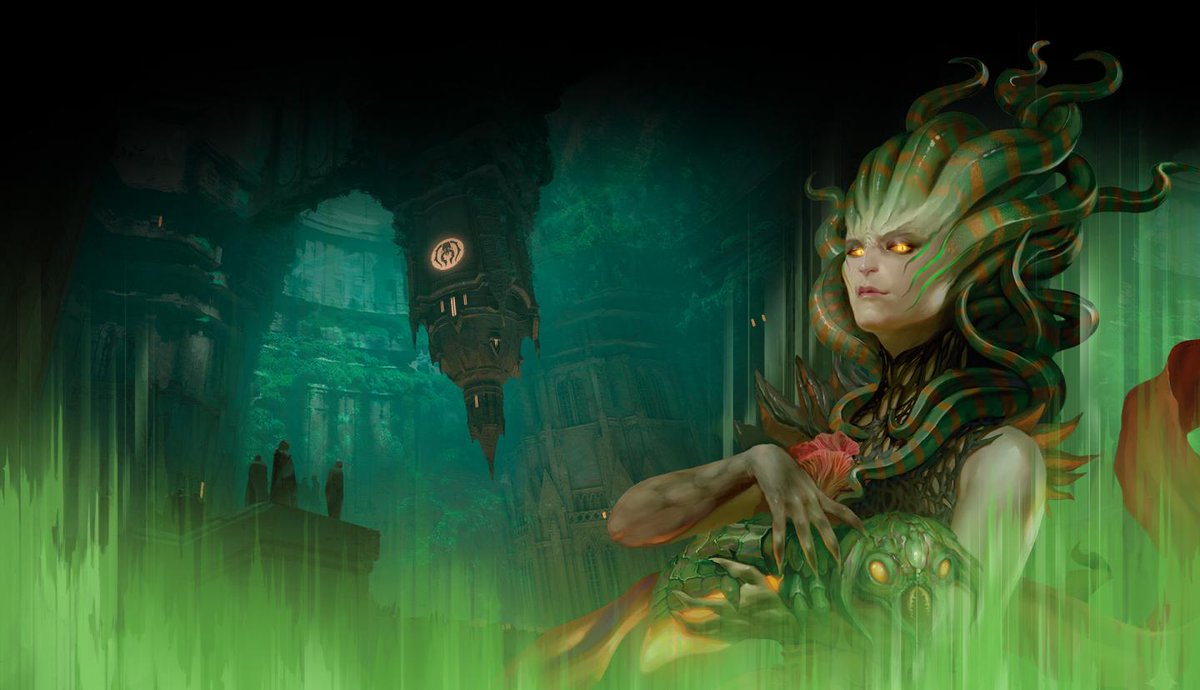 Ethan Saks' commentary on the five mechanics of Guilds of Ravnica, and their expected power levels in limited. 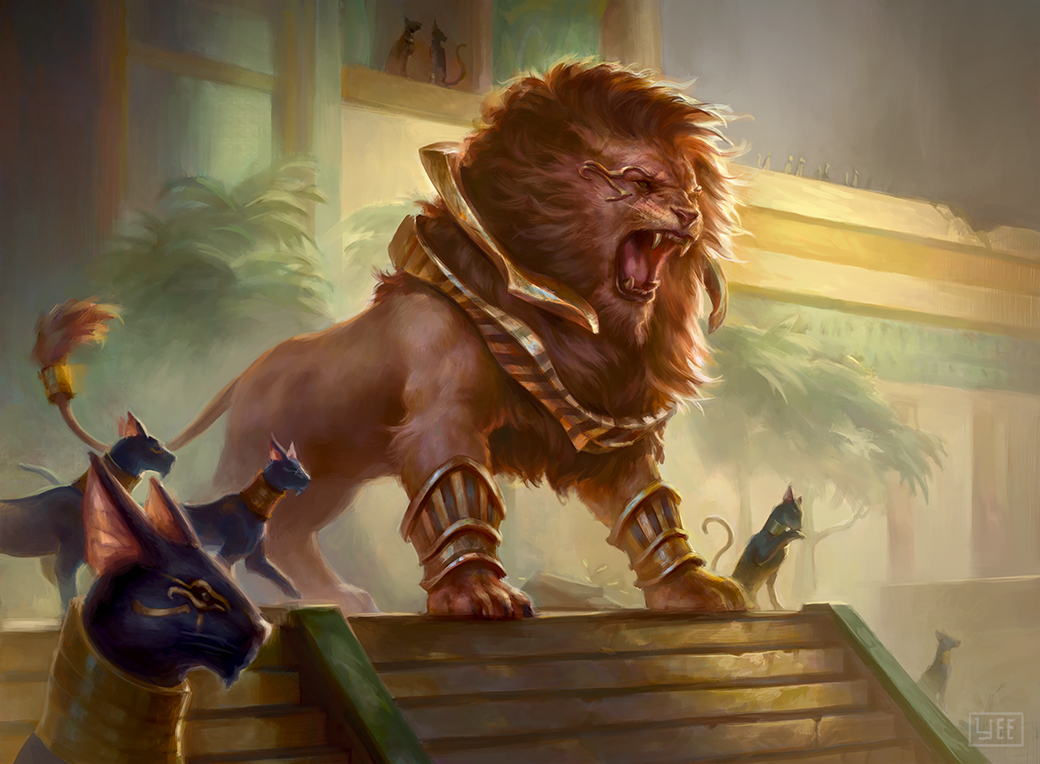 Darrin Keener returns, but now as our monthly Standard columnist. Out of the gate, he starts of with... Cat tribal?