Howdy folks! Here we are in the new world of 2019! This year we're going to be kicking things with a little study session. That's right, we're headed back to school to learn some new things about how to play Magic and how to play in the Legacy format! As you might have no doubt heard by now, Legacy is one of the formats that you can qualify with on Magic Online for various things like the MOCS and Mythic Championships!

Before we jump into the thick of things, I just wanted to express my appreciation for those of you who commented such great constructive criticism on my last article here. There were some issues with my assessment of Lands matchups, and Lands players are so deathly passionate about their deck that I was quickly brought up to speed by some of you. For that, I thank you, and I of course aim to continue to try to produce solid content for you guys to consume.

With that being said, let's get right to it. This next couple months is going to be focusing on various tips and tricks to help you further understand tiny idiosyncracies of the Legacy format.

Since Storm has been gaining in popularity, let's talk first about some cool Storm tricks you can use both against and in the deck, shall we?

There are some very interesting tricks you can do with Storm these days, but the basic interactions are always the best to learn first. One of those interactions is learning how to hold priority for Lion's Eye Diamond when casting a card like Infernal Tutor or Dark Petition. Especially on Magic Online, where you need to hold the Control key (Ctrl) while casting the original spell that you wish to retain priority for. At that point, you will be able to crack LED in response to put yourself at Hellbent for Infernal Tutor.

Speaking of LED, it is important to remember that despite the fact that the wording on the card is a little strange, LED is still a mana ability. It is just a mana ability with a timing restriction. What this does is that it makes it so you can't use LED's mana as a true mana ability while paying costs for a spell, but it also makes it so that cards like Pithing Needle and Sorcerous Spyglass cannot shut it off (since both of those cards specify that mana abilities still function). However, Phyrexian Revoker can shut off LED, because it does not specify mana abilities. And of course, Null Rod/Stony Silence also shuts off LED as well.

Since the LED/Infernal Tutor interaction is the most common one in the deck, sometimes you can step outside the box a little to get around their ability to tutor while Hellbent. Since Infernal Tutor checks this when it goes to resolve, you can use a permanent bounce card (such as Venser, Shaper Savant or anything that bounces a permanent) and put a land back in the Storm pilot's hand. When Infernal Tutor goes to resolve, it sees a card in the player's hand and force them to search for a copy of it instead of the card which they actually wanted. While Venser doesn't see much play right now it does occasionally still appear in the format, so it is an interesting line to take. However, this can be defeated by the Storm player through the use of a card like Rain of Filth which would allow them to sacrifice whatever land is being targeted by the bounce to counter the bounce spell/ability.

Finally, one of the primary engines behind Storm is the use of Past in Flames. PiF is a fairly difficult card to interact with since often countering it when it is cast from hand doesn't typically mean much since they can typically easily flash it back. That being said, it is possible to counter Past in Flames while being able to get rid of it through a card like Surgical Extraction. The way to do this is to activate a fetch-land in response to the casting of Past in Flames, then hold priority to cast a counterspell against Past in Flames. The counterspell will resolve, removing PiF from the stack, but leaving the fetch activation. Then in response to the fetch activation, you can cast Surgical Extraction to kill Past in Flames. The moral of the story for the Storm player here is: Discard spells once, Discard spells often.

Turbo Depths is a deck like Lands that seeks to abuse the combination of Thespian's Stage and Dark Depths, but instead of being more of a combo/prison/control hybrid, its primary goal is to establish the combo quickly to just end the game.

Turbo Depths is a fairly straightforward deck, however there are some nuances around certain interactions.

For instance, Depths lists often run Urborg, Tomb of Yawgmoth for the ability to grant Dark Depths a mana ability. This allows Depths to tap for mana to either cast an early Vampire Hexmage or also to be able to activate Thespian's Stage.

The Depths/Stage combo itself has some intricacies that are often skipped in paper rules for shortcutting purposes but sometimes can present an interesting way to interact with the combo, especially now that cards like Assassin's Trophy exist. When Thespian's Stage's activated ability resolves, it becomes a copy of Dark Depths. At this point, the game sees two copies of a Legendary permanent with the same name in play and prompts you to select one to keep. Keeping the newly copied Depths that has no ice counters on it prompts what is called a "state trigger" that looks for the land with no ice counters on it. Here is where this gets more interesting.

Because of the way the state trigger is worded, part of resolving the state trigger is the requirement to sacrifice the land in order to create the 20/20 Marit Lage. If for some reason the player is unable to sacrifice the land, they will not get the token. One of the most common interactions here is the use of Wasteland to destroy the newly copied Depths with the state trigger on the stack. However, now players can use Assassin's Trophy for the same effect, giving the possiblity of decks that are Green/Black based ways to interact with the combo outside of cards like Diabolic Edict and the like.

That being said, one thing you never want to do with the state trigger is cast Stifle at it. While this will indeed counter the trigger, because of how state triggers work and check constantly, the trigger will just immediately be put back on the stack.

Pithing Needle effects also can sometimes play very interestingly vs Depths combo. While Turbo Depths has a number of redundancy in its ability to set up the combo (Thespian's Stage or Vampire Hexmage), Needle effects vs Thespian's Stage can be amusingly messy. One trick that can be used here is to activate Thespian's Stage in response to the casting of a Needle effect (note that you have to do this before asking the player what they intend to name) to copy a different land, which will give it the name of the other land. This will put your opponent in the position of whether or not they wish to name the land it copied or to continue to name Thespian's Stage to shut off the other ones in the deck.

THat's all the time we have this week folks! Next time we'll be doing more of these little tips and tricks things, poking at such interactions like Engineered Explosives and Chalice of the Void as well as some Dredge fun!

Hope you guys are having a great start to your New Year! Let's make 2019 lots of fun, shall we? 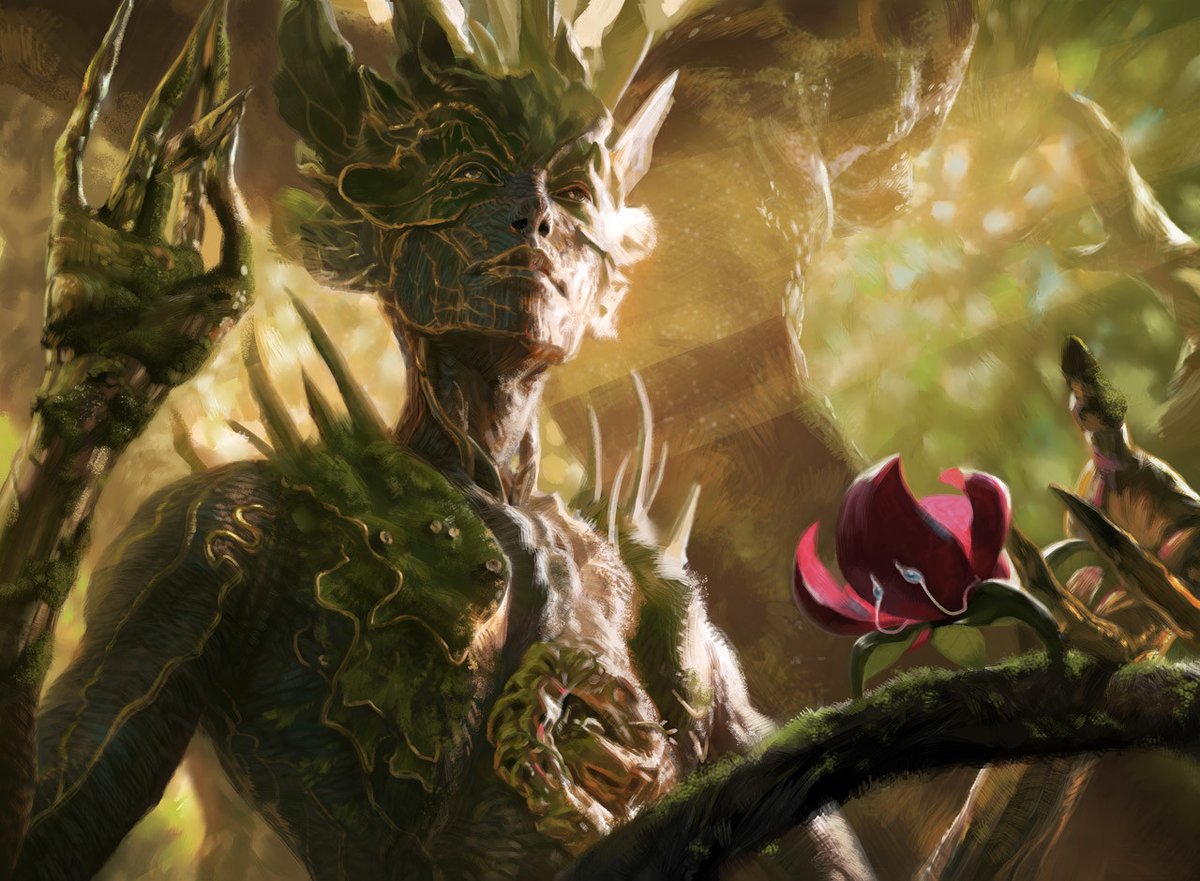 Lord Tupperware returns to get us ready for RIvals of Ixalan drafts on MTGA. 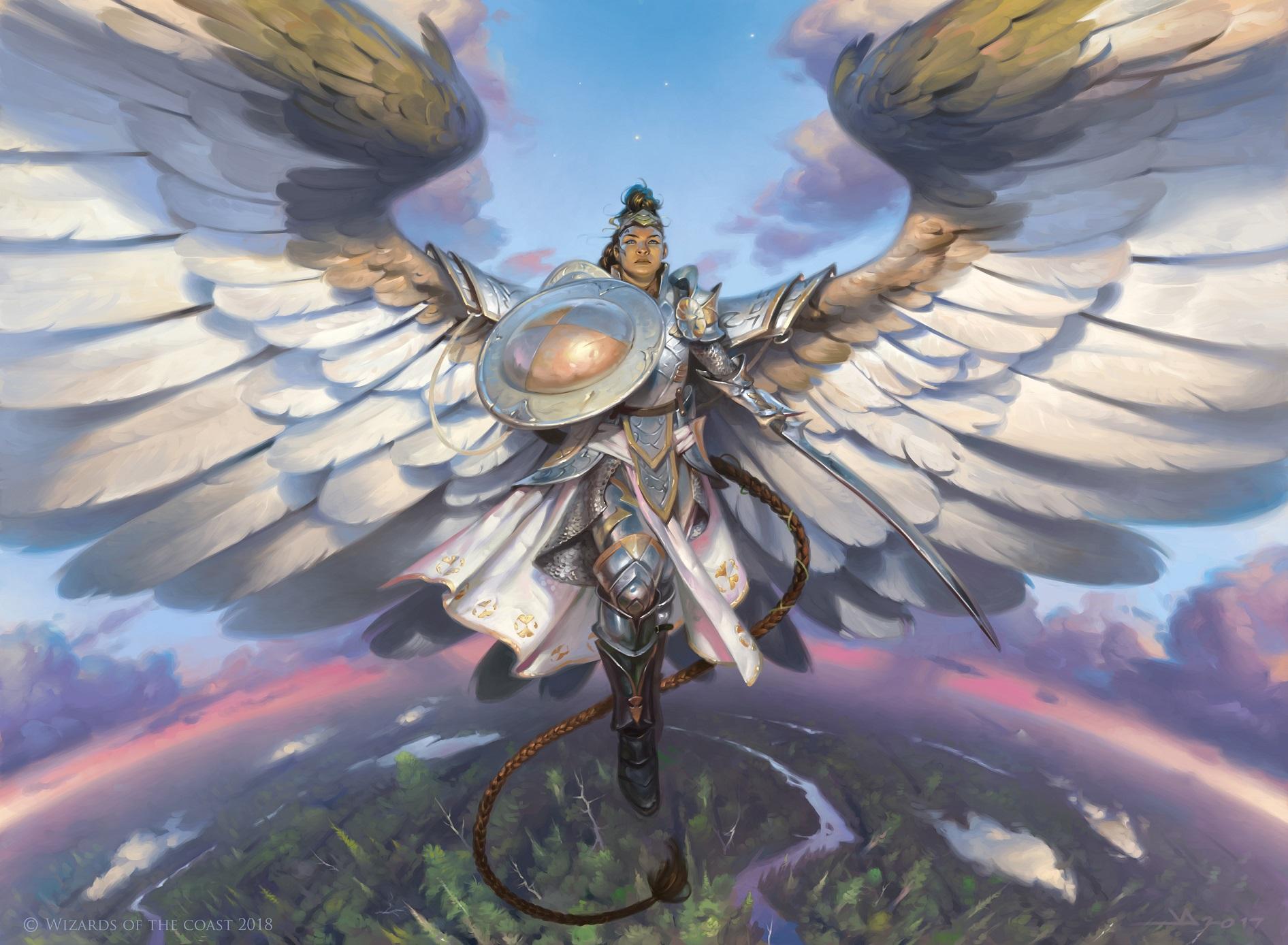 With Magic Arena bringing all kinds of users to the game, Johnny Slivers wants to make sure there's a clear path to EDH/Commander.

Trading Posts
—
The Eternalist - Class is in Session!
Share this