Since I'm sort of a Magic hipster, this is a dark time in my life.

Namely...I'm supposed to be bringing you a sampling of what's interesting, fun, and entertaining in the world of Standard, and, well...Standard is not really any of those things right now.

Oko, Thief of Crowns is the biggest single-card design mistake that Wizards of the Coast has made since... what, Skullclamp? I say that not because it's just a strong card. WotC has printed a lot of strong cards, sometimes even cards strong enough that they need to be banned. And some of these bannings, while justified, were at least understandable. Often the bannings occur because of a parasitic mechanic (energy, colorless Eldrazi) or because there's an interaction that R&D flat-out missed (Cat combo).

But how do you explain this one? A common interpretation of the Eighth Commandment in the Bible is that one of our obligations to our fellow human beings is that we're supposed to try to understand what someone says or does in the kindest way. In other words, we're supposed to give people the benefit of the doubt. And the kindest explanation that I can give for the existence of Oko is a typographical error or a change to the card that was made post-playtesting. I'm serious. Imagine if Oko's food-making ability was a -1 rather than a +2. Or even if it was a 0 or maybe a +1 ability. Or if the Elkification was a -1 instead of a +1. Suddenly the card becomes much more reasonable, right?

Oko comes into play, makes a food, and is still at somewhere from 3-5 loyalty. He dies to Fry, he dies much of the time to Questing Beast, he's in range of multiple burn spells, and we're not having this conversation. But now, the only real spell that can ramp you into a turn 2 Oko is... Gilded Goose, a card that LITERALLY PRODUCES THE FOOD TOKENS THAT OKO USES TO DO EVERYTHING. Ahem.

So you understand the dilemma. My last article was an attempt to use ramp to make a deck that could fight the numerous Field of the Dead decks that we thought were the real enemy of the format, and it was really fun. Successful too, I might add. I don't usually talk about ladder rankings here because everyone plays their own way and my testing of the wild decks out there requires me to lose a lot, but Naya Faeburrow got me comfortably into Platinum on Arena. But with our current situation (and the confirmation from Wizards that there will be no B&R changes before November 18th), I can only suggest one of three things if you're playing Standard:

I can't help you here because as a "Magic hipster", I refuse to play Oko in any of my decks. In recent memory, I didn't play Aetherworks Marvel (unless you counted the one time I built an anti-Marvel Marvel deck that tried to use Void Winnower to blank most of the typical Marvel hits.) I didn't play Hazoret the Fervent. I would have played Felidar Guardian in the Cats deck WHERE IT BELONGED rather than with Saheeli, and I didn't play Nexus of Fate decks. One of the great things about Magic is that people find joy in playing the game the way they want to play it. There are a lot of games where such sentiments are flat nonsense; deciding that you find joy in running the bases backwards in baseball will get you either thrown off of a team or thrown into a padded room for your own protection, and I don't find much joy in playing other tabletop games like chess sub-optimally. But Magic is not baseball or chess, and there are other ways to find joy in the way you play and the decks you build.  I always took the existence of broken cards as a personal challenge, a reason to brew and try to work over, under, around, or through such cards. But, if you're going to play green (and it would seem that everyone is, since the top 10 cards currently played in Standard are ALL green), and if you want to be playing a tier 1 deck, you need to be playing four copies of Oko and four Geese. Everything else can be tweaked, but this is pretty non-negotiable.

The 11th most-played card in the aforementioned list was Noxious Grasp, and that's because it's the most reasonable answer. Along with The Elderspell and Murderous Rider, it's the most reasonable and efficient answer to Oko, and you're STILL losing some sort of card advantage in order to use it. You're trading a one-for-one on cards, and your opponent gets the advantage of a left-behind food token or an important card turned into an Elk. A few months ago I wrote about a mono-black control list that could easily be modified to include these cards introduced in Eldraine and still have room for the basic concept (although the loss of Cabal Stronghold to rotation is very sad indeed). There's also Aether Gust, but if you're playing green then you're probably playing blue and you're probably playing Oko so you know that already.

My guess is that Oko, Thief of Crowns will be banned, and it's quite possible that he'll be banned in more than one format since there are lots of Pioneer and Modern lists that are starting to use Oko to their benefit, and Oko as a Brawl commander is just stupid. If WotC had weakened the Oko lists somewhat by banning something like Hydroid Krasis or Nissa, Who Shakes the World alongside Field, it would have been interesting to see if the meta could have adapted. I did not expect Oko to be banned at the last B&R since he's the face card of the newest set, the "star" of the lore, and it would be a terrible look to ban him in the first month of the set. But barring some sort of revelation of the brewers among us, we're past the time when sneaking around the edges will suffice. My guess is that if you want to jam those four Arena wild cards into Okos for the time being, you're going to get them back sooner rather than later. If and when that happens, the challenge will be to figure out what can be done with those Oko deck cards that have lost their Oko. And I have an idea on that one.

But we'll save that for the next article. In the meantime, Oko on (in the same way the Ancient Mystic Society of No Homers moved on) , and drive friendly! 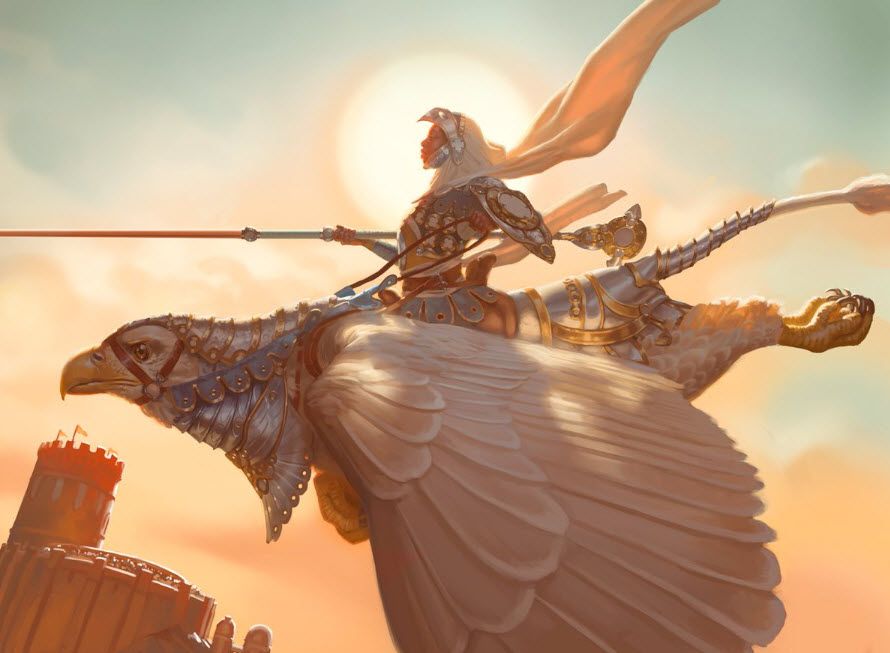 Lord Tupperware thinks you're not drafting enough white in #MTGELD. Is your memory of the last few sets causing you to miss out on a good thing? 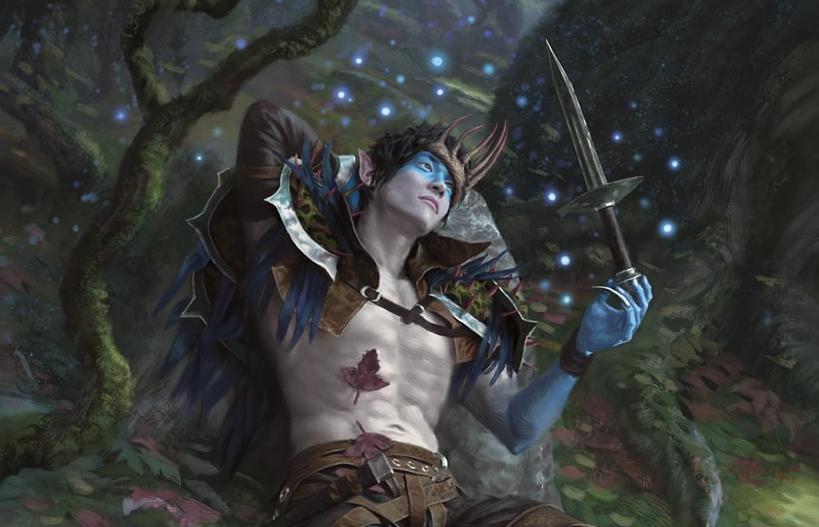 Cliff Daigle looks at all the factors that are impacting the rocketing price of Standard's new money card. Should you pick up Oko now?

Trading Posts
—
The Ancient Mystic Society of No Okos
Share this