Hey all! Ben Fischer, aka betafisch, aka "the Vector Theory guy" here. Today, I need your help with something that we Limited players tend to love: analyzing the living daylights out of a corner case.

First of all, I know what you're thinking. The title of this article is NOT a typo. Over at the Draft Chaff Podcast, we tackle the tough topics that nobody else will*. I'll walk through a play I made in a recent game of Crimson Vow draft, and let you be the judge of whether it was the right move or not. As you can probably guess, it involves going against one of the most fundamental limited heuristics of all time: don't trade two cards for one!

*is dumb enough to discuss at length.

Here’s the scenario. I’m playing red-green wolves, and my opponent is playing what looks to be a more controlling black-white lifegain deck. My opponent is tapped out, and has a single creature on the board. It’s a good one:

I have a Hookhand Mariner on the battlefield, and a Flame-Blessed Bolt in hand. I attack, and my opponent snaps off the block. Before damage, I cast Flame-Blessed Bolt on Edgar, Charmed Groom, sending it to exile rather than allowing it to do the whole vampire-army-nonsense. I spent two cards to answer a single card from my opponent. Did I make the right play?

Before you hop onto Twitter and do your best impression of Screaming Swarm at me, allow me to explain what I was thinking. It doesn't take long for newer players to realize that card advantage is almost always a great thing in Limited. In a format where the average card will trade for exactly one of your opponent’s cards, it feels great when the dust settles and you have three more cards than your opponent in the mid-to-late game. Crimson Vow’s commons actually have more inherent card advantage than those in most sets (just look at cards like Spore Crawler, Kindly Ancestor, or Courier Bat), but the balance across colors means that the usual heuristic stands. Drawing more cards than your opponent will still help you win games of limited.

This single card was poised to invalidate my gameplan almost by itself. I could have allowed the Hookhand Mariner to trade without casting the Flame-Blessed Bolt, and hoped to outpace the tokens. I also could have not attacked at all. In the end, I made the choice that I believed led to my best chance of winning- the Dreaded One-for-Two.

There are other context-based factors that can mitigate the downside of plays like this, such as the presence of two-for-ones in my favor.Reckless Impulse is a great rate for card advantage, and a copy or two in my deck makes me less afraid of falling behind on cards as the game progresses. Threats of a similar bomb quality in my deck can help re-balance the scales by demanding a similar play from my opponent. I’ve found that something like Child of the Pack or Flourishing Hunter can be difficult for black-white to deal with outside of unconditional removal. Blood tokens from solid commons like Voldaren Epicure or Falkenrath Celebrants can provide card filtering of such high quality that it borders on late-game card advantage.

So, what do you think? Did I make the right play, or did I abandon conventional wisdom too easily? What are some similar plays from your own experience? We’d love to hear your thoughts over in the Draft Chaff discord, where nonsense like this comes up on a regular basis. If you want to learn more about times when it’s alright to one-for-two yourself (yes, there are a few), check out the episode of the podcast linked below. Happy drafting, and may all two-for-one exchanges be in your favor.

Andy Zupke pulls out five guests from the wedding of the centuries to lead new Commander decks. Or... maybe four guests, one frog? 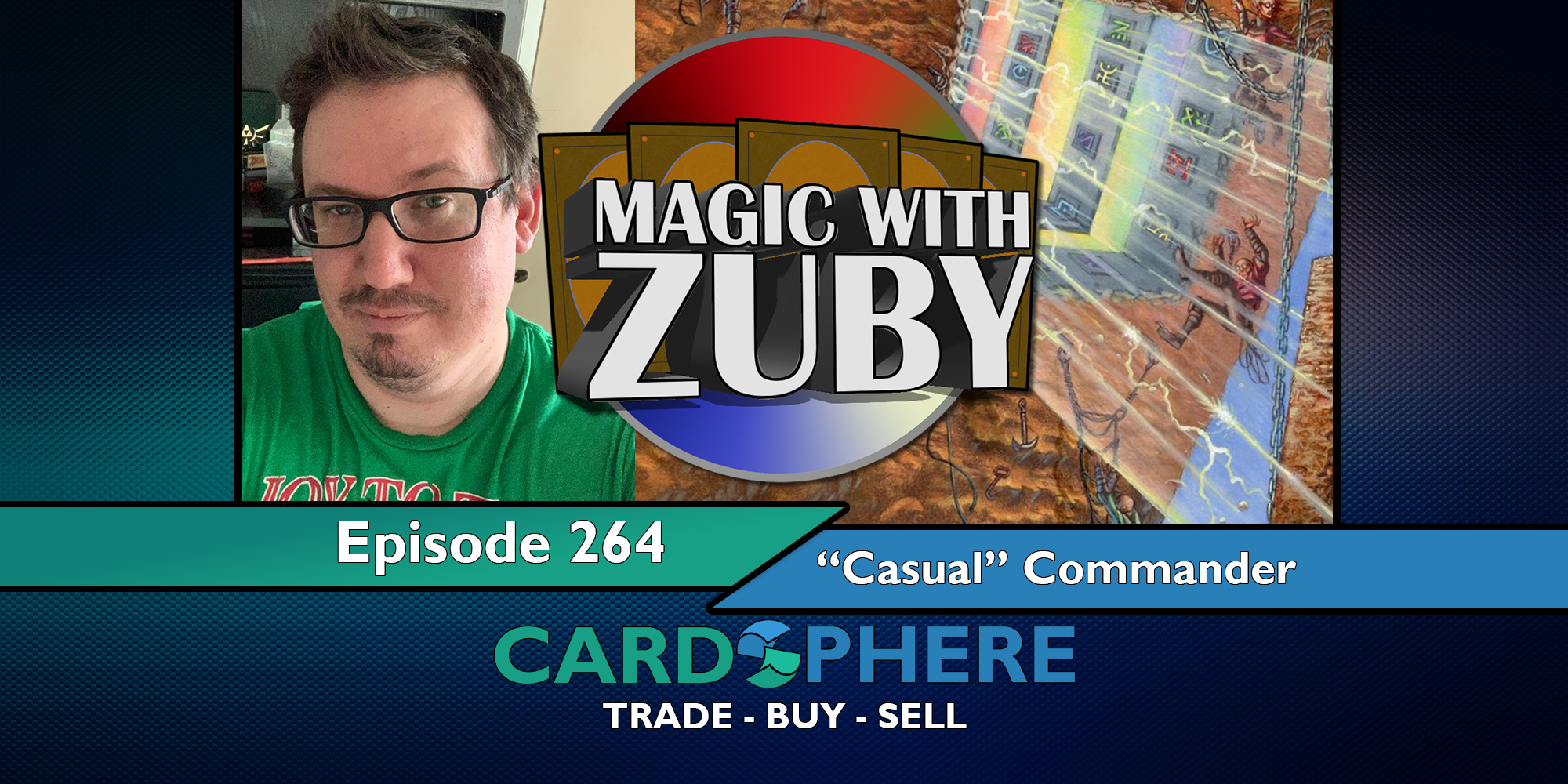 Zuby welcomes members of the Magic community back to discuss a recent controversy over what makes a "casual" commander deck.