Hello friends! It’s time for another Commander article here on Cardsphere. Today we’re taking a short break from Innistrad to talk to you about a deck I was forced to build. Not just forced. Cajoled. Wheedled, even. My Scrap Trawlers partner-in-crime Nick bugged me and harassed me to build a deck for a commander that I thought was no good. I thought it would be slow and clunky. I thought it would do almost nothing. But he was relentless. And so, to prove to him how bad it was, I brewed it. And I tinkered with it. I built it and played it and tinkered some more. And guess what, reader. I was wrong. This commander is very good, and I love this new combo-tastic, balls-to-the-wall deck that I’ve built. It’s Gnostro, Voice of the Crags.

Gnostro is a white, blue, and red 3/3 chimera that taps for a modal ability. You can gain X life, Scry X, or deal X damage to a target creature, where X is equal to the number of spells you’ve cast in the turn. As you can probably guess, tapping for just one or two won’t cut it. In order to get the most out of Gnostro, we gotta cast a lot of spells. Which means we’ll need a large amount of cheap spells, card advantage and cantrips, ramp, and ways to untap Gnostro so we can activate them over and over.

At first glance you might think that having a modal commander would lead to a disjointed deck that tried to do too much. I know that’s what I thought, and a big part of why I dismissed the commander. But as I built the deck, I began to see how all the different modes actually work together extremely well

To understand the paths to victory, we’ll look at how each mode gets us there, starting with the life gain. It was pretty late in the tinkering when I realized that the life gain mode was very similar to another very powerful card, Aetherflux Reservoir. So, of course, I threw the Reservoir into the deck. With both Gnostro and the artifact giving us life for each spell we cast, we’ll get to that critical 50+ life total we need to death lazer our opponents. And even if we don’t have Reservoir out, the life gain can be a crucial buffer against aggro opponents.

The Scry ability allows us to filter through our deck to get to the spiciest morsels. Proper sequencing in this deck is crucial to success, so stacking our top deck the way we need will be invaluable. Or if we’d rather just draw all of those cards, then we’ll use Eligeth, Crossroads Augur, which turns Scry effects into draw effects.

Dealing damage to a creature is a great way to take out enemy combatants. But I really wish we could deal that damage to our opponents instead. Oh wait, you all didn’t forget about my goblin boyfriend, did you? That’s right, Brash Taunter is here, and it’s one of the best cards in the deck. He turns Gnostro’s damage ability into a win condition, all while shaking his fist and calling you names. No Taunter? No problem. Let’s use that damage to draw cards instead with Swans of Bryn Argoll. They'll soak up as much damage as Gnostro can dish out and help you dig through your library in the process. Flumph is also here as a weaker version of the Swans, but the jellyfish is really good in the early game.

Just activating Gnostro once per turn isn’t enough. We need as many activations as possible to do any good. So we’re throwing in several ways to untap Gnostro or to copy their abilities. Let’s start with what is, arguably, the most important card in the deck. And that’s Jeskai Ascendancy. This enchantment will untap all of our creatures whenever we cast a noncreature spell and give them +1/+1. It has a second optional ability of drawing and discarding a card. This second part is fantastic if we’ve got a handful of lands. Not so much if we’re short on cards.

For an untap ability on a creature, we’ll look to the Chakram Retriever. Then of course we’ll have some instant spells, like Djeru’s Resolve, Twiddle, Burst of Energy, and Cerulean Wisps. And we can’t have a spellslinger deck without the infinite combo of Dramatic Reversal and Isochron Scepter. Then there are artifacts that untap Gnostro, with Magewright’s Stone and Thousand-Year Elixir, and even a land that will do it, with Minamo, School at Water’s Edge.

So with the repeatable effects like Jeskai Ascendancy and Chakram Retriever, we’ll be able to activate Gnostro every time we cast a spell (or noncreature spell). Or twice per spell if we have both. We’ll also include Illusionist’s Bracers and Rings of Brighthearth to copy the abilities if we haven't got any untappers.

What’s better than having a hand of cards? How about another? Underworld Breach is going to be our best play in the late game when our graveyard is already full of cheap spells to cast. But the Escape requirement of exiling three cards is steep. So we'll toss in a Brain Freeze. Get your graveyard full to the brim of cheap spells and lands you don’t mind exiling, and you’ve got yourself a way to cast spells in the double digits on a turn. And since you can cast Brain Freeze over and over, you can also use it as an alternate win condition for Milling out your opponents. If we can’t get to Underworld Breach, an Overloaded Mizzix’s Mastery will be a decent substitute.

All of this will require a ton of mana, though. So we’ll need lots of rocks, like Arcane Signet, Fellwar Stone, and Chromatic Lantern. Lotus Petal is fantastic with Underworld Breach since you’re getting net positive on mana with it. Treasures will also be significant in the deck, so we’re including Smothering Tithe, Storm-Kiln Artist, and Dockside Extortionist, with Snap for getting Dockside back for free to re-cast for more treasures. Then Windfall will fill your hand and grave, as well as provide you some extra treasure with Smothering Tithe.

We’ve got plenty of cheap draw spells and tutors, like Mystical Tutor, Enlightened Tutor, Esper Sentinel, Opt, Preordain, and Faithless Looting. Land Tax helps make sure we’re hitting our land drops and also provides some Escape fodder for Underworld Breach if we discard those lands to get down to hand size. And Sunbird’s Invocation can give us a free spell whenever we cast something from our hand, which is another way Gnostro’s Scry ability comes in handy.

Lastly, we’ll need ways to protect ourselves. Call the Coppercoats and Shark Typhoon give us blockers, although an army of flying sharks is a decent win-con in a pinch. Ghostly Prison and Propaganda prevent us from getting attacked by massive armies. Boros Charm and Swiftfoot Boots protect our permanents. Fierce Guardianship stops people from messing with our plan. And Deflecting Palm sends some damage back.

The Crags Have Spoken

Here’s the full decklist and a link to Archidekt for playtesting:

So I managed to take this seemingly ho-hum commander that not a lot of people gave a second glance to, and turned it into a powerhouse. The power level of this one is really contingent on how much interaction your opponents are running. We don’t have many counterspells, so this deck is pretty low power in a high interaction pod, and absolutely insane with low interaction. We definitely want to be somewhere in the middle. Rule Zero wisely.

All right friends. There you have my little reprieve from new sets. Let me know what you think by finding me on Twitter at @AndyZupke. You can also catch me streaming budget EDH on Sundays at 7:30PM Central at twitch.tv/scraptrawlers. Check back next time as we start diving into the new cards from Crimson Vow. Until then, take care. And play lots of games! 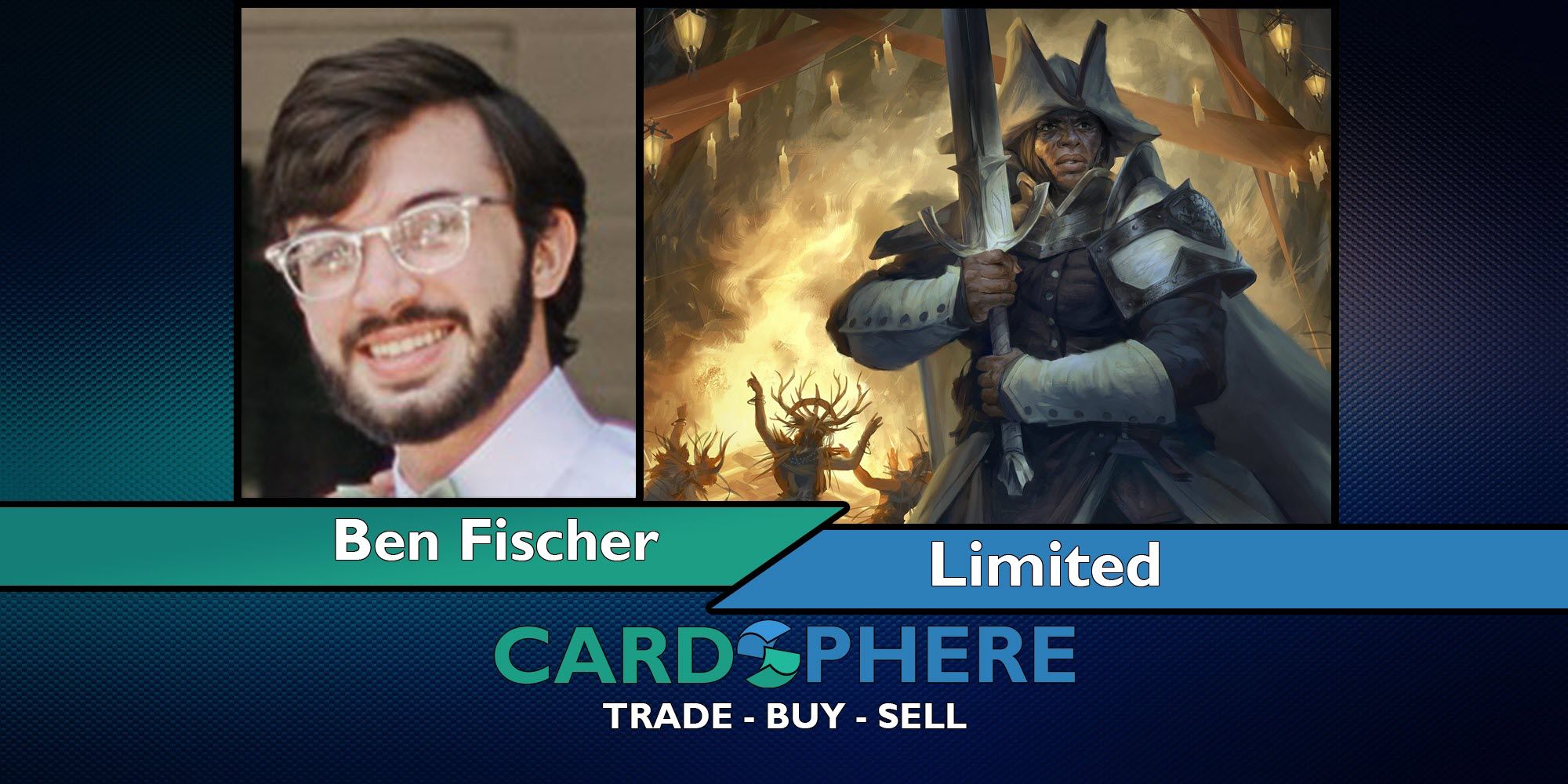 Happy Halloween(ies)! White got something very unique in Midnight Hunt limited: card advantage. I’d like to take a look at some of the best white common creatures of not only the set, but of recent memory. Mmmmmm... I can already smell the hot dogs. 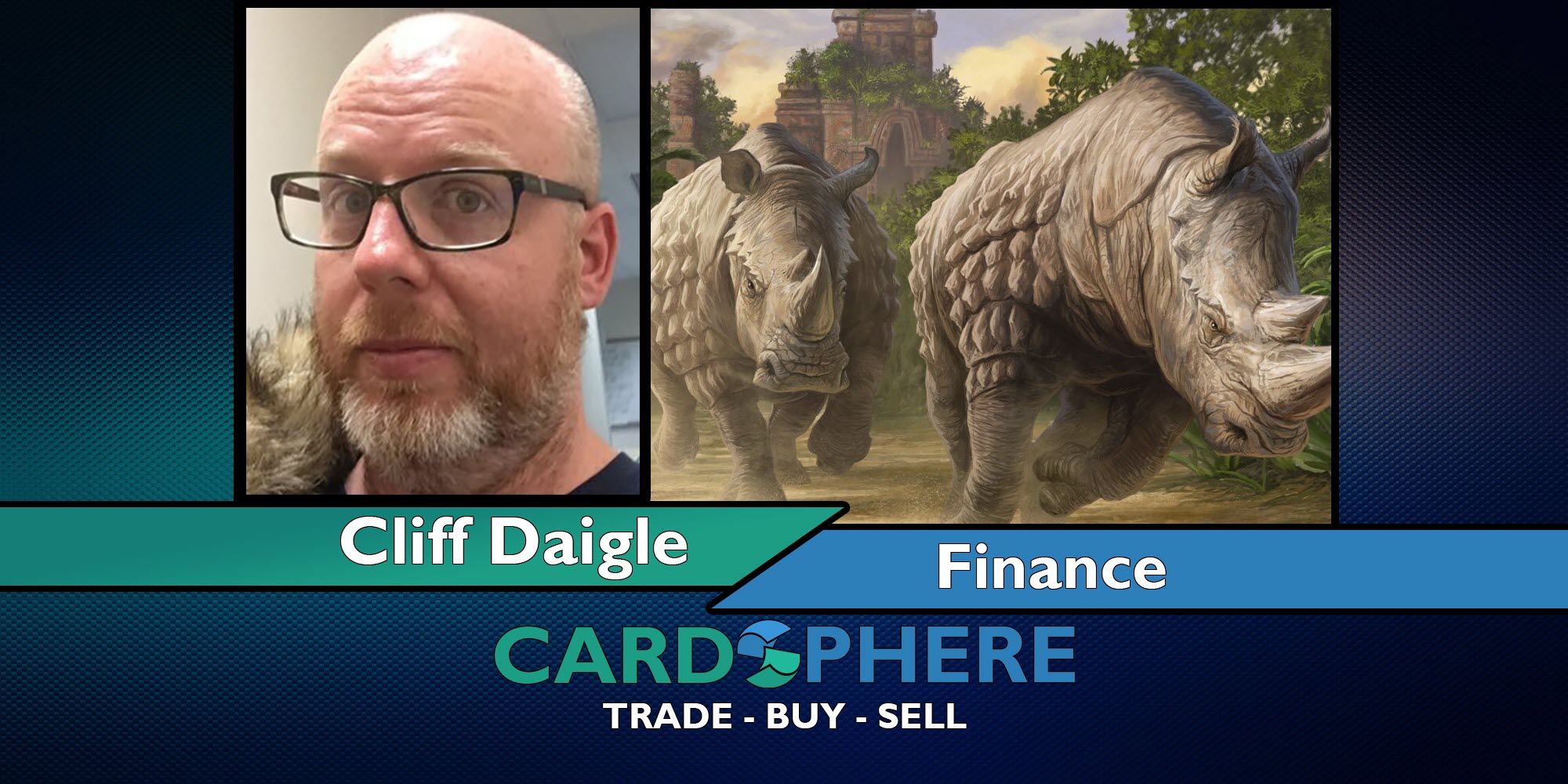 Cliff Daigle takes a look at some cards worth picking up as in person play begins to pick up across multiple formats.

Trading Posts
—
The Deck I Didn't Want to Build
Share this