The color pie is one of the defining characteristics of Magic, with each color bringing different strengths and weaknesses to your deck. While modern sets tend to have gold Uncommons to point you in the right direction, it is still important to understand what each color is trying to do on its own, as it will help you maximize your cards and synergies. Additionally, there are patterns that can be observed from set to set, and deviations from these patterns will help you recognize when a color is a cut above or below the rest.

The goal of this article is to help you better understand the fundamental building blocks of Limited Magic, so you can formulate better gameplans and play to your strengths. In an attempt to reach my mandatory article cliche count, I'll end the intro with a quote from The Art of War by Sun Tzu:

Understanding is the key to victory.

White tends to skew towards aggression in Limited, thanks mainly to high powered early drops and evasion in the form of flying (with a card like Gustwalker being the perfect example of both). This aggression lets White decks defeat opponents with higher power simply because opponents don't have time to deploy all their cards! In addition to Flying, White relies on temporary measures to enable its attacks, with cards like Snare Tactician, Territorial Hammerskull, and Pegasus Courser being prime examples of cards that facilitate attacks or provide temporary evasion. The scariest White curveouts can feel almost impossible to beat when they include cards like this because it is just so difficult to block. Additionally, White decks benefit from tokens and go wide synergies, combining cards like Raise the Alarm with mass pump spells like Inspired Charge to sweep past blockers with fewer numbers.

However, White is not without its weaknesses. Removal is often weaker than it looks, with cards like Pacifism suffering when opponents have ways to get their creature back or remove the Aura. White's alternative removal is situational damage in the form of cards like Impeccable Timing or tappers like Checkpoint Officer which are usually clunky or easy to play around. White also suffers from trying to do too much, often having a portfolio of Commons that is too balanced between control and aggro, making it weaker when trying to do either one well. In Throne of Eldraine, White decks were aggressive across the board, and a card like Ardenvale Paladin was just out of place.

Finally, when you are adding White to your midrange or control deck, make sure you have card advantage from your other color, because White does not have access to card draw or value, making it worse in extended games. The worst case scenario is a midrange White deck with little value, as you do not kill your opponent quickly and a couple copies of Divination from your opponent can start to snowball a game out of your control.

Blue is a strange color because it includes a mixture of tempo and card advantage, making it flexible in its playstyle, though it will usually be controlling. A typical Blue playstyle is stalling the ground with low power high toughness creatures like Corridor Monitor, and then winning the game with card draw and evasion. However, the prevalence of cheap bounce effects in Blue can combine with its Flyers to let it play an aggressive role where it keeps the opponent off the board for just long enough to cross the finish line.

As another angle of attack, Blue often features instant speed trickery that makes it difficult to play against, such as in Theros Beyond Death where the combination of Deny the Divine, Thirst for Meaning, and Vexing Gull made it hard to predict what was coming. It's not all upside though, as Blue's biggest weaknesses are creature sizing and dealing with threats once they hit the board. Since many of Blue's creatures have additional abilities, they are usually a bit smaller, making them weaker at blocking or racing on the ground. Also, while Blue sometimes gets access to enchantment removal like Capture Sphere, it is usually expensive, making it hard to stop an opponent that is curving out with cheap threats. Countermagic is also something that Blue is known for, as a well timed counter can be an answer to anything, but the counters printed for Limited are often clunky or narrow, so in many formats you will not be able to play them. Blue being a slow color also hurts it in the fast matchups, where missing a two drop or taking a turn off to cast card draw can spell death against a proactive opponent.

Black often gets the best removal, but it pays the Ultimate Price when it comes to creatures. Due to the importance of removal in Limited, Black is a component of decks across the aggro-control spectrum, ranging from Red Black beatdown decks using removal to clear the way for attacks, to control decks that surgically destroy key threats presented by the opponent.

Black often gets access to card draw or graveyard recursion effects as well, so it can try to keep up with Blue decks on that axis, even though the cards are generally less efficient or cost life to use, which makes them worse in aggro matchups. Black's big weakness is creatures, as they are typically a bit smaller and lack good keywords for attacking. Evasion is often a weak point as well, as Black Flyers are not the best and the Menace is relatively easy to play around. In many sets Black relies on Deathtouch creatures to stabilize the ground, which is another mechanic that makes Black a poor color for attacking. Black usually gets two removal spells at common, one that is more expensive and unconditional, and one that is cheaper and more situational. If these removal spells line up well with the format, you are often going to be in good shape playing Black, and if they are too clunky you will be in trouble.

For example, in Theros Beyond Death, Black was the powerhouse color because it actually got access to solid creatures up the curve and it had the powerhouse duo of Mire's Grasp and Final Death which both lined up well with the format. However, in Core Set 2021 Black struggled due to the lack of good 2 drops (Fetid Imp was not well positioned) and the fact that Finishing Blow was too clunky in a format where the threats were usually 2 or 3 mana. The cheap removal spell, Grasp of Darkness, was excellent, but the support was not there to build heavy Black decks so it got a big downtick for being hard to cast. Overall Black plays a delicate balancing act in Limited, so be on the lookout for when things swing a little too far in either direction! If the creatures are there to support the removal, Black is set up to thrive.

Red is known as the fast color in Limited, and for good reason! It usually features the best 2 drop creatures, a mix of combat tricks, and two different damage-based removal spells to help push damage. While it can play a more controlling game when paired with Blue's card draw or Black's recursion, it usually contributes best towards an aggressive gameplan. This focus is one of Red's great strengths, as Red cards usually have high synergy with other Red cards because they are all focused on the same goal of killing the opponent quickly. Like Black, Red usually gets one cheap removal spell and one expensive one, both dealing various amounts of direct damage to creatures (and sometimes players). Be on the lookout for how these damage numbers line up with the format, because as the key toughness point on creatures changes, so too does the effectiveness of these spells.

For example, Shock can vary from a premium pick to a mediocre card based on whether the format features 2 toughness creatures that need to be killed. Similarly, if 5 toughness is the breaking point for the more expensive cards, a card like Chandra's Revolution loses a lot of its luster. Red tends to pair well with White, where the overlap between cheap creatures leads to what is typically the most aggressive archetype in the format. When a Red deck is best it will usually involve efficient removal, good cheap creatures, and some sort of reach that is hard to interact with (like a creature that can ping the opponent). This taxes the opponent's removal and makes your creatures more effective in the lategame where they would typically fall off in power.

When Red decks are weak it is because the tools to combat aggro are in the format, sometimes in the form of good cheap removal or lifegain. Red is not equipped with a lot of inherent card advantages, so it will struggle in prolonged games. In cases these formats, using Red as a supplement color for its removal is a fine solution.

Green is known for having big creatures, and it often gets to play those creatures ahead of schedule with its ramp spells. While the removal in modern Limited has improved to the point where simply slamming a Colossal Dreadmaw, will not just end a game, it can still be a big source of wins for decks that are unprepared or that don't draw their removal in time.

Another major area where Green thrives is mana fixing, which lets Green play the best cards from other colors without losing too much consistency. The cards that fix mana are often the same cards that ramp mana, letting Green accelerate threats out ahead of schedule even when it is not splashing around. However, Green is a color that needs the right proactive tools because it lacks quality interaction. Relying on fight spells like Prey Upon or "punch" variants like Rabid Bite to kill opposing creatures makes it especially weak to spot removal, as opponents can blow you out by using their instant speed removal on key targets.

There are also the problems of picking up fixing and never finding something splashy, or ramping to a ton of mana with no payoff. These are Green's struggles, not having access to card selection to shape its draws. When trying to see if Green is good in a format, look for good fixing and top end cards, but then also check to see if there are overstated creatures along the curve to help Green make up for its lack of removal. Creatures are often the best way to interact with your opponent anyway, so cards Fierce Witchstalker or Drowsing Tyrannodon can force your opponent into making awkward plays. If you are trying to build a more midrange Green deck, prioritize card advantage in your second color, or take engine pieces like Trail of Crumbs higher to make up for the lack of card advantage in Green.

Well that just about does it for this article. Hopefully learning about what each color brings to the table will inform your choices and help you build better decks. There is often a tendency to make your draft deck by assembling a random assortment of cards, but when you understand what your deck is trying to do at a macro level you will reap the rewards. 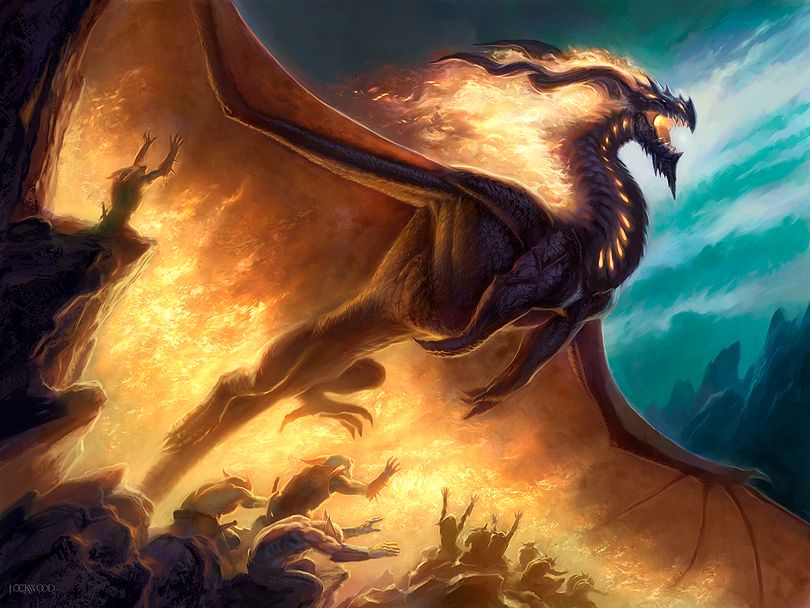 This week we brought on prolific Commander/EDH writer Bennie Smith! Bennie Smith is best known for his EDH articles over at Star City Games where he writes a weekly column about Commander. 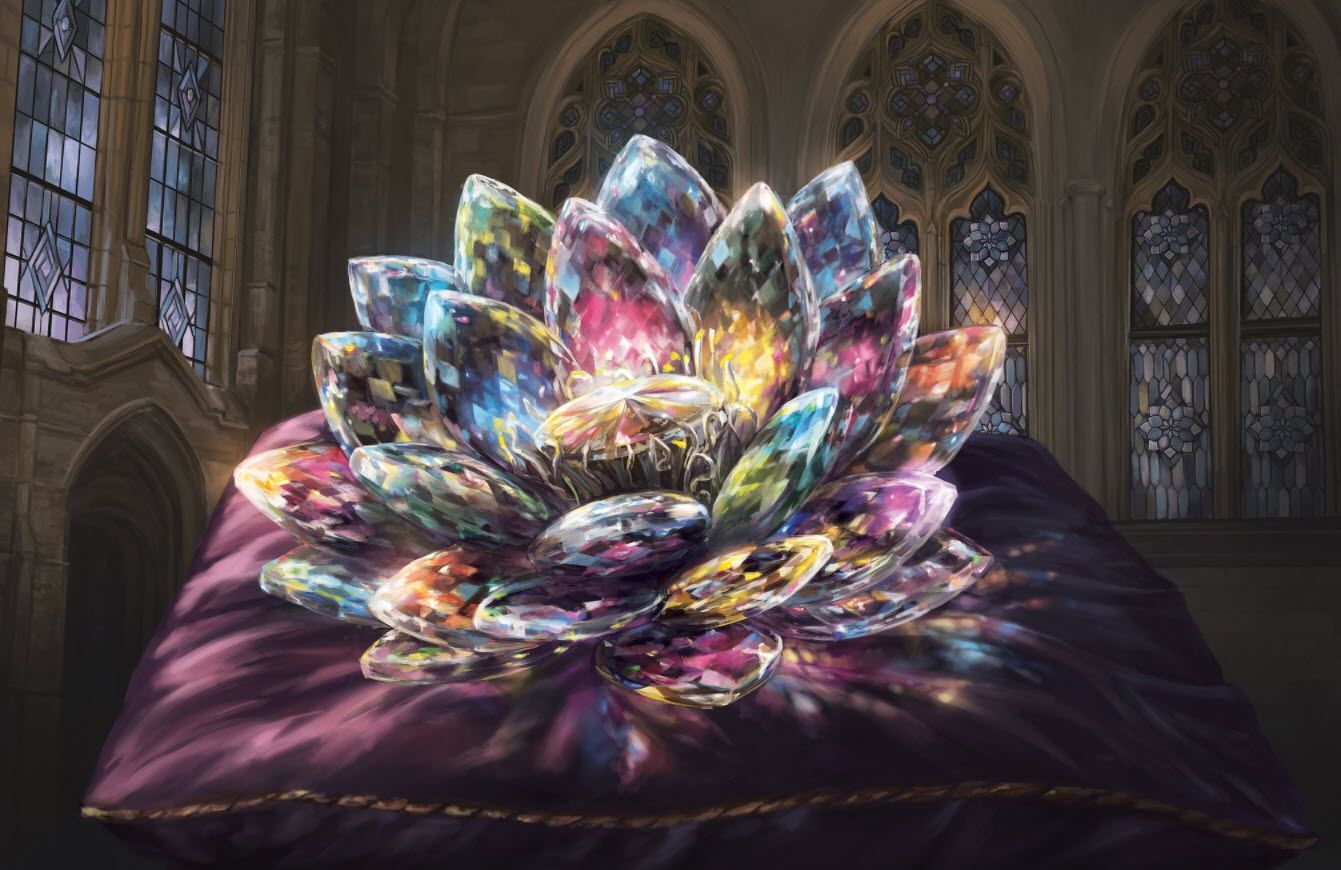 The massive price drop of Jeweled Lotus should have been predictable. Cliff Daigle compares it to other times we should have learned our lesson.

Trading Posts
—
The Color Pie in Limited
Share this