Just a little over a month ago, like most Magic players, I watched the World Championships during which Paulo Vitor Damo Da Rosa piloted his UW Control list to the title. Going into the tournament, many had called Temur Reclamation or Jeskai Fires the "best deck in the format"; I had a personal inclination towards Jeskai Fires, and I had picked Gabriel Nassif as my "Find Your Champion" contestant, so I was somewhat invested in the deck. While Nassif finished in the Top 4, Jeskai Fires still made it to the Finals via Marcio Carvalho.

Why am I mentioning all this? Well, because it led me to conduct a little experiment: what if I were a tabletop player with Jeskai Fires fully built, but after watching the World Championships I wanted to switch to UW Control? What would be the most efficient way to do that?

Most players would think of using the trade-in options that some big vendors offer: sell them your cards at their buylist prices, factor in a trade-in bonus of 25-35% depending on their current offer, and use that store credit to get what you need for your new deck. But what if there was a way to stretch your dollars and make them worth even more than what a trade-in bonus gets you? With some little work, could Cardsphere realistically net you more value for the cards you are selling and help you find what you need for cheaper than retail? This is what I am going to try and highlight through this experiment.

In the following, I am making a few assumptions:

I would also like to point out that, while I am a contributor to Cardsphere via these articles, I was given free reign to report on this undertaking after suggesting it as an interesting case study of the buying power of players when it comes to buylisting. I am looking at it only within the context of the experiment described above and am just following where the numbers lead me.

Step 1: Selling out of Jeskai Fires...

This is the part that requires a little extra work: while selling to CK is simple and straightforward (add cards and quantities to sell cart, then send everything in one package), using CS  as a selling platform is a little different. CS allows its users to set up their own buylist prices as a percentage of the market price for a given card, with a hard dollar value limiter preventing one from paying more than that limit. Once they have enough funds available (either via direct deposit or for having sent cards to other members), their names will appear in the list of potential buyers for the cards you have added to your Have List.

For the intent of my experiment, this means I have to try and minimize the number of packages I send in order to minimize the cost of shipping: even if it is just a plain envelope and a stamp, it can accumulate rather fast if I don't keep track. At times this can lead to having to accept a lower offer for a playset than if I wanted to sell singles, but I would need to find four different buyers for the higher offer which would be even more time consuming (and not necessarily worth the effort).

I kept track of the prices I would get on each platform, and compiled it all in a spreadsheet for comparison:

What about the shipping costs? Sending the whole deck to CK should be about $10 (for a tracked padded envelope) and piecing it out through CS would come to $15 ($0.60 for stamp and PWE per line in the decklist above, with the exception of basic lands), which would leave CS still ahead of CK for the cash out option, $259.83 to $234.83.

The math above is only valid if I sell the whole Jeskai Fires list, but since I want to move to UW Control it makes sense to keep the cards common to both decks - especially when those are some of the priciest in Standard right now. And yes, Teferi, I am definitely looking at you...

With this in mind, the revised "selling" spreadsheet can be updated to the following:

This time, CS is ahead in both store credit and cash out options. This makes sense, and highlights two key things:

For the spreadsheet above, I pushed this reasoning to the extreme by keeping all Shocklands (Hallowed Fountain, Steam Vents, Sacred Foundry), a move that most players are likely to do if they intend to try Eternal formats at some points, be it Pioneer, Modern or even EDH. Despite that, my CS ledger would still show $77.51 compared to CK's best store credit offer of $69.81. Let's now see how close those balances get us to the full UW Control list.

Step 3: Get what is needed for UW Control

Here too there are differences between the platforms: over on CK, I add the cards I need to a cart, checkout, pay, and I'm done. On CS, as I mentioned previously, I have to set up a purchase price that will make it very likely that cards will be sent my way. To that end, I just look up the most recent transactions for each card I would need for UW Control and use this in the spreadsheet as the price I would set in my Want List. Which leads to this acquisition sheet:

Again, we see how valuable it is to be able to keep cards like Brazen Borrower and Teferi, Time Raveler; also remember that those are prices from roughly two weeks ago, so do not be surprised to see Absorb priced so high since it was at the peak of UW Control's popularity. Looking at the numbers, the picture is quite clear: acquiring the cards I would need to finish my new deck would come to $65.46 on CS when CK would be asking $115.37, nearly twice as much!

Ah, but not to worry, I've got all that store credit to put to good use! Let's see:

See where this is going? Let's now calculate the total out of pocket cost to move from Jeskai Fires to UW Control:

The numbers speak for themselves: acquiring UW Control from Card Kingdom after owning Jeskai Fires would cost me over $56, but only $7.8 if I tried to do the same thing on Cardsphere! The biggest difference in the cost of the new deck comes from having to purchase the "hot" cards (at the time) needed for UW Control: Absorb, Temple of Enligthenment, Castle Ardenvale, one extra Hallowed Fountain and (surprisingly) three copies of Aether Gust for the sideboard. In the case of the Temple, it is nearly 66% cheaper to get them on CS than on CK.

I hope this whole exercise helped showcase what can be done when using Cardsphere as a purchase platform. It essentially allows you to set up your own buylist just like if you were a regular vendor, and get cards for much cheaper than retail and even TCGplayer on some occasion. I find it particularly efficient to move in and out of Standard archetypes, but it also helped me finish foiling out a couple of Modern decks.

One more aspect I will be keeping an eye on in the near future is this fall's rotation: with Shocklands moving out of the Standard metagame, there will certainly be very good opportunities to finish your ten playsets if choose to do so, and I would encourage you to use Cardsphere to find the last few cheap copies you need. 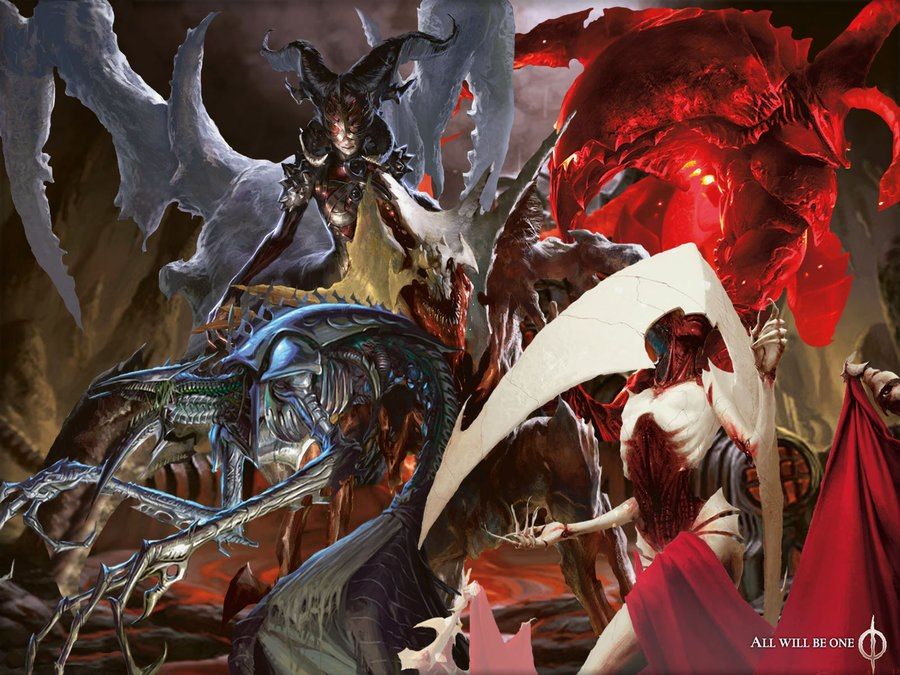 Five Praetors, Five EDH Decks, Which One Will Conquer? 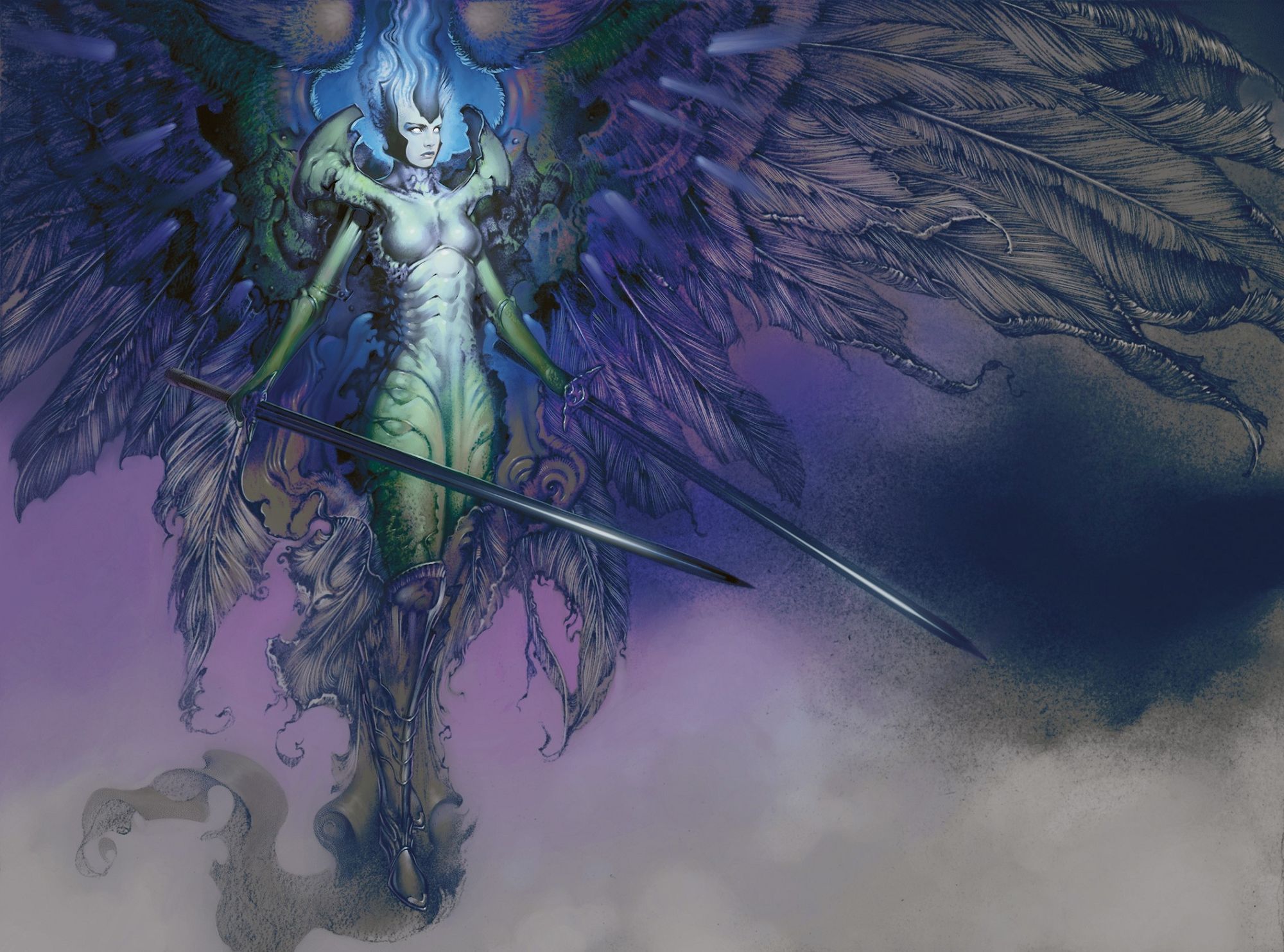 Ted shares information on the impact of Covid-19 on the Cardsphere community.

Trading Posts
—
The Case for Cardsphere vs. Buylisting
Share this