Hey friends! Welcome back to another Commander article on Cardsphere. It’s an exciting time for us Magic players because we’ve got another new set coming to us. Granted, that does happen a lot. But it’s still exciting, no? The new set is Kaldheim, and not only is it based on Norse mythology, it’s also Metal AF. I’ve had Led Zeppelin’s Immigrant Song running through my head all through preview season. The art is beautiful (SERIOUSLY), the atmosphere is rich, and the cards are fantastic. So today, we’re going to run through Kaldheim’s best cards for Commander.

A quick note before we start. There are some great cards in this set that I’m not going to mention here. The aim of this article is to look at cards that are generally good in Commander, not just for specific types of Commander decks. For instance, even though Tyvar Kell is a fantastic and powerful card, you’re only going to play it in Golgari elf tribal. I’m looking for more universal appeal. Here we go!

Birgi, God of Storytelling // Harnfel, Horn of Bounty - I’m mostly digging the Horn of Bounty side here for giving some really serious card advantage. But the creature side certainly is worth taking a look at for Storm decks. Definitely considering this one for my Kykar, Wind's Fury equipment deck.

Esika, God of the Tree // The Prismatic Bridge - Esika is possibly the best God tribal and Legend tribal commander we’ve seen. And the enchantment side is just so good. I expect to see this in a lot of 5-color decks.

Kardur, Doomscourge - Goad is a fun and powerful mechanic, and while it’s not specifically called that on the card, that’s what this guy does to all your opponents’ creatures on ETB. And with being in black, you have ways of recurring that effect with cards like Malakir Rebirth // Malakir Mire. The second static ability is really unique, and I’m interested to see what people can do with it.

Koma, Cosmos Serpent - The mana cost on this one is hefty, but there’s some serious power here nonetheless. It’s going to be great for dealing with threats on the board, as long as they don’t have Hexproof.

Orvar, the All-Form - This one's got a lot of people excited. Making copies of your permanents when you target them with instant and sorcery spells is a really cool design, and seems like it would be a lot of fun to brew. Isochron Scepter will certainly find a home in the 99 of any Orvar deck. The second ability seems superfluous, but it’s a great card regardless.

Svella, Ice Shaper - Pay 3 to make a Manalith every turn? Sounds decent! But getting a spell from the top 4 cards of your library sounds even better. It’s not a cheap activation cost, for sure. But red and green don’t usually have trouble making a lot of mana. Especially if you’ve been making Manaliths for the past several turns.

Tergrid, God of Fright // Tergrid’s Lantern - Every set has at least one card that makes the more casual side of the Commander community groan. Tergrid is definitely that card for Kaldheim. She’s an It That Betrays, except way better. She’s cheaper, and she gives you permanents that are discarded as well as sacrificed. She’s very powerful, and probably going to be easy to make into a very strong Commander deck.

Toralf, God of Fury // Toralf’s Hammer - My first thought when reading this card was Blasphemous Act and Star of Extinction. But there’s a problem. This god ain’t Indestructible. You’re going to need him to survive those spells. So load the deck up with stuff like Hammer of Nazahn and Darksteel Plate. Or run him with Tajic, Legion’s Edge.

Valki, God of Lies // Tibalt, Cosmic Imposter - This card had me grinning pretty hard when it was revealed. The Valki side is…. okay. I think you’ll frequently find that you’re either not hitting any good creatures to copy, or none at all. The Tibalt side is what I’m really excited about here. He comes with a very chunky 7 CMC price tag, but you immediately get an emblem. No ultimate required! It has 3 exile effects on it, and you can play any cards that you exile with it. Very excited for this one.

Varragoth, Bloodsky Sire - Vampiric Tutor on a creature (without the life loss). And it’s a repeatable effect. Granted, you have to attack. But the CMC on Varragoth is so low that I really don’t think it should be a problem if you have to recast it. Great on its own, or perfect in Vaevictis Asmadi, the Dire.

Vorinclex, Monstrous Raider - What’s this guy doing here?! Storywise, I really don’t know. But it’s one hell of a card. Doubling all of the counters you make and cutting in half all of the counters your opponents make. This one is going to see a lot of play. Expect to pay a few pretty pennies to pick one up.

Battle Mammoth - Great for stompy decks who tend to get beat up in pods with a lot of removal effects.

Burning-Rune Demon - Rune-Scarred Demon’s grown up. This new demon costs one less and gets you two cards instead of just one. Yes, one of them will end up in the graveyard, but that shouldn’t be a problem in black. Right?

Cosmic Intervention - Here’s one from the set’s Commander pre-cons. This is a pretty amazing protection spell, especially with that Foretell ability allowing you to cast it for only 2 mana at the time when you’ll actually need it.

Doomskar - I think we may be looking at one of the best board wipes ever printed. That’s about all I can think to say about it.

Draugr Necromancer - Yes, I do enjoy casting other people’s stuff. How can you tell? Also, this shuts down other players’ graveyard strategies by sending all of their dying creatures to exile.

Eradicator Valkyrie - Your opponents are gonna hate this, and it might not last long. But if you can protect it and get a few attacks with it, you’re probably gonna be doing pretty well. Excellent with any sacrifice strategy decks, like the new Juri, Master of the Revue or Mazirek, Kraul Death Priest.

Glorious Protector - It’s no Teferi’s Protection, but what is? Play this in response to a board wipe or any situation where you’re about to lose important creatures. It’s pretty sweet, and I’m excited to pick up a couple.

Goldspan Dragon - Double your treasure, double your fun. This is a very good dragon.

Hero of Bretagard - The Hero is going to be a powerhouse in any blink deck, like Brago, King Eternal or Roon of the Hidden Realm.

In Search of Greatness - Expect great things from this one. Get it? Seriously though, this card is crazy. Windmill slam into my Goreclaw, Terror of Qal Sisma deck, for sure. Keep in mind, there will probably be a lot of times when it does nothing. But those times when it works, it’s gonna be fire.

Mystic Reflection - Yeah, everyone’s talking about Avenger of Zendikar and Master of Waves. But don’t forget that this card doesn’t just work on your creatures. You can really shut down another player by having their commander enter the battlefield as a different creature. That’s probably going to be my main use for it. Up against a commander that can’t be countered? No problem.

Realmwalker - Casting cards from the top of your library is always great for card advantage. This can find a home in most tribal decks with green.

Reflections of Littjara - We got a real winner here. Not as powerful as Kindred Discovery, mind you. But still a truly great tribal card. I expect to see this in a lot of merfolk and wizard decks going forward.

Rise of the Dread Marn - Here is another excellent response to board wipes. Especially since you’re playing black and likely the one to be doing the wiping. Instant speed for just one black if you used its Foretell ability. It doesn’t get much better.

Showdown of the Skalds - This is a great Boros card, my friends. Card advantage one turn, then pumps your creatures the next two turns. I dig this a lot.

Spectral Deluge - A much cheaper Scourge of Fleets, and another fantastic card from the Commander pre-cons. I think you can find a home in almost any mono-blue deck for this card. Yeah, it’s sorcery speed, which certainly weakens it. But it’s still going to be really strong late in the game.

Binding the Old Gods - Not only is this card amazing for its art (this is actually a picture of a real wood carving), but it’s also a really good card for its effects. A lot of sagas have maybe one or two good stages, but with Binding, you’re getting some great effects on all three.

Poison the Cup - If Murder wasn’t obsolete before, it most definitely is now.

Snakeskin Veil - All right, it’s no Heroic Intervention. But still, I’m a huge fan of efficient protection spells like these. I’m definitely going to be running a lot of these in my budget decks.

Maskwood Nexus - I really dig this one, and I can see a lot of uses for it. Because sometimes you build a deck focused on one creature type, but you need to add a few outliers for one reason or another. Or maybe you have a tribal tribal deck. I really like this in my Tazri, Beacon of Unity deck.

The World Tree - Another great mana fixer for 5-color decks. Plus the added bonus if you’re running gods.

The Pathways - Glad to see the cycle completed so quickly.

Snow land duals - Here’s a big surprise, lands with two different basic land types on them... at common! Yeah, they enter tapped. But they’re still fetchable. And that’s worth something.

The uncommon lands - I honestly don’t know what to call these. They all tap for one color, but if you put two colors into them and sacrifice them, you get a pretty decent ability. Axgard Armory, for example lets you search for an aura/and or equipment card in your library and put them into your hand. That’s a really solid effect, especially in the late game if you’re running out of steam.

That’s all I’ve got for you from Kaldheim. What did I miss? What awful cards did I include? Come find me on Twitter at @AndyZupke and let me know! I’d love to hear from you. You can also catch me streaming budget EDH over at twitch.tv/scraptrawlers. Check back in two weeks for more Kaldheim goodness. And if you behave, I might have a deck tech for ya.

Cardsphere invites Lynch and Joseph from I Hate Your Deck and community member PrettyPrincessKitty to join them choosing some picks from Kaldheim. 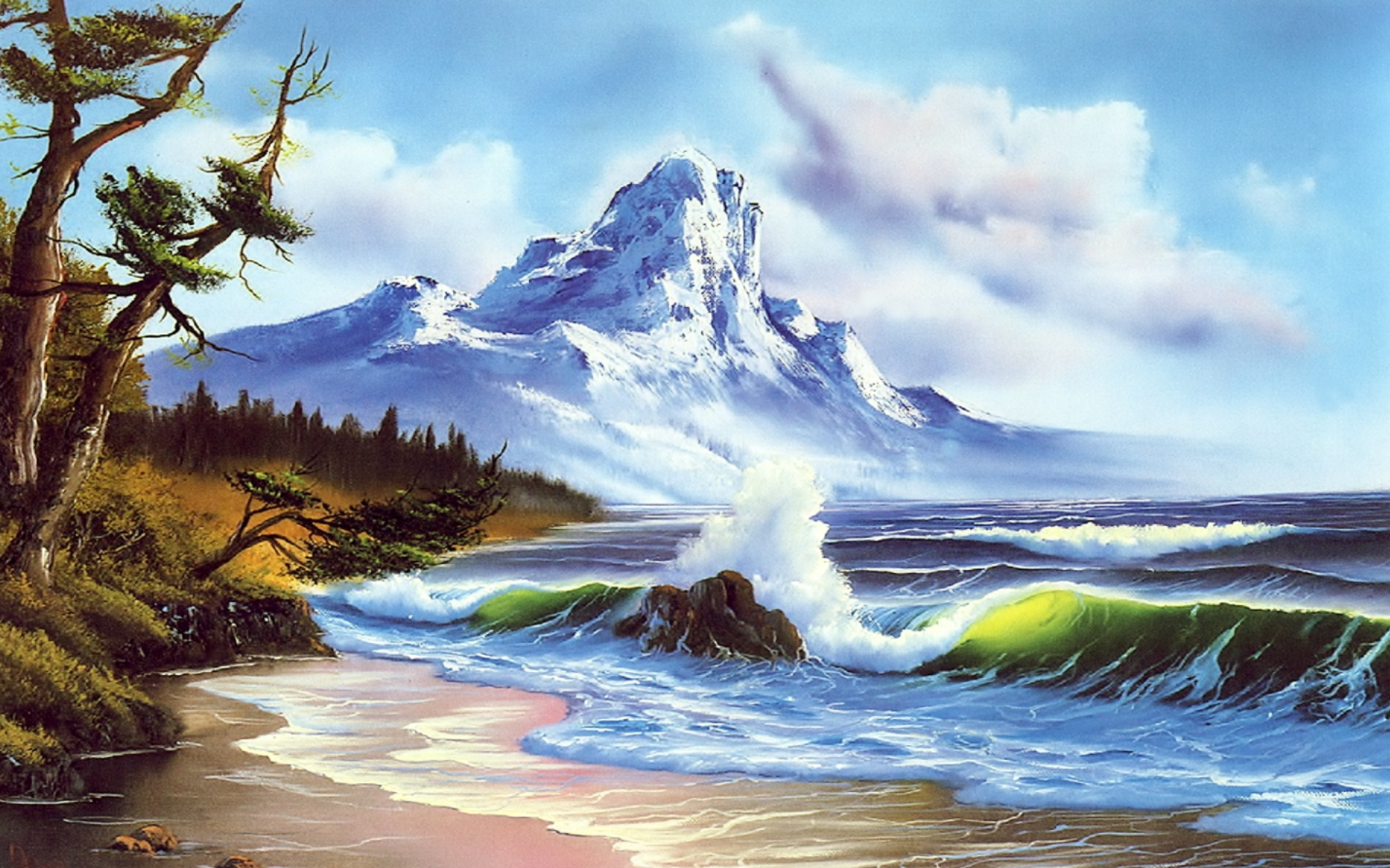 Cardsphere users can now opt-in to making their Haves visible to other users. Details inside.

Trading Posts
—
The Best Kaldheim Cards for Commander
Share this