It’s the first week of Theros Beyond Death, and I’ve been diving in head first to both draft and sealed in preparation for the upcoming Grand Prix in New Jersey. There’s a lot to unpack in the early days of a format and getting a sense for what the archetypes look like can be challenging. So, this week I’ll be breaking down one of my early front runners for favorite color pair in the format: Rakdos Sacrifice.

This deck is incredibly versatile. At its core, it’s the classic “Steal and Sac” archetype we’ve seen from Rakdos in many sets past. Portent of Betrayal really and truly ties the deck together (though it is certainly functional without it). The Act of Treason variant allows you to turn your sacrifice outlets, which you’ll want plenty of, into removal spells. Steal your opponent’s creature, attack with it, sacrifice for value, profit! Also, because you’re churning through your own permanents on the sacrifice train, you’re increasing the rate at which your graveyard fills up which makes escaping cards from there much easier. The deck can also play out like an aggro deck with a low curve of creatures, using Portent of Betrayal to make a lethal attack, or Lampad of Death’s Vigil as a way to turn your board presence into a Lava Axe. Speaking of Lampad...

What makes this deck so viable is the redundancy of the pieces to the puzzle and the amount of them that exist at common. At that rarity we’ll find Lampad of Death’s Vigil, Soulreaper of Mogis and Skophos Warleader. I feel like one of each of these makes for a nice variety in the deck, though more Soulreapers never hurt anyone. Having the single mana sacrifice activation on Lampad and Warleader helps to make Portent of Betrayal a true removal spell in the deck. Final Flare also plays surprisingly well, though not being able to go upstairs like Heartfire from War of the Spark makes it so you usually only want the first copy.  At uncommon, there’s Slaughter-Priest of Mogis, Blood Aspirant, and Dreamshaper Shaman. These cards are quite nice too and serve different roles. Slaughter-Priest is much more aggressive while the latter two are much more about incremental value. And Woe Strider at rare is the mother load! This card is an absolute house as a free sacrifice outlet that comes with an extra body and keeps coming back.

This is a bit harder to come by, but does exist. The key is to make sure the cards aren’t incredibly low impact and that they fit the flavor of your deck. For example, if you’re a grindier deck more interested in blocking and then sacrificing your blockers for value, I wouldn’t fill up on Satyr tokes. Some good options to look out for are Careless Celebrant, Discordant Piper, Grim Physician (though I wouldn’t play more than one), and Anax, Hardened in the Forge. Anax is especially sweet in this deck since it turns every single one of your non-token creatures into two or sometimes even three bodies for your sacrifice outlets. Which is a lot of bang for your proverbial Rakdos buck.

Filling out the Deck

Escape, as I mentioned before, is the real icing on the cake in this deck. Having the ability to sacrifice a creature that you can recast as a larger threat down the line is very potent and gives the deck real staying power in the mid-to-late game. Gray Merchant of Asphodel and Omen of the Dead play nicely here as well and pack a strong one-two punch to close out a game with a couple of Gary ETB triggers. Treacherous Blessing is a rare that I think scares a lot of people, but when you can sacrifice it immediately to a Slaughter-Priest of Mogis or Skophos Warleader, it feels pretty darn close to Ancestral Recall.

I’ve had a blast putting the pieces of this deck together in a number of drafts and have found the gameplay with it incredibly rewarding. Backing up this synergy with the great suite of removal Black and Red have to offer as well as their aggressively slanted creatures has made the deck feel reliable and consistent game in and game out. Below are a few examples of successful versions of the archetype. What have you been enjoying drafting early on? Let me know on Twitter.

And, as always, Happy Drafting! 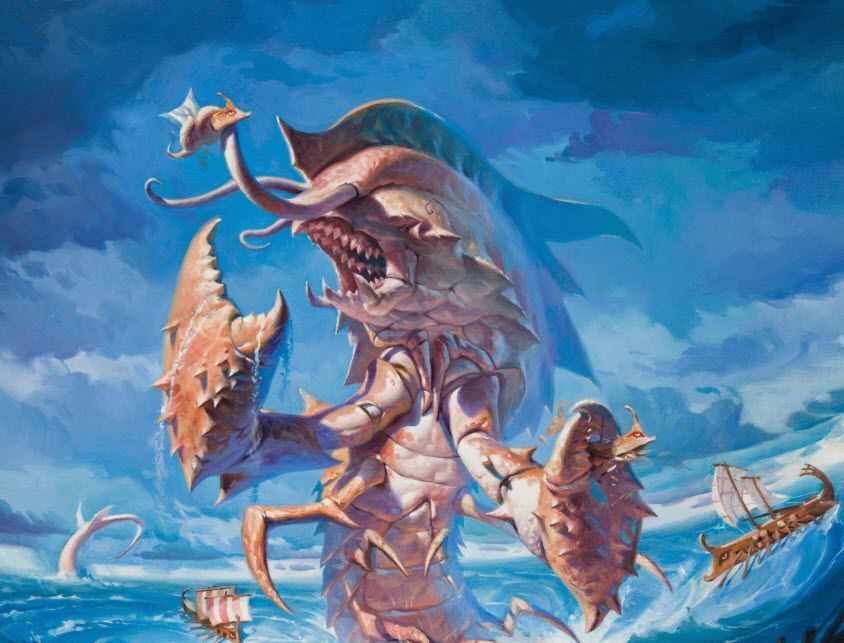 Members of the Cardsphere community pick their favorite cards from #MTGTHB. Joining Efren & Ted are Josh Moore and Elizabeth Rice. 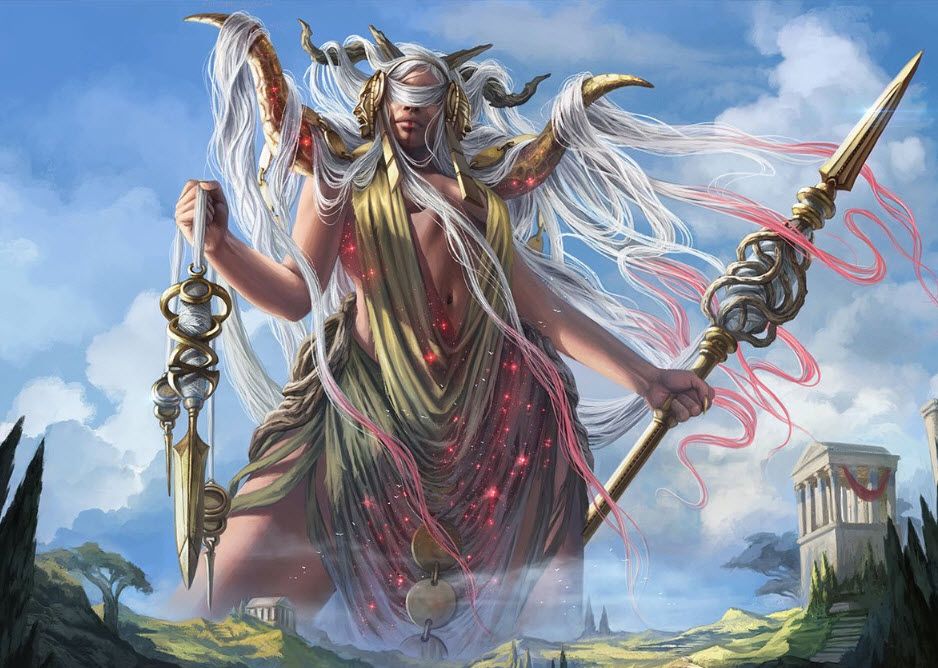 Elizabeth Rice returns with two potential builds for running Klothys. At least one of which makes her a very bad person!