As I often talk about some of the things that in Magic that irk me, it's worth it to question the long-term effects the game has on my sanity. I've found that for me that's a healthy thing to do with many aspects of my life. Even the job you dream of having or the car you dream of driving could be slowly killing you with stress and anxiety. I would love to tell you that once you've learned that lesson you don't forget it, but that's not always the case. This is especially true once you add in the responsibilities of taking care of other people.

I thought I hadn't been able to play much Magic over the past year. But 2021 and Texas weather were about to show me a real crimp in my Magic playing plans. Like thousands of folks, I've used MTG Arena to fill the gaps of playing in person. It is not the same as sitting down with friends, having the cold beverage of choice and complaining about Ugin, The Spirit Dragon in person. But it's something important. I have also picked up Commander and been able to get a couple of games in over SpellTable.

Playing Magic through both of these methods, however, requires electricity. That thing we use everyday but don't consciously think about until it malfunctions or it's time to pay for it. As I'm sure you've heard by now, Texas had some unexpected issues with its power grid this month. We were without power for the better part of a week and we were among the lucky ones. In the words of those immortal philosophers Cinderella, you truly don't know what you got till it's gone.

Under ordinary circumstances, no matter how crappy my day has been I can unwind with a few games of Arena afterwards. Being on the end of the most degenerate combos imaginable is still preferable to being huddled in the dark and cold. I'd have taken back every bad word I've ever said about Magic for the calm feeling of playing a game on Arena and sipping some sweet tea. Of course, most of these words over the past year have been either in print or recorded, so there are no takebacks.

I've been fortunate to make Magic part of my job. We had no idea if we would get to record the Color of Magic podcast the week of the storm. Luckily, the power came back and stayed on just in time to get it done. My wife was nearly as excited as I was. Not because she has a huge (or any) interest in Magic, but because recording the podcast is just part of what happens in our house weekly.  It is super therapeutic to just see everybody being able to do the things that make life normal. After the week we had, every bit of normal helps. Watching my daughter draw dragons, my sons play Super Smash Bros. and my wife calling around to check on family members felt so good. That feeling increased when we learned the tragic extent of the damage. The Austin area alone may have as many as 90 dead. The thankfully minor inconvenience to us pales in comparison to what so many are still going through.

Like just about everybody in Texas, I had a few choice words for the folks allegedly in charge of our electricity. I will resist getting into the politics of all that here. But I do on the podcast and on my Twitter feed if you'd like to know more about Texas and when its inner workings don't work.

NBA coaching legend Phil Jackson is fond of saying "Life Is a Metaphor for Basketball." These past few days I've learned it's also a metaphor for Magic. As with our favorite game, real life offers a number of elements we can't control. The past year has been filled with them. Pandemics, reckonings with our justice system and freak storms are just a few of the things that have gone awry recently. Sometimes all we can do is make the basic preparations and react as events unfold.

As in Magic, it's easier to meet all these challenges with a dedicated team helping you. A true silver lining in all this was seeing how many people throughout the nation stepped up to help. That included everything from people just checking on their elderly neighbors to numerous charity streams, including MTG's own Seth Manfield. I tell people all the time that while our gaming communities have numerous toxic elements, the majority of gamers are the friendliest and most helpful people you'd ever want to meet. When I moved to Texas from Louisiana, gaming gave me a near instant group of friends with the same passions. One of them would end up being DeQuan Watson, my Color of Magic co-host.

I give Magic, parts of its community and Wizards of the Coast a fair amount of grief in my work. To be honest, they earn it. But in spite of the occasional challenge, I like where I am in life. I wouldn't be here without this game. After the past week, I was even a little bit happy to see Ugin. Because any day when that's the worst thing I have to worry about has actually been a great one. 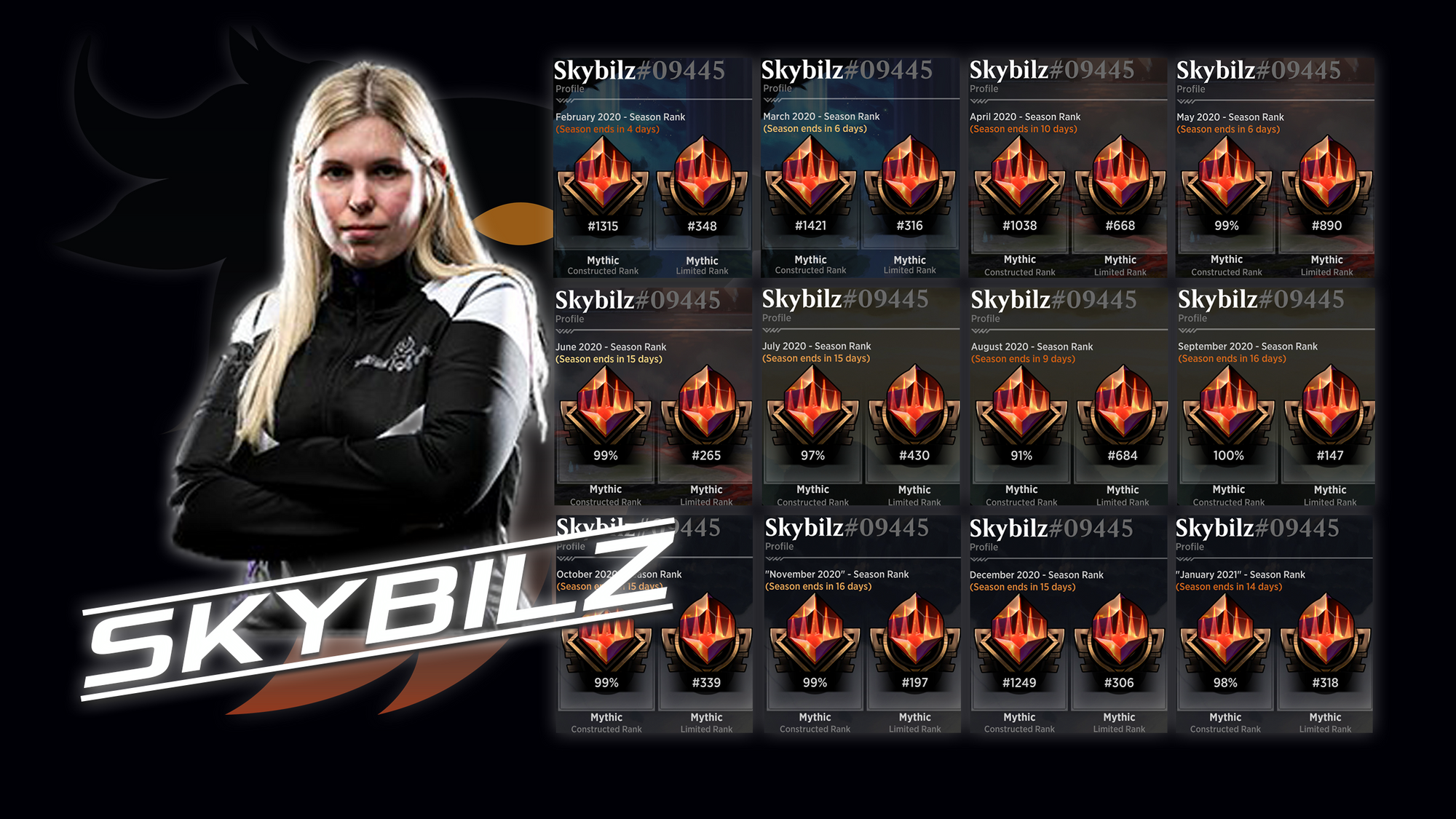 After 12 months straight of achieving Mythic rank in both Constructed and Limited, Skybilz reflects on her achievement and goal-setting criteria going forward. 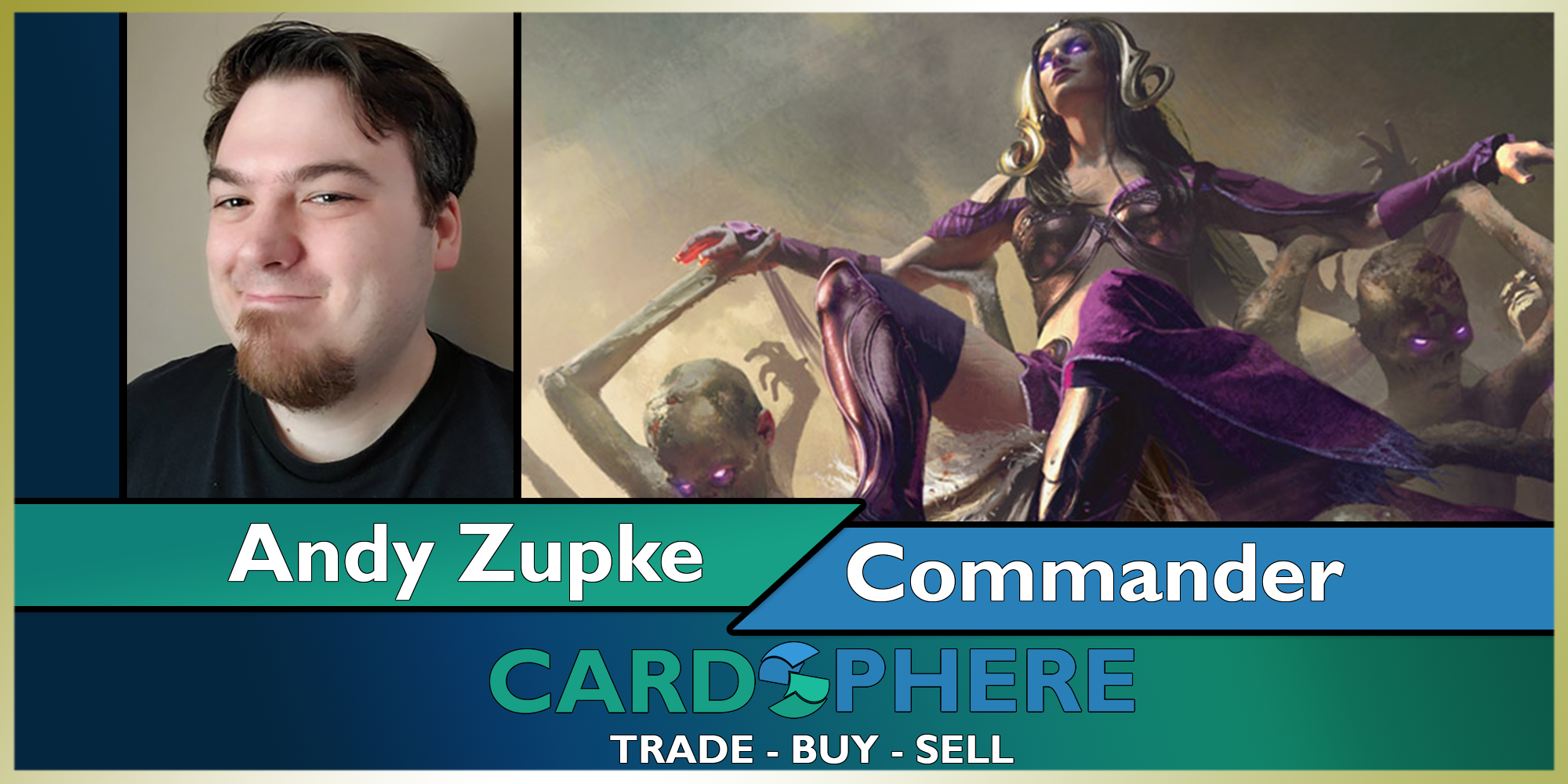 Building a solid Commander deck can be a daunting challehnge, especially for newer player. Andy Zupke provides solid guidance about the structure of a winning deck.

Trading Posts
—
Texas or Kaldheim? Who Can Tell?
Share this