This week is the other half of the Top Four Semifinal Matches, featuring none other than The Academy (Rich Shay, Brian Kelly, Andy Markiton) vs Team Channel Fireball (Luis Scott-Vargas, Josh Utter-Leyton, Matt Nass, Sam Pardee). The winner of this past week will progress to the TEAM VINTAGE SUPER LEAGUE FINALS! ARE YOU READY FOR SOME VINTAGE?!

As always, you can find this week's decklists right over here.

This week found Matt Nass and Sam Pardee unavailable to play, with Team CFB subbing in some new talent in the form of Andy Baeckstrom.

The decks that were banned this week were Dredge on both sides of the fence (apparently neither team wanted to deal with the graveyard menace).

Semifinals Round 1 Recap - The Academy vs Team CFB

You can watch the vod for this week here:

Right off the bat we have Brian Kelly (on HATE STILL) versus Luis Scott-Vargas (on Esper Outcome)!

On the play, Brian makes a Turn 1 Time Walk which does resolve, despite LSV having triple Force of Will in hand. He leads on Standstill which does get Forced. LSV drops a Time Vault off some Moxen, and passes back to Brian. Brian attempts to jam a Stony Silence, which gets Force of Will'ed. LSV tries to resolve Sensei's Divining Top but it meets the great limiter Mental Misstep, before passing back to Brian. Brian makes a Standstill and passes turn. LSV draws a Night's Whisper but passes back under the Standstill. Both players play draw go for quite some time as Brian builds up his bevy of countermagic and LSV skips a turn with Time Vault to untap it. This continues for several turns until LSV tries to break the Standstill with Paradoxical Outcome on Brian's end step, allowing Brian to draw 3 cards. Brian Brainstorm's in response, tucking back some things. Brian flashes in Sulfur Elemental and then Flusterstorm's LSV's Paradoxical. LSV casts Night's Whisper and filters a bit, taking an extra turn with Time Vault. He finds a Library of Alexandria before going to his extra turn and goes on that plan quickly with the Time Vault turn. Brian draws a Wasteland and uses it on LSV's Tolarian Academy. LSV goes for Paradoxical Outcome, getting hit by Mana Drain. LSV flashes in Snapcaster Mage in response, targeting a Paradoxical Outcome in the graveyard, putting one on the stack. Brian responds with Force of Will and slams through to his main phase to ETERNALIZE Champion of Wits! He passes a turn and LSV casts Snapcaster Mage on his main phase. Snapcaster targets Night's Whisper in order to get some draw action going, finding his fourth Paradoxical Outcome. Brian swings in and snaps back Time Walk, and then casts Demonic Tutor to find Dig Through Time. He draws Gush on his extra turn, casting it by floating a blue and a red. He casts Dig Through Time, locating another Force of Will and Ancestral Recall. He deploys Chalice of the Void on 1 counter. LSV tries to go for the Paradoxical Outcome, getting it Force of Will'ed and conceding to Brian Kelly.

LSV kicks things off with a Turn 1 land, resolving an Ancestral Recall on Brian's upkeep. Brian starts off with a Gitaxian Probe, casting two Moxen and passes turn. LSV plays a Mox Pearl and passes, going for Snapcaster Mage into flashing back Ancestral, getting it Flusterstorm'ed by Brian. Brian Demonic Tutor's for Black Lotus and Snapcaster's into Gitaxian Probe to cast Standstill. LSV cracks the Standstill, giving Brian 3 cards but also casting Time Walk. On his extra turn LSV finds a Paradoxical Outcome, drawing a bunch of cards and going for Snapcaster into Time Walk. On his extra turn LSV goes to the races and finds a second Paradoxical Outcome, forcing the concession from Brian.

Brian kicks things off in Game 3 with a Standstill on Turn 1 forcing the game into a very draw-go style, making LSV crack it on his end step with a Brainstorm. LSV draws into some better action with Night's Whisper before passing the turn. Brian plays a Strip Mine, passing to end step to LSV attempting to Paradoxical Outcome on his end step. It gets Flusterstorm'ed and LSV untaps to go for a second Paradoxical Outcome. Brian tries to Pyroblast it, but LSV Mental Misstep's it and goes to the races, earning the concession.

Rich Shay kicks things up a notch on Esper Xerox! LSV opens a on Library of Alexandria, passing turn. Rich starts with Gitaxian Probe, going on a Duress to take LSV off the Library plan. LSV doesn't play anything, getting his Library Strip Mine'ed by Rich. LSV finds a Mystic Remora trying to force it through which Rich allows to resolve. He then throws out Ancestral Recall which Rich tries to Force of Will, getting Force of Willed back. LSV draws into Time Vault / Voltaic Key combo off Black Lotus with enough mana to make it happen, earning the concession from Rich.

Rich goes for a Turn 1 Demonic Tutor, getting Ancestral Recall. LSV plays Library on the draw and passes. Rich plays Cavern of Souls and jams Kambal, Consul of Allocation uncounterable. LSV counters Rich's Ancestral, and Rich follows up with Fragmentize on a Mox Opal. LSV jams the Vault/Key combo, and gets in with a Snapcaster Mage to earn a concession from Rich.

Team CFB on the map at 2-0 under the capable hands of LSV.

Andy Markiton jumps into the fray with his Stax list! On the play, Andy drops a Turn 1 Sphere of Resistance off two Moxen. LSV does nothing but draws a Mana Crypt and passes turn. Andy drops a Phyrexian Revoker naming Black Lotus and goes to the races. His second Revoker names Sol Ring. The THIRD Revoker names Mana Crypt, shutting LSV off of his biggest artifact mana sources. LSV continues to not find a land and passes turn. Another Sphere of Resistance pushes through the concession from LSV.

LSV kicks things off with a Sleight of Hand, passing turn. Andy tries to go for a Trinisphere, getting it Forced. LSV runs out a Mana Vault and heads back to Andy. Andy tries to run out a Tangle Wire, getting it Steel Sabotage'd by LSV. Andy plays a Wasteland and hits LSV's Underground Sea. LSV does nothing and passes back to Andy playing out a Smokestack. He manages to run out a second Smokestack. LSV dumps the Library, and Demonic Tutor's for Ancestral Recall. He finds some mana sources and passes back to Andy. Andy sacs one Smokestack, ramps the other to two counters, and then drops Karn, Scion of Urza to create a construct. LSV drops Snapcaster into Ancestral finding a Paradoxical Outcome and a Tolarian Academy on his draw. He rips the first Outcome, and draws into Snapcaster flashing back the Outcome. He finds a THIRD Outcome, and draws into a Fragmentize on the Construct token. Andy drops two permanents to Smokestack, playing Strip Mine to hit Tolarian Academy. LSV skips his turn to Time Vault, forcing Andy to take another turn with Smokestack set to 2. He sacs the Stack, playing Bazaar of Baghdad to try to draw some gas. He tries to cast Crucible of Worlds, but it meets Steel Sabotage. LSV Snapcaster's into another Paradoxical Outcome. Andy concedes to Game 3.

Andy goes on the play with a Leyline of Sanctity pregame, casting Chalice of the Void on 0 counters. Andy drops a Sphere of Resistance and passes turn. LSV draws Black Lotus and passes turn. LSV Repeal's the Chalice to go to his turn to be able to cast the Lotus to be able to cast Monastery Mentor through the Sphere. Andy runs back out the Chalice on 0 and tries to resolve Thorn of Amethyst which gets Force of Will'ed by LSV. LSV swings for the fences with the Monks, passing turn. Andy plays a Revoker naming Sensei's Divining Top. LSV gets to Ancestral Recall into Dig Through Time, finding a Time Walk and earning the concession from Andy.

Rich Shay back on the docket with Ravager Shops! Rich leads on a Foundry Inspector off an Ancient Tomb and Mox Ruby on the draw. LSV Forces it, drawing Ancestral Recall. LSV casts Monastery Mentor, which gets promptly copied by Rich's Phyrexian Metamorph. He runs out a Sphere of Resistance and passes turn. Rich runs out a Foundry Inspector and Arcbound Ravager and passes. LSV plays a land and passes, while Rich runs out a Trinisphere which gets hit by Steel Sabotage. The game progresses as Rich goes to combat, while LSV casts Dig Through Time to pump and try to get ahead, trading with the opposing Mentor. Rich runs out two Revokers naming Time Vault and Sensei's Divining Top specifically. LSV goes to the races trying to get board presence with his own Mentor. LSV just continues to keep going bigger and wider, drawing Hurkyl's Recall to seal Game 1.

Rich mulligans to 6, dumping a Turn 1 Foundry Inspector into play. LSV goes into Sleight of Hand on Turn 1, finding a Black Lotus. Rich tries for a Lodestone Golem, getting it Force of Will'ed by LSV. Rich finds another Foundry Inspector, casting a Phyrexian Revoker naming Black Lotus. LSV casts Hurkyl's Recall to windmill slam Snapcaster Mage into Sleight of Hand to find another artifact mana source. Rich re-deploys, bringing the pain to LSV with a small army of dudes, which LSV takes and goes to 4 life. End step he Hurkyl's Recall's and is able to Snapcaster Mage for Paradoxical Outcome, finding a Time Walk to keep moving forward. Rich re-deploys, getting his Ravager countered by Steel Sabotage. Rich tries to run out Chalice of the Void for 2, but LSV uses Steel Sabotage on flashback to put Phyrexian Revoker back into Rich's hand. LSV brings the Snapcaster beats and takes the team series!

LSV SCREAMS INTO THE TEAM VINTAGE SUPER LEAGUE FINALS AT AN AMAZING 4-0!

The Academy brought some serious spice to the table this week, especially with the inclusion of Brian Kelly's Hate-Still deck. Let's take a look at their lists.

Hate-Still is a pretty powerful name for this deck, and it shows. Maindeck hate cards like Sulfur Elemental combined with an Eternalize dude in the form of Champion of Wits under Standstill is great.

Stax is a sweet archetype in Vintage, thanks to the sheer power of Mishra's Workshop making it a severely viable deck. What I love about this list is the singleton copy of The Immortal Sun. Super spicy.

Even though Team LSV submitted multiple decklists, we only really got to see one of them played, so lets look at a list we saw (well, the only list we saw) and one we didn't (so, all of them).

It was insane to see LSV 4-0 with this deck, but it definitely worked well and he played it to a very solid tee.

Affectionately named Jeskai Cheons (for LSV's long-time love of his life), this deck is very powerful. Between Teferi, Hero of Dominaria and Monastery Mentor this deck is pretty indicative of the strength of Jeskai in the current Vintage metagame.

Alright folks, next week is the big week! THE TEAM VINTAGE SUPER LEAGUE FINALS! And we're right here with our coverage with TEAM SNAPCARDSTER VS TEAM LSV (CFB)!

The action will be super hype, so be sure to stay tuned, and as always... until next time, may all your Magic be ETERNAL! 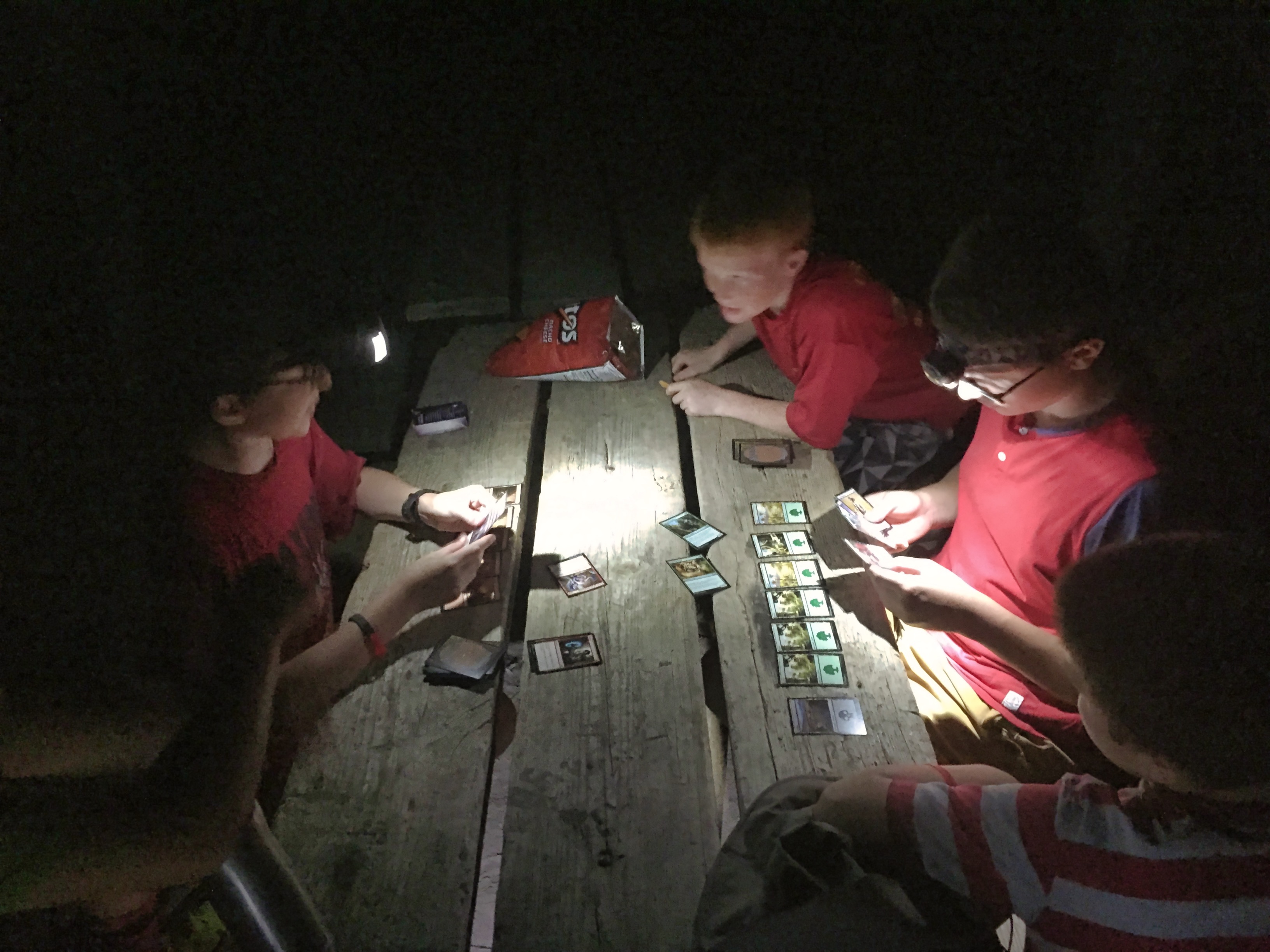 Phil Morris returns to tell us about how he and Rhino, with a little help from WotC, introduced Magic to a whole camp full of Scouts! 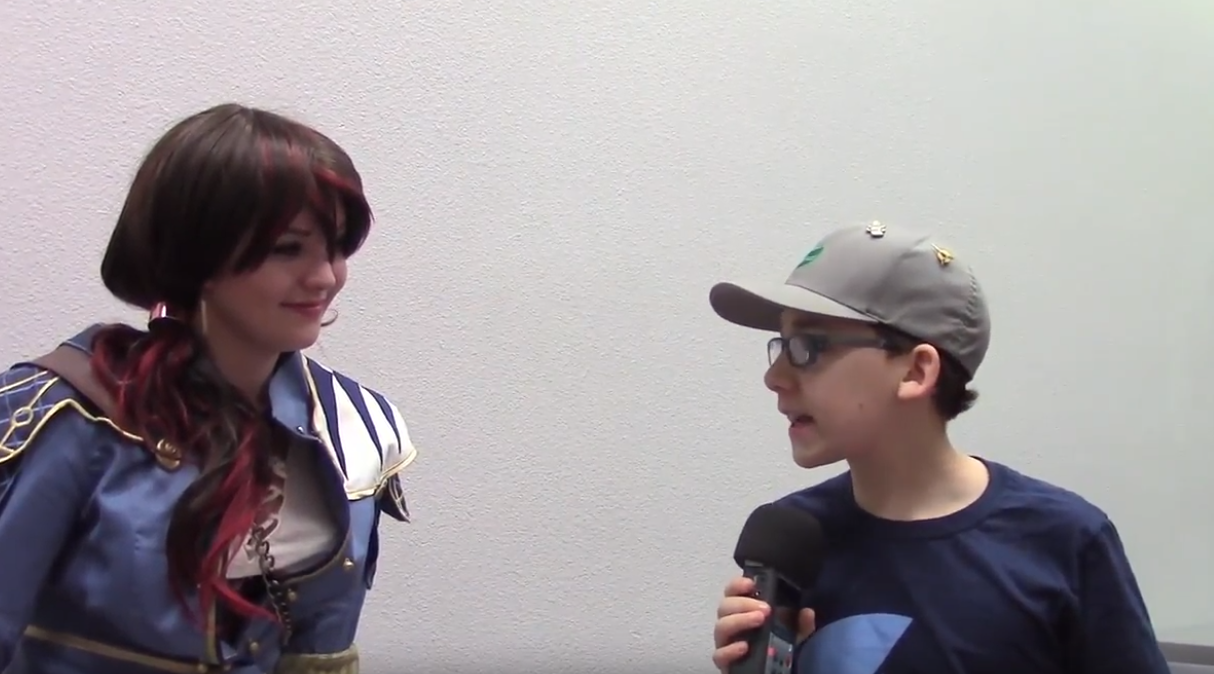