Hello, my friends.  Derrick "BadMoonMTG" York here again with a deck tech for you today. This deck has been putting up some results in the competitive scene, and it happens to be in my favorite three-color combination: Sultai.

Let's take a look at the list I've been playing with.

I found the deck when Dustyn Aranda Rojas took it to 2nd place in the Insight Esports Presents: Reach Out In Love tournament.  In the weeks since then, the deck has gone through several changes.  They've changed the ramp spells, removed control elements, switched Vorinclex, Monstrous Raider for Elder Gargaroth, and sometimes, reversed all of those changes.  So, let's break down the core of the deck and see what makes it tick.

At its heart, this deck revolves around ramping into Emergent Ultimatum.  For the low-low price of BBGGGUU, you get to search up three different mono-colored spells from your deck.  Your opponent gets to shuffle one of those back into the deck, and then you can cast the other two for free.  That sounds more complicated than it is.  Let's look at some of the cards you can get out of the deck.

When you cast the Ultimatum, you want to pick three cards that, once one is thrown back, leave you in a winning position.  In my testing, I found that the combination of Valki, God of Lies // Tibalt, Cosmic Impostor (because Ultimatum only checks the front of the card, but we get to cast the back for free), Vorinclex, Monstrous Raider, and Alrund's Epiphany are the default picks.  Here are the three scenarios with that stack:

Your opponent doesn't have any good choices.  Many of my opponents concede immediately after they choose.

One of the best parts of the deck is that if the situation calls for it, you can switch up your choices.  Against aggressive decks, I like to grab Shadows' Verdict, Extinction Event, and Kiora Bests the Sea God.  You either get to wipe their board, or wipe most of their board and get a great blocker.  Win-win.

If your opponent is playing control, you can pick Shark Typhoon instead of Vorinclex. Getting a lot of shark tokens can overwhelm them, in the long run.

The key to effectively piloting this deck is practice.  You need experience to know what combination of cards to show your opponent.

However, this is just the tip of the iceberg.  You need to get to 7 mana before you can worry about any of this.

This deck is chock full of ways to accelerate our mana.  Wolfwillow Haven enters play as early as turn 2 and simply makes an enchanted land add an extra Green mana when it is tapped.

Cultivate grabs any two Basic Lands from the deck, put one of the field and one in our hand.  I generally prioritize Islands and Swamps here, because it is easier to get Green mana from our other ramp sources.

Binding the Old Gods pulls double duty.  The first chapter of this Saga destroys target non-Land permanent, making it one of our best pieces of removal.  The second chapter searches up any Forest and puts it on the battlefield tapped.  That includes Zagoth Triome and our single Ketria Triome.  Of the two, I tend to grab the Ketria Triome first because it is our only source of Red mana, which we might need to hard cast a Tibalt in the late game.

With all of the ramp options, you can easily be set up to cast Emergent Ultimatum as early as turn 5.

Best of the Rest

The rest of the deck is there to help you find what you need or to keep you alive long enough to find it.

Helping us find our land and spells, we have Omen of the Sea and Behold the Multiverse.  The combination of scrying and card draw helps you dig super deep into the deck, which is important when Yorion, Sky Nomad is your Companion.  In the late game, you can cast Sea Gate Restoration to double your cards in hand.

To keep us alive, we have an assortment of black removal.  Eliminate and Heartless Act are staples of Standard at this point, and for good reason.  We also have Elspeth's Nightmare which destroys a Creature when it enters the battlefield, and then does a great Duress impression on the next turn.  This makes it a valuable answer against most decks.

This is a complicated deck to play.  As I said earlier, you will need to practice to understand the play patterns.  However, I have some insights to offer, to help ease you into things:

While I wouldn't recommend this deck to someone who is new to Magic, it can be a powerful tool for an intermediate or experienced player.  Take it for a spin and let me know how it works for you.

Anyway, that's it for me this week, but join me next time for more Standard here at Cardsphere. 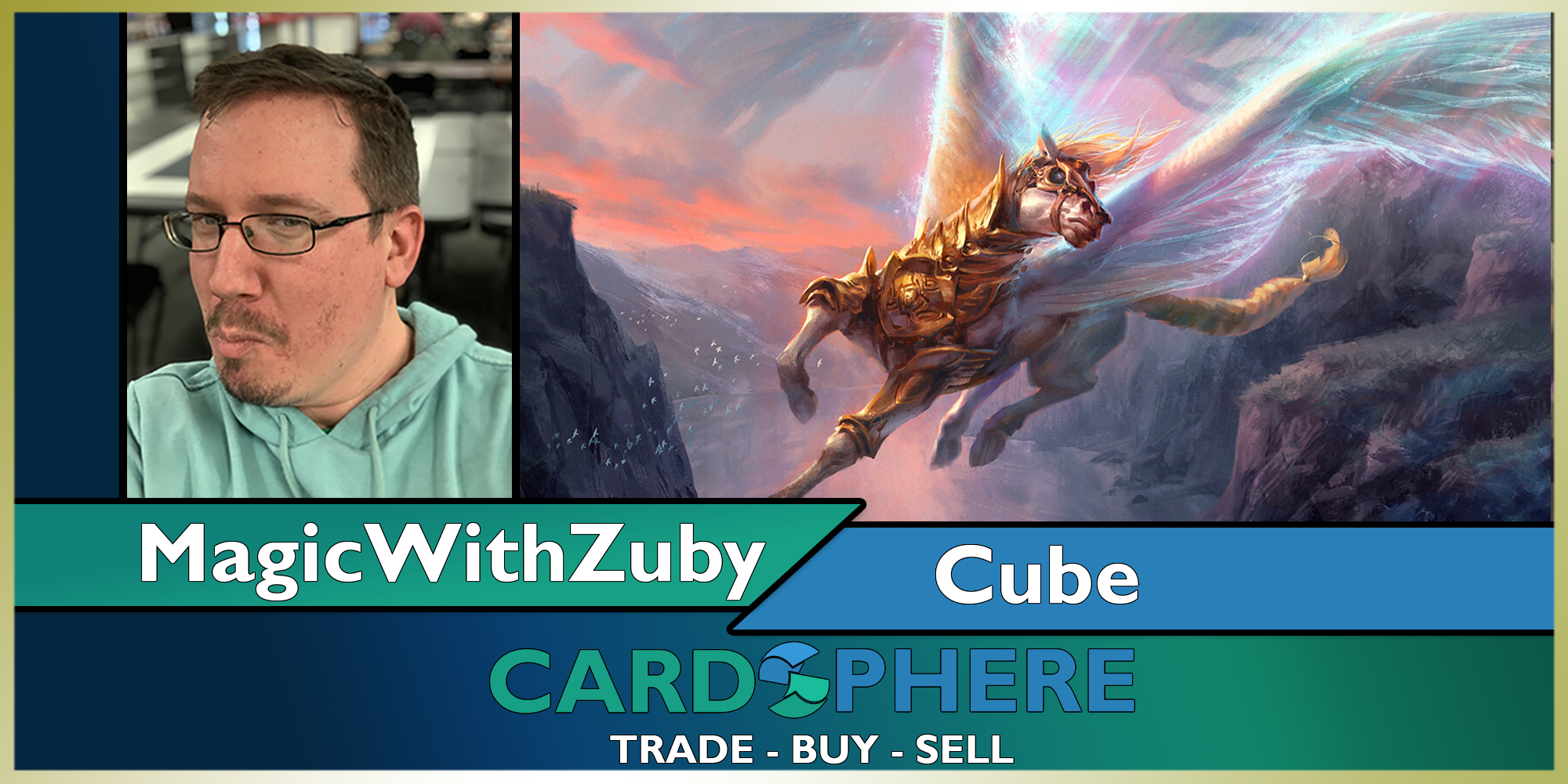 Zuby picks through Kaldheim and finds several cards that make the cut for his Peasant cube. 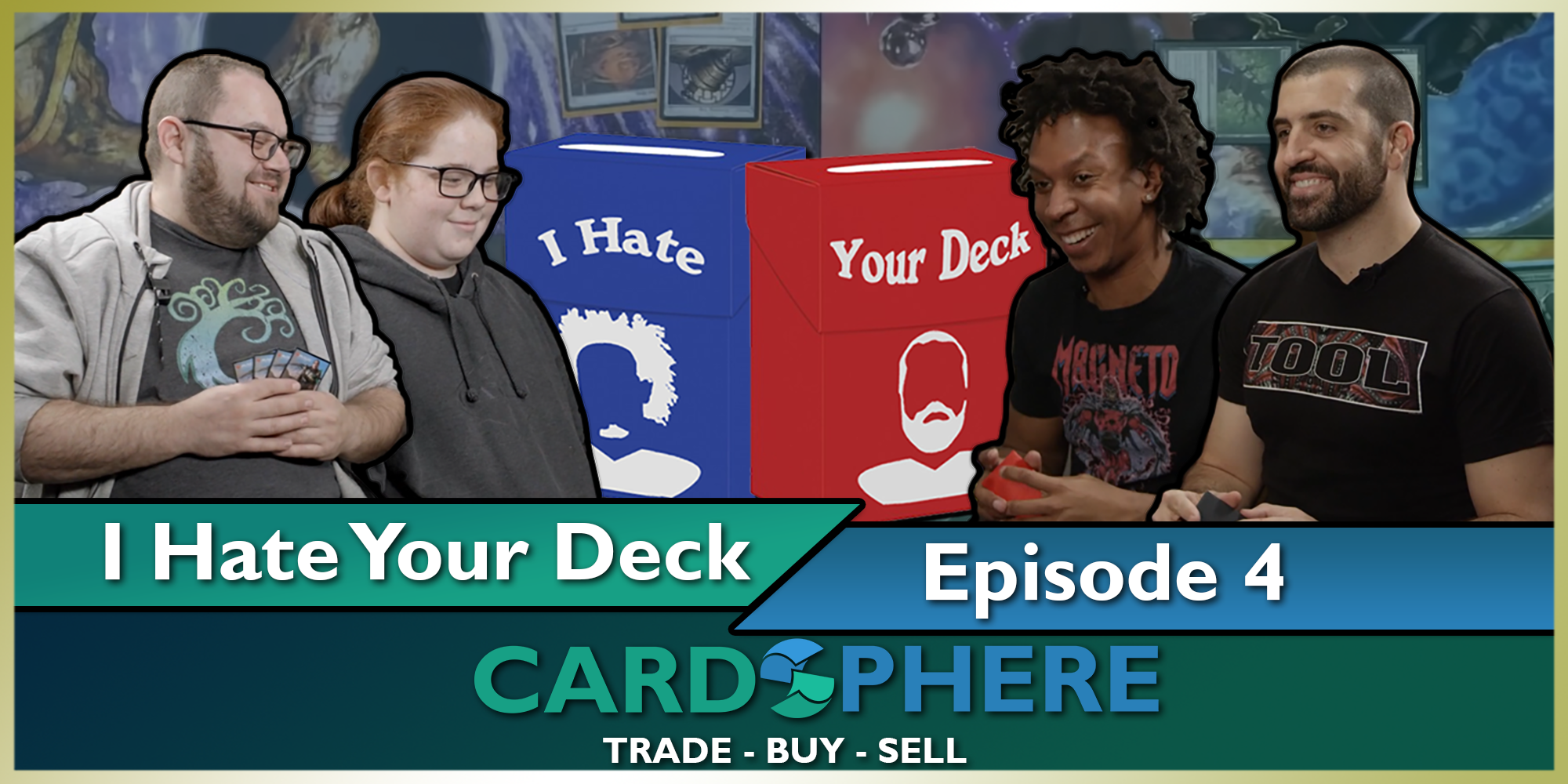 It's Oloro, Ageless Ascetic vs Kaalia of the Vast vs Seton, Krosan Protector vs Pir, Imaginative Rascal and Toothy, Imaginary Friend Whose deck will we hate most?