There is no doubt that Magic Arena is a massive step forward in taking MTG to the next level of online experiences. The graphics, the sound effects, the non-stop action and ease of access... all of these factors contribute to the excitement inside and even outside of the MTG community since it entered open beta. It serves the spikes well in its ladder rankings. It warms the Timmy heart with its graphics and sound effects (along with the robust introduction for new players through tutorials and intro decks). Even the Vorthos among us gets the introductions to the lore and relevant boards and creature animations that immerses the player into Ravnica itself.

You'll notice that there's one group I haven't yet mentioned, and it happens to be MY group: The Johnnies. If you're a deckbuilder, a jank lover, an experimenter, then you may have wondered why you're not as thrilled for this Brave New World of MTG as everyone else seems to be. Maybe you've even been called a "hater" for saying negative things about the bandwagon that keeps on a-rollin' across the E-Sport prairie. I want to try to describe why this is, and attempt to forge a way forward by revealing my best practices for deckbuilding, wildcard use, and other such issues.

Fair warning: I'm going to assume a few things to be true about the current state of online and tabletop MTG in order to provide a sturdy foundation for my best practices. I'm sure someone can argue (and, in the case of a few clickbait articles that have popped up in the past few months, has argued) against one or all of these assumptions. But they're my assumptions, and they should be yours as well.

So if you accept those three ideas, you're ready to see the Johnny Dilemma:

Theorem: Arena is (overall) more expensive and less flexible for deckbuilders than MTGO. I think the best way to illustrate this is with my recent pet deck in Standard and why I struggle to figure out where I want to play it. If you are a monthly reader of my stuff, you remember reading about this Gruul Frenzy list that got me through a ton of Guilds of Ravnica Standard. Considering that we were playing a Gruul deck before Gruul was cuul, I was excited to build another version that used the new cards in Allegiance:

And the best CARD in this list to break down the problem even further is Wayward Swordtooth--probably my favorite janky card in Standard right now. It allows for so many broken things to happen...it ramps your mana, empties your hand before you resolve your Experimental Frenzy, and then it clears away extra lands that would otherwise brick your Frenzy turns. On MTGO, it's bordering on a bulk rare. Two bucks will get you your playset. On Arena, however, it's a RARE-rare. You have to use your wildcard to get it, and that rare wildcard is worth just as much as any other rare in the set. Additionally, most players haven't opened a booster box-worth of Rivals of Ixalan because it was released before Arena reset everyone's closed beta collections and went to open beta, so the odds of you drafting or opening one of them is relatively low.

The same goes for the entire list, by the way. On Magic Online, this is a budget list. As of this writing, it's under fifty bucks for the seventy-five. On Magic Arena, this list is four mythic wild cards and a whopping thirty-five rare wild cards. SEVENTEEN of those rare wilds are from pre-open-beta sets, so you're most likely using wild cards to get them. That makes this list...well, as expensive as every other list on Arena (hey...I'm starting to figure out why WotC likes Arena so much...).

And if you're a Johnny at heart, every single list you build has the same disadvantages on Arena. Want to tweak the Gates lists that are going around? More wild cards (although the Gates list is an example of one that is MORE budget, since there are lots of uncommons and you don't have to drop 40 bucks on Hydroid Krasis). Wonder if there's a way to break Nikya of the Old Ways? That's an even different list. And unless you have the cards, there really isn't any way to experiment with lists without dropping the money for them. On Magic Online, you can always buy the cards you want to test, try them out, and then sell them back and only be out 70-80% of your investment if the list didn't fly. There's no way to do this on Arena (Again...gold star for WotC's strategy on this one).

So, how is a Johnny supposed to react to this situation? Like the girl in the commercial said, why not do both? Here's my plan:

First, I do all of my list testing on Magic Online. Yes, you can find competition there. Yes, there are leagues still happening there on a daily basis. Both Friendly and Competitive leagues have a few hundred people active in them, so you can get your games. There are plenty of people rotating through the free-to-play rooms, so you can get as many reps as you need to be able to tweak and adjust your lists. There are players I respect who maintain that the overall level of play is currently higher on MTGO than on Arena, but I don't have enough data to do anything other than trust their judgment. If it's true, then you also get the added benefit of testing against a more difficult meta than what's available on Arena.

Notice that this step requires a corollary to the above assumptions: Magic Online is not closing any time soon. There has been no sign that Arena can handle anything beyond what it's been programmed to do currently, and nothing older than the previous Standard card pool starting with Kaladesh. I can't picture any sort of Modern or Vintage format on Arena any time soon if at all. My guess is that MTGO has a MINIMUM of two years left in active service. Your collection value will gradually decrease, yes. But you can use this to your advantage to get a ton of testing in with drastically-reduced prices on Standard cards, and still be able to play Modern, Pauper, and everything else available on MTGO. The clickbait you've been reading lately about MTGO's imminent demise is just that: clickbait. Don't fall for it.

Once I figure out a final form for a list, I begin to GRADUALLY use my wildcards and purchases to convert it from whatever "Tier V" version I can make with the cards I already own to its final form. I've been playing Gruul Frenzy for a while on Arena, but it's not the full list. It has lots of janky taplands and a few substitutions for creatures that I haven't been able to pick up yet. When I draft, I often rare-draft or pick up cards that I know I'd like to build with soon to defray some of the costs. I understand that I might be costing myself a few percentage points of EV when I do this. There are people who are uninterested in hearing about a decklist that isn't optimally built, no matter how spicy they are. But if you only have so many resources to use on your Magic play, this is the best way to do it.

Overall, Arena has been a positive contribution to the Magic experience. It's a very good program that's only getting better. The Arena staff seem to be listening to the desires of the community to make things even better, such as including best-of-three constructed to ranked play very soon (which will increase my desire to play on Arena a huge amount as there's something very artificial-feeling about BO1 play to me). But if you want to keep building your jank and breaking ground with creative decks, there's a better way to do it than just chucking your money wherever it strikes you on that day. With a bit of strategy and patience, you can make your buck (and your jank) go farther.

So did I leave anything out? Have you found ways to keep building that I haven't mentioned. Have you gotten addition EV out of the weekend theme tournaments? I'd love to hear from you, so let me know all of your life hacks that level up your game! 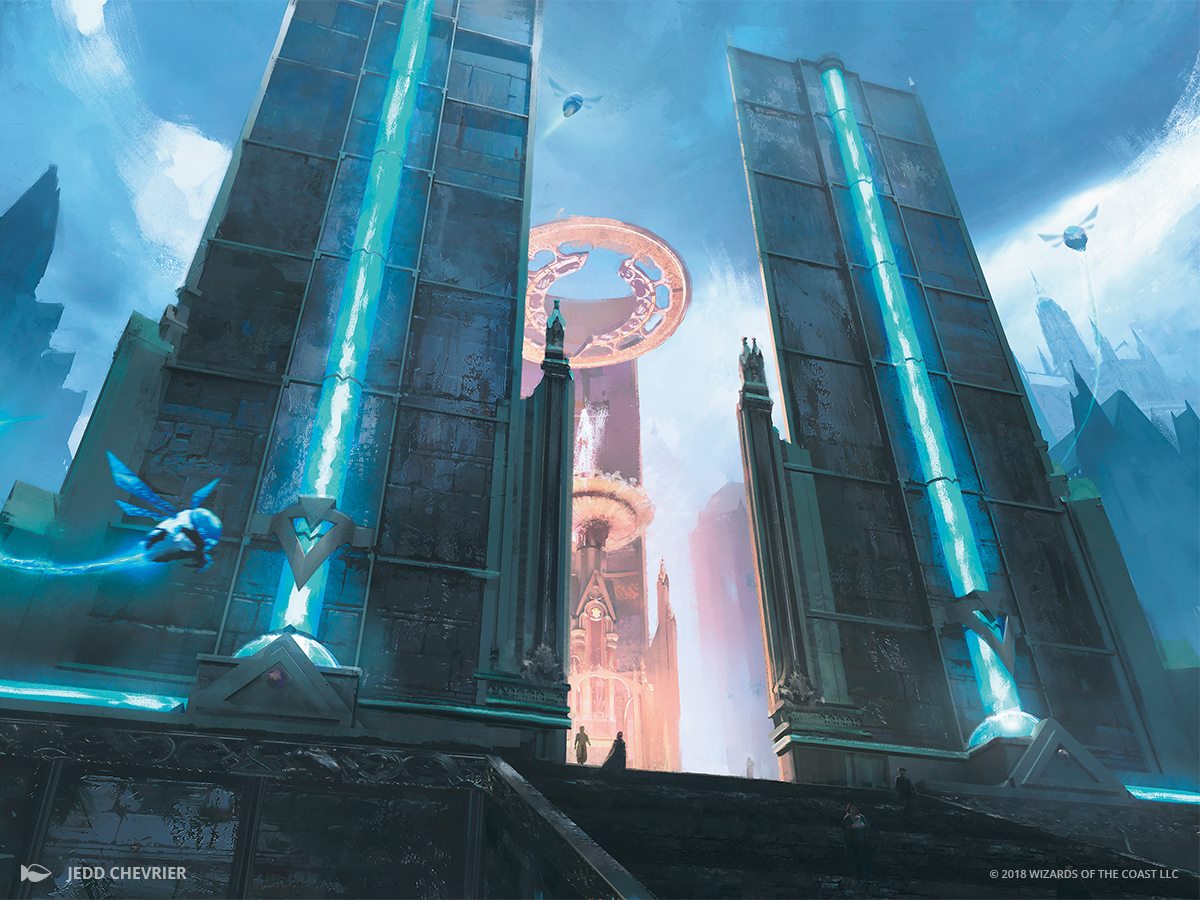 Joe's back ruminating on which RNA cards slot into Legacy decks, and doling out Tip and Tricks aplenty. 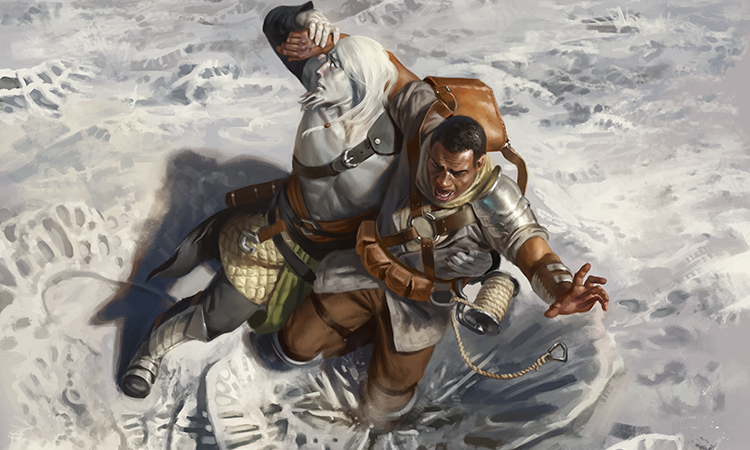 Ted provides advice on how to navigate the dispute process, providing traders and admins with the best possible information.

Trading Posts
—
Sad Johnny: The Plight of a Deckbuilder in an Arena World
Share this