Double Masters is being previewed as we speak, but there’s rarely a lot of value to be gained in preordering cards, especially expensive ones. I’d rather wait until I have the entire set and the market can begin to settle out before I start making picks there.

Instead, it’s time to look at the things which have dropped in price due to their rotation out of Standard this fall with the release of Zendikar Rising. In the Before time, that was pretty straightforward, as you determined value by looking at its play pattern in older Constructed formats, like Pioneer, Modern, and Legacy. But in this time of COVID-19, I’m leaning much more into the Commander crowd.

I’ve noticed these past few months that Commander players seems to be the ones driving up prices. Not so much in Standard or other paper formats, and that makes a lot of sense to me. I built a Zaxara deck while sheltering in place, and I’ve enjoyed playing Commander via webcam. Paper magic is DOA in North America, and not very active in the rest of the world right now, so that’s why I’m more concerned with 100-card decks.

Solid growth for its entire life, and we’re about to be officially out of print? Sign me up. A mythic that makes a popular theme (tokens) into something overpowered? Yes please. One of the last times that there were only two versions of a card to worry about? Absolutely. I strongly urge you to get your personal copies, and especially in foil. This is going to be reprinted in a Commander product in the next couple of years, and the foil should be resistant to any price effects.

I don’t think this will suddenly spike to $50 or something like that. I do expect that it’ll slowly grow over time, and it’ll be $40 in foil and you’ll ask, ‘When did that happen?’ I’m here to help you remember to get those cards now so you don’t feel bad later on.

Mausoleum Secrets ($1/$2.50) - This is more of a speculative pick, because it’s got restrictions on what you can get and when you can cast it. That’s not usually a formula for success for there’s a whole lot of graveyard-based decks in Commander and you can get in pretty cheaply. Supply is deeper on this, as it’s a rare, but it’s a single mana and is a budget alternative to Demonic Tutor.

Smothering Tithe ($15/$44) - I did a double-take when I say the number of Commander decks online that have put a copy in: 53,000, a full 29% of all decks with white in them. That’s pretty absurd, but so is this card! It’s three Treasures in a turn cycle, and then it’s off to the races. I have to say that I expect this card to be in Commander Legends later this year, it’s become that much of a staple that fast. If it’s not reprinted there, every time it’s not reprinted it’ll go up another $5.

Even if reprinted in a niche product like a Commander precon, the price will dip a little but not that far. Too many players will get one and then not trade/sell it, just because they have a deck it could go into. I advocate picking these up at $15, and the foils are also solid, if less likely to grow as fast as the nonfoils. They’d be immune to most reprintings, though. There’s only 13 foils on TCG below $50, and just eight more copies after that price point. Supply is super tiny, especially for a rare!

Unbreakable Formation ($2/$4) - This is less commonly used than Heroic Intervention in Commander, but there’s nothing quite like the feeling of safety that this gives you in a creature-based Commander deck. It’s got +1/+1 counter synergies, but mostly this is used as Wrath insurance. I think foils are a solid long-term pickup here.

Spark Double ($5/$10) - This is my favorite Clone effect short of Clever Impersonator. I really like being able to double up on a legendary creature or planeswalker. Yes, you can only copy your things, but the power is undeniable. I think this won’t get printed for a while, because of the planeswalker interaction (of course, Wizards will read this and do a special change just to prove me wrong) but it’s in a ton of Commander decks. This price is due to casual demand, and not an artifact of Gyruda/Thassa interactions in Standard. Stock up accordingly.

Bolas’s Citadel ($3/$4/$4 promo from Launch Weekend/Draft Weekend) - I didn’t know this was in 18,000 Commander decks online. I guess a lot of people like to pay life and drop tons of things into play! It’s certainly best friends with Aetherflux Reservoir, but this many decks playing it means I want to have copies stocked up. The first ones I’m looking at are the special promo with the sweet War of the Spark watermark, and then pack foils. Promo versions are just catnip for Commander players.

Field of the Dead ($8/$15) - it’s not legal in Pioneer, but there are Modern decks using it. There’s also a whole lot of Commander decks willing to bear the cost of a colorless land in order to get some free 2/2 Zombies. The Standard ban didn’t make a huge impact on this card, but the steady upward growth is a sign that casual players love this card and will keep using it. Pick up some copies accordingly.

Mystic Forge ($3/$6) - Artifacts are a popular theme in Commander, and this is a hard card to leave out if you’re building that style of deck. You’d have to actively convince me why you’re not playing it if you have a certain proportion of artifacts, or even Devoid cards. Foils are pretty cheap, given the use that this card sees, and you should put a few into long-term storage. 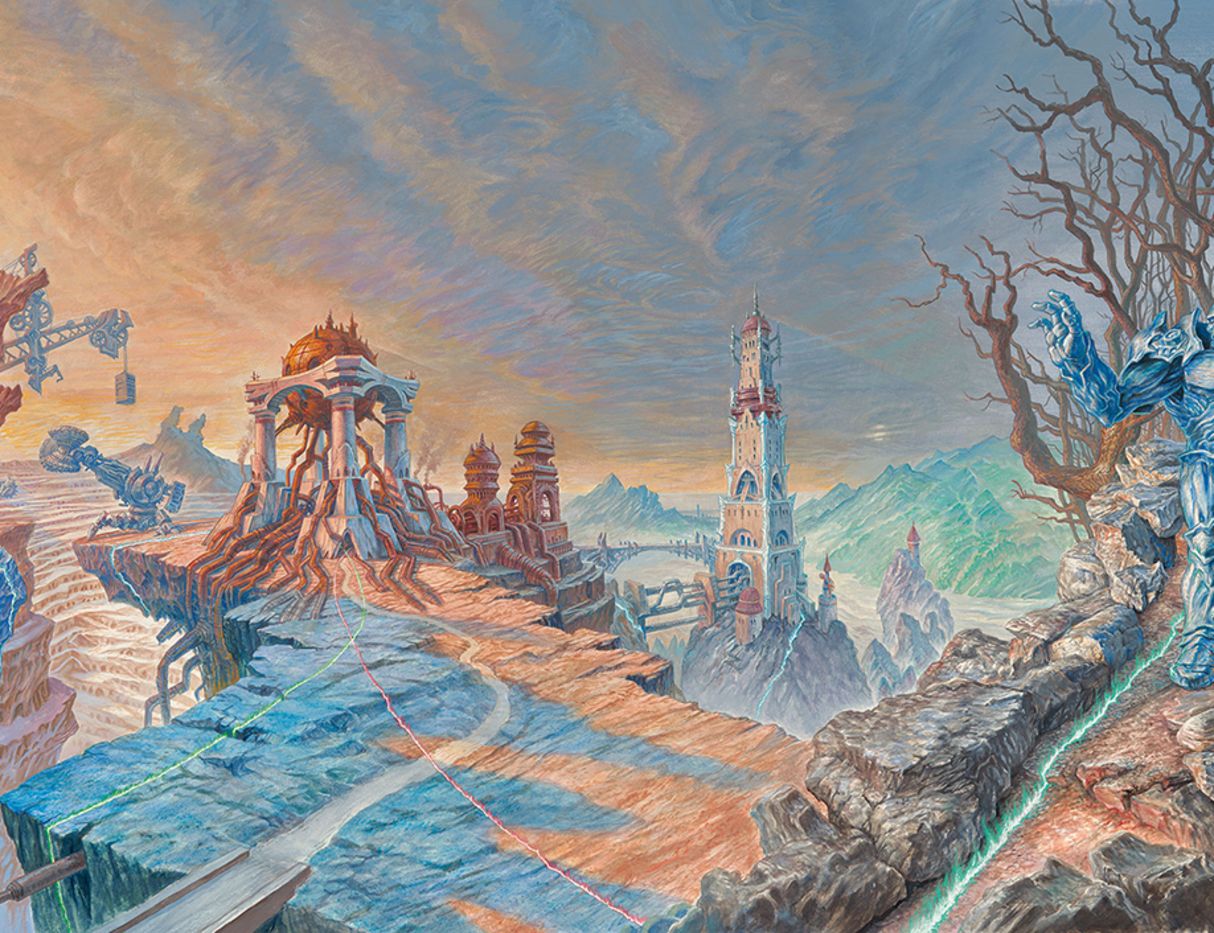 Elizabeth Rice shares her opinions on Premium Magic products, and how the community receives them. What do you think? 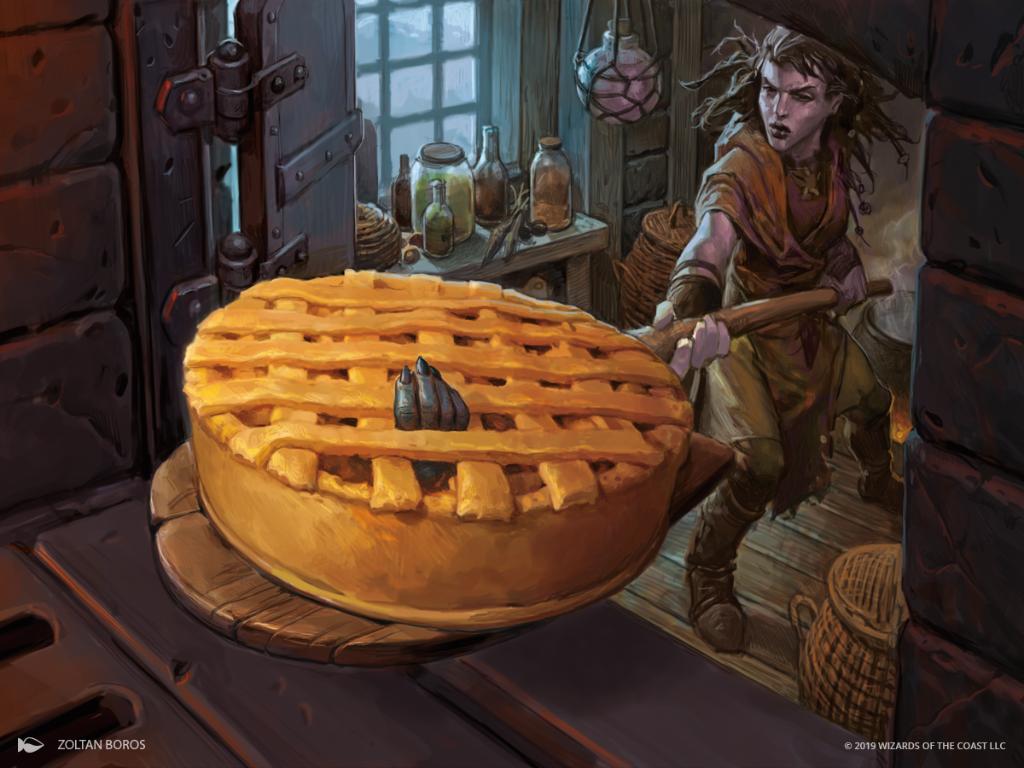 Lord Tupperware's favorite draft format of all time is returning to Arena, this time with human opponents! This primer prepares you with a run down of the many decks in the format.