Hello and welcome to Tier Fun's "Under the Radar Modern" Review for Ravnica Allegiance! I'll be analyzing the cards I think deserve more press than they've received thus far, so don't expect to see Prime Speaker Vannifar, Electrodominance, or Skewer the Critics in this article, however much I may play them on stream.

Hero of Precinct One

This is cheating a bit because any low cost Human with interesting text is definitely on the radar, but Hero of Precinct One maybe inspires a new brand of Humans? Cards like Meddling Mage, Reflector Mage, and Mantis Rider are already staples -- could they fit well in more of a gold slanted deck? I'm thinking something with Tajic, Legion's Edge, Knight of Autumn, Gaddock Teeg, and Knight of the Reliquary to go alongside Champion of the Parish and Thalia's Lieutenant? I could definitely see that happening.

Strangely, Hero of Precinct One could also operate as Young Pyromancer 5-8 in the right multi-colored deck. For my money a deck full of multicolor threats and spells (Kolaghan's Command, Lightning Helix, and Bloodbraid Elf) would likely want this card more than the typical Humans lists. I'm really excited to brew with this card, and I can't wait to see what delicious decks others come up with for it!

Assault Formation and Doran, the Siege Tower strategies have been hanging around on the outskirts of Modern for years. Well, more like the outskirts of the outskirts. The one your playgroup whispers about when they're sure no one is listening in, sharing stories like "I have a friend knows a guy who swears he's been milled out by Phenax, God of Deception" and "I once saw Selective Memory and Laboratory Maniac beat Splinter Twin.

With Arcades, the Strategist added to the list the tools for a good old fashioned Butt Fight deck have never been more enticing. I'm not sure if we are talking 4 Color Butts with Doran or just Bant Butts with Arcades, Assault Formation, and High Alert but the tools are there.

And if you're the type of maniac this appeals to, don't forget to sleeve up Tower Defense too for the ultimate in meme technology. Go forth and Butt Fight!

I think Blood Artist strategies just found a new friend. In fact, there's already been an Abzan Aristocrat list that went 5-0 not too long ago. Tilt that to four colors or dive into full on Jund Aristocrats (Bloodbraid into Judith, the Scourge Diva with a Viscera Seer on the board sounds divine) and I think you'll be surprised at the amount of incidental damage you can rack up. Whereas Blood Artist gains you life while it drains, don't sleep on Judith's ability to ping ANY target for 1.

Pesky planeswalkers or creatures that would otherwise ruin your fun are now fair game thanks to Judith! Plus her ability to pump other creatures for +1/+0 buffs your otherwise weak swarm of creatures into a threatening mob. Judith packs a lot of interesting text and, for 3 mana, I will 100% enjoy playing her with Collected Company and Rally the Ancestors like it's 2016 all over again.

This might win the award for Most Innocuously Powerful Card Spoiled (too specific of an award, maybe). While a 4/4 flier for 2UU is a passable rate the "Scry 3 at the beginning of your first upkeep" if revealed from your opening hand clause is a giant boon, especially in post-board games. Sphinx of Foresight seems initially unexciting, but Scry 3 for "free" will subtly add win-percentage points in a format where the opening turns are SO crucial.

On top of directly affecting your first three turns, Sphinx could also let you run a more spell dense deck by cheating on lands. I'm very high on this card -- I desperately want to live the scry 3, then scry 3, then scry 3 dream if I have three in my opener. I think the only thing holding it back is finding a deck that can want or deal with the 4/4 flier for 4 downside. Maybe a Disrupting Shoal strategy?.

Not to be forgotten, Sphinx also has some synergies with Heartless Summoning too. I could see that being the first place most people try it, but I've got my sights set on a Delver of Secrets strategy.

I am a gigantic fan of this card; there are some great potential memes here.

Pestilent Spirit turns Electrolyze and Forked Bolt into their best versions always. Turning Electrickery into a 2 mana insant speed Plague Wind is something I very much want to do. Essentially, it is a creature version of Basilisk Collar that effects spells instead. It's potentially very interesting in conjunction with Soulfire Grand Master (Soulfire being a 3 mana play and Spirit being a 4 mana one, to ensure value from their text), but it could also see play alongside Collected Company as an evaisive threat or deathtouching roadblock. Menace on a flier represents a lot of potential damage against some decks, too.

Just when you thought your Delver friend was FINALLY going to shut up about Delver in Modern, Pteramander gets spoiled and ruins your day. One of the biggest issues with Delver, before Treasure Cruise broke the archetype, was that sometimes you just spun your wheels and never found a threat. In a deck that can reliably fill the graveyard with instants and sorceries, Pteramander starts looking whole lot like a flying Gurmag Angler. A mid-game 5/5 flier for UU is NOT magical dreamland here.

I'm not sure if this will reignite the Delver hoards, or even take much play percentage from the Wizard's Lightning decks, but I do know that Delver players will be out in force in the coming weeks to find out. Maybe even with 4 Sphinx of Foresight too.

Spoiled to a loud sigh from a lot of players (people in my playgroup were especially sad), Kaya, Orzhov Usurper is no Liliana of the Veil or even Liliana, the Last Hope. While not as powerful in a vacuum as Liliana, Kaya's first two abilities are actually fairly relevant in Modern right now.

She interacts well with Hardened Scales because of the deck's shocking amount of cards at CMC 1 or less. She can catch graveyard decks with their pants down game 1. At least I expect she will with Arclight Phoenix strategies, probably not Dredge. Sloppy Krark-Clan Ironworks might be surprised to find out exiling a Pyrite Spellbomb is possible if they are unprepared. Kaya also acts as removal for Humans' scariest early plays (Aether Vial, Noble Hierarch, and Champion), hoses Lantern, can snipe a Death's Shadow, and can severely hamper some Amulet draws.

All that being said the card isn't a slam dunk. There are certainly board states where Kaya resolves, ticks up a few times, and does nothing. I like pairing her with Abzan's disruption suite as another catch-all option that threatens to win the game. Her ultimate isn't sexy but it can steal games even without Rest in Peace shenanigans. It may not be the obviously amazing card everyone wanted, but there's definitely a place for Kaya in Modern right now.

Dovin, Grand Arbiter is an interesting card to me. The +1 is the very definition of a do-nothing ability, unless you can reliably reach his ultimate. Dig Through Time has nothing on Dovin Through Time. The -1 for a 1/1 flier that gains you one is a step in the right direction, but three 1/1 fliers and three life isn't the most exciting way to spend three mana especially when you can only get that over three turns.

A tempo-flier strategy might be interested but I think the ultimate isn't realistically attainable enough to be factored in. If you've been able to plus Dovin that long or attack with that many creatures, the game should basically be over already. Sadly the ultimate seems balanced for a game of Commander rather than Modern. This card lives and dies with it being a strange mashup of Bitterblossom and Lingering Souls, plussing only to ensure it can keep pumping out thopters. At three mana, I'm not sure if that's good enough but I've definitely been wrong before. I could see this getting run in UW Spirits, Thopter Sword, or maybe something spicy like Shape Anew.

Training Grounds has seen play in Modern before and having a Training Grounds that can be hit by Collected Company and Chord of Calling might get people thinking. If you enjoy using Eldrazi Displacer, Walking Ballista, or Duskwatch Recruiter, Biomancer's Familiar is likely already on your radar. It's sad that the other ability is tied to Adapt and not something more Modern playable, but I still wouldn't be surprised to see people testing it in Devoted Druid combo decks.

This card is very likely not good enough to write about here but gosh darnit, a weird card that "punishes" mana dorks and buffs Cryptic Command and tap effects is right up my alley. I also find it unreasonably hilarious that Wizards thought that its 5 mana tap ability was too powerful to target fliers (not that I imagine using it much anyway). A responsible Magic player will maybe put this in the sideboaord once before realizing they've wasted a sideboard slot. An insane Magic player will build an entire deck around it as a card advantage engine.

We are talking maindeck Downpour ... please, someone stop me from doing this.

All of these cards just barely missed the cut. Each one is either too vanilla to talk about or ever so slightly less interesting to me, but the cards here still deserve a shout out.

That's it! I've really enjoyed writing about new set releases and I hope to keep it up with the next set. Until then, this is Tier Fun --Your Guide Through Modern-- signing off. 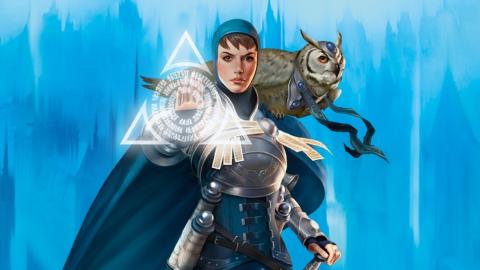 Lord Tupperware provides his initial thoughts on Ravnica Allegiance Limited, ranking the guilds and providing tips on what to run out an what to avoid. 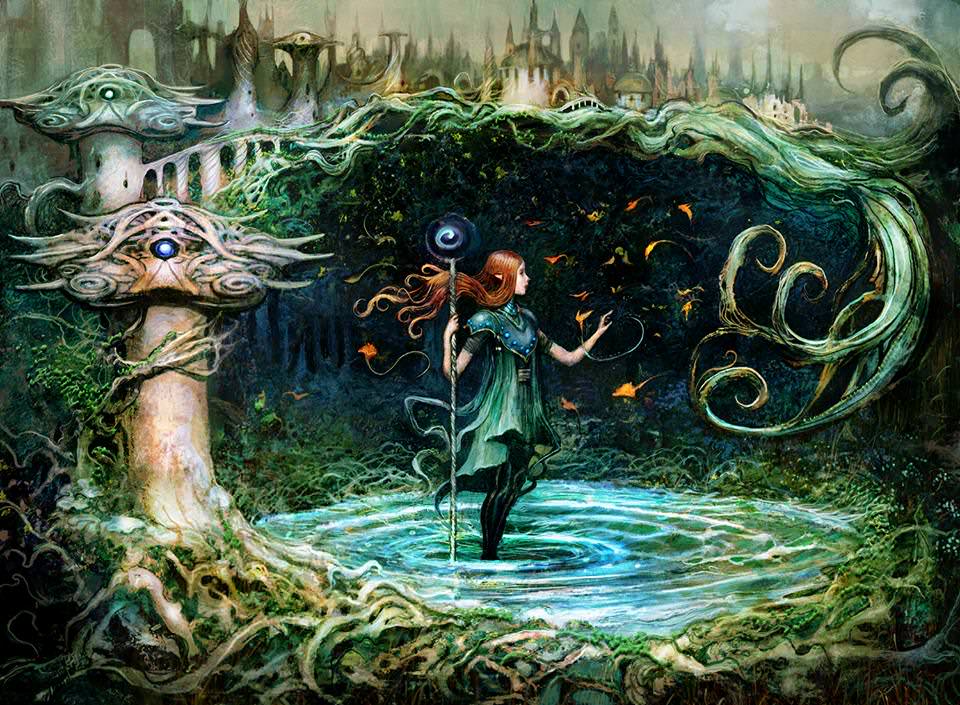 Cardsphere's got a new year, a new draft simulator, a new million dollars in cards sent, and big plans for 2019.

Trading Posts
—
Ravnica Allegiance: The "Under the Radar" Modern Review
Share this