I've got a bit of "bitter old man syndrome" in me, so that made this article difficult for me to write.

If my author picture didn't give it away, I'm older than the "average" MTG content creator. Not "ok boomer" older, but older. Yet the online community is, much like Bane, where I was born... where I learned to breathe. While Twitter and other social media sites can be a cesspool that makes your life worse (and I'm firmly in the camp of Cal Newport's Digital Minimalism on that), I live online. I see all of that stuff:  good, bad, and indifferent. And along with online culture comes lots of people who I don't really know appearing in my timeline talking about mental health and their current state thereof.

Talking about mental health issues isn't stigmatized any more. And this has taken a bit for me to get used to. I've been going through a rough few months, and it's made me take inventory of my habits, my thoughts, and the way I go about the day-to-day activities of this here thing called life. And while I don't live the same MTG life that a lot of the grinders and "celebrities" of the game do, I have eyes. I can see it.

I see people who despair about the number next to their username.

I see people who worry every four weeks that they can't take a few hours off for a break because their ranking is going to decline.

I see people who base their self-worth in the color of the emblem next to their name or lose their mind when a random electronic shuffle that YOU DON'T EVEN GET TO SHUFFLE WITH YOUR OWN HANDS doesn't turn over the right card at the right time.

And it's a problem. Now, a temporary problem is not a problem: it's a challenge. When you decide to put your head down and grind and tweak and brew and grind and grind, it's just life. You have goals. You want to reach those goals. And there are times when goals don't meet the nine-to-five full-time job. I would never try to talk anyone who wants those things out of it.

But please understand, this isn't the same game you were playing two years ago. It's just not. You're working inside of a system that has been programmed and built to keep you working past your limits, both financially and mentally. And you (yes, even bulletproof indestructible you) should understand what's changed and what you're getting yourself into.

While we've been complaining about the schedule changes that have been made seemingly a hundred times in the past few years to the competitive MTG calendar, the advent of Arena has been the biggest one. And, strangely enough, it's also the one that affects most grinders the most. Yes, there were "grinders" back in the day and still in paper today. But grinding used to mean getting out there on weekends to the shop or heading to a nearby town for a PTQ or maybe less often getting on a plane to a big tournament. But there were still days off. There were times when not only WEREN'T you playing Magic, but you COULDN'T play Magic because there was no competitive Magic to be played.

Now you can play competitive, meaningful magic all day, every day. When you're trying to get to the place where you'll be in the qualifying tournaments, every one of those matches count. The faster you get to Mythic, the faster your Mythic ranking can go up. The faster that happens, the faster you can maintain your place in the world.

But there's this thing called "opportunity cost". Whenever you choose to do something in life, it has a cost. The cost of your choice is whatever it is that you gave up to do it. And that cost works both ways. When you get that eight-hour grind on to get out of Diamond 1, the cost might be a bunch of sleep. Or time with friends or loved ones. Or working on that side hustle that you've been talking about for a while. Now, it might be worth it to you. If the cost is worth what you're doing, then that's great. But it's good to understand that there is a cost. This is also a blessing, insofar as if there wasn't cost it wouldn't provide value to you. You wouldn't care about this game at all if it were just a lottery, if every Arena player registered once a month and 500 random players made the qualifying tournament. You wouldn't be posting that "accomplishment" online, and you'd giggle at anyone who did. "I won that slot machine jackpot because of my #skillz." Yeah, right.

At the highest levels, you are punished for taking time off

Thankfully, at the level that I play at (the "rogue deck builder who can't play anything tier 1 for more than an hour without getting bored"), I don't suffer this punishment. My Gold Fill-In-The-Blank rating doesn't change if I don't play for a day or two because of family issues or other things. But that is not what happens at the Mythic rankings that get you qualified for bigger and better things. Instead, it's a version of Ricky Bobby's "if you ain't first, you're last": if you're not winning games and gaining ranking places, you're losing them. So now you're fighting on two different fronts: you not only have to WIN, but you have to KEEP WINNING. And I'm not saying that I have experience at this in Magic (because I don't), but there's additional pressure when the games count to that extent. When I play Overwatch and you click on "Competitive Play", the blood pressure goes up a little. This game COUNTS-counts.

Now in Arena, those games are always running. And if you decide to take some time off, your ranking goes down. Other people have gained points and you didn't. So you play when you don't feel like playing. You get into that queue over and over again. Two hours becomes four becomes six. If you lose, you decline. If you don't play, you decline. It's rough.

I'm making a game sound like a job, aren't I? When you're playing at the highest levels, it is. But. But. But.

Take care of yourself anyway

I'm not saying this because I don't want you to succeed. I do want you to succeed. And I know it's hard. But I care about you enough to want you to see success farther out than the next season or the next year or the next tournament result. And if there are times when you need more than just a random dude on the Internet writing an article to a hypothetical "you", get it. Reach out to a friend. Call a loved one. Hell, message me. I'm on the Internet. I'll talk to you.

We're all going through this wilderness called life in one way or another. 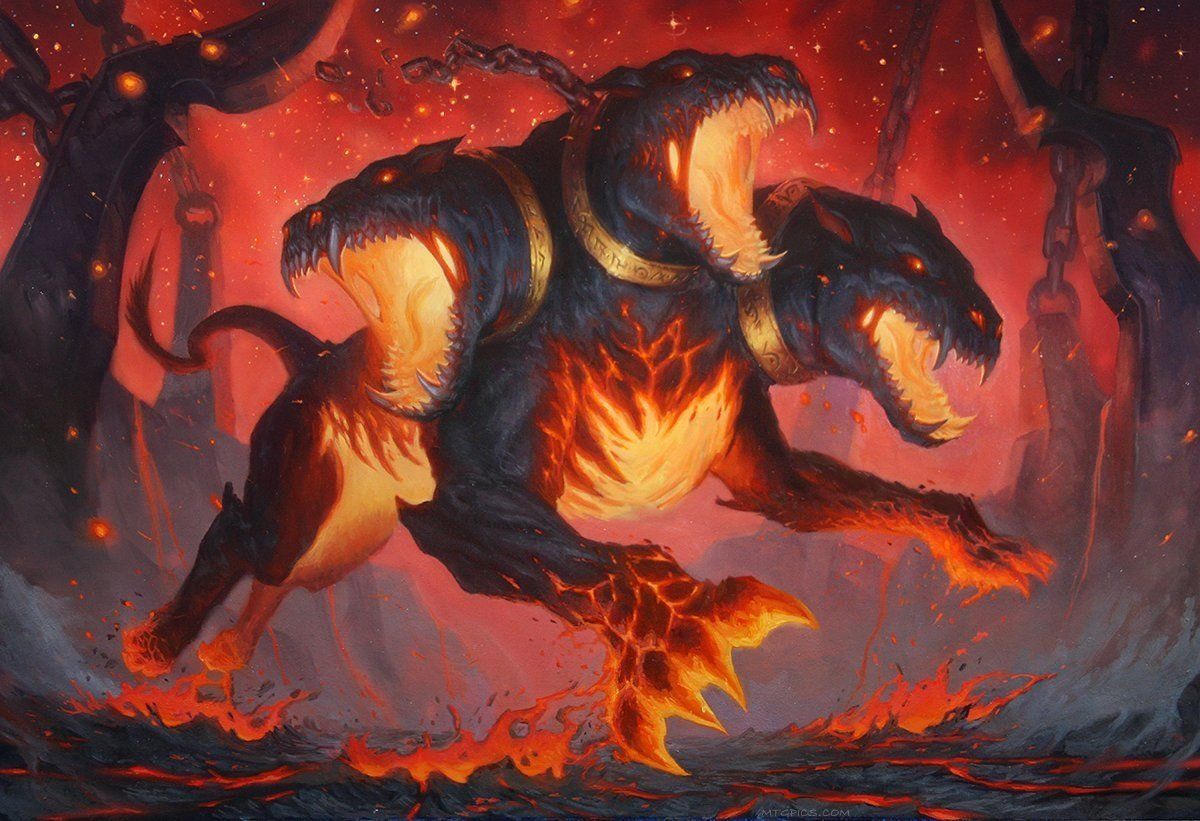 Lord Tupperware examines Escape and how it, and other graveyard strategies, affect deck construction and gameplay. 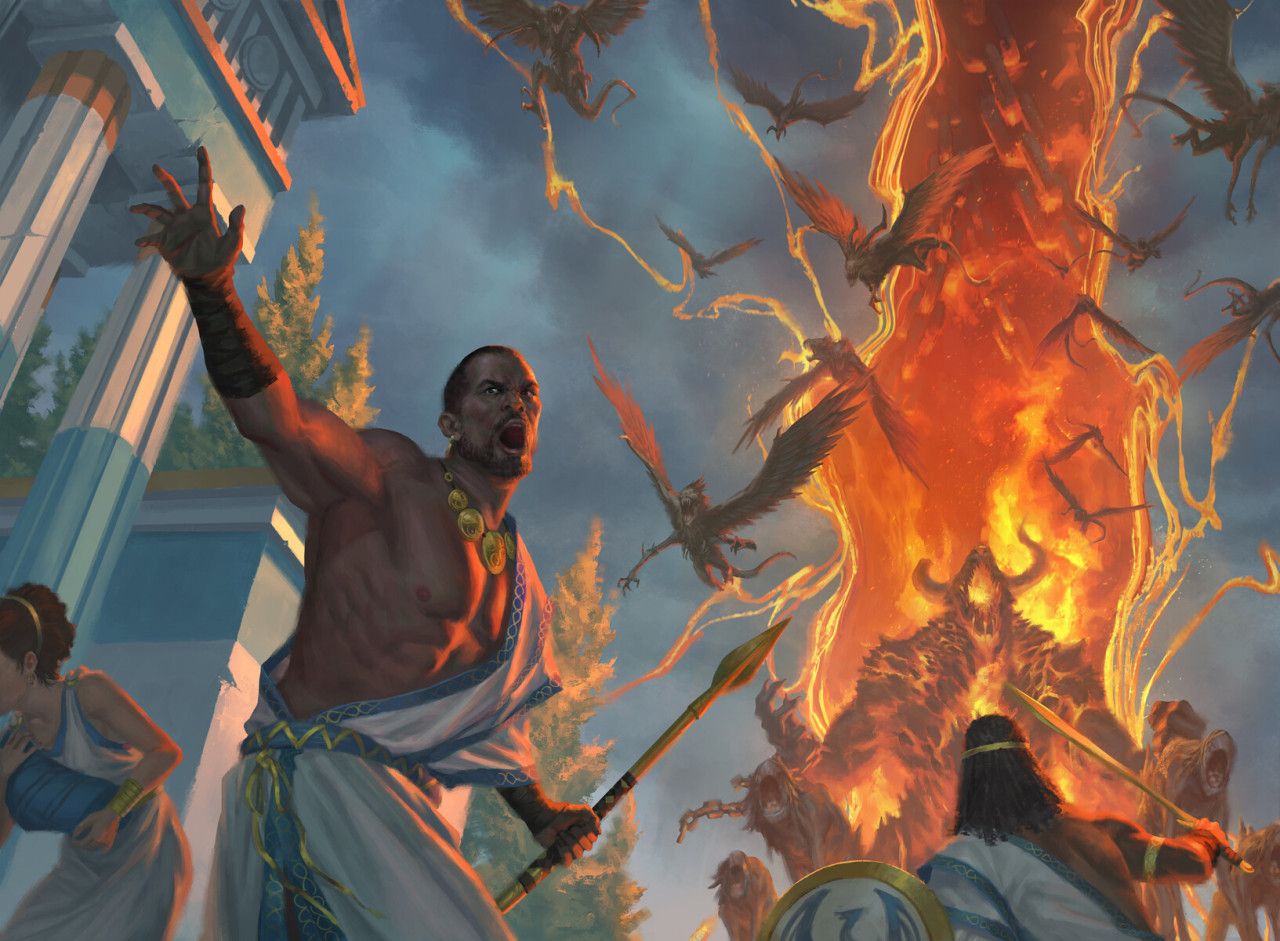 Guillaume Robert once again scrutinizes the Pioneer metagame, and discusses established and upcoming technology to deal with Inverter.