I have to admit, I’m surprised that there’s an actual, honest-to-goodness Trading Card Convention happening the last weekend in June and then in the middle of August. I didn’t think we were ready for that, pandemically speaking. Then again, stores are reopening (unless your favorite LGS closed permanently during the pandemic, RIP Eudo) and we’re starting to see people, well, Gather.

Generally speaking, spending habits during the last 18 months or so have really been focused on collectors and Commander players. This makes a lot of sense, as there’s no point buying Modern cards when you can’t use those cards. Spelltable is fantastic for the loosey-goosey nature of Commander, but for tournaments at home, it’s MTGO or bust.

But if events are back, can we make some savvy moves in anticipation of what comes next? I think so, and it’s informing my spending right now.

Standard is the hardest to predict, because frankly we are one set away from rotation, and what’s rotating is a powerhouse set of blocks. A peek at the MTGO metagame reveals some spicy things that have the potential to go up. I’m looking for things that are ideally in a lot of decks, have a high number of copies when in a deck, and especially aren’t rotating.

Goldspan Dragon is the first thing I thought of. This has another year before it rotates, hits like a truck, and has all sorts of synergies with the Treasure token. Currently available around $20, I’m expecting this to see a big jump sometime this fall and winter. In the same vein, If Goldspan is good, look for Galazeth Prismari to be close behind, and that’s available under $10.

Faceless Haven is going to be a thing in mono-color or snow-heavy decks for the next year, and aggressive creaturelands are an excellent payoff when a whole lot of sweepers are in control lists. Keep in mind that it’s still a land, and a surprising number of cards can’t interact with it as a result. Brazen Borrower is the main one that comes to mind, but there’s others as well. The Haven is plentiful at $2, and I like it to be $5 by Christmas.

Alrund’s Epiphany is a finisher of choice in a lot of decks, as well as a popular Emergent Ultimatum target. It’s a mythic, it does something that lots of decks love to do, and it’s a popular Commander card to boot. You can get it for just over $7, and I’m pretty confident that it’ll break $10 and be knocking on $15 before it starts to decline again.

All three of these are Kaldheim cards, and keep in mind that they weren’t opened in large quantities by individuals. There were no FNM drafts, no GPs or side events. Lots of Collector Boosters were opened, but we’re looking at a massive gap if these cards become popular in person.

Pioneer was driving everything before COVID shut everything down, and that metagame isn’t exactly solved. What I’m looking at there is Fabled Passage, by far the best fetchland in the format, and a card that’s about to rotate out of Standard. It’s got a great chance to get cheap again, at which point I’m tempted to pick up large quantities, especially if it gets close to $5 as it has already done once.

I’m also looking hard at Bonecrusher Giant, which is all over the place in Pioneer. As rotation approaches, there’s likely to be a bunch of these showing up, and picking up bricks for future buylisting is absolutely the way to go here. There’s a whole lot of them out there, but there’s also a whole lot of Magic players who’ll need a playset. Prepare accordingly.

Thoughtseize, though, is the card I think is in the best position to go absolutely nuts. It’s in a huge array of decks in Pioneer, Modern, and even Legacy. It was available for under $15 right after the Double Masters printing, and we didn’t get that many copies in Time Spiral Remastered. You can still get it under $20, either the DXM or the Theros versions, and that’s the easiest money I see out there right now. When paper play returns, this will be one of the premier cards across those formats.

Inquisition of Kozilek is near its highest price ever, making it hard to get in for a profit, but the cheapest versions are still under $4 and that offers a lot of appeal as discard spells 5-8. I’m not sure Grief will get there, but I’m letting the most of the MH2 market cool down farther before I go looking for deals.

Finally, speaking of cross-format staples, we do have to talk a little bit about fetchlands. Modern Horizons 2 has lowered the prices of all of the enemy-colored fetches. The blue ones are down about 20% since the reprint, and I don’t think they are done falling yet. There’s a lot of time to open these before we get to Forgotten Realms, and the next four weeks or so is probably when you want to get all of your personal copies. Finish getting them for all your Commander decks, snag the right Triomes to go with them (my personal favorite targets), and then stock up on spares to trade away when they’ve crept back up above $70.

Generally, I don’t advocate for cards that I only intend to trade, but Cardsphere’s low fees are exactly where I want to be when I’m picking up cards for 90% of $50 and then I’m going to send them away in six months for 90% of $75. Easy money is easy money. The two blue fetches have all the attention and the highest prices, but even unloved runt of the litter Arid Mesa is a respectable $30 and will get above $50 again. 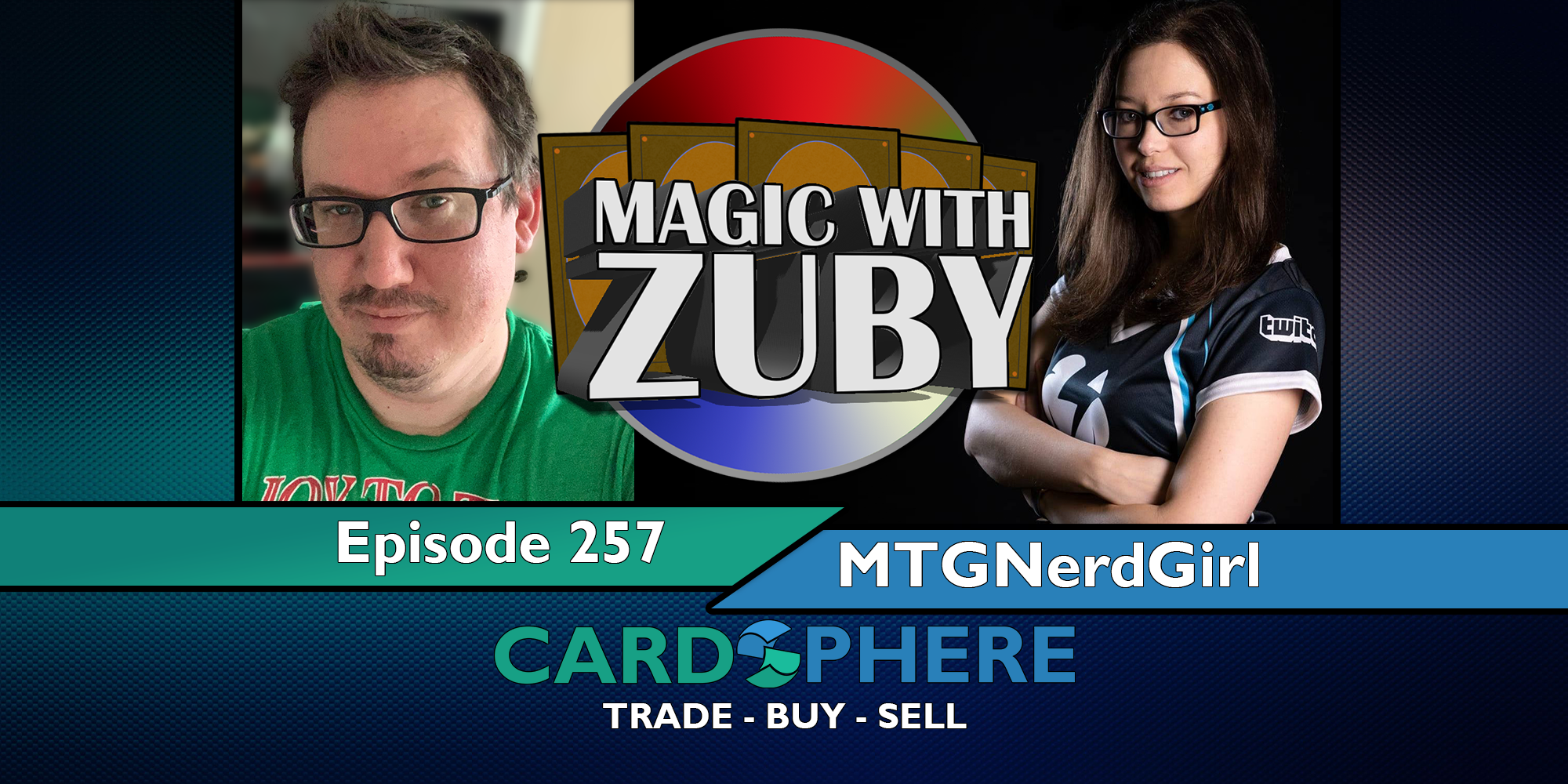 This week we brought on the amazing Twitch streamer MTGNerdgGirl! NerdGirl is best known for streaming Magic but is also an accomplished Limited Magic player as well. We discuss a lot about her career in streaming and magic and much more. Please help me in welcoming NerdGirl to the show! 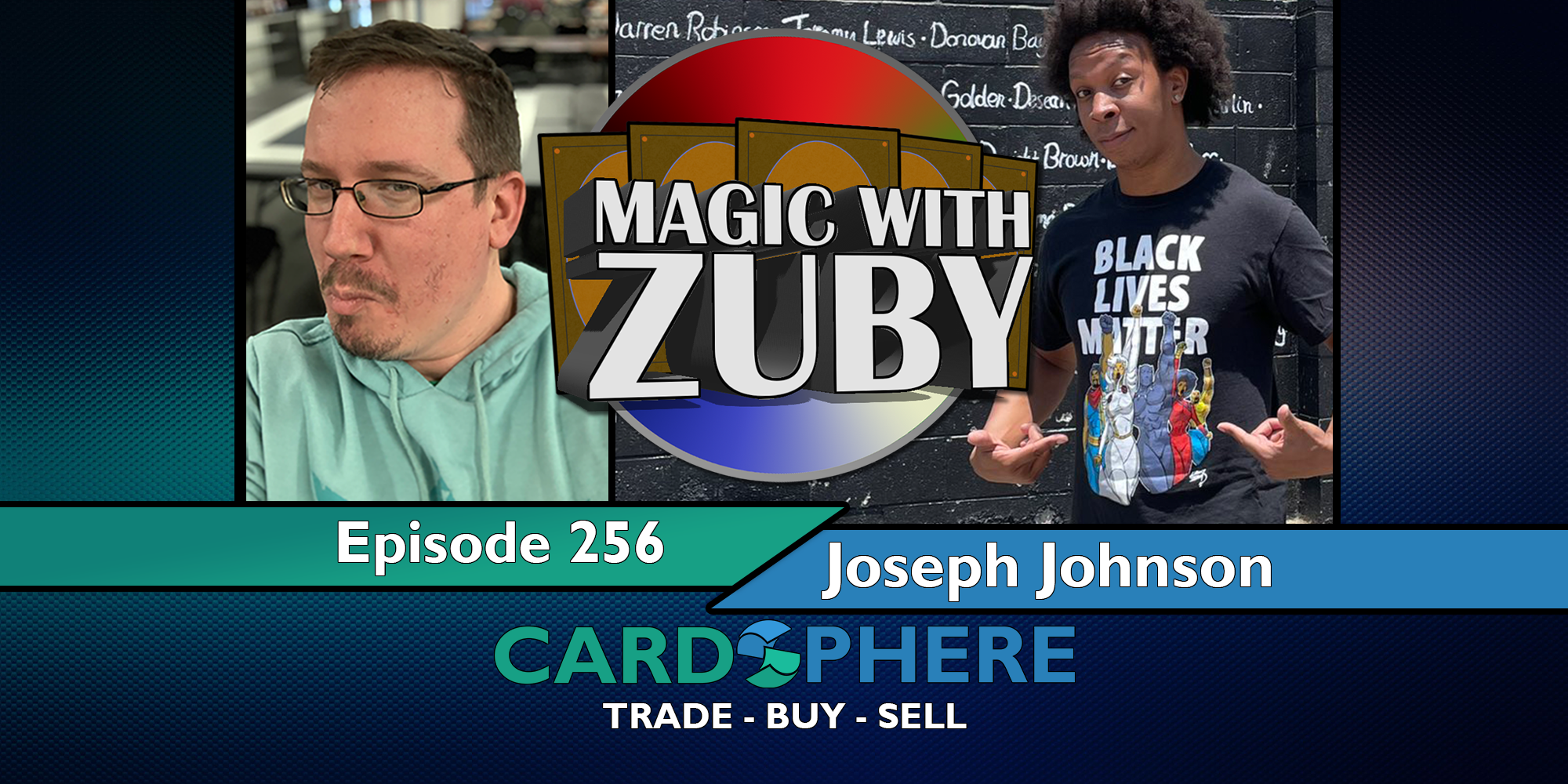 This week we brought on Joseph Johnson, aka Blackneto of I Hate Your Deck fame! Joseph Johnson is also an actor and has starred in such series like The Orrville, and Criminal Minds. Please help me in welcoming Blackneto to the show!